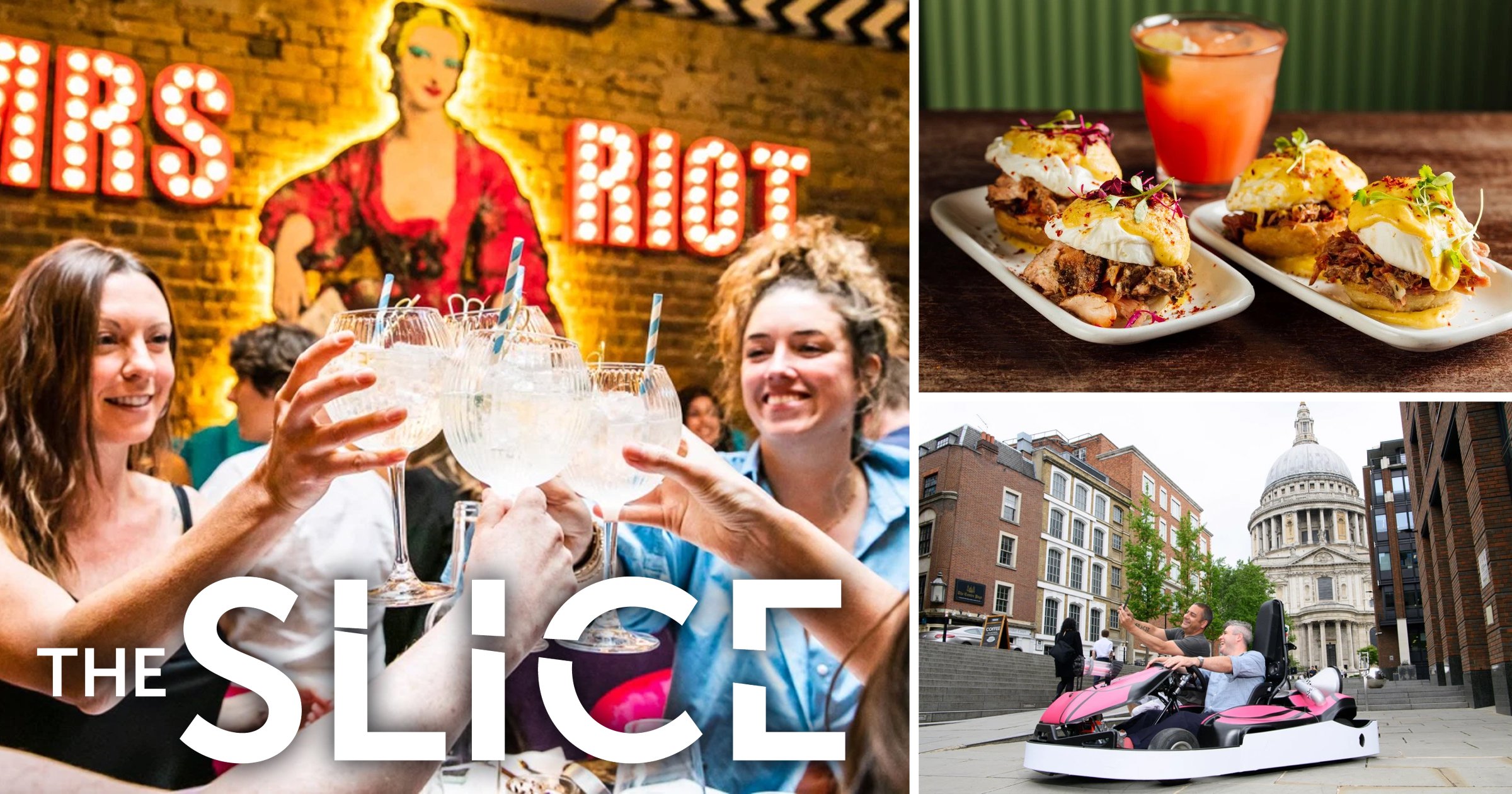 Wimbledon, Euros AND National Barbecue Week! What more could you possibly wish for?

Gourmet BBQ boxes to save you a supermarket trip? You got it.

We can even point you in the right direction for augmented reality go-karting and a huge, free food and drink festival with a view!

With all that going on, who needs July 19 to look forward to?

Give Mario a run for his money

A real-life go-kart — a posh one — combined with augmented reality? We don’t know if our nerves can stand it!

Who are we kidding? We love this stuff!

Basically, Chaos Karts like being in a real-life video game where you compete against others in a kart that‘s fitted with everything you need to make it feel like the real deal, with a choice of circuit designs, a pumping soundtrack and a stock of ‘weapons’ so you can beat the brown stuff out of your competitors as you ‘race’.

All this from the people who brought us the Crystal Maze! You still have a few weeks for excitement to build, but we’re telling you now ’cos we wouldn’t leave booking your slot too darn long if we were you.

Kick off with Kitty

Anything that’s called Mrs Riot has our name written all over it (after a few drinks anyway!), so we will be among the first to hoof it down to Henrietta Street, in London’s glittering Covent Garden, to pay homage to Regency rebel Kitty Clive, who inspired the place — and not just because it’s hosting ‘the capital’s first and only vegan cupcake drag queen bottomless brunch’ either.

We’ll also be there for its quirky Instagrammable interiors, bespoke cocktails made with the best of the best, curated wine list and live music — up to and including an accordionist — and general entertainment across two levels, two stages and an al fresco terrace.

All this slap bang in the middle of where we want to be anyways. Save us a table!

Open all week, brunch on Saturdays

National Barbecue Week! They sprang that on us.

Even better, it’s actually running for two weeks this year — July 5 to 18 — and we’ve found a way of celebrating in style without the soul-destroying schlep around the supermarket before you get your briquettes burning.

Bocca di Lupo, the smart Soho Italian where we have dangled legs at the bar over a dirty — no, filthy! — martini on several occasions, has put together a Grill Box, a pick’n’mix affair where you select a starter and dessert kit then choose from their grill-ready goodies.

There’s spring chicken, 28-day aged ex-dairy cow sirloin, lobster and even octopus… so not your usual bangers and burgers, we think you’ll agree. Fire up the barbie, people, we’re doing it in style!

Available for delivery in June and July

Get your chops around this

If we’re going to go down the barbecue route, we think five courses is an absolute minimum, don’t you? And no, Frazzles don’t count!

But if five seems a little daunting, do what we do and get yourself an On The Table BBQ Feast Box, silly.

It features sharing plates of bruschetta (pronounced ‘broo-sketta’, shall we just clear that up?), a zesty orange and fennel salad, followed by the main event — native breed steak plus lamb and pork chops, served with tzatziki, romesco and salsa verde for dipping.

And you can pair it all with organic and biodynamic wines for less of a hangover!

Working out at around £23 per person, we think that’s pretty decent for grub this good.

Available for delivery every Friday

We already love The Lighterman in King’s Cross and Pantechnicon (we just call it Panties) in Belgravia, so we’re well excited at the prospect of a pop-up bar and BBQ from the Open House team behind those two top hang-outs.

It’s at Television Centre, which is over in White City, it’s called Solar Pergola and you can dip in from Thursday to Saturday.

They’re promising bespoke drinks such as Aperol and elderflower spritz, BBQ foods of the meaty and vegan varieties, and huge screens for the watching of Euros and Wimbledon as well as movies.

Oh, and there’ll be live music. We might just move in!

We pity anyone going to StrEATlife, the food and craft beer festival that sprawls across two weekends up in north London in August.

Seriously, how are you possibly supposed to choose what to eat? Mexican, Indian, Neopolitan, BBQ, vegan BBQ, vegan BBQ pizza… 30-odd street vendors lined up on the south terrace of Ally Pally, where the views across London are eye-popping.

Add acoustic performances, DJ sets and live bands and you’re looking at a total blow out. And entry is free! They are truly spoiling us.

It’d be Rudie not to!

We’ve done all kinds of bottomless (keep your minds out of the gutter, please!), but even we don’t think we’ve indulged in a bottomless rum punch brunch (try saying that after a couple!).

But we certainly will now that Rudie’s Jerk Shack, down in Brixton Village, has come up with the idea.

There you can tuck into Jamaican brunch dishes such as charcoal-grilled, 24-hour-marinated jerk, ackee and saltfish, lamb sausages, baked butter beans, boiled green banana and bakes (they have more trad stuff such as eggs Benedict as well) and top up with Rudie’s trademark punch, made with Kingston 62 — a rum with a 300-year pedigree.

It’s like being in Jamaica, but you can get there by Tube!

Hackney is getting dead fancy, let us tell you. And the latest addition to the Hackers scene is the Hackney Coterie (we’re sure there should be an accent on that ‘o’, though), a warehouse brasserie and wine bar from Anthony Lyon — of esteemed seafood eaterie Lyon’s fame.

He’s roped in sommelier and sake master Kelvin McCabe and Dominic Auger of HIDE in Mayfair as his head chef.

The decor is all brick walls, concrete and greenery — well, this is Hackney: standards are high for cool interiors — and it’s coming mid-July, so you need to get your booking sorted quicksticks, especially if you want to bag yourself a table on that outside terrace.

Or just pop in and stock up from the wine shop and deli.