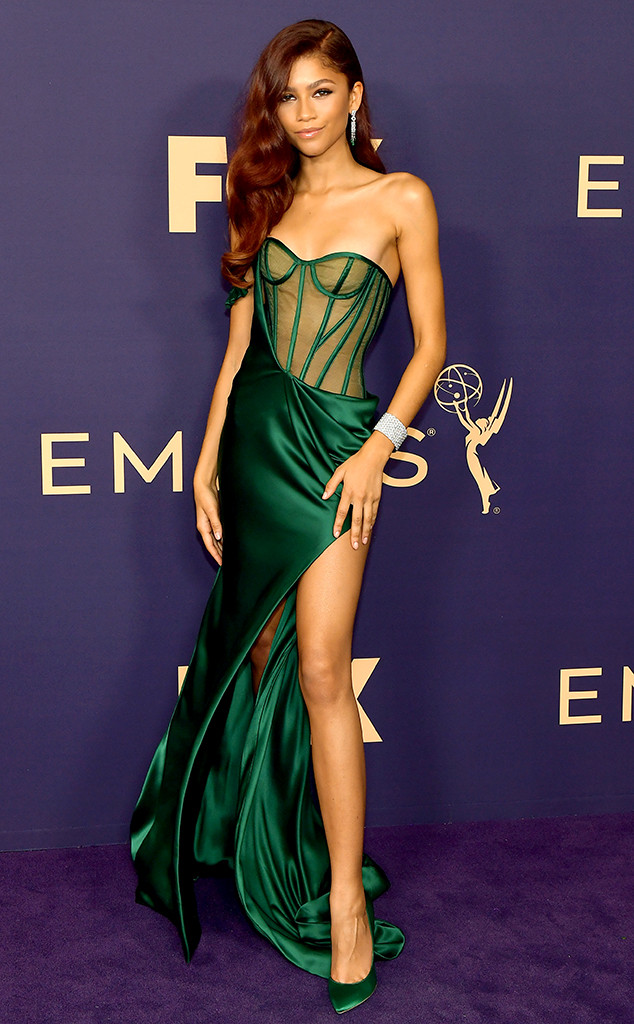 Zendaya is taking the 2019 Emmys by storm with her daring and dazzling emerald gown, and it’s safe to say that jaws dropped when she walked the red carpet on Sunday night at the Microsoft Theater in Los Angeles. While bright pink, baby blue and red were the hottest trends, the 23-year-old star took a different route and totally knocked it out of the park.

Her mesmerizing design featured a body-hugging corset top that was sheered out to look like her skin. The one strap on her dress had leafy details that gave us Poison Ivy vibes. If anything the Euphoria actress exuded the iconic villain, as she donned dark red hair that complemented her striking green gown.

Many others noticed the resemblance, too. “zendaya as poison ivy is a literal concept,” one fan tweeted. Another added, “zendaya as live action poison ivy…. i would like to see it.”

It appears Zendaya’s go-to stylist Law Roach also had the same idea, as he shared clips of the villain on his Instagram Stories.

Of course, the 23-year-old actress always shuts down a red carpet with her audacious fashion and this year’s Emmys was no different. Recently, she brought down the house during Fashion Week after presenting her latest collection with Tommy Hilfiger. The runway was full of bold suits, snakeskin prints and so much more.

With awards season coming in at full force, it will be fun to see what else Zendaya rocks on the red carpet.