APPARENTLY, your McDonald’s meal can be improved once it’s taken home to be consumed.

A fan of the fast-food chain revealed their method for making McDonald’s beloved chicken nuggets even crispier – it just takes a popular cooking tool. 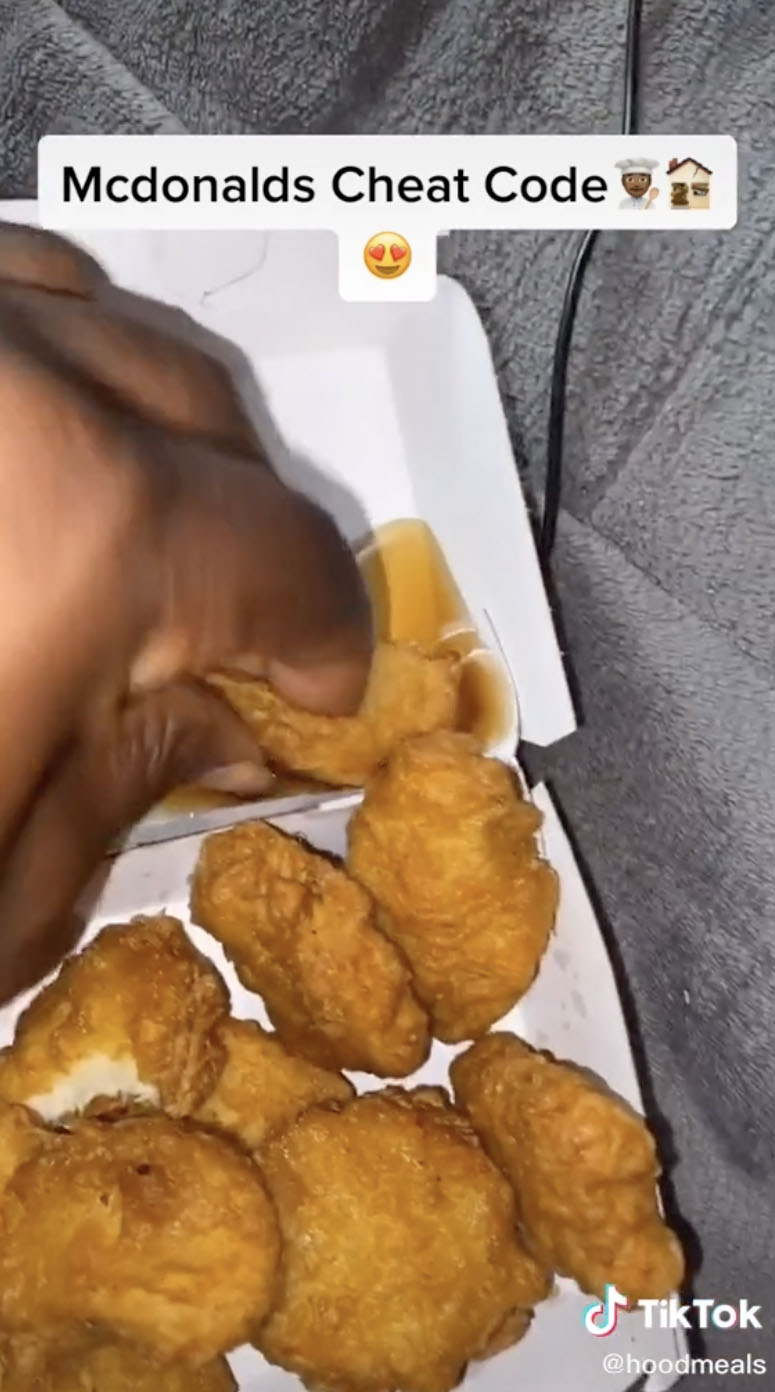 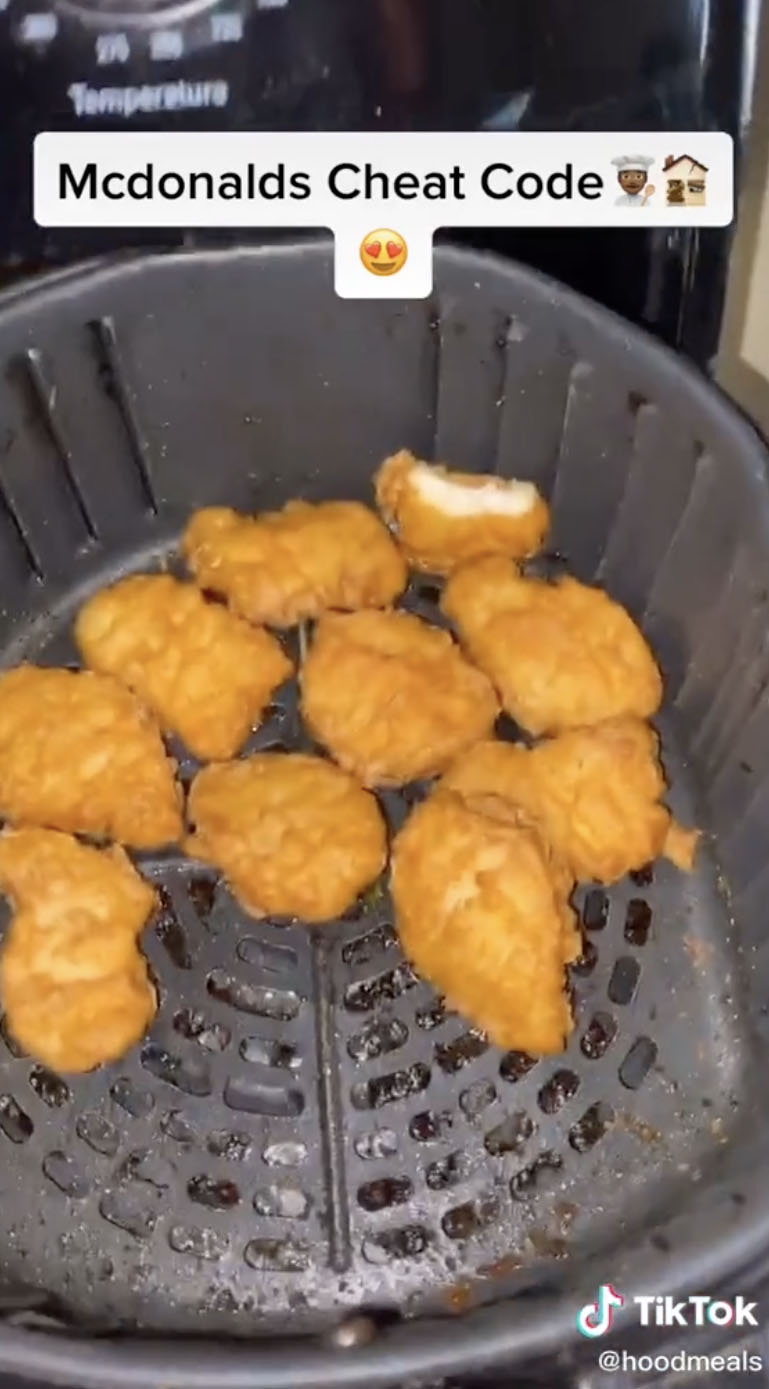 The person, who goes by @hoodmeals on TikTok, claimed they had the ultimate “cheat code” for taking McDonald's McNuggets to the next level.

They simply popped them in an air fryer, which made them noticeably crispier.

For the ultimate flavor explosion, they then used maple syrup as a dipping sauce – although not everyone agreed with that tactic.

“You lost me at the syrup,” one viewer complained.

Another shared the same sentiment and wrote: “I’mma pass on the syrup.”

A third person wondered why they didn’t use syrup from McDonald’s in the video.

I was incontinent so I got a £4k designer vagina, reveals Nicola McLean, 40

However, it seems like the air fryer portion of his hack was left largely uncritiqued.

In fact, one user even claimed the video was “Karen approved.”

The video, which received nearly 300,000 “likes,” even grabbed the attention of McDonald’s Canada.

However, they were more focused on the half-eaten chicken nugget that made it into the video.

“We see that half bitten nugget,” they wrote.

For those now hungry for some McDonald’s, there are some tips and tricks you may want to know about before heading to the store.

A man who claimed to be a former employee revealed his recommendation for making sure you receive fresh burgers and fries every time. 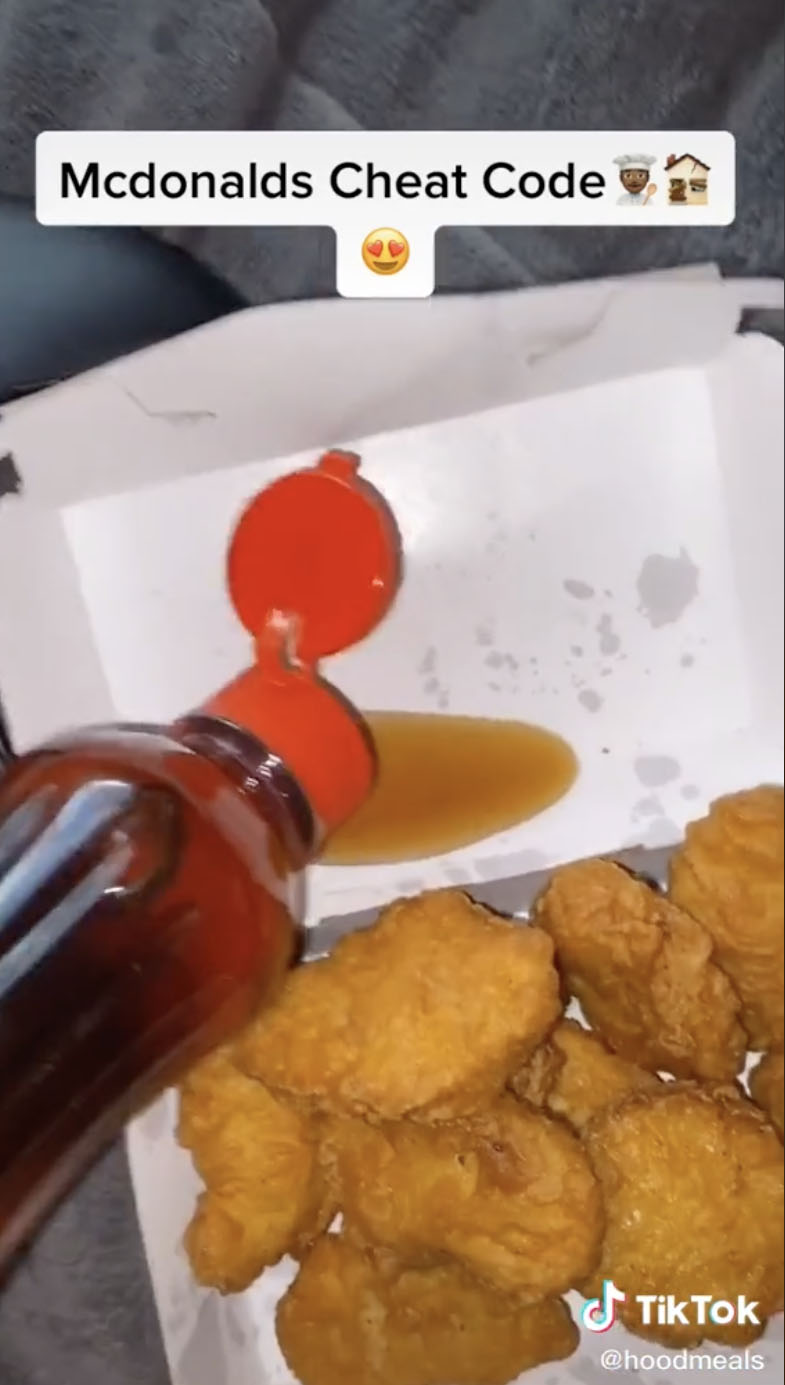