Private social clubs would seem to be a perfect match for Los Angeles, where the best parties usually happen behind closed doors. But until recently, the main game in town was the Jonathan Club, which was founded in 1895 and barely registered among the young, dewier set. Everything changed in 2010, when Soho House opened in West Hollywood and became a see-and-be-seen hangout for Hollywood deal makers. Now, a surge of members-only clubs (many from London) are opening across L.A., appealing to enclaves as diverse as the city itself. Here are six of the buzziest. 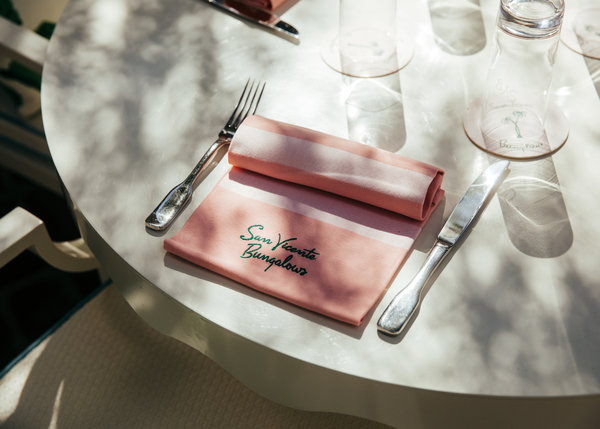 Jeff Klein, a bicoastal hotelier with a gilded Rolodex, opened this ultraexclusive club in January, after a “soft launch” in December. The Bungalows made a social splash in February with an Oscar preparty hosted by CAA, the Hollywood powerhouse agency, with Melissa McCarthy and Ava DuVernay on hand.

Secret Handshake: Good luck, mere mortals. This V.I.P. oasis doesn’t even offer an online application. “A member would need to nominate you for consideration,” said the person who answered the phone.

Ejection Button: Mr. Klein said that a tantrum could get a member blackballed. The “no pictures ever” policy is for real; a concierge places a sticker over the lens on camera phones.

Slated to open this month, the latest outpost of Soho House will occupy a former plumbing supply warehouse and will be the first to hit the flourishing Arts District of downtown Los Angeles.

Secret Handshake: Those denied entry to the West Hollywood mother ship might nab a slot here. This branch is seeking members from the city’s east side, including Los Feliz, Silver Lake, Echo Park and downtown.

Bump Into: Regulars at the West Hollywood hub like Amy Adams, Jenni Konner, Jesse Tyler Ferguson, Shonda Rhimes and Ron Burkle could make their way down to see the new digs.

Unique Perks: A rooftop pool, three restaurants, six bars, a bi-level gym with outdoor space (yoga at sunrise!) and 48 guests rooms make this the first full-service Soho House in Los Angeles. (The West Hollywood outpost, along with a newer one in Malibu, do not have rooms or a gym.)

Ejection Button: Photos are forbidden, though plenty of violators can be found on Instagram. Cellphone callers are banished to special outdoor zones.

Originally founded in London by Paul Allen (the co-founder of Microsoft) and Dave Stewart (of the Eurythmics), the h Club opened an outpost this February, at the famous corner of Hollywood and Vine.

Secret Handshake: Applications are accepted online, and personal referrals seem to guarantee a slot. (Full disclosure: That’s how I got in.)

Unique Perks: There are co-working spaces, plus a gym, pool, Japanese tearoom, recording studio, screening room and 35 guest rooms. A large rooftop offers a restaurant helmed by celebrity chef Kris Morningstar and postcard views of the Capitol Records building and the Hollywood sign.

Ejection Button: Photos, even discreet selfies, are a no-no. “I got in trouble for taking a picture in the pool last week,” said Chris McGowan, the president of arts and entertainment at Vulcan, which owns the h. Club. “That’s a rule you can’t break.”

This “matriarchal oasis” is named after Jane Addams, a pioneering 20th-century social worker from Chicago, and opened in April with a splashy party that lured Charlize Theron and Kelis.

Secret Handshake: Men can visit, but only women can join this co-working clubhouse. Introductory tours can be booked online.

Annual Dues: Membership starts at $250 a month; $5,000 for “Power Jane” status, which includes use of a private office.

Ejection Button: While this club is geared toward working mothers, children are not allowed as plus-ones. “The Jane Club is a sacred space for women to work and to be,” said June Diane Raphael, an actress and a co-founder of the club.

WeWork meets the Wing at the AllBright, a women’s club on Melrose Place. Started by Anna Jones (the former chief executive of Hearst Magazines U.K.) and Debbie Wosskow (an entrepreneur), the first AllBright opened in London last year, and appeals to female business owners, executives and creative types.

Unique Perks: Set on leafy Melrose Place, the three-story clubhouse has a restaurant, offices, meeting rooms, a gym, a beauty salon, a screening room and a rooftop lounge.

Ejection Button: Outside food or drink is prohibited. The club also encourages members to stash laptops at 5:30 p.m. and start networking. But “if you want to turn up to our club, do a workout, have a blow dry, have avocado and toast for breakfast, and then go, that’s absolutely fine too,” Ms. Wosskow said.

This London import has even more pedigree. Founded in 1863 by Charles Dickens, Auguste Rodin and other artists, the Arts Club plans to open a sleek, nine-story playground on Sunset Boulevard backed by Gwyneth Paltrow.

Secret Handshake: Not slated to open until 2021, so outreach has not begun. But expect Ms. Paltrow to open her Rolodex.

Bump Into: Rita Ora, Ronnie Wood, Robbie Williams and Peter Blake, the British pop artist, are all members of the London club.