The main floor of the Vault, an event space in the Bushwick neighborhood of Brooklyn, was nearly empty. Four people chatted quietly in the corner, the bartender had stepped outside and a person wearing what appeared to be a vintage wedding dress and glitter eye shadow waited for the bathroom to free up. The only hint of what was happening that Monday evening in August was a chalkboard sign outside: “Tonight: MTV’s ‘Are You the One?’”

If upstairs was the calm before the storm, downstairs was the tempest. Dozens of people crowded two rooms, the hallway connecting them and the stairs, trying to catch a glimpse of Basit Shittu, 26, a star of the dating show’s current season. Enacting their alter ego, Dionne Slay, in a studded leotard and heels, Shittu offered a running commentary on the latest episode. 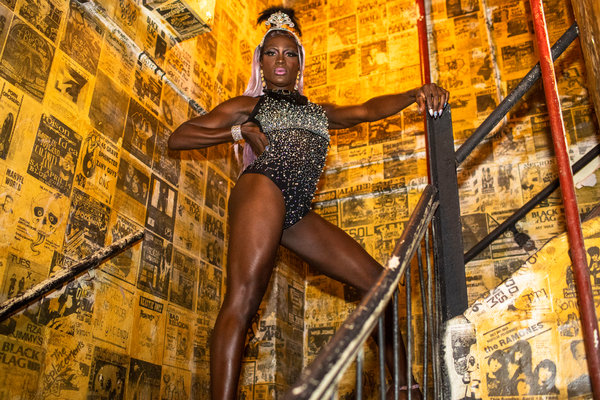 “Are You the One?”, which premiered in 2014, places a group of single people in their early-to-mid 20s in one house. According to matchmakers, who use personality tests, psychological assessments and interviews with friends, family and exes, each contestant has a perfect match in the house. If the contestants can figure out all of the intended pairings by the end of several weeks, the group will win $1 million. They are helped along by challenges that feature dates as prizes, and “truth booths” where one pair at a time can find out if the matchmakers see a future for them.

Like most reality dating shows, “Are You the One?” has been steeped in heterosexuality, until now. On this season, the show’s eighth, all of the cast members are sexually fluid. The change has earned the show exuberant praise and a cultlike following, whose numbers have grown by word of mouth and through social media.

Much of the enthusiasm revolves around the show’s frank, nonjudgmental portrayal of queer relationships. “I think it’s actually done a very good job of it, which a lot of shows in the past that have tackled bisexuality have not done,” said Lauren West, 25, who came to the watch party with her roommate and two friends. Travis Usher, 29, seated to her right, agreed. “I’ve never seen so many black queer people all in one place,” Mr. Usher said. “That’s a big deal.”

Earlier in the evening, before the episode aired, Shittu talked about why the show has been important for audiences. “As a little kid, as a grown person, you need to see yourself reflected in order to feel like you exist, in order to feel like you have meaning in this world,” they said. Shittu, who grew up in a conservative household in Texas, came out as nonbinary and sexually fluid during their freshman year of college. “I learned I didn’t just like kissing girls,” Shittu said. After that, they said, “it was a rainbow life for me.”

Queer representation on reality dating shows has a short history. “In previous reality TV shows, there’s only one gay person or one queer person,” said Josh Burnley, 25, an associate producer for BuzzFeed who calls himself a “reality TV junkie” and has been watching “Are You the One?” this season, in a phone call. “It tokenizes people.”

In the early aughts, MTV gave 16 men and 16 women a shot to woo Tila Tequila, though they didn’t know she was bisexual, or that they were competing against each other, until the second episode of the show. (The star has since said that she was not bisexual and acted “gay for pay.”) About a decade later, “Finding Prince Charming,” on which a group of men competed for one man, aired on Logo. Dubbed “the gay Bachelor,” it sunk in the face of negative reviews.

The actual “Bachelor” franchise has had two openly fluid contestants in recent years: Demi Burnett, who is on the current season of “Bachelor in Paradise,” and Jaimi King, who was on “Bachelor in Paradise” in 2017. Ms. King’s portrayal was met with some criticism; in an essay for Refinery29, Sesali Bowen described it as “a spectacle” that sensationalized bisexuality’s “either-way” possibilities.

Ms. King said in a phone call that although no one placed words in her mouth, she is surprised by the language she used on the show.

“I definitely said some things I would never say,” Ms. King said. “Different phrases, like ‘I could have anyone, I could go any way!’ I’m going onto ‘Paradise’ with all my girlfriends that I was on the show with. I’m not trying to date them. I don’t date my friends. And no one else is bisexual.” (“Bachelor in Paradise” features contestants from past seasons of “The Bachelor” and “The Bachelorette.”)

Overall, her screen time was short. “I feel like I wasn’t even shown besides the fact that they had me on commercials to bump up people’s excitement for the show,” Ms. King said. Even in 2017, she said, “America wasn’t ready and the producers weren’t ready.”

But ABC appears keen to do better. On the current season of “Bachelor in Paradise,” Ms. Burnett’s experience with telling others about her sexuality has been given due attention. “The scared side of me that wants to continue to hide in the closet,” she said in a confessional interview. “She’s been there for a long time, and she hasn’t been happy.”

Ms. King agreed that this time feels different. “They’re doing it in a pretty respectful way,” she said. “They’re easing it in. They’re not just throwing it out. They’re going into the story a little bit.”

Halfway through the season, the show brought on Kristian Haggerty, whom Ms. Burnett had been dating before leaving for “Bachelor in Paradise.” The move made her and Ms. Burnett the first non-heterosexual couple to appear on the franchise, something critics have embraced. (In 2018, the Vietnamese-language “Bachelor” included a dramatic “rose ceremony,” in which two female contestants left the show together to pursue a relationship.)

“Love Island,” the popular British reality dating show where contestants are sent to a villa in Majorca and allowed to stay as long as they’re coupled-up and half-dressed, featured a fling between Katie Salmon and Sophie Gradon in its second season in 2016.

On the American version of “Love Island” (set in rainy Fiji), Yamen Sanders leapt in shock when Kyra Green told him that her last relationship was with a woman. Ms. Green, who had explicitly told only Mr. Sanders about her sexuality, had to calmly ask him to relax and not out her to the rest of the cast without her permission. “Don’t run away,” Ms. Green says as Mr. Sanders prances around the couch. “Sit back down. You don’t have to act crazy like that.”

“You’re just going to slide that in?” he asks.

The producers of “Are You the One?” see the decision to change the casting of the show as reflective of generational changes that have swept through society in recent years. “As we were casting for the heterosexual version of the show, the conversation would keep bubbling to the surface,” said Jeff Spangler, a creator and executive producer of the series. “Young people have begun to tear down barriers that society had put up.”

Emily Grey Feldman, 28, a young-adult fiction writer from White Plains, N.Y., said “Are You the One?” is the first reality show she has been excited about. She watches every episode with her wife, their bisexual roommate and a pansexual friend. “Having something like this on TV when I was a teenager would have been an absolute game changer for me.”

Shittu, and other cast members, agree. “My whole life I wanted to see something that represented the person I was inside on television,” Shittu said. “I would see examples of beautiful fierce black women who are flawed and complex, and insecure, and I thought that was as good as it was going to get. Even in the gay community, I don’t necessarily feel related to the gay community because I’m non-binary and I’m fluid. Gay is a part of my experience, but it’s not the bulk of my experience.”

Remy Duran, 28, another cast member who co-hosted the watch party at the Vault with Shittu, Paige Cole, 22, and Justinavery Palm, 24, said the show allowed him to be vulnerable. “I was a straight boy for a long time, and I was a victim of this hyper-masculine, I-have-to-be-cool-at-all-times, I-have-to-be-the-man mentality,” Mr. Duran said. “Some of my friends haven’t seen me cry, ever. And here I am on TV, crying. That’s been a really big thing for me. At one point I didn’t even let myself cry in the shower.”

At the Vault, Rosemary Mitford-Taylor, 24, and Possum Plows, 25, a couple from New Zealand, stood by the wall, close to a mounted television screen. The watch party was packed, and scenes were eliciting loud reactions from the audience.

Ms. Mitford-Taylor and Plows, who were on an extended visit to the U.S., watch the show every week. “Even when we were visiting Disneyland one day, we said we have to be at the hotel to watch ‘Are You the One?’ live,” Plows said.

Kai Wes’s story line has stood out for Plows. Mr. Wes, who identifies as transmasculine nonbinary, uses he and they pronouns and has been undergoing testosterone hormone therapy. On the show, Mr. Wes is a charmer who bonds romantically with one castmate after another, sometimes without giving the ones with whom he’s already bonded much notice about his intentions. His musical-chairs-style of dating leads to anger and frustration among several people in the house, and a few of the contestants, including Shittu, eventually confront Mr. Wes.

Most reality shows have a villain, and some see Mr. Wes in that light. But Plows said Mr. Wes deserves more empathy. “Being in an environment where everyone is suddenly open and everyone is attracted to people like you, when you’re a transgender person, that’s quite overwhelming,” they said. “You don’t understand how uncomfortable you are in regular spaces until you’re in an environment where everyone’s accepting. I think Kai has a lot of problematic tendencies, but I understand where that comes from.” 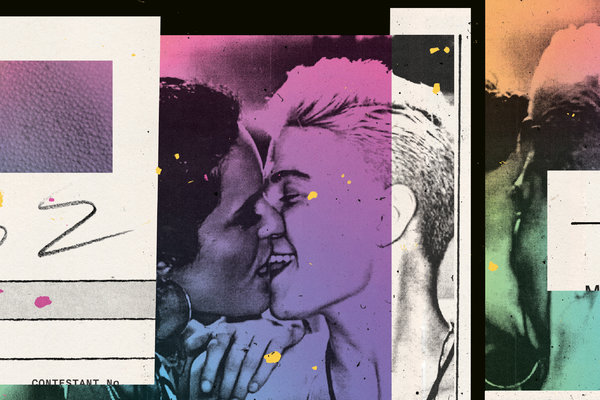 Valeriya Safronova is a reporter for the Style section. She is based in New York. @vsaffron