A PHYSICS student devised a deviously clever way to cheat on her exam using only her glam nails.

Fellow pupils admitted they couldn’t help but admire her crafty hack – but others were less than impressed. 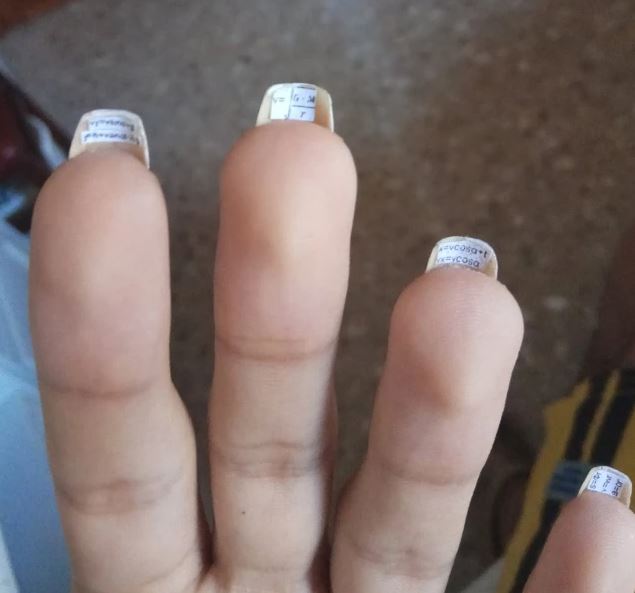 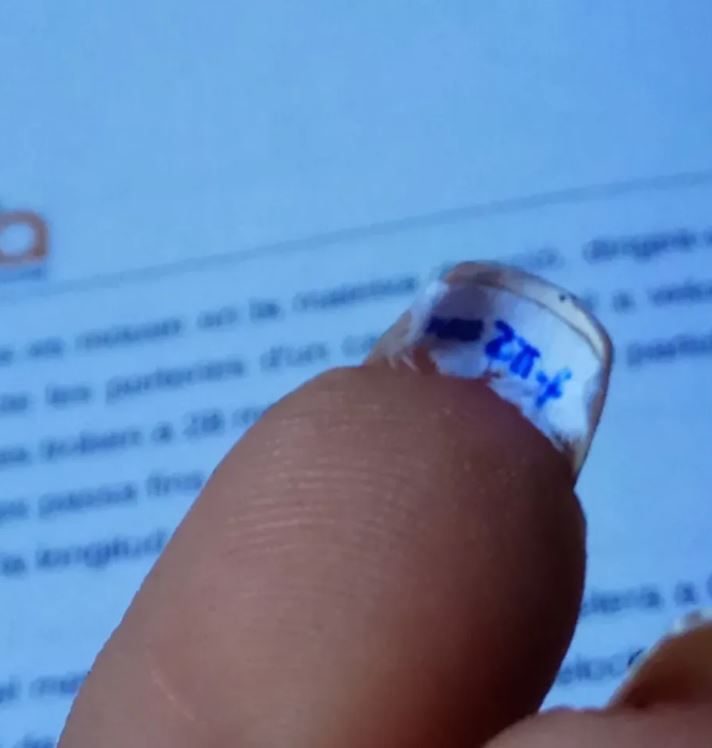 In a post entitled "Nailed the exam", a Reddit user showed how the wily student had carefully written the tiny formulas on minuscule pieces of paper, before sticking them on the underside of her nails.

The culprit, known as Andrw, later shared the impressive feat on Twitter which was soon retweeted more than 100k times.

She claimed her physics teacher never saw her hack and has since passed her on her test.

But while you might have expected praise for the creative hack, most users were quick to slam the woman for her laziness, claiming the formulas could have been easily learned. 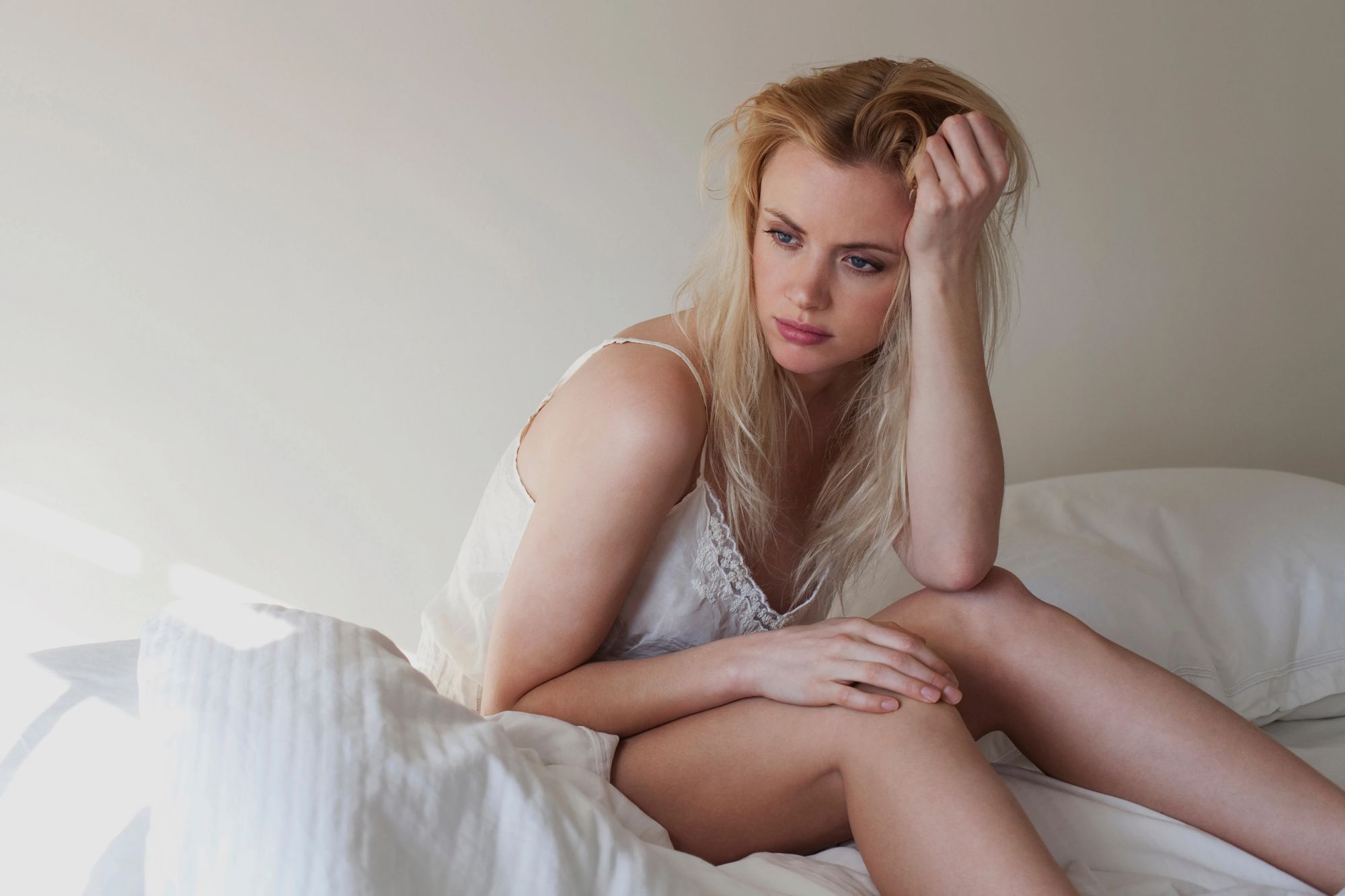 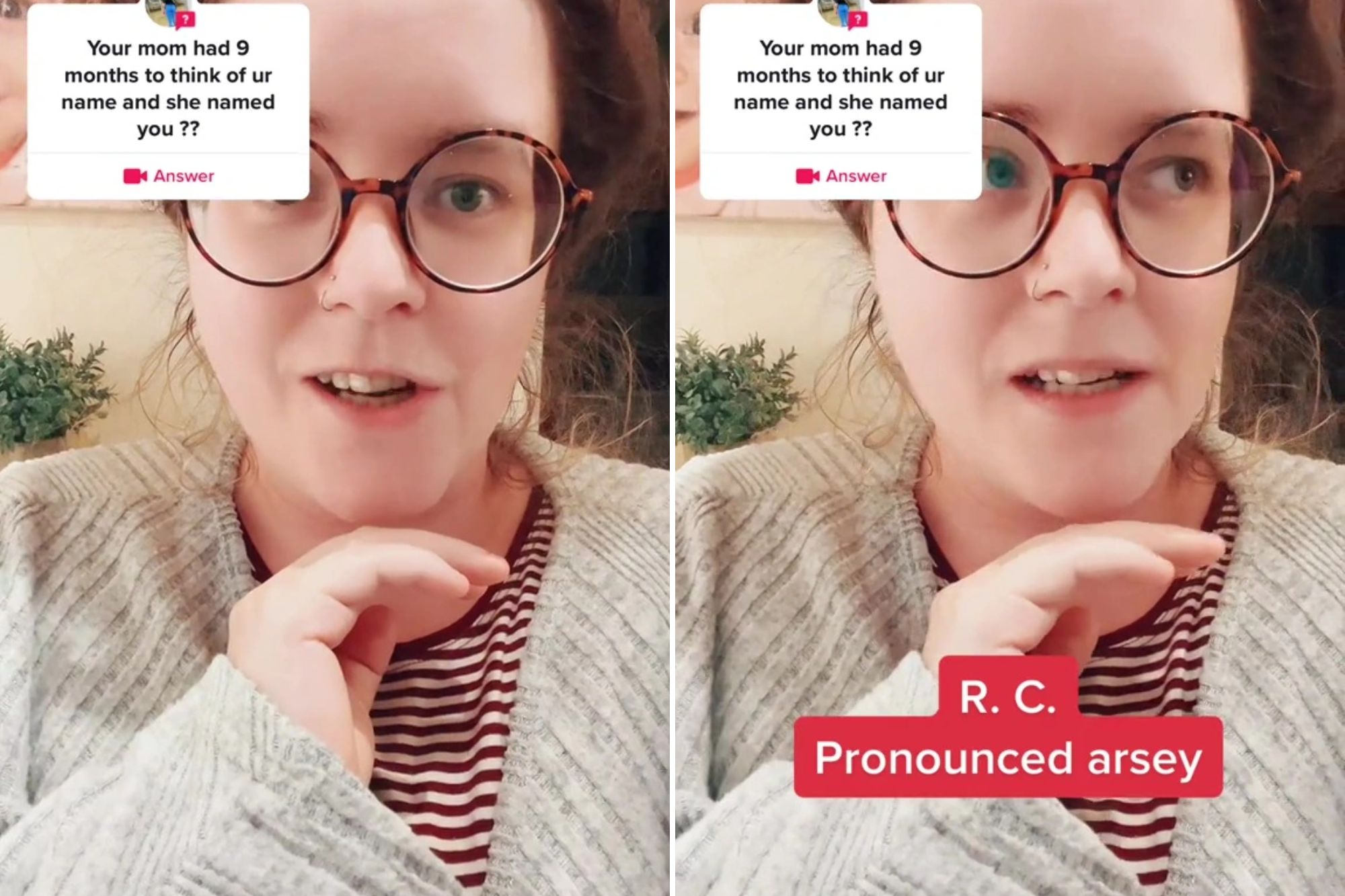 One scathing reply read: "I just think, the amount of time and effort to painstakingly attach those little bitty cheat-sheets could have gone into actually learning the material.”

Another added: "Especially when the material is so simple", leading users to guess that the formulas in question were part of a "first semester physics intro".

Somebody else weighed in: "If you can't remember that, you should keep doing your nails."

But a few users jumped to the woman's defence, with one pointing out that in real life, she'd be be able to look up the formulas anyway.

Others claimed it was a "commendable effort", and that she had "good eyesight".

The latest hack comes after a crafty criminal law student was caught cheating in a university exam using a deviously intricate method.

The Spanish student had engraved borderline microscopic letters containing information from his syllabus across a set of blue Bic pens.

According to a friend of the accused, he did so by “replacing the graphite lead of a mechanical pencil with a needle.”

It reportedly made it “super easy for him to write on a pen”.

Unfortunately for the student he was busted by eagle-eyed invigilators who eventually confiscated his unique set of crib notes.

But his efforts certainly didn’t go unnoticed as users on Twitter – who had a lot to say on his creativity.