The most generous interpretation of Twitter’s history is that it’s a company that has learned a lot from the way people use its product. After early users started reposting each others’ tweets accompanied with an “RT” label, Twitter built retweets. After a user proposed using a pound sign to create groups, and people starting doing it, Twitter incorporated that too.

Twitter didn’t have a smartphone app until developers proved, with their own apps, that people really wanted one. After one of those developers had the bright idea to let people pull down on their feeds to refresh them, Twitter bought his app (and got his pull-down-to-refresh patent, too). Before sponsored tweets, users sold their own posts to advertisers. When Twitter launched as a service for sharing “status updates,” it didn’t even have @-replies.

A less charitable interpretation of Twitter’s history is that its product is broken and perpetually deficient, and that its users, to whom it already owes a great deal, are forced to come up with solutions of their own in order to enjoy the value that Twitter still offers, somehow, seemingly despite itself. Those users are then left to watch Twitter implement sleek but self-serving versions of those features, allowing a visionless company to succeed further than it already has.

There are, of course, some changes for which Twitter users have hopelessly yearned for years (editing tweets; banning Nazis). But there is one missing feature that users and developers have created, multiple times over, that Twitter has not yet stolen or borrowed. It’s one the company has hardly acknowledged, despite its embrace by millions of users. Twitter won't help people delete their own tweets.

Twitter does not share how many of it users mass-delete posts, but numbers provided by some of the most popular services that do that suggest it’s far from a fringe activity. The creators of Twitter Archive Eraser, an application for Microsoft Windows that gives users fine control over which posts they want to delete, claim to have more than 600,000 users who have deleted more than 3.3 billion tweets. Tweet Deleter, a web-based service, says more than 1.6 million people have used its web-based service to delete more than 700 million posts.

And the creator of TweetDelete, which is perhaps the best known of these services, says his app has been used by more than 4.5 million unique people — and that 1.4 million people now use the service to delete their tweets on an ongoing basis.

Richard West, 36, created TweetDelete in 2011. It wasn’t his first Twitter-adjacent project: he had previously created Is.gd, a service for shortening links to keep them from using up Twitter’s character limit, which was bought by the British cloud hosting firm Memset. (Twitter eventually created its own URL shortener.)

The idea behind TweetDelete, he said, largely originated with Memset’s co-founder, Kate Craig-Wood. “She wanted a service to automatically purge old tweets from her own Twitter account for privacy reasons,” Mr. West said. “It’s still providing a very valuable service as Twitter’s solution of allowing users to manually delete tweets one by one wasn’t great in 2011, and certainly looks poor now given all that’s happened in the privacy arena since then.” Mr. West now operates the service independently, and plans to release a new version soon.

To the extent there has been public discussion about tweet deletion, it has mostly centered on public controversies. A spokesperson for Twitter Archive Eraser mentioned a spike in interest following the 2018 firing of the director James Gunn from the “Guardians of the Galaxy" franchise, after an organized campaign by mostly right-wing Twitter users to flag a series of offensive jokes he had made years before. Some people involved in that campaign also professed a belief that similar tactics — digging up old posts and feigning offense in order to get an enemy fired — had previously been used against them, and that theirs was a campaign of revenge. (Last month, Mr. Gunn was reinstated as director of the third “Guardians” film.)

This view on the story of deletion, however, privileges the anxieties of the already powerful. In this telling, it’s about well-off people being brought low again; the fear that their pasts could be used to undo their futures; and, most of all, that what they used to get away with has become a liability. It fails to account for the millions of other deleters with no film franchise to lose.

Some of these people are surely ashamed of things they’ve said on Twitter (or at least fearful that someone else will think they should be). But for many tweet deleters, getting rid of old posts is a practical matter — a replacement for simple and obvious Twitter privacy features that simply do not exist. For one user, it may be akin to updating a Facebook profile or brushing up a LinkedIn page; for another, it takes into account the demands of a new job; for another, deletion may be necessary to travel safely. Twitter has stubbornly refused to address widespread harassment on its platform, and tweet deletion offers a way to mitigate it in some forms. (That is probably the most-demanded feature, if you can call it that — that users be able to use the service without being confronted with targeted abuse.) The Twitter Archive Eraser app is, like Twitter, most popular in the United States, but according to its creators has also gained traction in Saudi Arabia, where Twitter, once seen as a tool of liberation, has been embraced by the government as a tool for surveillance and targeted repression.

There are even more obvious reasons to think that Twitter’s users, even those who aren’t subjected to targeted abuse, deserve more control over how their content is found and consumed. There is, for example, the concept of time. A user who joined Twitter in middle school might now be in the work force. Another who signed up at 22, around when Twitter launched in 2006, would next year be old enough to run for president.

James Zeigler, an indigent defense lawyer and tweet deleter in Washington, D.C., explained via Twitter direct message, “it’s not so much that I perceive there to be that much risk associated with preserving my tweets, but rather that I perceive there to be almost no benefit to it, such that deleting them seems to make more sense than not.” Or, put another way, as Twitter user Saysay Olvido half-joked recently, “I delete tweets because I’m not the same person I was 4min ago.” (She did not say “person.”)

Consider the life of a tweet posted ten years ago. After a short and probably uneventful time in a small spotlight, it would have drifted down followers’ feeds and its poster’s own timeline, as if never to be seen again. There was no easy way to find or view old tweets, even your own. Nearly everything about the experience of using Twitter then implied that it was a rolling conversation disappearing behind its users. In 2012, the company gave users a tool to download their own posts as an archive. Few users bothered. But it was a sudden reminder that nothing on the platform was actually disappearing, that the way a service seems to work may bear little relation to how it actually works, and that the context of old posts is often as important as their contents — not so much in the “funny at the time” sense as in the sense that Twitter was, at the time, a completely different machine.

Then, in 2014, Twitter made every public tweet ever posted searchable by anyone. This was a feature that many users had demanded. It was not, however, accompanied by commensurate new privacy controls. Billions of messages that had been technically public but effectively private were instantly made accessible to anyone: friend, foe, authority figure, or online passer-by.

Those who had been using Twitter for years suddenly found themselves on a very different service. They could search and mine their own old tweets, to try to make sense of conversations they had a decade ago, and they could eliminate them one by one. They could make their entire accounts private, making it harder for potential followers to find or talk with them. They could delete their accounts entirely. Or they could grant full access to their accounts to one of a growing number of Tweet deletion programs, and wipe their accounts clean — a fresh start corresponding with Twitter’s unilateral choice to turn its service from a conversation platform into a search engine.

That is also not deletion ideal. Tweet deletion applications require unfettered access to Twitter accounts, leaving users in the position of having to trust that the developers are doing what they say they will, and nothing more. And, while tweet deletion can be empowering to people victimized by or on the platform, it can also help thwart Twitter’s own tools and tactics for dealing with bad actors.

It may be unrealistic to expect a social network built on targeted advertising to let its users delete the very content against which it advertises, and through which it understands its targets. “Please note we do not advise using mass-deletion programs,” Twitter’s documentation tells users. (Tweet deletion apps use Twitter’s official developer platform, and could be shut down at the company’s pleasure; Facebook, for example, does not let developers create such programs, but does let users make old posts invisible.) The company suggests an unwieldy and narrow alternative: “If you’re looking to get a fresh start on your Twitter account without losing your username, the best way to do this is to create another account with a temporary username, and then switch the username between your current account and the new account.”

Asked if Twitter had taken note of the millions of people expressing interest in having greater control over their privacy or perhaps simply in vaporizing their past Twitter selves, the company declined to share specific plans.

“We know that people who use Twitter are interested in more efficient ways to manage, archive or delete their Tweets, and we are thinking about ways we can meet these needs,” said Twitter spokesperson Nicholas Pacilio.

Twitter noticed when people starting using image hosting services to share pictures, so it changed to let them upload images directly. When Twitter bumped its character limit from 140 to 280 characters, C.E.O. Jack Dorsey tweeted, “Proud of how thoughtful the team has been in solving a real problem people have when trying to tweet.”

Ultimately, the platform seems to be most observant when its users come up with ideas that help people use Twitter more — when we present or solve problems in a way that aligns with the company’s business. But tweet deleters are asking for something Twitter may not be so willing to give them: a way to be less engaged. 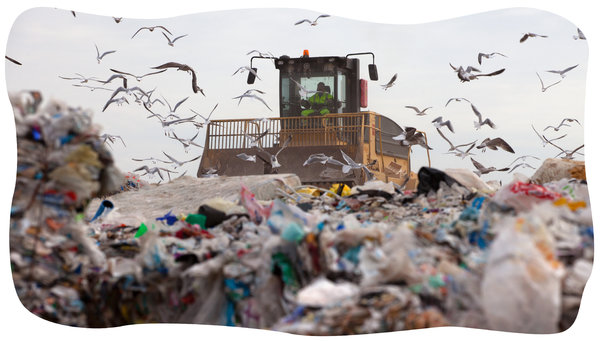 John Herrman covers tech and media for the Times Magazine, and was one of the first three recipients of The Times’s David Carr Fellowship. Previously, he was a reporter for the Business section. @jwherrman