The Prince and Princess of Wales are set to fly to Boston this week to attend Prince William’s Earthshot Prize awards ceremony being hosted by the US city. We’re certain Princess Kate has an array of elegant outfits packed for the visit – but there’s something the royal has to bring with her for a very important reason.

The mother-of-three must carry an all-black outfit with her whenever she travels abroad. This is in case of a royal death, so she is able to wear the appropriate attire for mourning immediately.

Other royal family members including Princess Anne and Prince William must follow-suit, in case of a morbid emergency while they are away.

In fact, the late Queen Elizabeth II was without appropriate mourning dress when her father King George VI died in 1952, while she was in Kenya with her husband Prince Phillip. She had to return to England without any traditional black dress upon hearing the sad news.

The Prince and Princess of Wales are looking forward to William’s ‘Super Bowl’ moment – the staging of the awards he founded to discover and scale up environmental solutions to repair the planet. 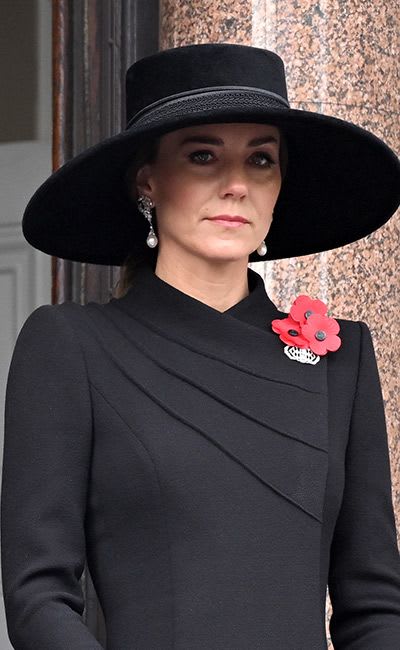 A royal source said: “The prize has become the prince’s Superbowl moment of the year, and he looks forward to continuing to use the platform each year to shine a light on some of the most impactful projects doing amazing things around the world to save our planet’s future.”

The Earthshot Prize is in its second year and Prince William spoke about the project with South Africa’s President Cyril Ramaphosa earlier this week during his state visit to the UK.

Broadcaster Sir David Attenborough, a supporter of the Earthshot Prize since its inception, will voice the opening of the show while Oscar-winning actress and Earthshot judging panel member Cate Blanchett will narrate a lookback at the 2021 winners.