WALKING through the airport with my friend Charlotte, I noticed a man staring at us. Then he announced loudly that Charlotte was “far more beautiful” than me because she was “fresh-faced”, while I was “slathered in slap”.

He didn’t know my face was covered with heavy make-up because I had severe acne. Just making eye contact had left me feeling embarrassed about my face, but then his words destroyed any confidence I had left. 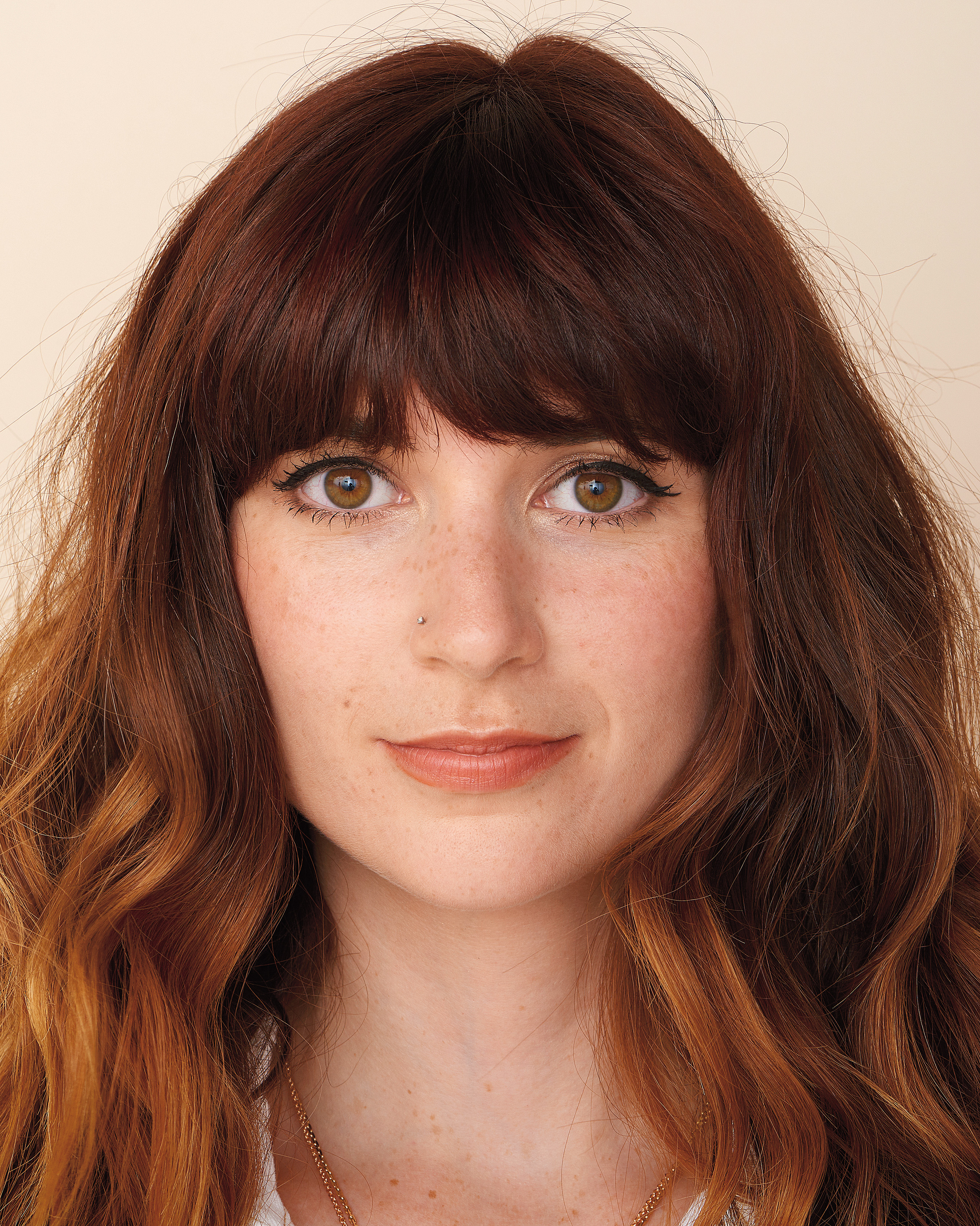 As a teen, my skin was flawless and friends and family would tell me how lucky I was. I just used whatever face wash I had lying around. It was only when I moved to London in May 2014, aged 23, that a batch of painful, itchy, red spots erupted on my jaw and chin. Every morning a new zit arrived and after three months my face was covered.

I wasn’t sure whether it was the pollution or stress of city life that caused the outbreak, but it made me feel really self-conscious and insecure. Worried that people might think it was because I was dirty, I tried to cover my spots with heavy foundation and concealer, but I knew they were still noticeable.

When I looked in the mirror I felt so ugly, and one morning in September 2014, I broke down. Tearfully, I told my housemate Delia how crappy I felt and how I didn’t even want to leave the house unless I had make-up trowelled on. I knew it couldn’t be good for my skin, but I was just so ashamed of how I looked – something I’d never felt before.

She tried to reassure me that it didn’t look as bad as I thought, but I knew it did. To make matters worse, I’d just started dating after a break-up. I’d often cancel dates if I was having a flare-up for fear they’d be disgusted by my skin. If I looked in a mirror I was horrified, so why wouldn’t they feel the same? 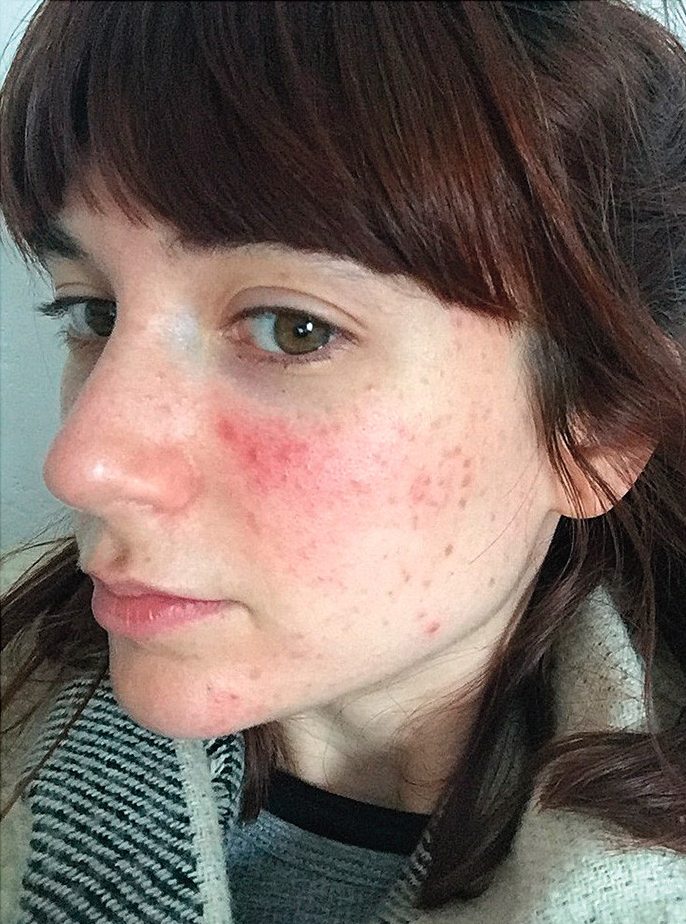 But when that stranger commented on my heavily made-up skin when Charlotte and I were about to go on holiday to Croatia in July 2015, I became determined to do something about it. So once we were home I set about clearing my diet of gluten and dairy, making my own skincare products from natural oils and honey, and scouring the internet for “cures”. But nothing worked and it all felt so hopeless.

In desperation, I went to my GP a few months later, who put me on the contraceptive pill to combat the acne. While my skin cleared up, I gained half a stone in a few weeks and felt more emotional than usual, so I stopped taking it after six months.

During this period of having beautifully clear skin, my confidence soared and I started dating a guy called Mark, who I’d met on a dating app. Finally feeling at ease in my skin, I let him see me without make-up, and it was such a relief not to have to worry about his reaction.

I hoped the spots would stay away for good, but three months after coming off the Pill my acne returned.

Before, it had been unsightly whiteheads, but this time it looked like an angry rash across my cheeks with cysts all over my face. It made me feel so uncomfortable, I no longer let Mark see me without make-up and stopped going out with him or my friends. With my confidence at rock-bottom, our relationship broke down in May 2016.

I started exercising obsessively, going to the gym five times a week. If I couldn’t control my skin, I’d try to make myself look good in other ways. To those who didn’t know me, it probably looked like I had life sorted – but sadly, it was anything but. 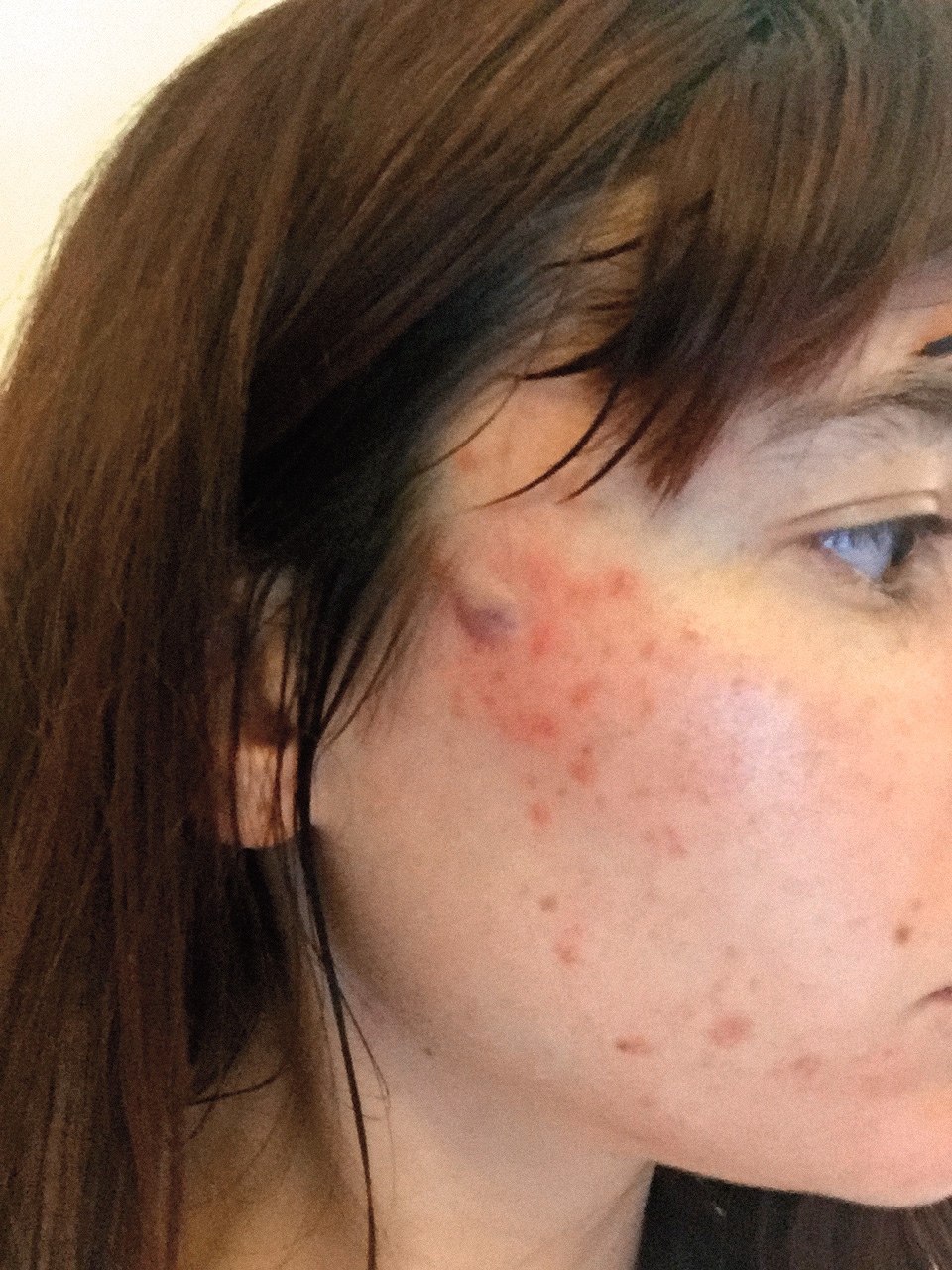 When one particularly bad spot hadn’t cleared up after five months, I saw a dermatologist in April 2017. She told me I had a severe form of acne that was likely to cause scarring, and prescribed a four-month course of antibiotics.

These seem to work for a while, but I was told I’d likely only ever be acne-free if I took Roaccutane, a controversial anti-acne drug. I’d heard stories about side effects ranging from dry skin to depression and suicidal thoughts.

In 2011, 24-year-old Brit Jesse Jones took his life while on the drug and it was reportedly linked to 20 suicides in the UK between 2012 and 2014. But other users branded it a miracle cure, posting before and after pictures on social media.

I couldn’t bear the thought of spending the rest of my life with acne, so despite the warnings I went ahead with treatment in August 2018. By then I was seeing Talal, 31. Since we’d got together in May, I’d never let him see me without make-up, so he encouraged me to do whatever made me happy. 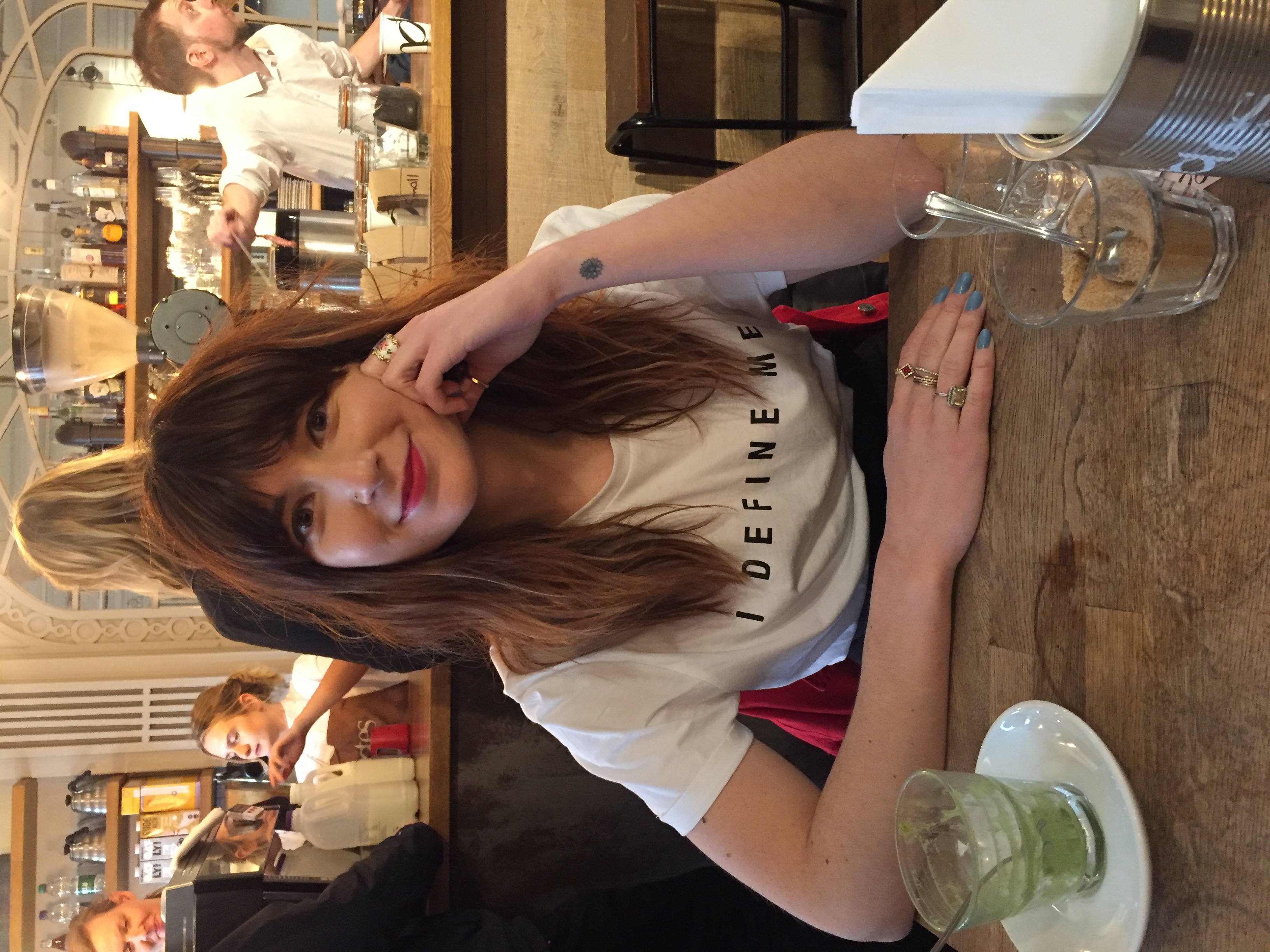 I felt the effects of the drug almost immediately. I was nauseous for the first few weeks and my back and knees ached all the time. My skin and eyes instantly became dry and itchy and I developed rashes on my fingers and hands. I’d started on a low dose of 20mg per day, but when the dermatologist doubled it, which is routine, the eye infections and nausea worsened.

The only thing that stopped me giving up was that within a month, the red patches were easing up and my skin already looked clearer.

I’d been told to cut out alcohol on Roaccutane (there is a risk of liver damage), but naively I didn’t take the warnings seriously. After a glass of prosecco on Christmas Day I threw up, and only then did I stop. Nights out changed – after weeks of planning an evening out with friends, I’d end up bailing after realising that drunk people aren’t much fun if you are sober.

Meanwhile, I was closely monitored by the dermatologist because the drug can cause birth defects. I had the coil fitted and had to prove I wasn’t pregnant before picking up my monthly prescription. Fortunately, I didn’t experience negative effects on my mental health, but it was still a lot to handle. I worried about the long-lasting effects Roaccutane could have on my body and Talal felt the brunt of this. Any time I felt down or had aches and pains, I thought it was caused by the drug. 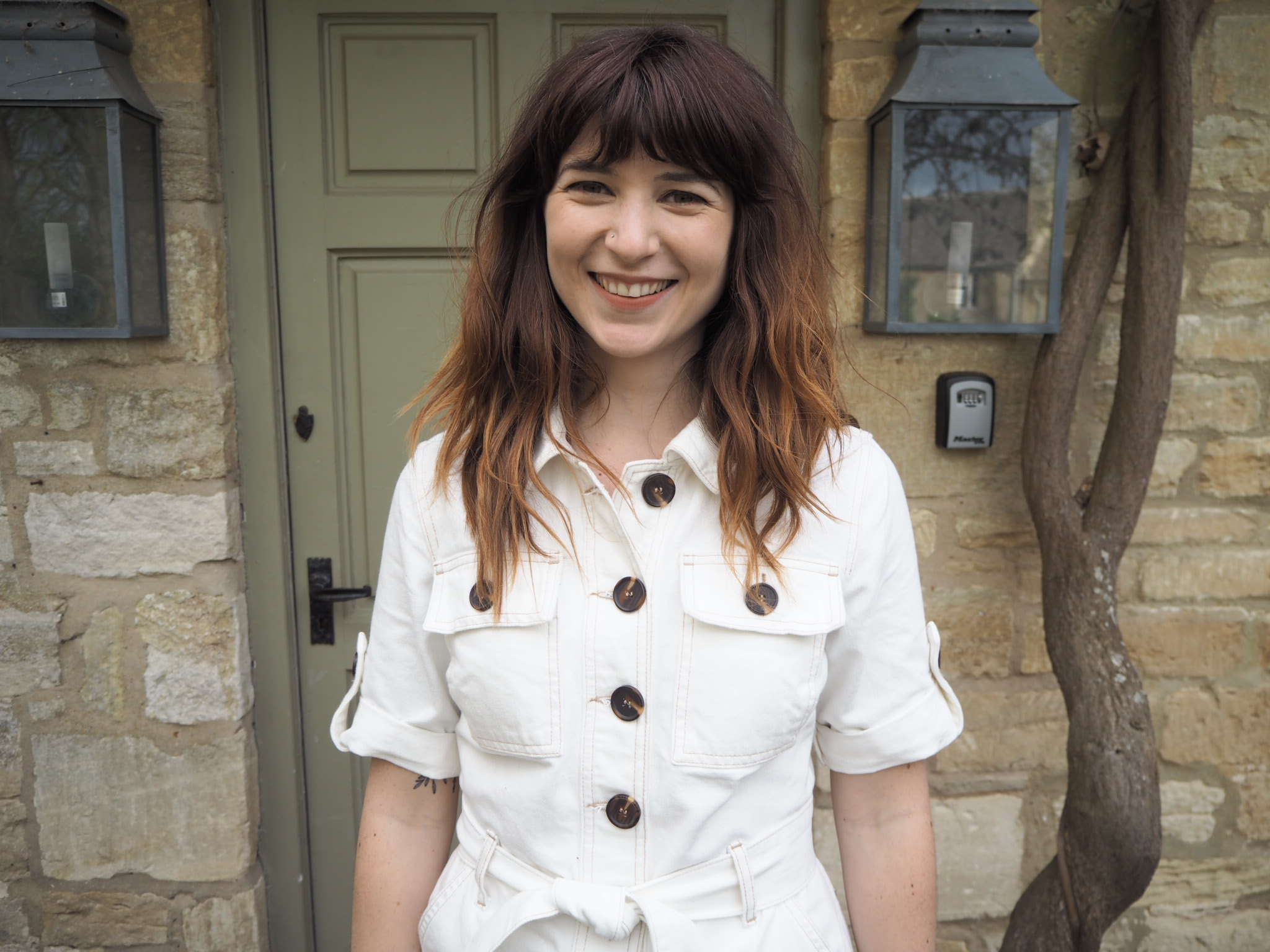 We had our first row one evening after I’d spent hours researching side effects. As Talal tried to put my mind at rest, I shouted at him when he was just trying to help. Deep down I knew I could rely on him, which made our relationship stronger, but I can see how for some couples it could become too much.

Despite the potential side effects, Roaccutane worked for me. As my acne cleared, my confidence soared. I finished the eight-month treatment in March 2019 and I can’t fault the result: 99% of the time my skin is perfect. I no longer even wear foundation.

Taking the drug was not an easy decision but, for those at their wits’ end, it can be a game-changer.

Acne used to plague my thoughts 24/7. Now, I finally feel like me again – and it’s good to be back.