Are you a serial pimple picker? Do you wish you could treat your breakouts all day long in a way that was both effective and cute? Then you need to know where to get Starface acne patches STAT. The new product, which dropped online at starface.world on September 5, combines the zit busting powers of a hydrocolloid patch (think ZitSticka or Hero Cosmetics) with the adorableness of little yellow star stickers, making them the first acne product you’ll actually want to wear out in public. Gone are the days of spending way too long covering up your pimples with concealer every morning; now, it’s time to cover them up with tiny twinkles and rock your star spangled face with pride.

Launched by Julie Schott, the former beauty director of Elle.com, and Brian Bordainick, the former Head of Innovation for Hudson’s Bay Company, Starface "makes happy skincare solutions that prove science and style can exist," according to a press release. How many times have you wanted to wear your acne patches in public to speed up the healing process but felt too self-conscious? If you’re bold enough to wear stickers a la every ’90s babe ever out and about then you can also rock these. (I can’t help but to also think how perfect they are for music festivals, pimples or not.) Stylish science, indeed. 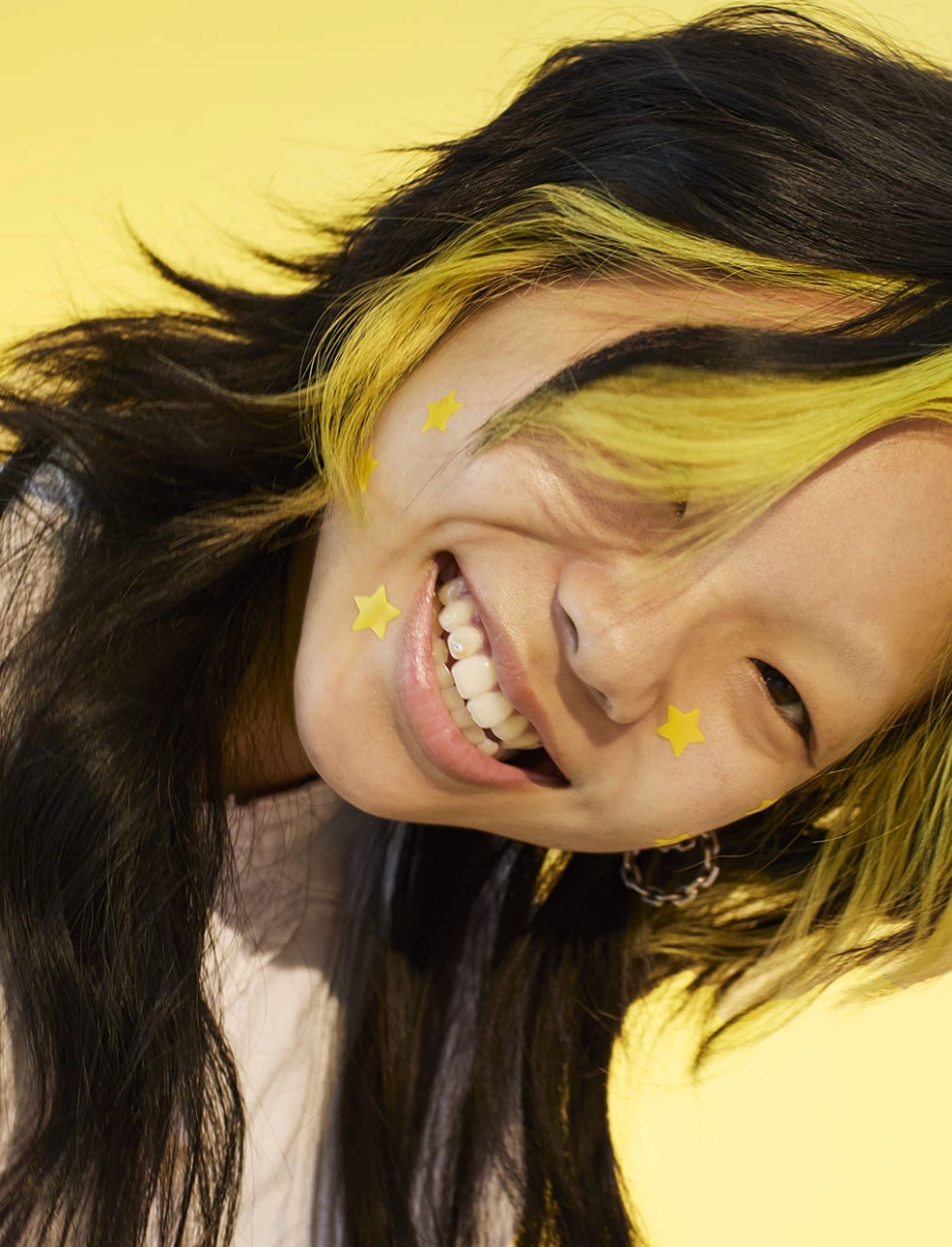 Called the hydro-star, the hydrocolloid pimple patch works by protecting pimples from outside bacteria while sucking out zit juice gently and effectively. All you have to do is stick it onto a breakout, leave it there for at least six hours, let it work its magic, and remove it once it looks semi-opaque. Because the spot will be covered during this process, it also means you won’t be tempted to squeeze or pop it, subsequently saving your skin from scarring. 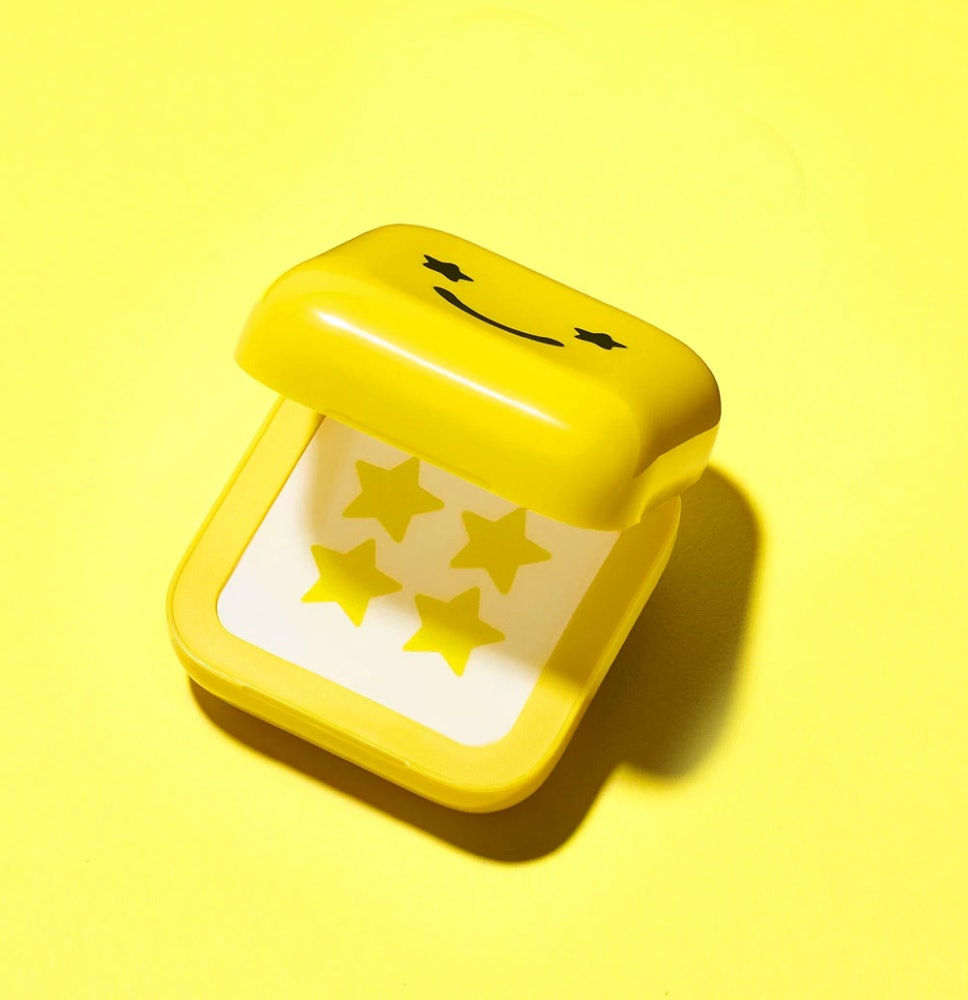 As reported in a press release from Starface, 85% of people between ages 12 and 24 are affected by acne, while 95% of adults will experience acne at some point in their lives. In other words, it’s something nearly everyone will deal with at some point in their lives. Taking these statistics into account, it’s about time we made treating something so widespread more fun, which is exactly what Starface does. 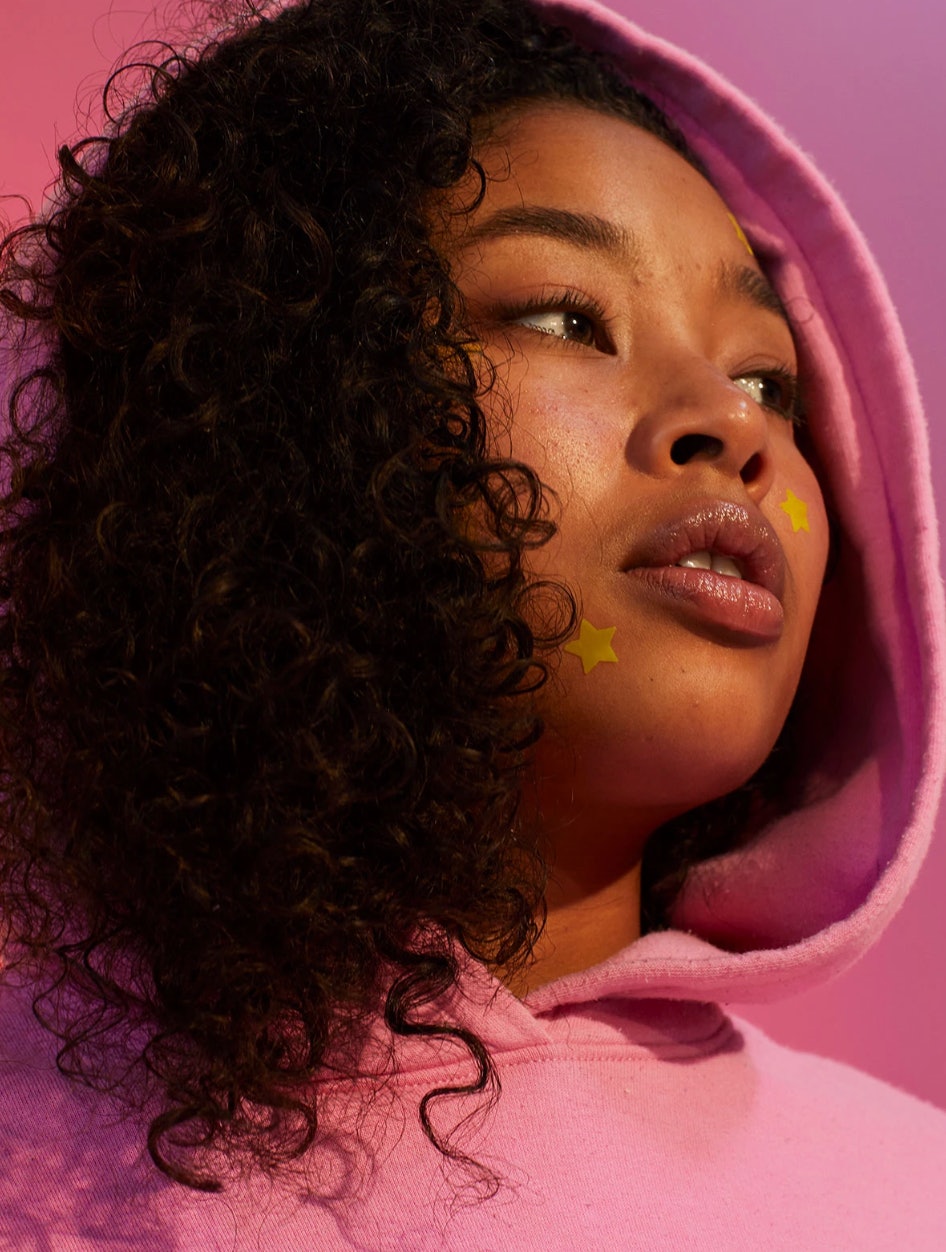 The hydro-stars are currently available for purchase on Starface’s website. For $22, you’ll get eight sheets with four stars each, for a total of 32 patches. What’s more, the sheets will come in a cute AF yellow case emblazoned with a starry-eyed smiley face on the front and complete with a mirror inside, which means you won’t be forced to search out a mirror or put on your hydro-stars with abandon when you feel a pimple starting to arise.

Seeing as the patches already have stellar reviews (My favorite being: "Men are very curious about what’s on my face! Their minds are blown when I tell them it’s treating a pimple."), why wouldn’t you give them a try? Here’s to a cool new beauty product that’s truly out of this world.