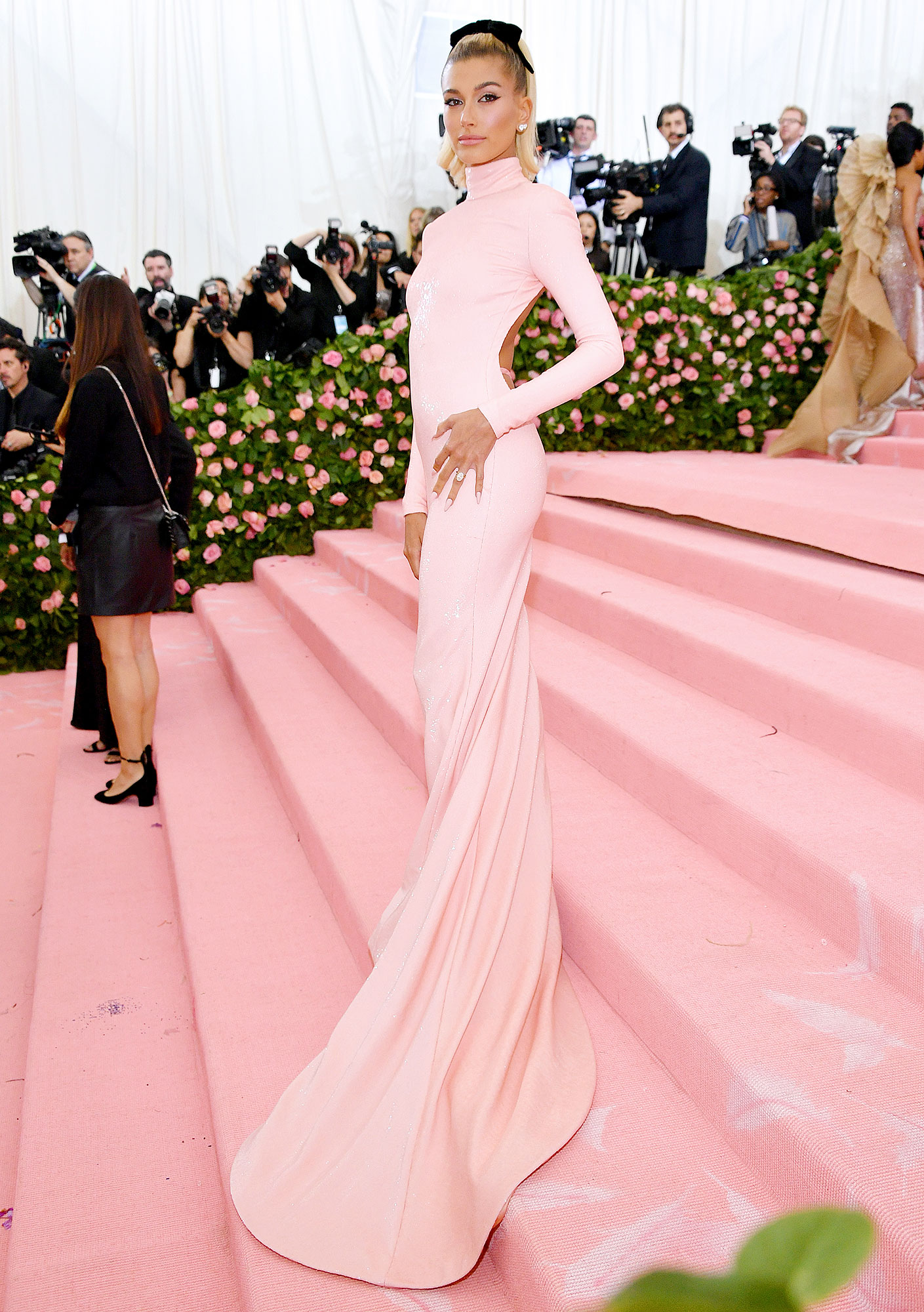 The model, 21, looked stunning at the Metropolitan Museum of Art’s Costume Institute gala wearing a custom Alexander Wang pink floor-length dress. The turtleneck dress was backless, sleek and form-fitting. Her hair was swept up in a sleek high ponytail and a black bow, which followed the theme of this year’s event, “Camp: Notes on Fashion,” perfectly.

“I actually thought about wearing a long wig for Met Ball. Because the theme is Camp, I kept joking around with everyone like, ‘I’m going to show up like a big campfire,’” she joked with Refinery29 ahead of the event. “And [people] were like, ‘Hailey, you know that’s not what they mean.’ And I was like, ‘I guess I don’t know that’s not what they mean.’” 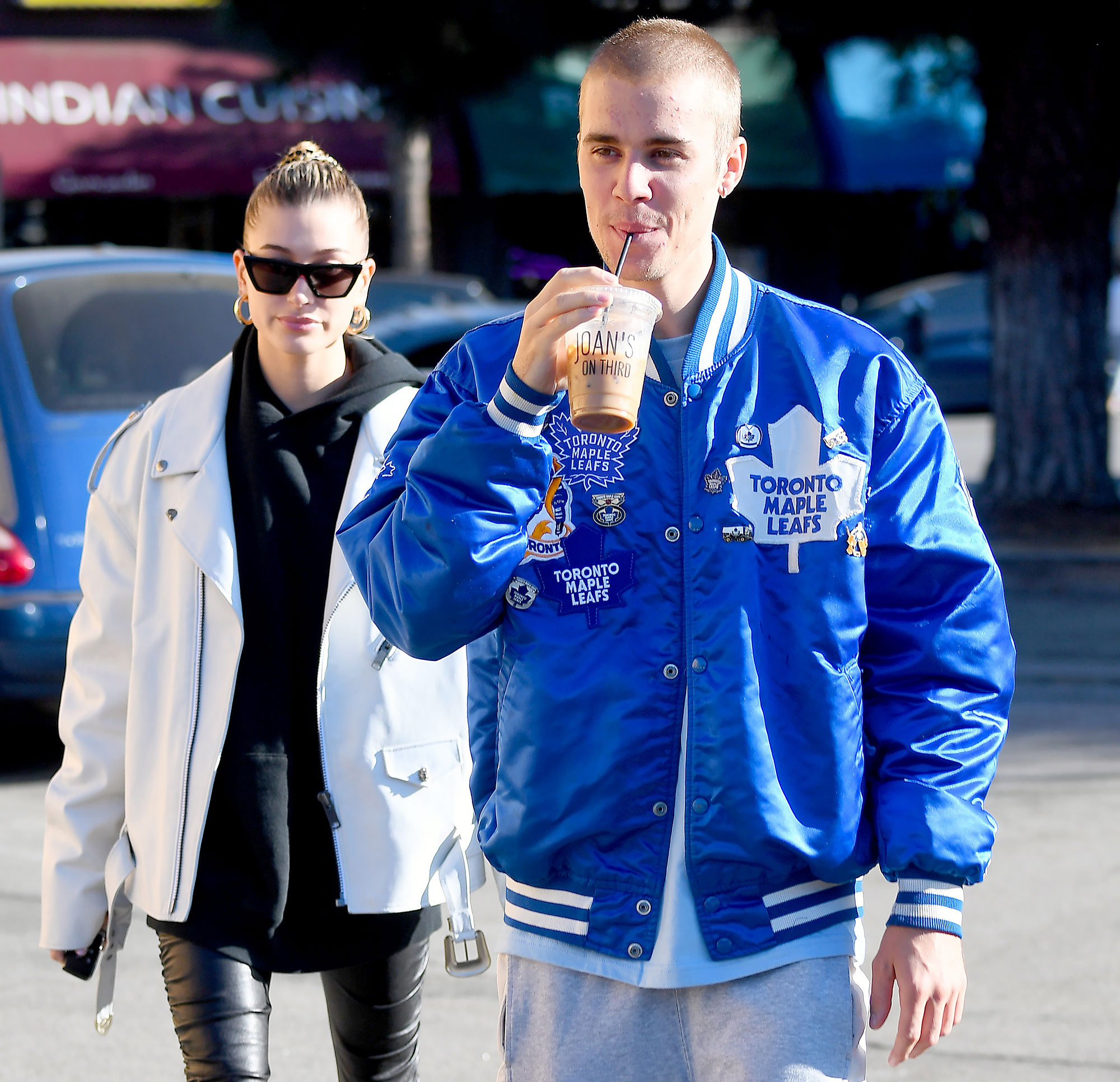 As for Justin, the 25-year-old singer skipped the annual gala — he and his wife have yet to appear together at the event — noting on his Instagram Story that he was relaxing and snacking on fast food and chocolate cake instead of getting all dressed up.

Justin attended the star-studded ball in 2015 and the afterparties in 2016, but hasn’t shown up since. After the 2018 show, he posted a cryptic Instagram photo the day after the gala. “Hey world, that glamorous lifestyle you see portrayed by famous people on Instagram don’t be fooled thinking their life is better than yours I can promise you it’s not!” he wrote at the time.

At the 2018 Met Gala, the Drop the Mic cohost attended with her then-beau Shawn Mendes, who walked the 2019 red carpet as well, posing with Jared Leto.