HOW many times have you tuned in to a game show only to mentally switch off the moment a contestant starts rattling off about how they're "doing this for their family"? Guilty as charged.

Well one Wheel of Fortune contestant has become a viral sensation after he challenged the status quo with his hilarious intro – but we can't imagine his family will be all that pleased. 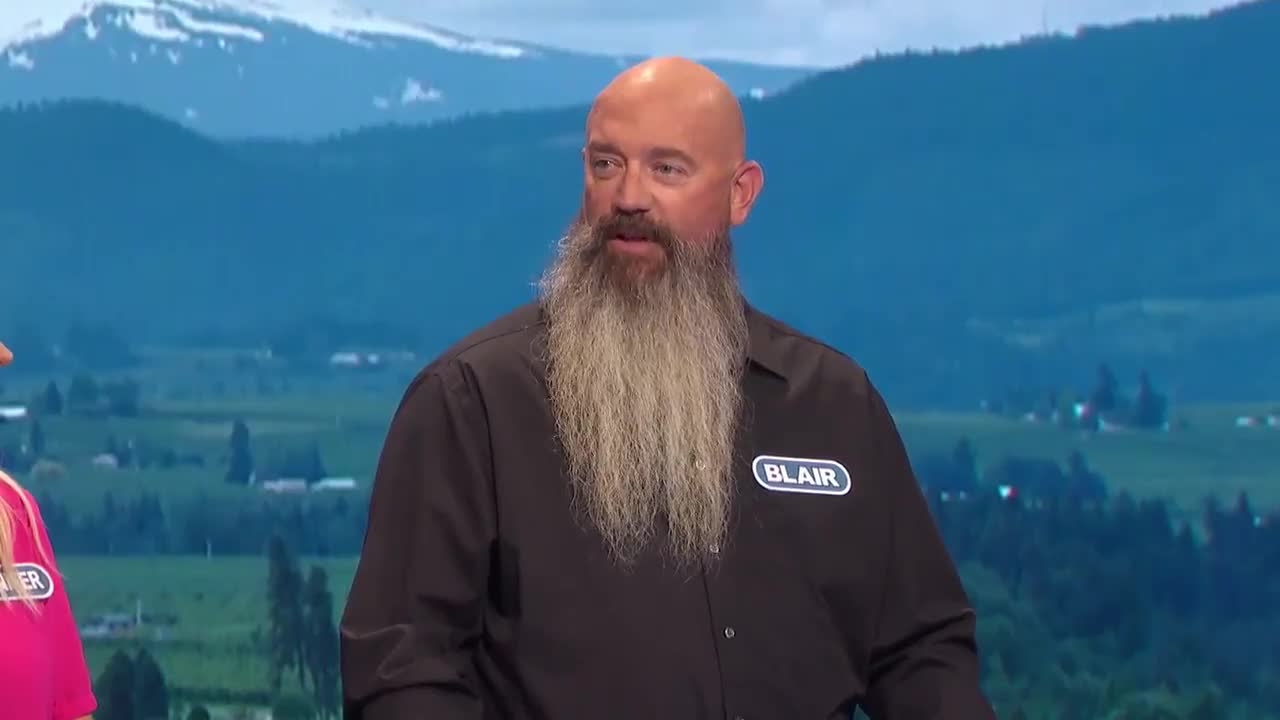 Appearing on the most recent episode of the American game-show, Blair Davis, who runs a trucking business in California (and is also the owner of a majestic beard), thought he'd keep audiences on their toes as he introduced himself.

Explaining why he was competing for the jackpot, Blair told host Pat Sajak: "I've been trapped in a loveless marriage for the last 12 years to an old battleaxe named Kim.

"She cursed my life with three stepchildren named Star, RJ and Ryan and I have one rotten grandson."

Trying not to burst into laughter, Pat replied: "No wonder you cam here, you just wanted to get away from everybody!" 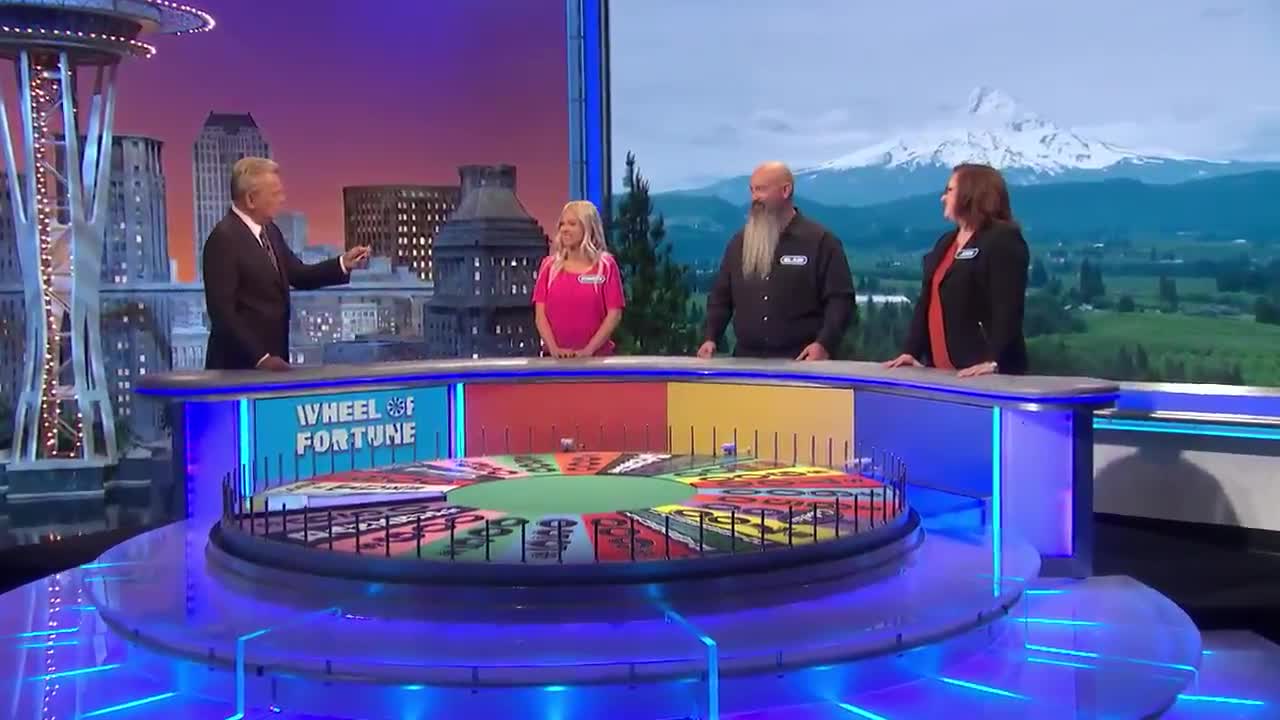 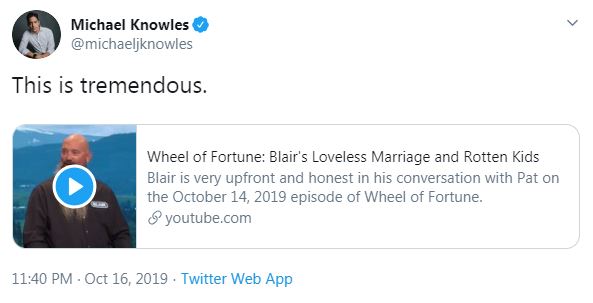 What's more, Blair somehow managed to keep a straight face (almost) the entire time – which makes him the real winner in our eyes even if he narrowly missed out on the prize money.

Although he did add afterwards that he "loves them like nobody's business" and that his grandson has BANNED him for shaving off his Gandalf-esque beard.

Needless to say, Blair was a hit with viewers and his genius intro has turned him into an unlikely viral sensation. 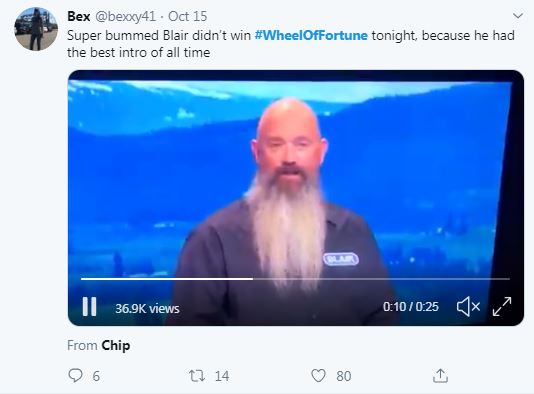 "This man is my hero," one viewer tweeted.

Another added: "This is tremendous."

Picturing the Blair's next family get-together, a third joked: "Thanksgiving is going to be epic."

And missing the joke entirely, another replied: "Bro! Tell us how you really feel!"

As for us, we'll be starting an online petition demanding Blair return for the next episode.

For more viral stories, this man’s Tinder chat went viral after his crush revealed she’s in hospital having a BABY.

And this little girl’s letter to Tesco CEO went viral after she asked why only boy’s trousers have real pockets.

Plus this woman’s selfie goes viral thanks to rude pattern on her dress – can you spot it?