A HIGH-FLYING couple insist they have been living the dream since selling their four-bedroom house and virtually all their possessions to live, work – and even welcome a baby – in a souped-up school bus.

To the outside world, Gianna and Jake Bachowski, both 32,  had it all, owning a spacious 1,400 sq ft home and holding down impressive jobs – her in real estate and him in hospitality. 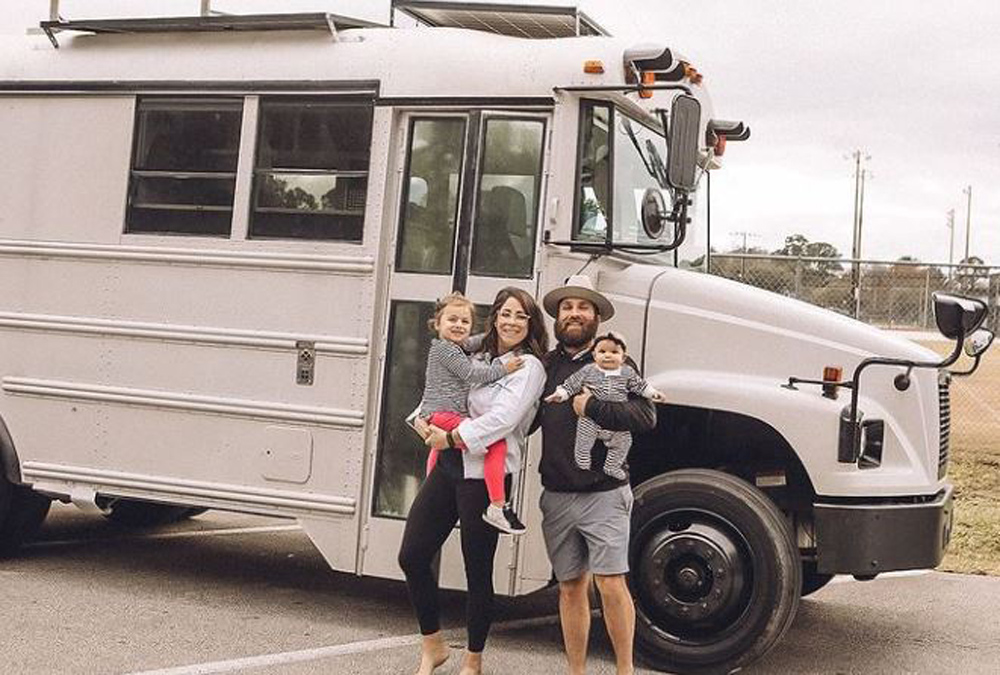 But the pair, of Sarasota, Florida, USA, longed for a more nomadic lifestyle and after discovering a community of families living in converted vans online, decided to follow suit – although they soon graduated to a whole new level by bagging a school bus.

Jake said: “We get messages every day from people asking us how we do things like keep a routine for the children, tackle bills, organise our finances – and even maintain an intimate relationship in such a small space.

“To us, there’s nothing like this lifestyle. We wouldn’t change it for the world.”

In late 2018, Jake, Gianna and their daughter Luna, four, entered a brave new travelling world, after selling their house, cars, and almost everything else they owned and embarking on the adventure of a lifetime. 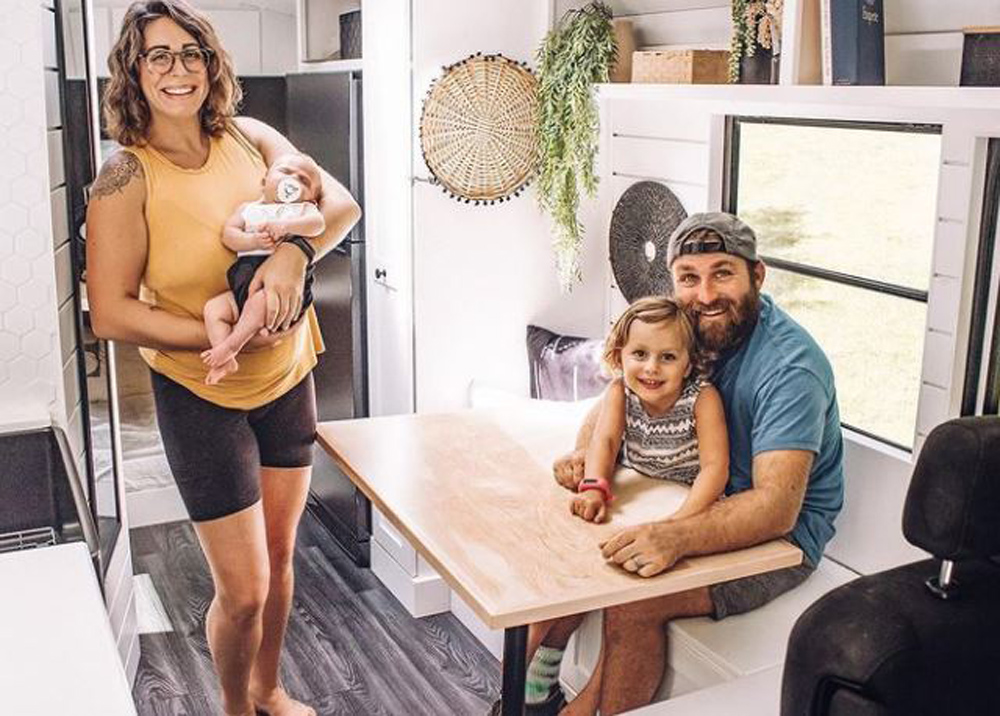 Now the couple, whose baby Capri was born on the road in July 2020, hope to inspire others to follow their dreams.

Jake and Gianna posts regular updates about their unconventional life on Instagram, where they have 52,000 followers, but he admits: “Van life might look glamorous on social media, but it’s not without its challenges."

Jake and Gianna, who met in 2013 – tying the knot in 2016 and having Luna later that year – say the lifestyle fits them like a glove, as it gives them so much quality time.

"When we had steady jobs, to look at us, you’d think we were living the American dream, quote unquote," said Jake.

“We had a nice four-bedroom house right next to the park, we had cars – we had all those things.

“But life was hectic. I was working two jobs, Gianna had her career and we had Luna too. There were times when we barely saw one another.”

Both keen travellers when they were younger, they started thinking of ways they could combine being together as a family with seeing the world. 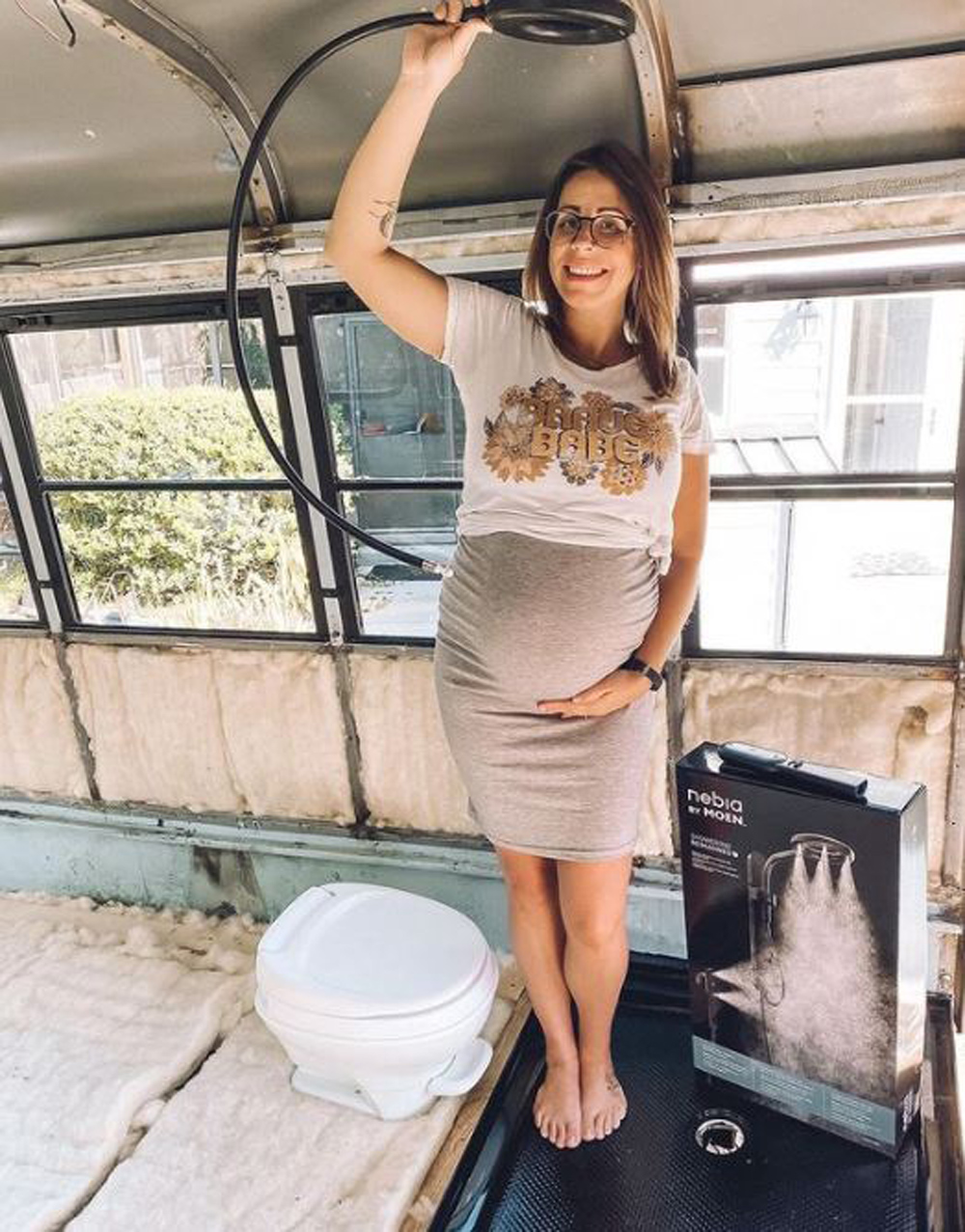 Then, in 2018, they stumbled upon an online community of families who had ditched the nine to five to live, work and travel in camper vans.

“We’d been talking for a long time about what our dream life looked like, and both agreed it included unlimited family time, travel and adventures,” said Jake.

“Van life seemed perfect. It was Gianna’s idea originally, but I was fully on board.

“Of course, we had some concerns – mainly about health and safety – but the material side of things didn’t bother us. Quality family time far outweighed any possessions.

“We didn’t think our daughter needed a whole room full of toys – it was more important to us that she should see the world and learn about other cultures.”

Agreeing to take the plunge together, Jake and Gianna sold their home and virtually everything else – a task they found surprisingly easy.

Using the money they had made, they bought a secondhand Mercedes-Benz Sprinter Van and converted it into the perfect home on wheels. 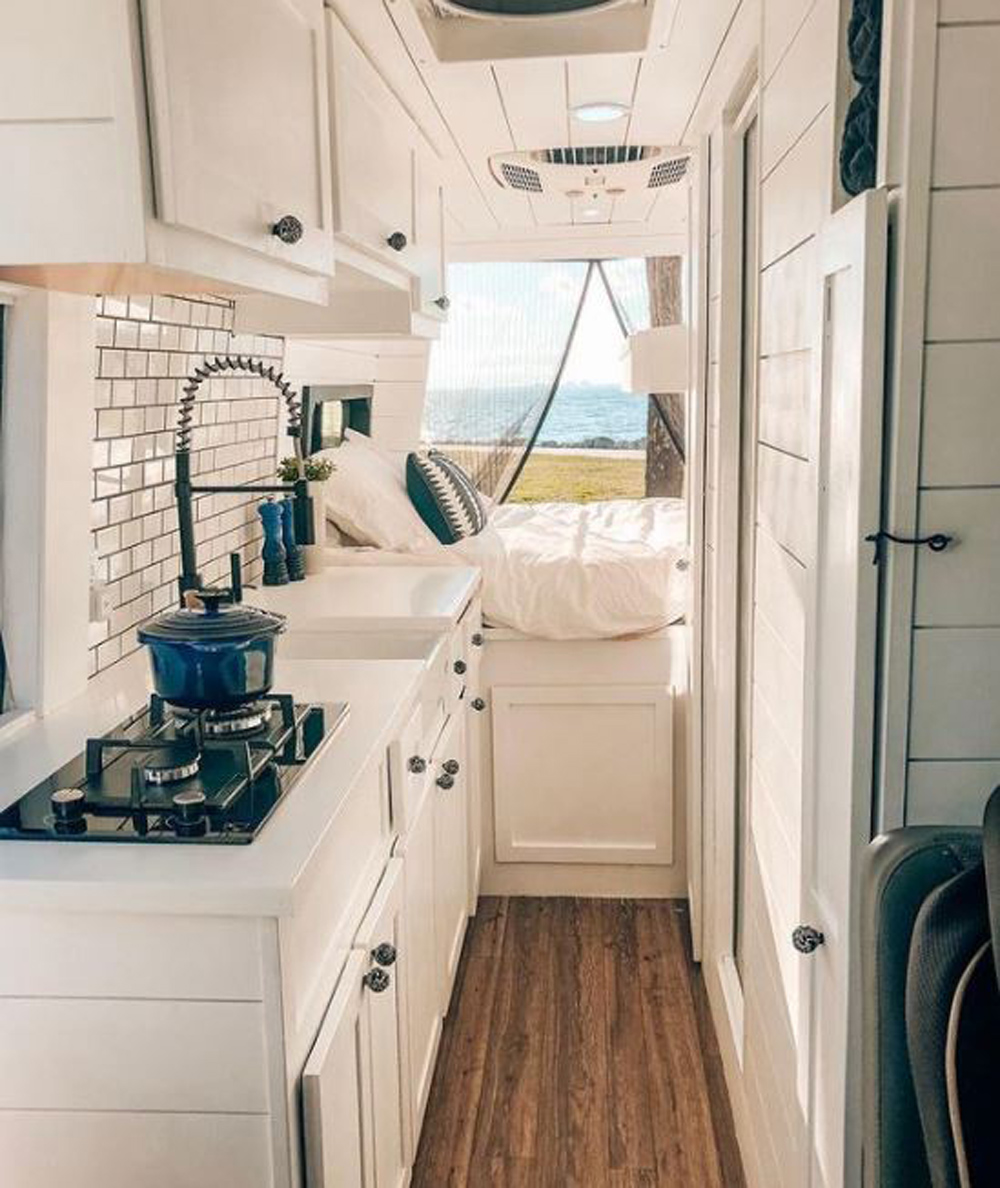 “We watched a lot of YouTube tutorials and had help from family too, which was great,” said Jake.

“It was strange to reduce a four bedroom home to a 90 sq. ft. van, but getting rid of possessions was surprisingly freeing.

“We donated a lot, so it was good to know it was going to other people in need.”

Finally, in late 2018, Jake, Gianna and Luna set off, with no real plan of where they wanted to go.

After leaving Florida, they travelled through Tennessee, Arkansas, Iowa, Colorado and Utah, before ending up in California.

Jake said: “Utah was one of our highlights. It’s the most indescribably beautiful place – just untouched nature for miles and miles.

“You can wake up and watch the sunrise over mountains with nobody else around. We felt so connected with nature there.” 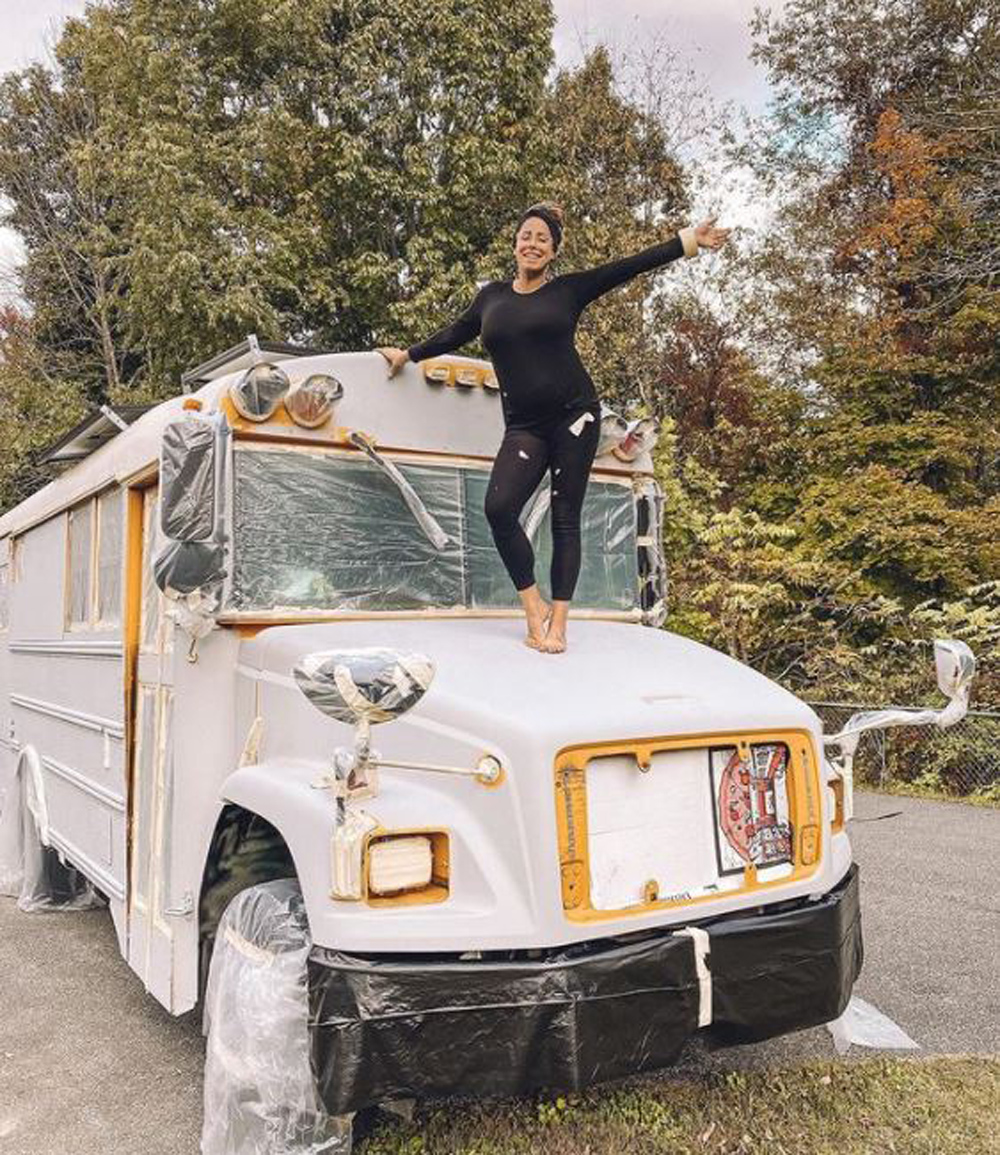 At first, the couple used the money from their house sale to finance themselves, but in June last year, they decided to set up their own lifestyle consultancy business.

Working from the road, they now help other families looking to transition to a more nomadic lifestyle.

Then, in late 2019, as they approached the first anniversary of the day they started their trip, the pair discovered that Gianna was pregnant.

“It was amazing, we were so happy,” said Jake. “We knew that having another baby while on the road would present challenges, but Gianna is an incredible mother and so supportive.

“Like everything, we knew we’d get through it together.

“We decided to start heading back to Florida so we could set up a base and have access to antenatal care.

“We also knew we’d need another van with more space now we were going to be a family of four.” 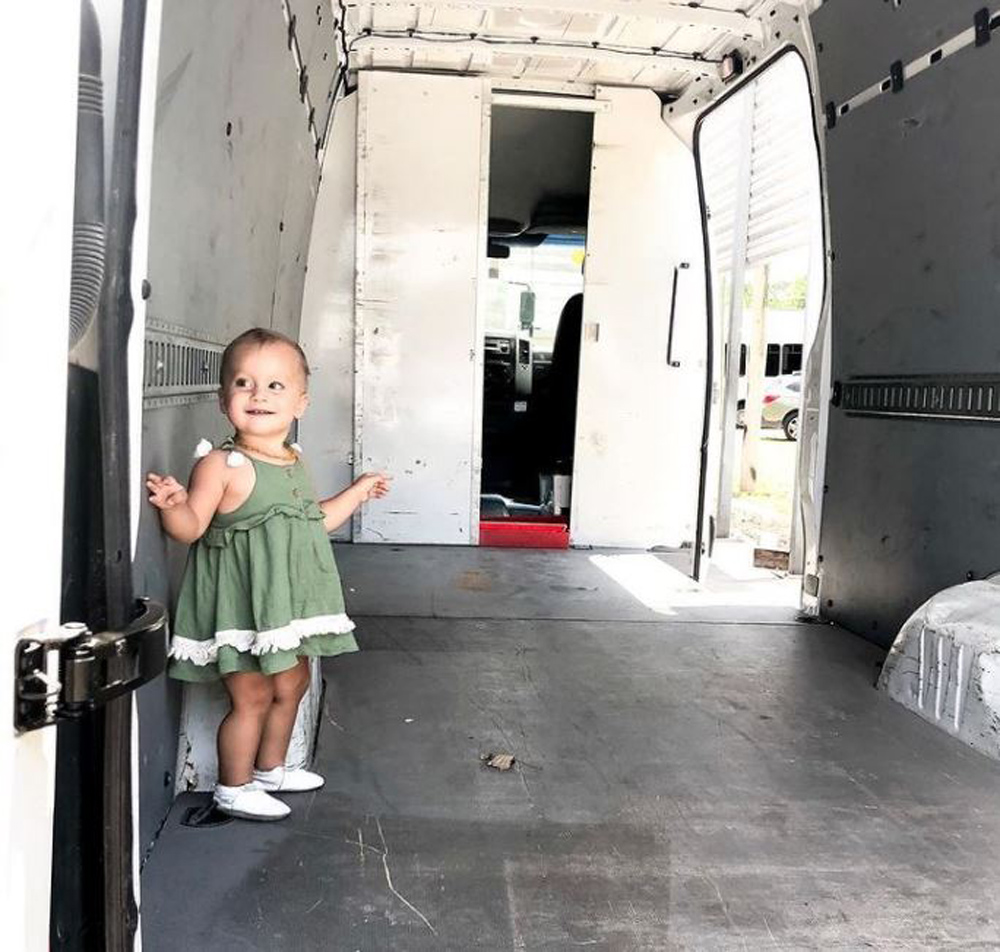 Back in Florida, the couple began shopping around for bigger vans – but found that anything suitable came with a hefty price tag.

“We decided to go for it and got the bus in April – but baby number two was due in July, so it was a hectic summer of making sure the conversion was done.

“We parked up outside the home of some family in Florida, who kindly let us use their facilities while we got everything sorted.

“We did about 75 per cent ourselves, then got some help with the carpentry. Now, the bus has beds, a wet room and toilet, an oven, a stove, heating, solar panels – it really is a fully-functioning home.”

By the end of last summer, the bus' transformation was complete and it is now the Bachowski family’s full-time home. 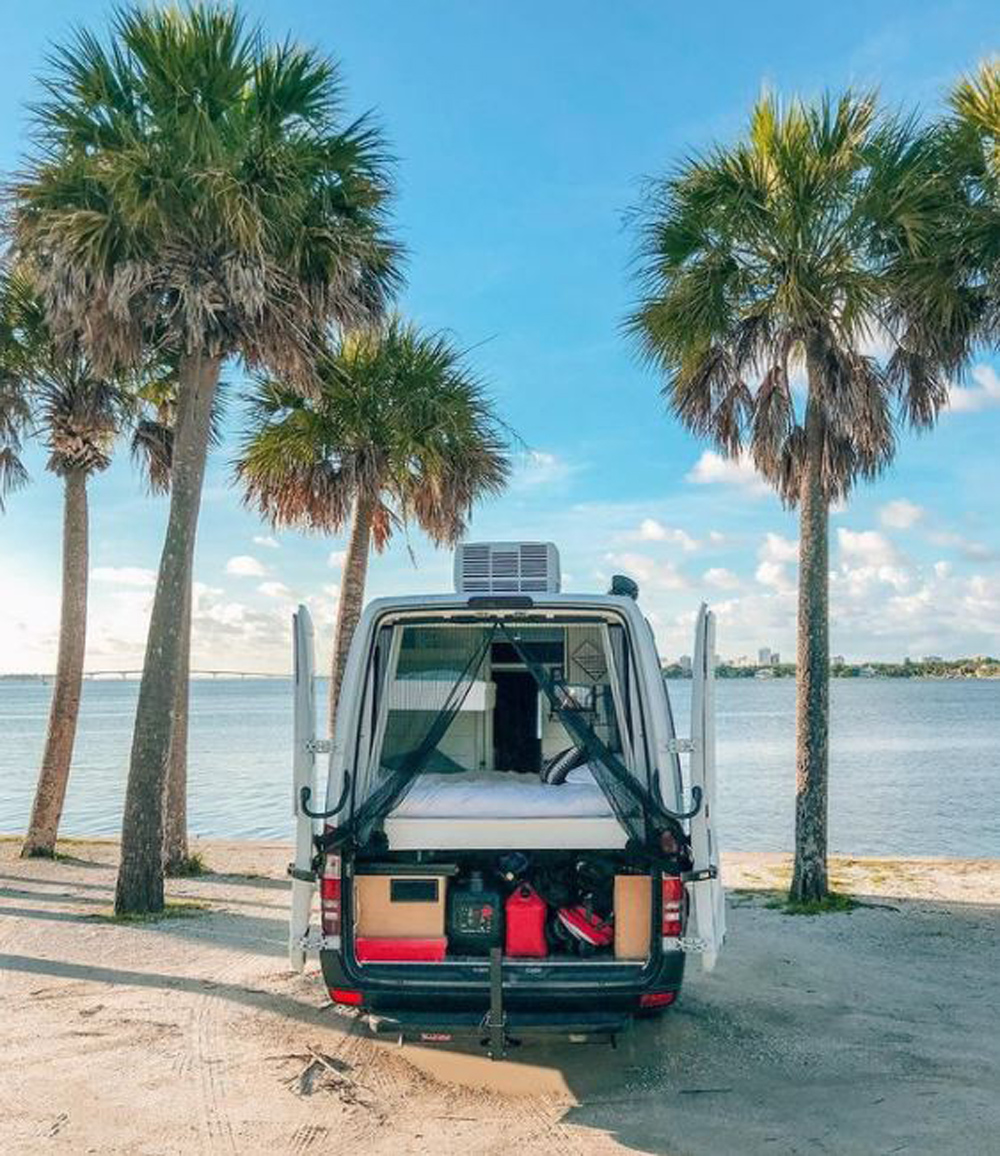 Meanwhile, their epic adventure has inspired their thousands of Instagram followers, who ask them about everything from where to park up to how to maintain a healthy love life.

Still in Florida for now, the couple plan to continue travelling around the States with their children  – then hopefully, depending on pandemic restrictions, one day going further afield and touring through Europe, too.

When the girls reach school age, Jake and Gianna plan to buy some land for a more permanent base – but have vowed to keep their bus, so that they can travel in their free time.

As well as building somewhere to live, they also hope to open a homestead where they will host other travellers.

But, for now, they are enjoying making priceless memories and teaching their daughters about the world.

Jake said: “The girls are exposed to all sorts of different cultures, languages, religions and so on. We hope it’s teaching them that the world is vast and you must treat everybody you meet with kindness and respect.

“They are such happy children. We take them to a different playground every single day, and seeing their joyful faces is one of the best things about this life. 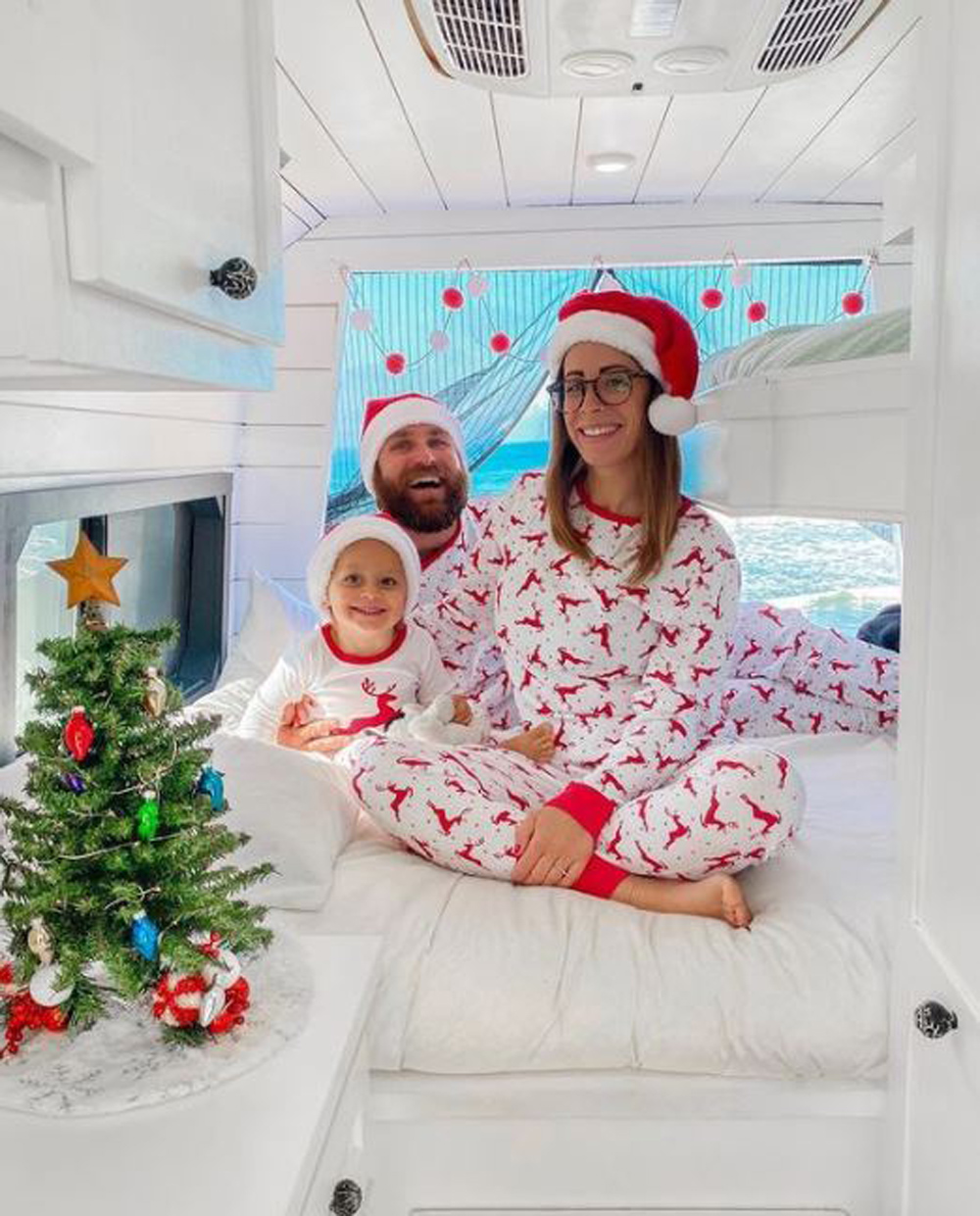 “People sometimes think it’s an isolated life and ask how we make sure the girls are socialising, but there is such a friendly community of other van families.

“We’ve made lots of friends and found a sense of community that we never really had before.

“People can search their entire lives to find a sense of belonging – and here, we have it.”

And Jake, who wants to encourage anybody else thinking of living off-grid to do as much research as possible before making their decision, believes that, post-pandemic, there will be a surge in people wanting to live more self-sufficiently.

He concluded: “People don’t need or want to be in big cities anymore. We yearn for natural beauty and the beauty of humans.

“In the van, we are self-contained, so feel very safe – plus, there is nothing like waking up in nature.

“There are days that feel challenging, like when we have to hunt for water or find somewhere that’s safe to park up without risking a knock on the window from someone telling us to move along.

“But regret is the worst feeling in the world, so we had to take a chance – and now we’re following our dreams.”

They aren't the only couple living on a bus – meet this pair who shell out £6 a day to live on four wheels.

And read about these ordinary people living extraordinary lives.