A WANNABE bride has been branded ‘petty and pathetic’ for making a sign moaning about how long she’s gone without a proposal.

The furious girlfriend has decided to drop massive hints, by leaving signs all over the house she appears to share with her other half. 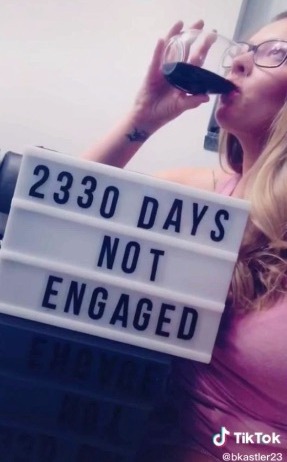 She used a lightbox to make her point, which starts off saying ‘2279 days not engaged’.

It works out to just under six years and three months, but after her boyfriend doesn’t get the message she starts updating the counter.

And she puts the sign in different places around the house – presumably to get her boyfriend’s attention – even leaving it in front of him while he played video games. 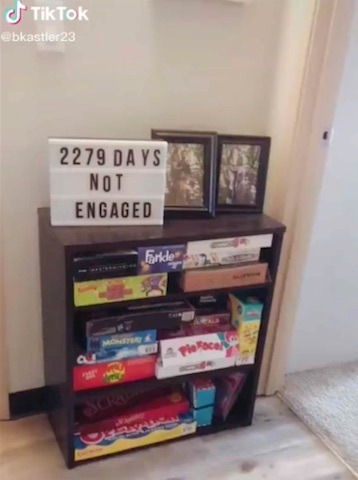 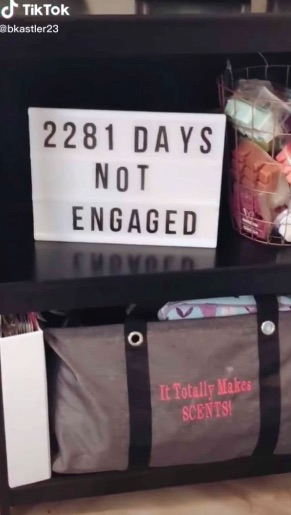 Her Tik Tok video went viral and was shared to Facebook, where hundreds of women commented on the sign.

People have claimed it’s a sure fire way to never get a proposal, with the stunt branded ‘sad’. 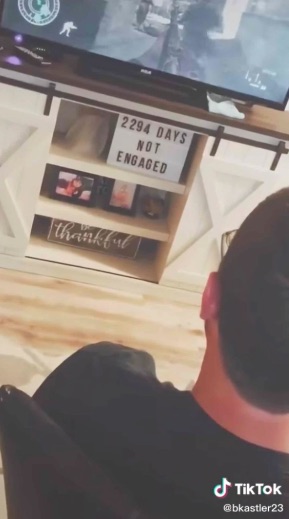 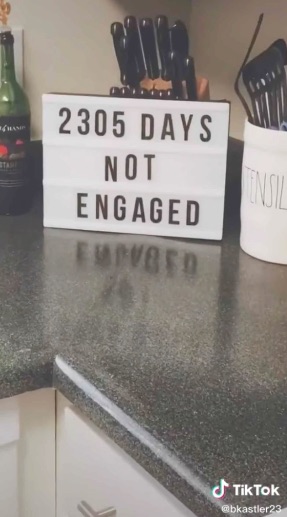 One person said: “Ew imagine trying to pressure someone to marry you lol.”

Another wrote: “Imagine being this petty lol.”

A third thought: “Honestly no wonder he hasn't yet lol. The amount of spite, pressuring and free time displayed here.”

Someone else commented: “That’s so disgusting lol.” 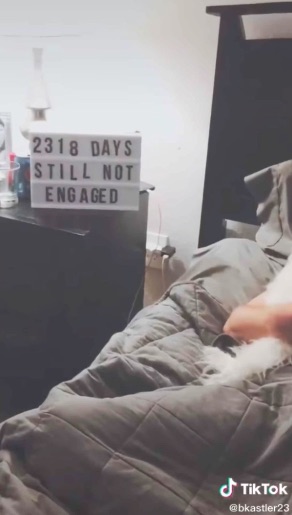 This person snapped: “This is so cringe… the second hand embarrassment is real.”

Another said: “Idk, this is pathetic.”

While somebody else added: “Just for this I hope he never proposes to her.” 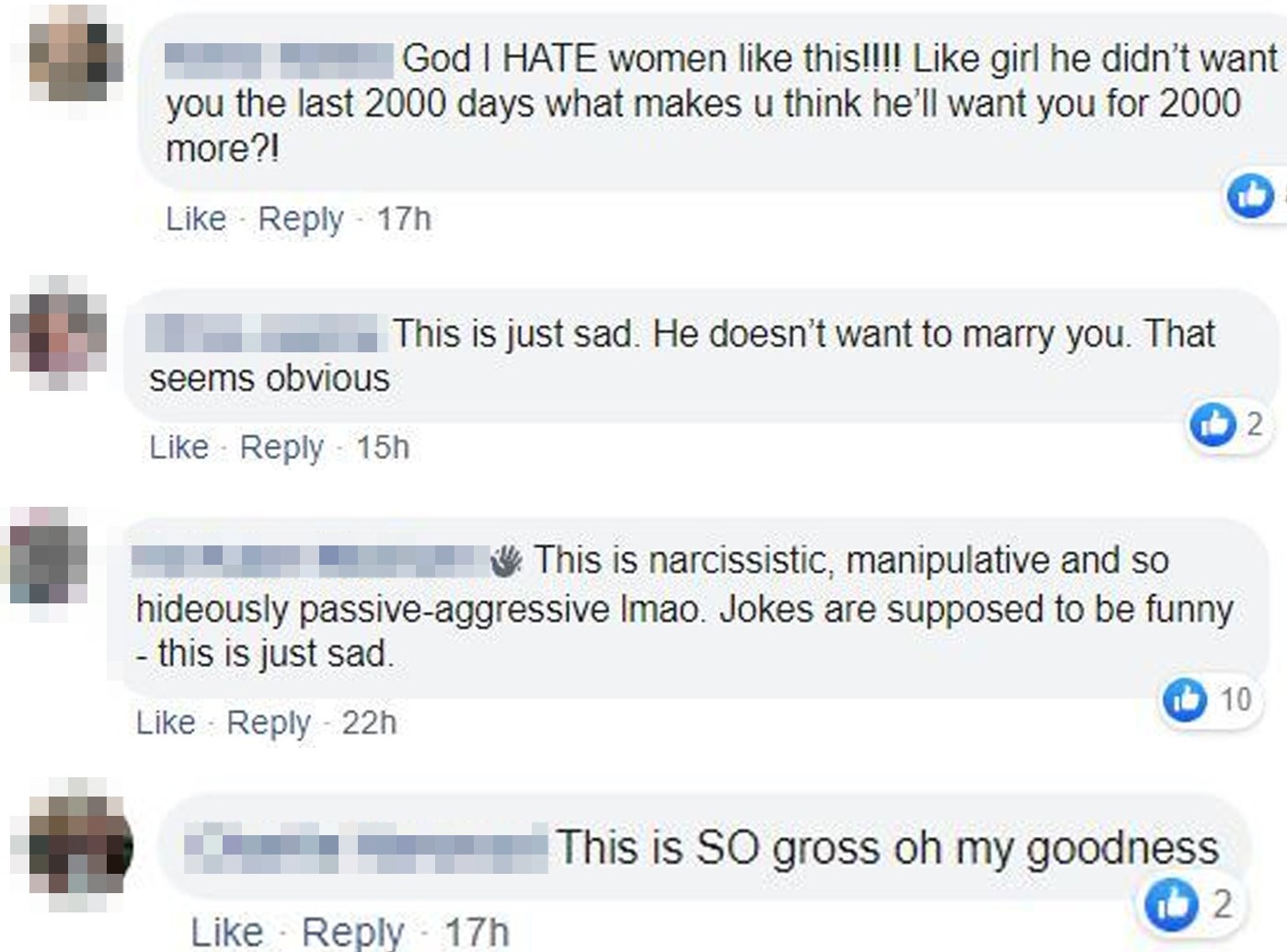 Meanwhile this mum warns parents to check their child’s homework after her daughter used Google & ended up with some terrifying answers.

Plus this mum shares sick messages online groomers sent her nine-year-old as she warns other parents to know the signs.