A VIRAL video has revealed how you can peel a hard-boiled egg in a matter of seconds using a glass of cold water.

The handy hack was shared by Twitter account Back To Nature where it has received over 80,000 views with people hailing the trick “genius.”

The hack works by “shocking the egg out of its shell” by applying cold water and shaking vigorously while it is still hot.

After hard boiling the egg, place it straight in to an empty glass and fill that up with cold water before shaking for about five seconds.

Take the egg out of the glass and gently squeeze it and it should simply slide out of its shell. 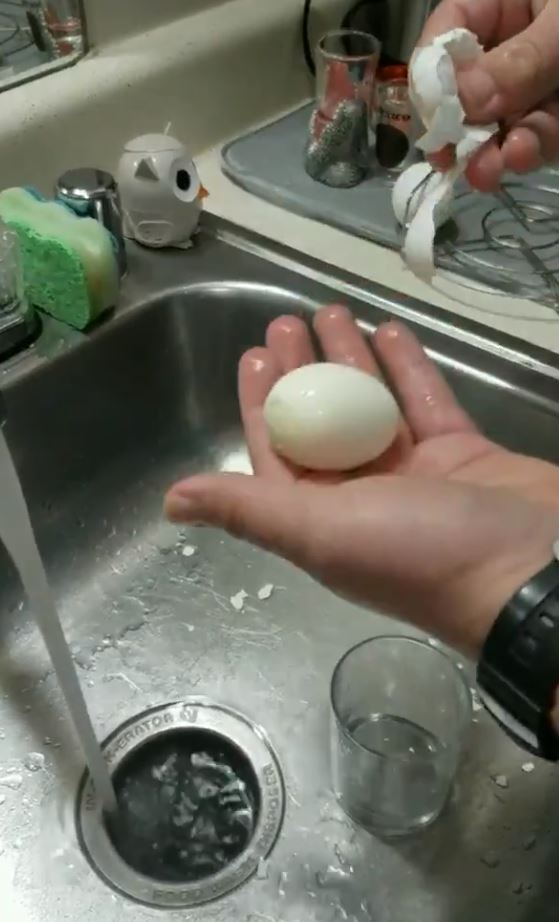 The hack has left fellow kitchen whizzes seriously impressed with some describing it as “magic.”

Commenting on the tweet, one wrote: “Wow! What a clever idea! I'll try that next time I boil eggs!”

A fourth added: “Absolutely brilliant. I have never seen that before.”

For more household hacks, we revealed how you can make clothes that shrank in the wash fit again and all you need is baby shampoo.

And this mum uses Mrs Hinch's favourite products to get her filthy washing machine drawer sparkling.

Plus this Mrs Hinch fan used a 59p Home Bargains squeegee to get hair out of her carpet and is horrified by how much she got up.