AN INSTAGRAM star has been slammed for tagging a swimsuit brand in a post paying tribute to deceased relatives and friends.

Marissa Casey Grossman, 30, from New York, defended herself from the backlash by claiming that "they'd all want to know" where her two-piece was from were they still alive. 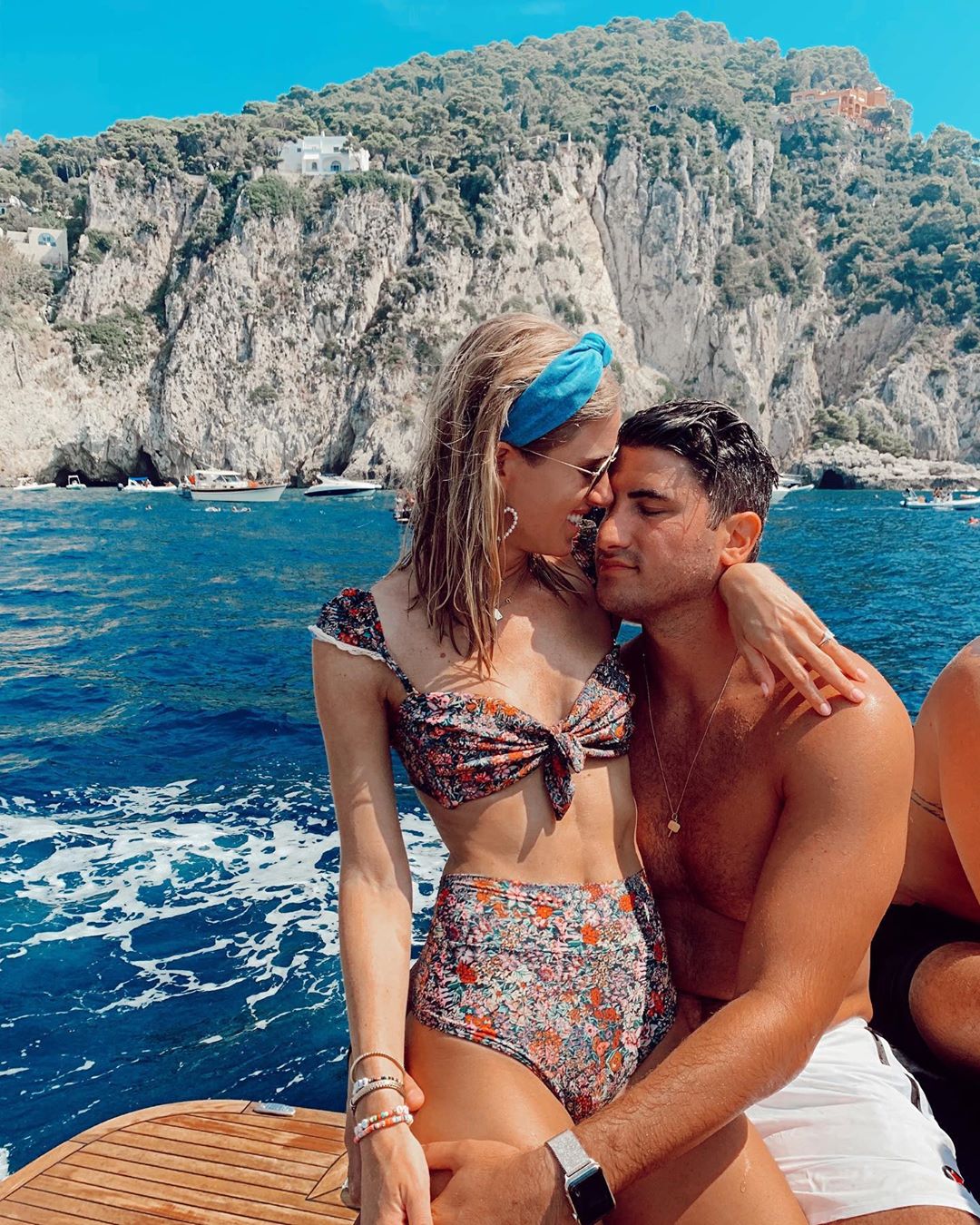 In her original post, the influencer – whose account @fashionambitionist has 178k followers – shared a picture of her enjoying a holiday to the Italian island of Capri with her 30-year-old husband Gabriel.

Captioning the snap, she wrote: "To the moon and back!!!!!

"Living our best lives for Meme, Michelle Blumenthal, Sam Allen, Aunt Sue, Gabe’s Grandparents, Lauren Marcus…. and all those that shine on us everyday.

"Because of you that left us way to soon— we try our very hardest to never take any day for granted and to always be grateful. 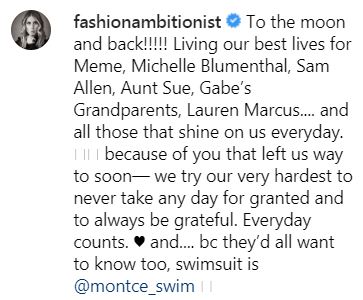 "Everyday counts and…. because they’d all want to know too, swimsuit is @montce_swim."

The post has received more than 4,000 likes with many followers commenting that her ensemble was "cute" and "beautiful" – however Marissa was blasted on Twitter for plugging the swimwear brand in her tribute.

In a tweet that has received over 1,800 likes, one person wrote: "Influencing is lamenting the death of your loved ones in the first sentence, and then making sure everyone knows where you got your swimming costume from in the next sentence."

Another social media user replied: "I hate but love people like this just to make myself feel better for not being so vacuous." 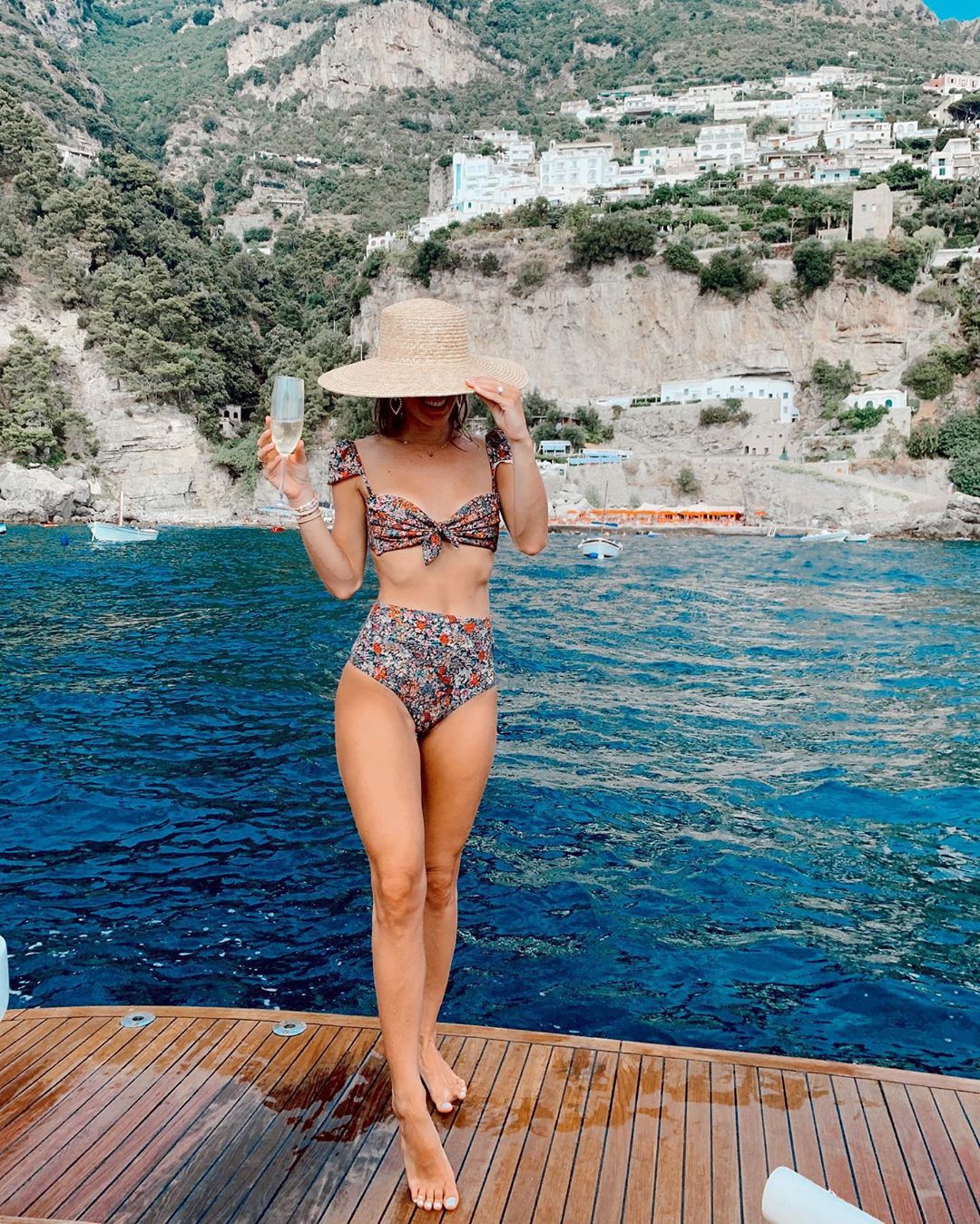 And a third added: "I hate influencers. I really do. So much self-entitlement b*****."

She wrote: "While I do appreciate your concern and comment about my five best friends who passed away and my grandmother and my aunt – I am pretty certain if they are looking down on me, they want to know what I am wearing.

"I know that sounds weird but my grandmother got so much joy in life through me pursuing clothes with my friends Lauren, Michelle and Samantha – I was friends with them all since I was 5 – 25."

She continued: "Just because someone passes away doesn't mean we need to focus on the 'sadness'. I am confident that they would appreciate this message.

"So please think before you speak about my best friends that all passed away from cancer, getting hit by a f****** garbage truck, tumours, diabetes and so many other terrible complications.

"Please think before you post and comment. One of my best friend actually passed away in front of me from an aneurysm when I was 13 – I don't think you know anything about her or our relationship."

She added: "Enough is enough. Stop bullying me. My friends would be texting me if they were alive saying 'can I borrow that and probably never give it back'." 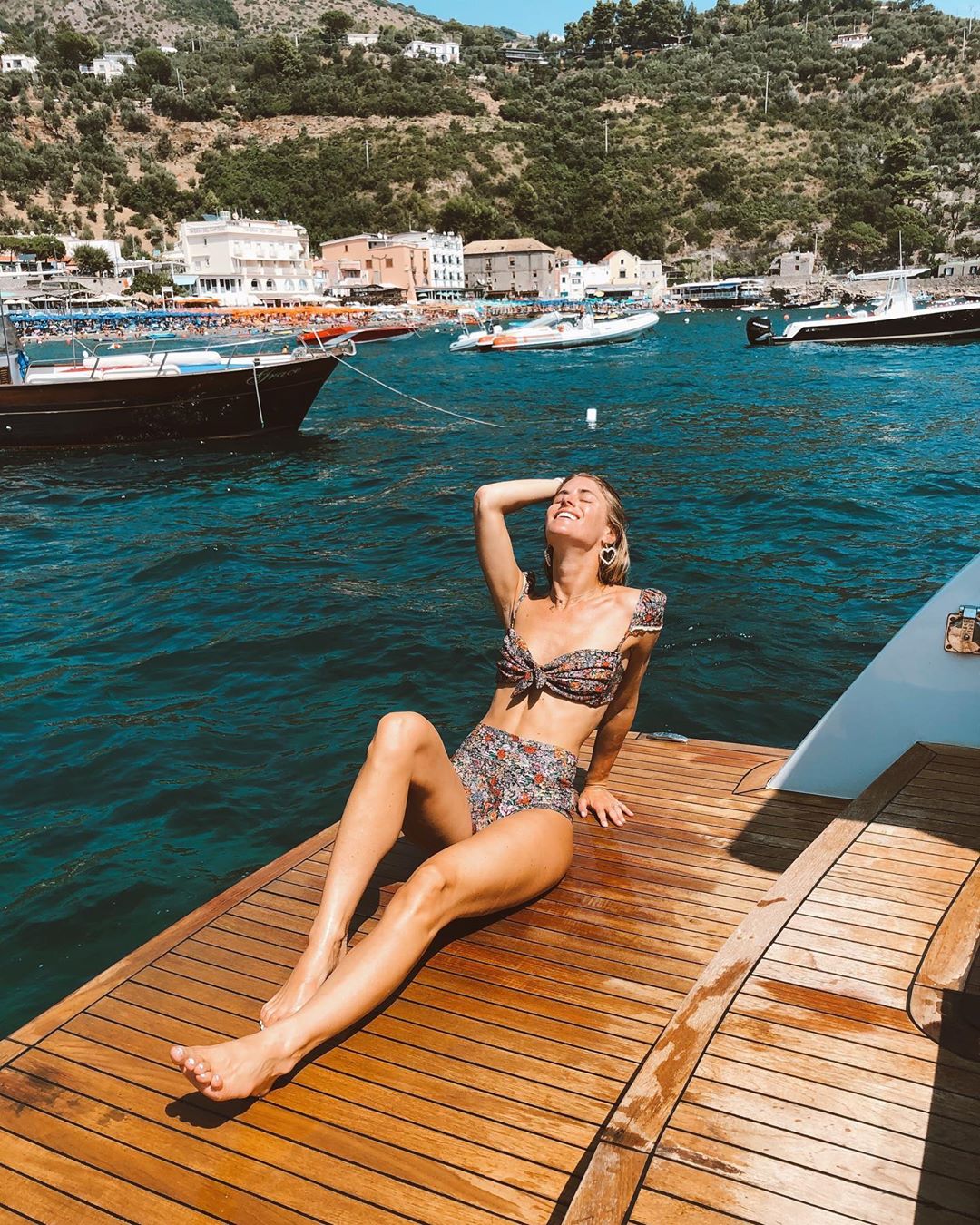 It isn't the first time Marissa – who works for Gwyneth Paltrow's lifestyle brand Goop – has come under fire.

Earlier this year, it was claimed she staged partner Gabriel's marriage proposal by making it appear on Instagram as though he had organised her a luxurious global scavenger hunt.

It later transpired she had invited brands to "align" with her social media platform in paid partnerships or gifts, and provided them with a full itinerary for her upcoming engagement.

After the revelation went viral, she wed her boyfriend in a low-key New York ceremony.

Earlier today, we told you how a Snow White actress was dubbed a "pure angel" by a mum after she hugged her six-year-old autistic son who was having a ‘meltdown’ at Disney World.

We also revealed how a mum has transformed her staircase using glossy paint and heart-shaped light – and DIY fans are loving it.