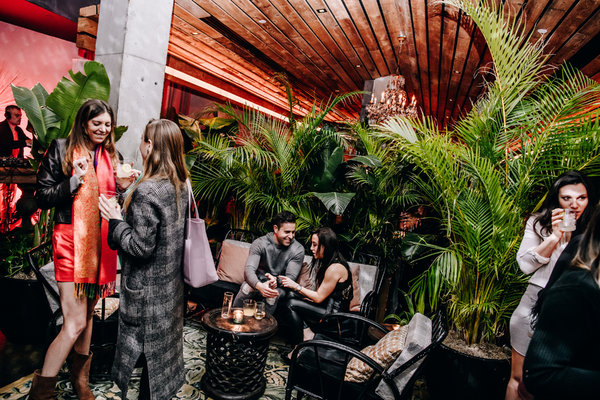 The swarm of wealthy international travelers to and from New York can inspire grand attempts to recreate chic drinking and dining destinations enjoyed in more exotic locales. That’s the story behind the Gitano Jungle Room, a lounge-y tropical restaurant and bar that opened in the James Hotel in January as a reimagining of Gitano, a decadent beach restaurant in Tulum, Mexico.

Gitano’s first iteration in New York came last summer in the form of a seasonal, palm-tree-filled oasis on a nearby lot on Canal Street. Though it ­­quickly proved an Instagram-worthy hot spot for models and influencers, it was shut down twice because of health code violations. (It is set to reopen this summer.)

The new year-round setup may be designed beautifully, but if it’s authentic Mexican food or culture you’re looking for, look elsewhere. Style trumps substance, and it’s hard to shake the feeling that this is just another place for the moneyed clubby elite to party.

On a relatively quiet edge of SoHo, in a subterranean space beneath the James Hotel SoHo. Inside, dark Brutalist concrete contrasts with the warm, Tulum-imported furniture and lush tropical plants. An L-shaped bar sits below an airy atrium. A disco ball, crystal palm tree and a small lounge separate the bar from the 120-seat dining room with a dramatic wooden ceiling. Another bar and cafe are on the floor above.

Subdued salsa shifts into clubbier disco, hip-hop and electronic music as the night wears on and partyers arrive.

Reservations are encouraged, though there were plenty of open tables on a recent Friday around 8 p.m.