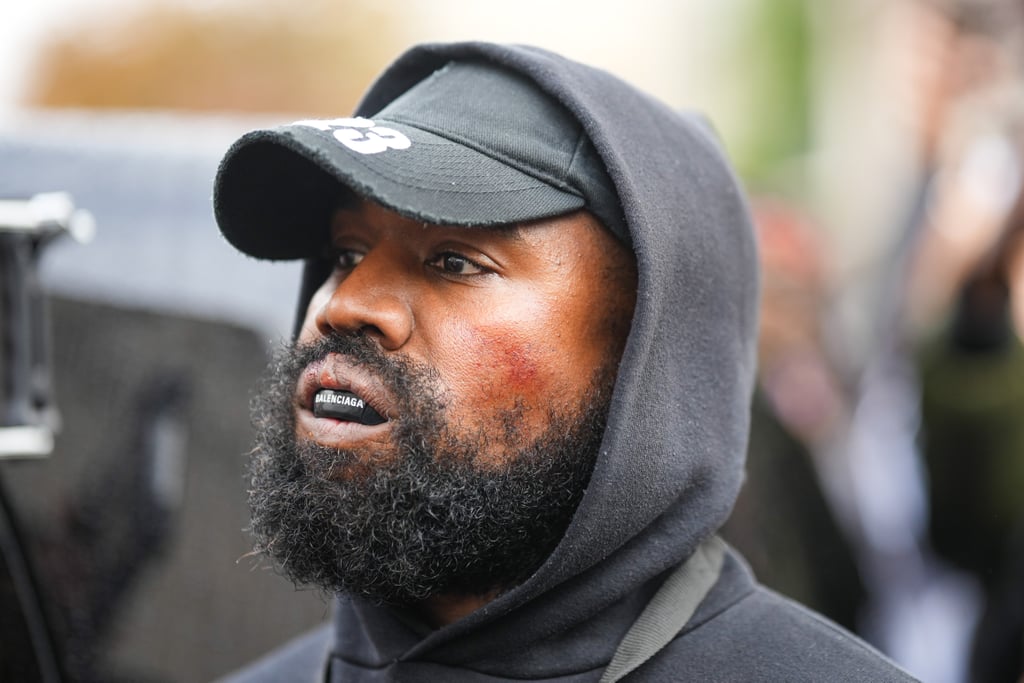 No one could have predicted the chaos that unfolded at Ye (formerly Kanye West)’s Yeezy Season 9 experience on October 3rd. A day after opening the Balenciaga show in security gear, the rapper turned fashion designer staged a surprise runway event during Paris Fashion Week, welcoming celebrities and influential industry figures on the front row, including Jaden Smith, Anna Wintour, and John Galliano. Similar to his previous events, Ye incorporated a performance aspect with a children’s choir and debuted an upcoming track created with James Blake, but the real shock came when Selah Marley, Lauryn Hill’s daughter, walked down the catwalk in an oversize black shirt that reads “White Lives Matter” in the back.

A counterpoint to the Black Lives Matter movement launched in response to police brutality and the senseless killings of Black people in America, “White Lives Matter” has been declared white supremacist slogan by the Anti-Defamation League. The same catchphrase was plastered on the back of Ye’s hoodie as he kicked off the experience with a speech, saying, “You can’t manage me. This is an unmanageable situation.”

From wearing Donald Trump’s “Make American Great Again” hat to saying “slavery was a choice” or “Harriet Tubman never freed slaves,” West has made many questionable choices over the years rooted in anti-Blackness. Sending this message down the runway may be his most damaging act yet. And various celebrities, industry tastemakers, and social media users are speaking out.

Award-winning fashion editor Gabriella Karefa-Johnson described the design as “deeply offensive, violent and dangerous.” Van Lathan Jr explained it succintly on Instagram, writing: “we don’t need a reminder of the worth of white lives. America is a shrine to the worth of white people. This message is reactionary to a message affirming the worth of Black lives, which have never been worth anything in America. In its intent, it’s a white supremacist notion, because it posits that we can’t have a conversation about the worth of Black people without having a conversation about the worth of white people, which is f*cking insane. The notion that it ALWAYS has to be about white people in America is incredibly frustrating, emotionally draining, and the whole problem. But here’s Kanye, apparently centering that notion.”

Jaden Smith exited the show after seeing West’s “White Lives Matter” shirt, and he wasn’t the only one. “I Had To Dip,” he tweeted. “I Don’t Care Who’s It Is If I Don’t Feel The Message I’m Out.”

After the backlash, West responded with an Instagram story attacking the anti-police brutality movement. “Everyone knows that Black Lives Matter was a scam. Now it’s over. You’re welcome,” he said. He then targeted Karefa-Johnson in a series of inflammatory posts, attacking her wardrobe and declaring she’s not a fashion person, despite her years of experience, celebrated personal style, and award-winning work as a stylist and editor.

Karefa-Johnson’s message, which was echoed by several others, still resonated regardless of Ye’s personal attacks. There is nothing revolutionary about his shirt or his co-opting of white supremacist language. He held a microphone to the bigots who already live by that very slogan, generating shock without any value.

When someone of his stature does something so problematic, so deeply infuriating, the question of whether or not to give it airtime always looms large. By continuing to engage with his work, reporters, celebrities, and users on social media are amplifying his message even while denouncing it. That attention could better serve designers of color who showed during Fashion Week, instead of generating buzz around Ye and thus enabling his indefensible behavior.

His show contained all the elements of a clickbait outrage culture production, and he successfully made himself the center of the conversation. Ye called himself a leader during his speech, but with his online bullying tactics and white supremacist message, he’s clearly leading in the wrong direction.