Could anything better embody this liminal moment than a sweater vest?

As the world dances between sickness and health, lockdown and freedom, winter and summer, this fence-straddling garment is sublimely attuned to these strange, in-between times.

Last fall, when fashion designers presented their prognostications for an unforeseeable spring season, they threw their weight behind the sweater vest in droves. Like Maryam Nassir Zadeh, the downtown New York designer who, in her first foray into men’s wear, showed a V-neck version with pleated trousers. Ms. Nassir Zadeh said she was inspired by one her ex-husband owned, a hand-me-down from his father, as well as the way her friend, the stylist Thistle Brown, wears them. 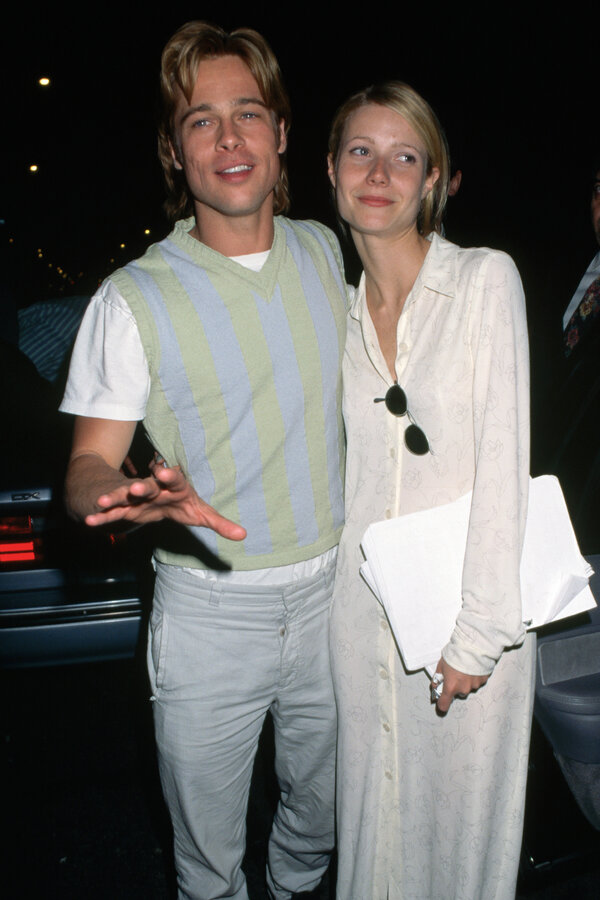 From luxury stalwarts (Hermès and Michael Kors) to cool brands geared toward younger consumers (Wales Bonner and Eckhaus Latta), the spring collections were chockablock with this hybrid of waistcoat and traditional knit.

“I’m attracted to clothes that are useful and adaptable,” said the British designer Margaret Howell. She has proposed sweater vests — or “slipovers,” as she calls them — in some form or another since the 1970s. This season she raised the neckline and dropped the armholes to impart some nonchalance to the stuffy piece.

“The slipover can provide that extra layer of warmth and color worn under jackets in the winter, or in summer can be worn sleeveless,” Ms. Howell said.

As we navigate our re-emergence into public life, a sweater vest can be read as a way to keep hold of the cozy-at-home solace we’ve relied on during the traumas of the last year. “There’s a level of comfort, still, with a sweater vest,” said Taylor Okata, a stylist. “I feel like it’s an evolution. It’s for people who want to be comfortable but don’t always want to be in a hoodie.”

Yet a sweater vest can also elevate an otherwise humdrum outfit to something more intentional. “I love just throwing one on even with shorts and sneakers,” said Mr. Okata, who owns several — some body hugging, some baggier — including ones from Comme des Garçons, Dries Van Noten and the Swedish label Arket. “At least I feel somewhat like I got dressed for the day.”

Celebrities have also been helpful in disseminating the gospel of the sweater vest. Harry Styles makes a strong case for them by topping his retro ensembles with slim-fitting, cropped variations, often from Gucci. They’ve become a sartorial calling card for Tyler, the Creator; and V and Jimin, of the K-pop band BTS, have a fondness for preppy versions.

Over the years sweater vests have had an array of cultural associations. In some circles they’re seen as sporty, thanks to endorsements from cricket players or golfers. Master marketers like Ralph Lauren and J. Crew savvily leaned into their association with Ivy League schools, enshrining them in the prep canon.

The ur-nerd Steve Urkel of “Family Matters” and the cartoon character Doug Funnie cast them as a cornerstone of the archetypical geek’s uniform. And the current nostalgia for trends of the 1990s has fueled interest among Gen Z, with Chandler Bing of “Friends” and vintage photos of Brad Pitt as lodestars.

“It’s no secret that fashion trends are cyclical,” said Dayna Isom Johnson, a trend expert at Etsy. “So it only makes sense that many trends from the ’90s are being borrowed, brought back and modernized.” Etsy’s data show a 121 percent increase in searches for “men’s sweater” or “knit vest” over the last three months compared with the same period last year.

Fashion designers, stylists and celebrities are one thing, but the most compelling evidence of the sweater vest’s ascent may be the way it has been embraced by young consumers, like Daniel Pinto, a 17-year-old high school senior in White Plains, N.Y. He bought his first sweater vest about two years ago and estimates he now has almost 50.

“I was kind of hesitant because I had heard they’re, like, old people clothes,” he said. But after friends complimented him on a sweater vest he wore to school, he became a full-fledged devotee.

“I got onto the fashion side of TikTok and started seeing more influencers wear them,” he said. “And I was, like, I definitely need to get more.” His bounty is culled largely from local thrift stores, and with his school attendance mostly virtual because of the pandemic he has taken to showing off his outfits via his TikTok account.

Now, with the fate of the office — and, hence, the office uniform — in flux, the sweater vest embodies the new need for work-from-home flexibility. “Dressing now is all about cross-functionality,” said Damien Paul, the head of men's wear at the online retailer Matches Fashion.

“The sweater vest isn’t new,” he said, “but they have returned with impact, working well with tailoring, adding a dimension when layering, or helping to elevate a day look while remaining comfortable.”

Then, too, some men are giving sweater vests a surprisingly sexy spin, wearing them on their own, like a tank top. “I think it’s so hot,” Ms. Nassir Zadeh said of the look.

“You don’t think to see skin with that.”