Did you hear the scoop about Chris Evans? When the 39-year-old actor goes to the local sandwich shop in his Massachusetts hometown, he always orders the same thing: a ham sandwich. Allegedly. An anonymous source recently claimed that Mr. Evans asks for “pickles, tomatoes, a little mustard, and extra mayo” on wheat, with salt and vinegar chips on the side, and he “always puts money in the tip jar.”

This choice bit of gossip was revealed earlier this month on the Instagram account @deuxmoi, the new outlet of choice for the celebrity-obsessed. Run by an anonymous New York City woman, Deuxmoi has exploded in popularity this year by sharing both scandalous and shockingly mundane updates about the A-list on the platform’s Stories feature. This user-submitted gossip disappears after 24 hours, making it all the more important for interested parties to click through on a daily basis.

In addition to Mr. Evans’s sandwich preferences, Deuxmoi has posted anonymous tips in recent weeks about Timothée Chalamet’s coffee order, Lionel Richie’s tipping habits and Jennifer Lopez’s preferred dessert (one bite of creme brulee). The account also breaks news: When Carl Lentz, the Hillsong pastor famous for ministering to Justin Bieber, was fired on Nov. 4 for “moral failures,” Deuxmoi was the first to post a statement from church leadership.

Perhaps it would surprise you to learn, then, that the woman behind the account is not a tabloid obsessive. She previously used Deuxmoi to promote a lifestyle site that she started with a friend in 2013. When the pair stopped publishing content to the site (“around 2015”), she kept the account, which had about 45,000 followers. Then, in March, she got bored.

“It was the day that I got sent home from work and knew that we were going to be quarantined for an indefinite amount of time,” she said. “I think it was March 18. I just sort of threw out a question: ‘You guys have any celeb encounters that you want to share?’ And that’s literally how it started.”

The first tip that came in was about Leonardo DiCaprio. Then there was one about Jonah Hill. Then, she said, one of Mr. Hill’s ex-girlfriends started DMing her. She started posting screenshots of the messages from her followers, and the account took off.

The account’s administrator said she gets hundreds of submissions a week through her Instagram DMs and a form on her website. (The New York Times agreed to grant the administrator anonymity due to her concerns for privacy and safety.) Given that volume, she said, she does not have any personal photos stored on her phone. “All screenshots.”

Sometimes, if the information is particularly sensitive, she will alter the text to make it a blind item. But she is clear that she does not spend time attempting to verify each story. Or any story. This hasn’t stopped other celebrity news and gossip outlets, like The Daily Mail and LaineyGossip, from citing her account.

“I’ve always stayed true to what I said from day one, which is that this information is not proven to be based in fact,” she said. “I don’t do any additional research. I’m not a reporter.”

She simply takes a screenshot of a source’s message and reposts it, sometimes blurring out identifying details. “I feel like my content is as truthful as the person who’s sending it in,” she said. “Like, I don’t edit. I will censor, but I don’t edit. So you’re seeing exactly what somebody is writing to me.”

“I just ask the reader to be discerning and, you know, decide for themselves if they think it’s true or not,” she added.

As a result, tapping through Deuxmoi’s dozens of daily stories feels a bit like reading the menu at the Cheesecake Factory: There’s a lot there, and it’s not immediately clear where any of it came from or how it fits together. 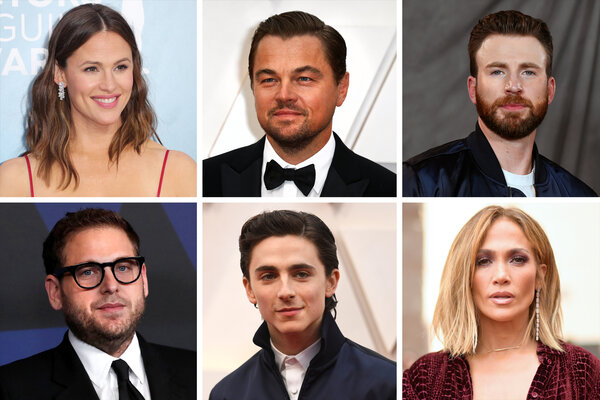 Though she does not necessarily see herself as one of them, the woman behind Deuxmoi follows a long line of gossip reporters who have used blind items to reveal potentially damaging information about the rich and powerful. The tradition dates back to the post-Civil War society pages, was revitalized in the 1980s by reporters like Richard Johnson at Page Six, and is currently employed on dedicated blind-item sites like Crazy Days and Nights and Blind Gossip.

What Deuxmoi tends to post — and what readers seem to gravitate toward — are anodyne stories that usually go unreported by magazines like People and Us Weekly. How does an actor respond when someone asks him for a picture? What does a pop star say to a flight attendant on a trans-Atlantic flight? Who’s wearing a mask, and who’s not?

This kind of idle gossip proved especially engrossing during the beginning of the pandemic, when most celebrities were locked in their multimillion dollar homes, not doing anything, and the traditional tabloids had little to report.

“I love to know, like, J. Lo’s restaurant order or what brand shampoo Jennifer Aniston really uses,” the woman behind Deuxmoi said. “I feel like you’re not really getting that information anywhere, and this is coming straight from the people who have served them or worked with them. Like, if it’s celebrity shopping at a boutique — I don’t know if this is too invasive — but I’ve asked, ‘What size jeans did they buy?’”

Mundane celebrity gossip has become popular across social media: On TikTok, restaurant workers share their run-ins with celebrity patrons. (After user @juliacarolann, a Manhattan restaurant hostess, accused Hailey Bieber of being “not nice” during a handful of visits to the unidentified hot spot, Ms. Bieber apologized in the comments.)

Other celebrity-focused Instagram accounts have started to pump their followers for celebrity anecdotes, too. Emma Diamond and Julie Kramer, the founders of the account @commentsbycelebs, which catalogs social media exchanges involving celebrities, teamed up with Jesse Margolis, the founder of @overheardla, which posts overheard snippets of conversations between young Los Angeles residents, to create @overheardcelebs.

This new account highlights user-submitted stories of almost uniformly positive celebrity encounters. The posts are so inoffensive that celebrities themselves respond to them. (On a post detailing a time when Jennifer Garner was allegedly nice to someone backstage at a Broadway play, Ms. Garner commented that she remembered the encounter.)

“We don’t want celebrities to be afraid of this,” Ms. Diamond said. “We don’t want it to be the type of thing where it’s like, a bad thing to get posted.”

Still, the woman behind Deuxmoi considers herself to be the original. She is looking at different ways to monetize her account, but for now she is still working full-time, with no plans to quit. She updates her account daily around 6 p.m., when she finishes her work day. And she still doesn’t read the tabloids. “The type of followers I have, they know everything,” she said.

The one kind of gossip she avoids posting on the account? Political. “People have asked me, a lot, to get the tea on politics, and I really don’t want to go there,” she said. She made an exception during the week of the election, however, when she received an anecdote about Senator Bernie Sanders.

“I interned in the U.S. Senate and would see Bernie Sanders in the cafeteria getting soup for lunch fairly often,” a tipster wrote in a DM. “I remember him getting the tomato soup.”

Deuxmoi reposted the insider information. “I felt like that was pretty innocent,” the woman behind the account said.