CHOOSING a tattoo is a very personal, and lots of people go for something sentimental, or with a special meaning.

But people were left wondering about the meaning behind one man's unique inking, after a video was shared of the tattooing process by the artist on TikTok. 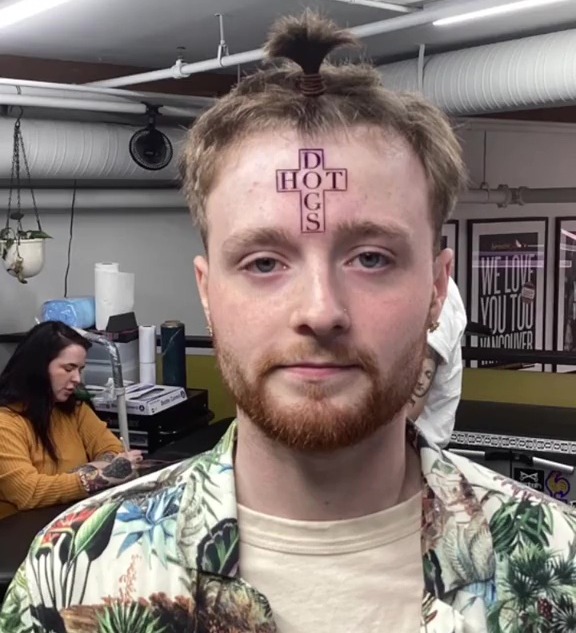 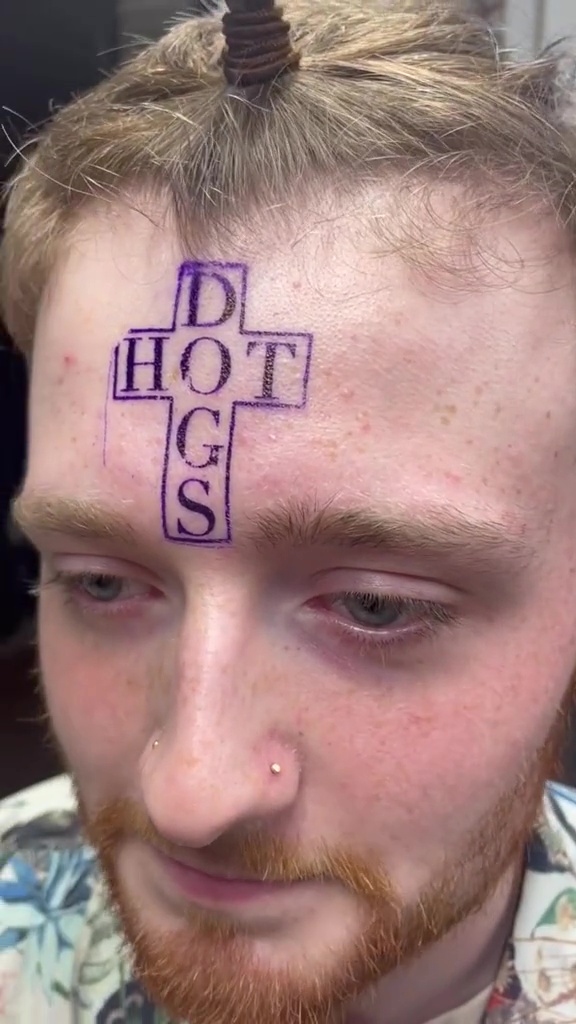 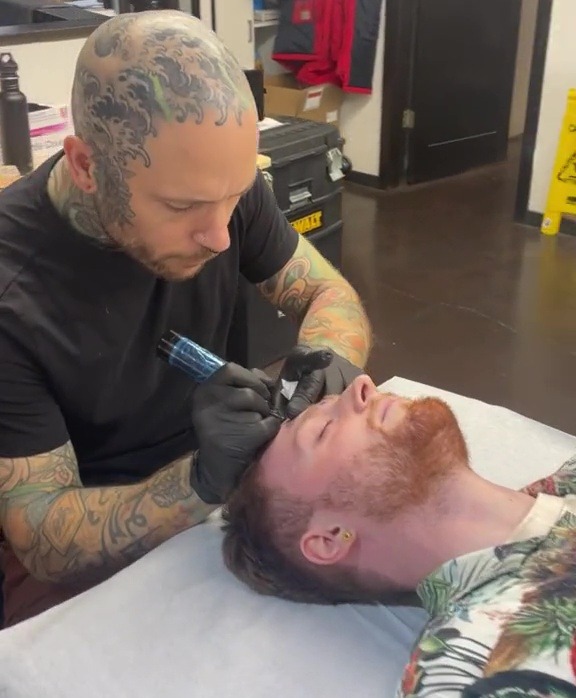 The man opted to have a cross outline etched onto his forehead, with the word "hot" in capital letters horizontally inside the outline, and "dogs" vertically.

"'Finally excited to have a face tat. It’s gonna be sick'…he said," the caption of the video read.

In the clip, the man was seen having the design drawn on his forehead in pen, before it was permanently inked on.

It concluded with the man showing off his new tat, smiling into the camera. 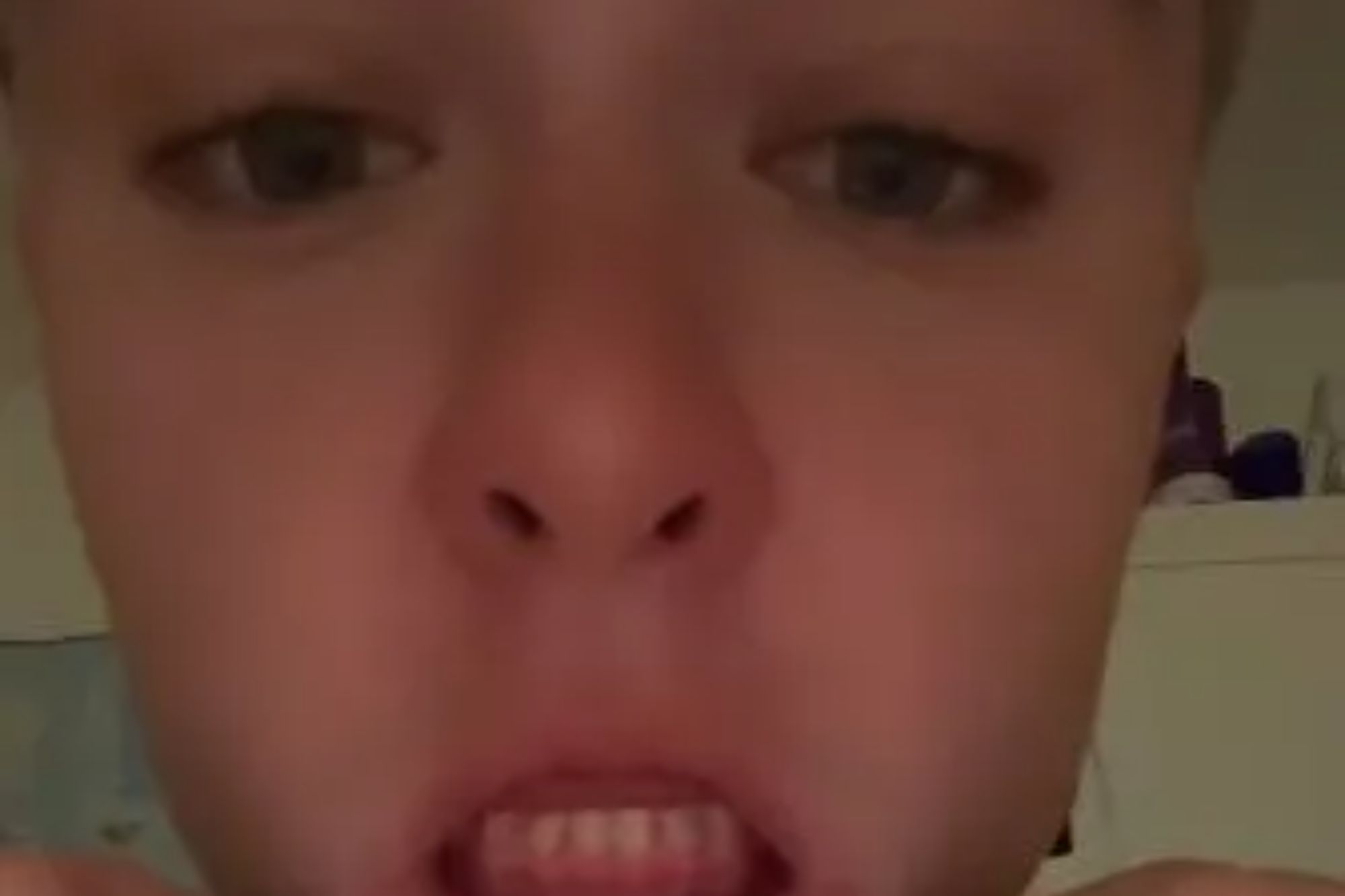 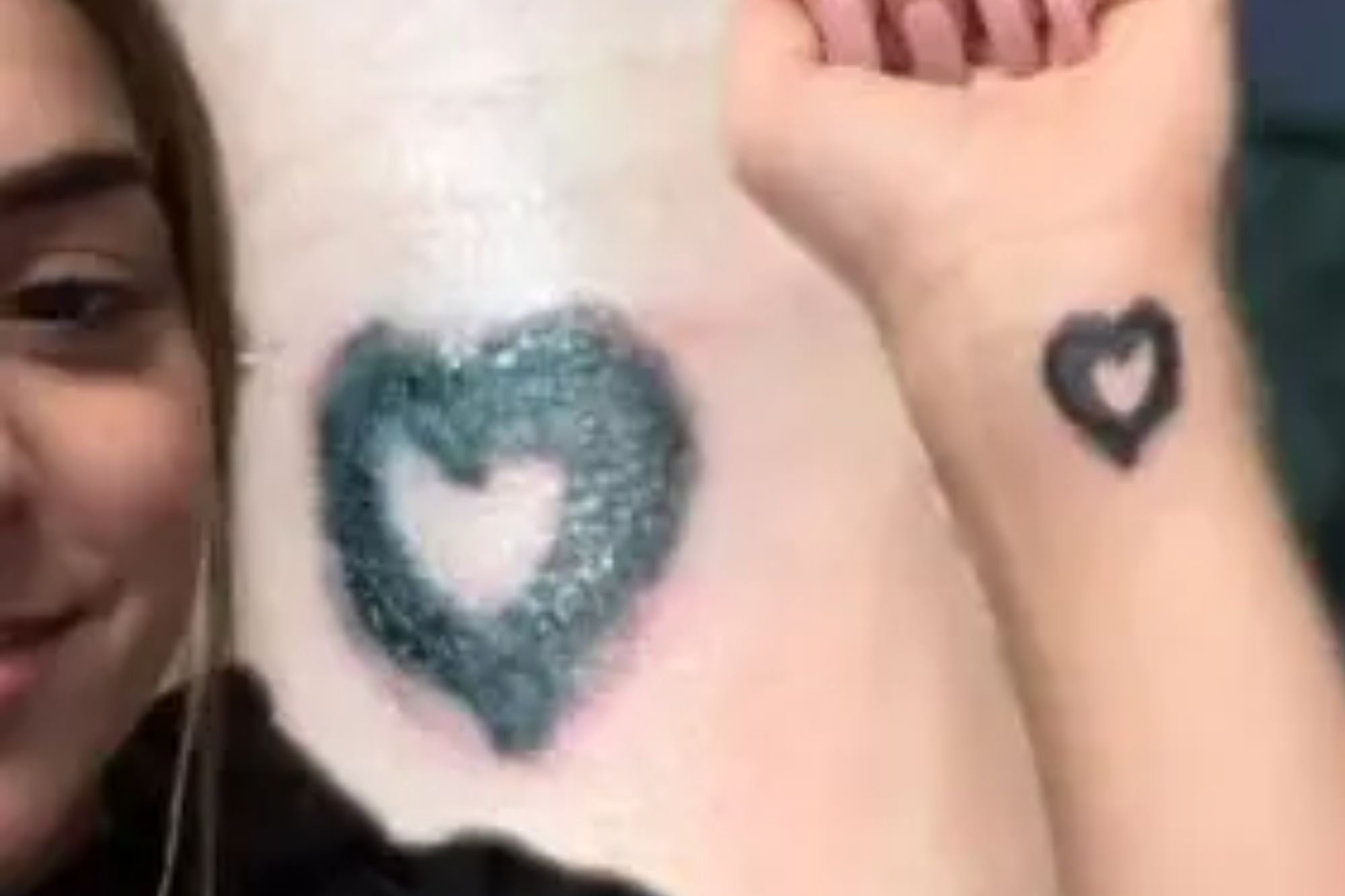 I wanted a cute heart tattoo on my wrist – it went really wrong, it’s so bad

But people in the comments section were all left saying the same thing – namely that the tattooist should have refused to do it.

"How did you guys let him do that?" one wrote.

As a former tattooist commented: "There were certain tattoos that I refused to do.

"This would have been in that category."

"why didn't you refuse this?" another asked.

"Big red flag for a tattoo artist to agree to do whatever tattoo they're asked to do."

While someone else hilariously commented: "should have changed the letters to.. b**l ..end."

And another comment read: "When I think I have a bad tattoo I’m just gonna reference back to this video."