A TATTOO fan showed off the latest design she got on her arm – complete with a massive ink bubble.

The woman, who calls herself Jade, revealed the giant black ‘ink sac’ which had formed above an indelible picture of a skull. 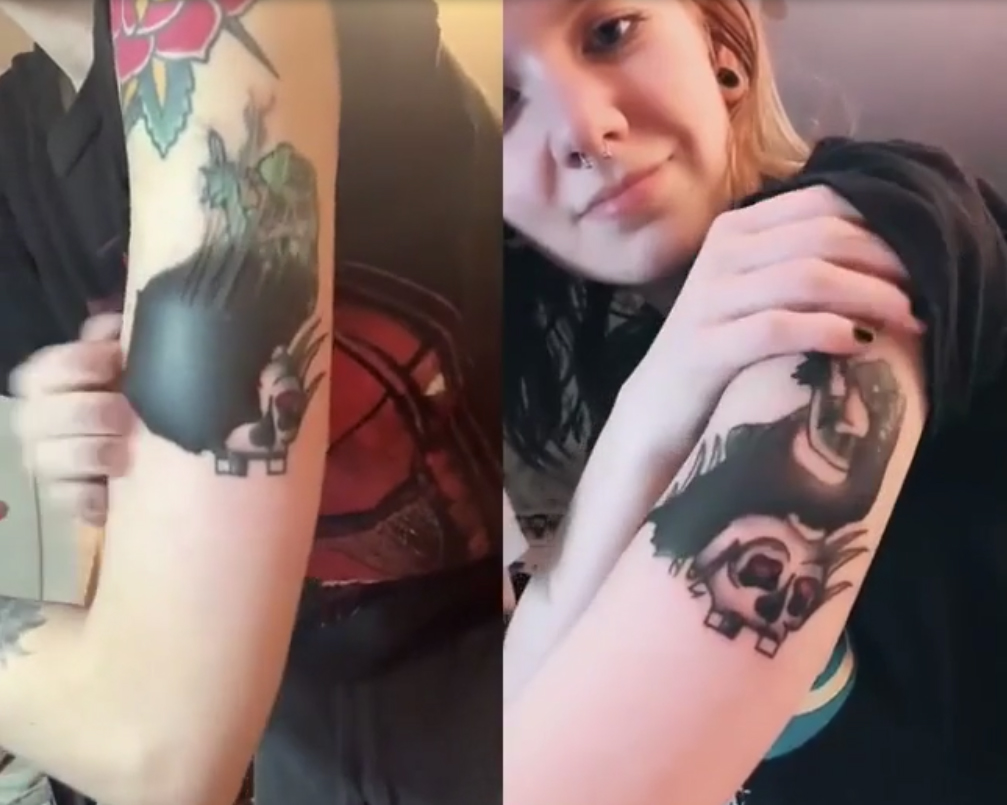 In the clip, which amassed 22 million views, Jade can be seen pushing the liquid around beneath her skin and shaking it, revealing the green pattern beneath.

The 19-year-old – who revealed she does her own tattoos – says she regularly gets them, previously seeing them appear across her body including on her legs.

After the latest bubble popped up, she said on TikTok: “lmao another ink sack?!? I did these tattoos on myself!!

“Also, this is completely normal it’s all plasma! you keep it wet for the healing process.” 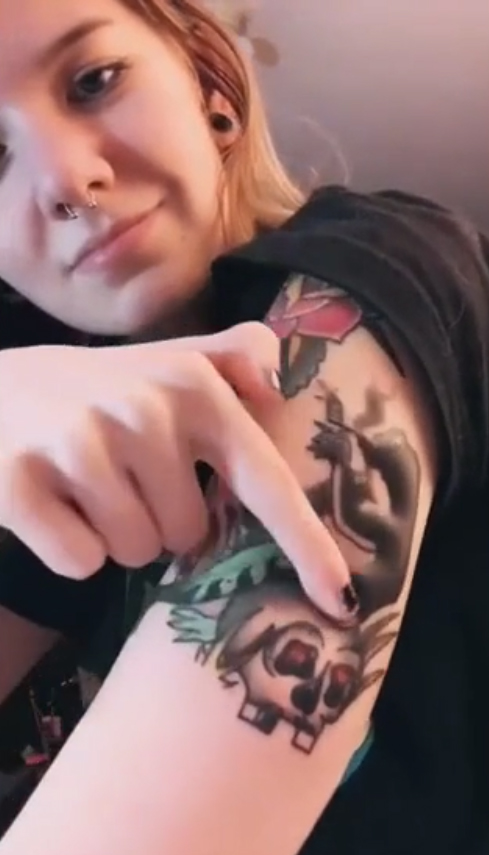 Despite people being grossed out by its appearance, she later shared snaps of her designs fully healed, saying: “My tattoo looks amazing.”

Ink sacs, or bubbles, are common in tattooing, and occur when moisture is trapped beneath the skin.

As a tattoo heals it forms a scab, which needs to be completely dry before adding any sort of moisturiser on top – which is recommended for fresh tattoos. 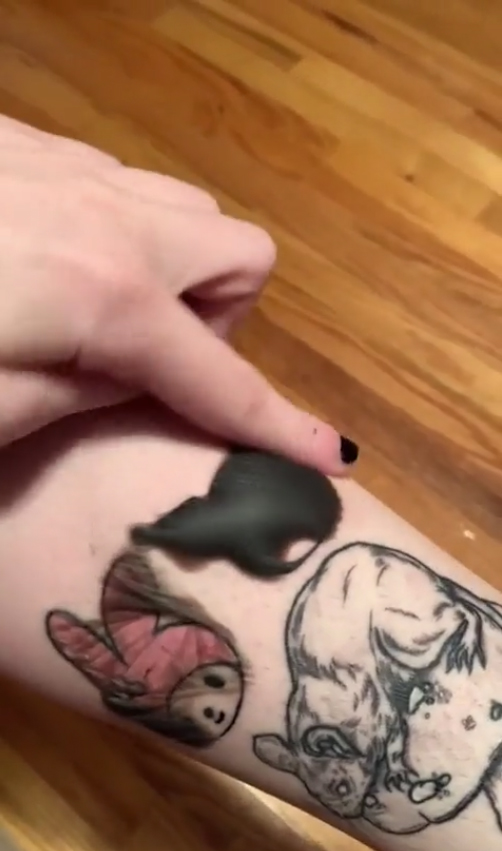 If lotion is applied before the scab has properly dried, this can lead to the crust becoming soft and trapping water as it can’t escape, which leads to bubbling.

While it’s not something which requires medical attention, Authority Tattoo said: “Tattoo bubbling can happen at any point during the healing process and increases the risks of damaging your tattoo and getting an infection.”

Despite bubbling being a side-effect of tattoos, many people claimed they’d never seen one before. 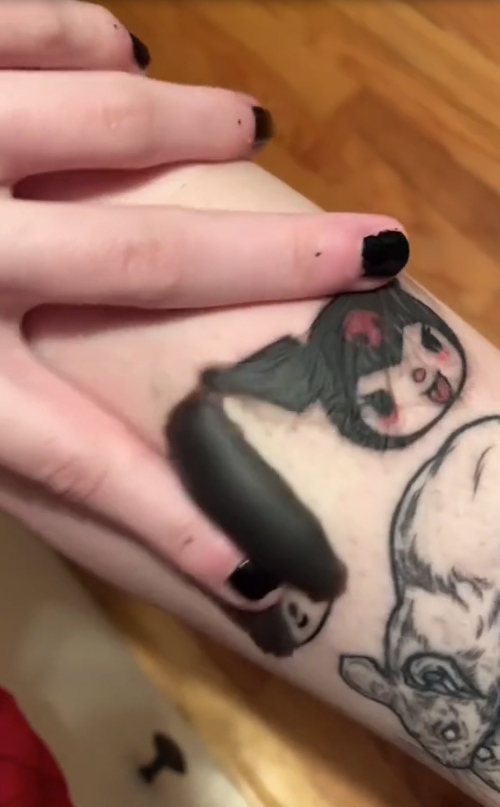 Commenting on Jade’s video, one person said: “I have a lot of tattoos but never in my life did I have a freaking ink sack. It doesn't look safe, I know they white ink at the end but this?"

Another wrote: “Okey okey I'm getting my sleeves done in like a week from now, what is that?1 What am I missed and why did no one tell me about this?"

This stunned person said: “I have just one question I just wanna know what is an ink sac and how does it happen?"

While this ink fan added: “Nice! Although the ink sack alone was kinda cool."

While this woman was horrified after getting the tattoo of her dreams – then discovering she copied the fridge logo without realising.

Plus these are the most basic tattoos artists secretly hate as they reveal the one inking they will NEVER do.

And tattoo fans share what dodgy body art REALLY means… and ‘fresh spring rolls’ has to be the winner.