A STUDENT’S ‘exam anxiety’ turned out to be a potentially deadly lung condition – but doctors mistook it for stress and asthma.

Chantelle Francis suffered chest pain and would could like an elderly smoker when she first sought medical help. 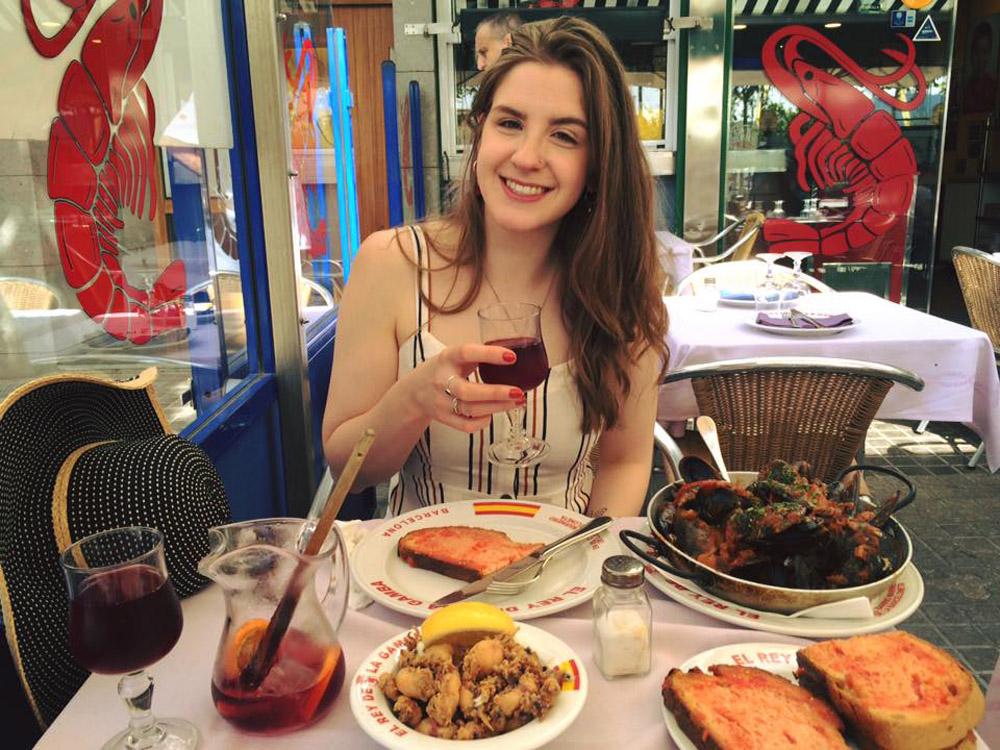 But the 24-year-old was given an asthma pump to manage the symptoms.

Her problems persisted and she returned to the GP, where she was told it was likely down to anxiety.

Feeling “helpless” she pushed on, trying instead to focus on school as she left her home in Stockport, Greater Manchester, to study English Language and Literature at the University of Sheffield.

When her ill health began to take its toll on her social life she was referred to a specialist and sent for a string of tests, including an MRI scan. 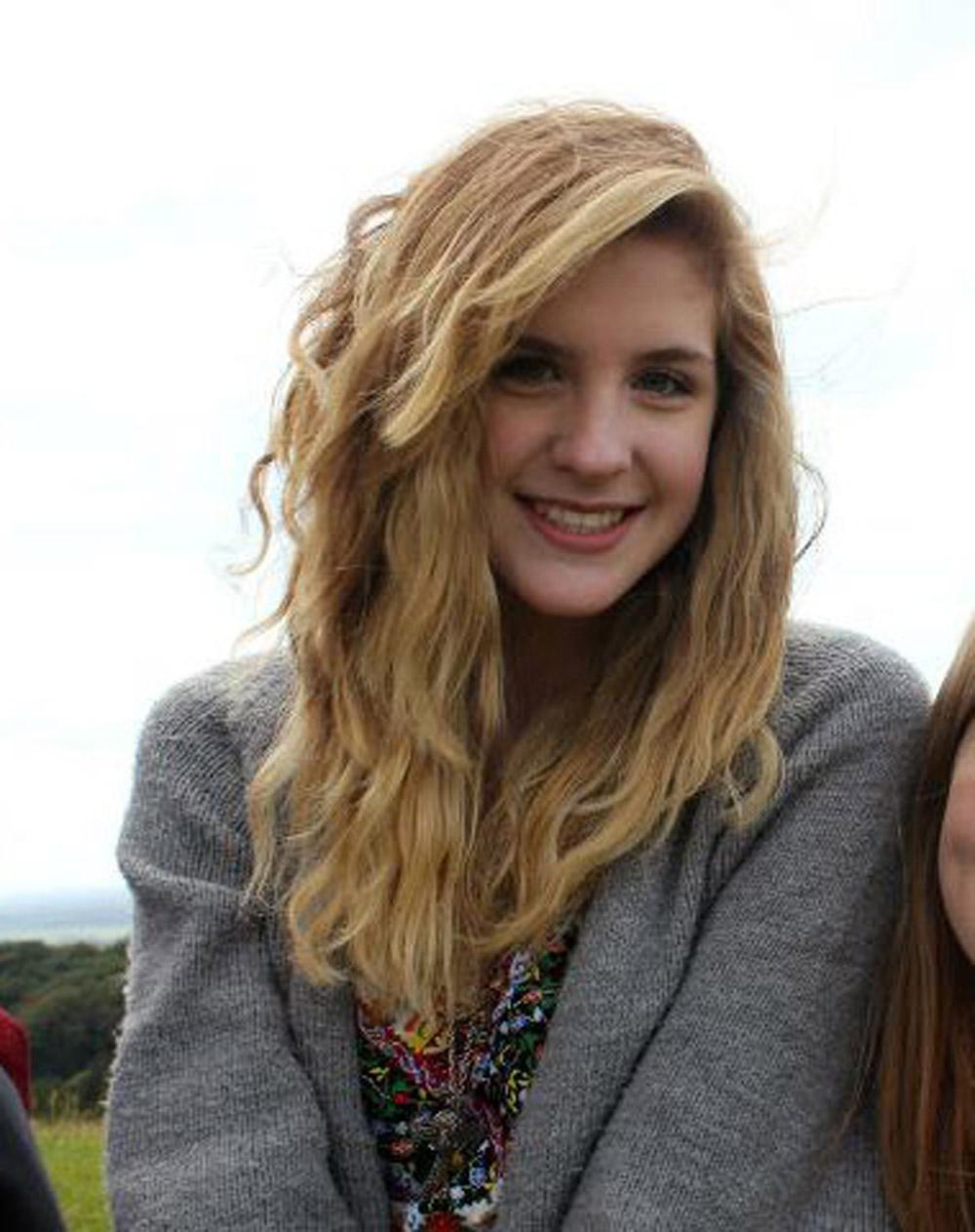 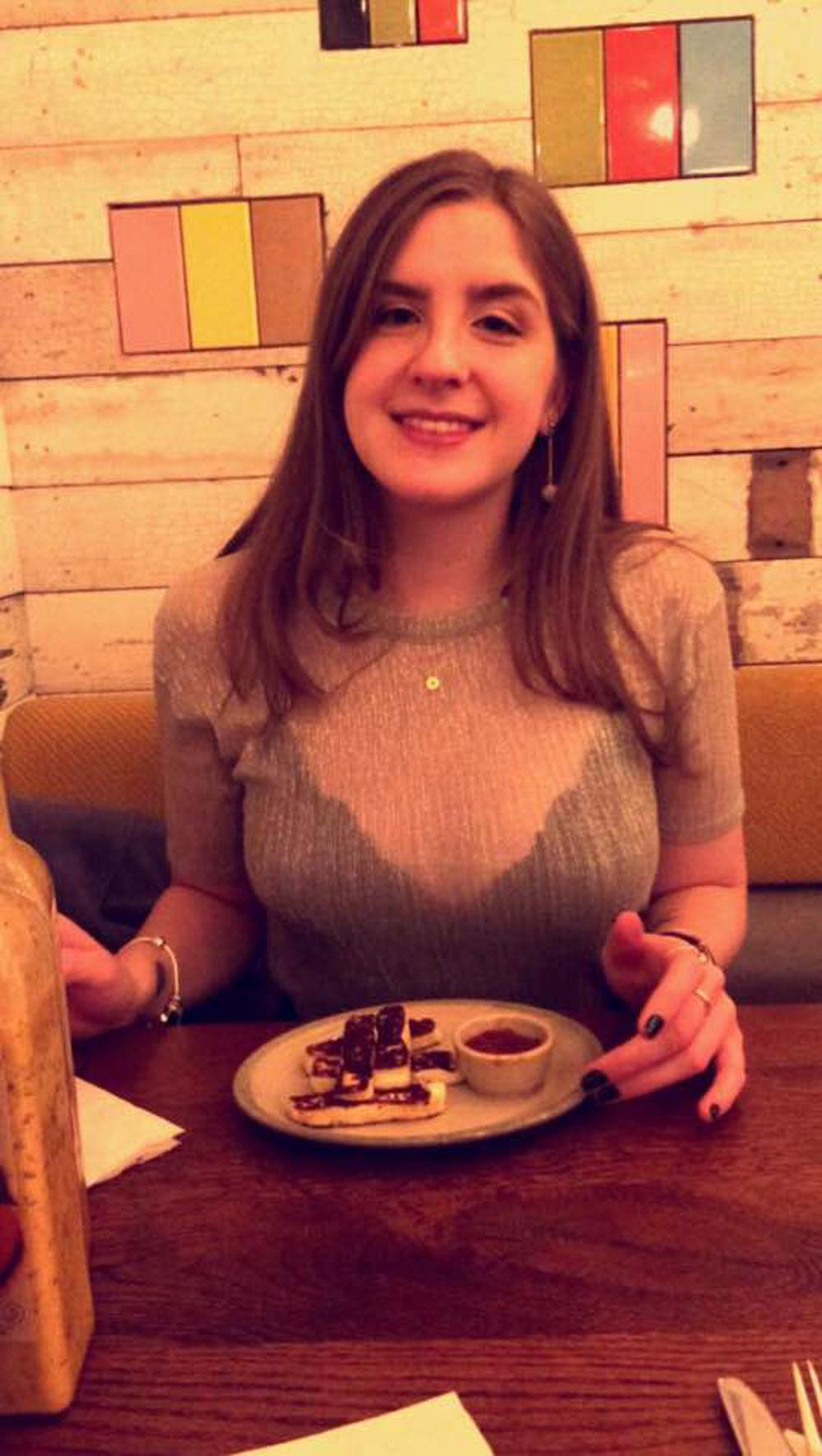 Shockingly, the results revealed that she had actually been living with bronchiectasis, a long-term condition where the airways of the lungs become abnormally widened, leading to a fluid build-up.

If the condition is left untreated, or causes complications, it can be life-threatening.

Chantelle, a GDPR supervisor, said: “My thoughts all along were proved – it wasn’t just anxiety, or some mild asthma – I had something seriously wrong.

“I didn’t know anything about the condition when the doctor told me, but he explained it was a condition usually seen in people over 70. 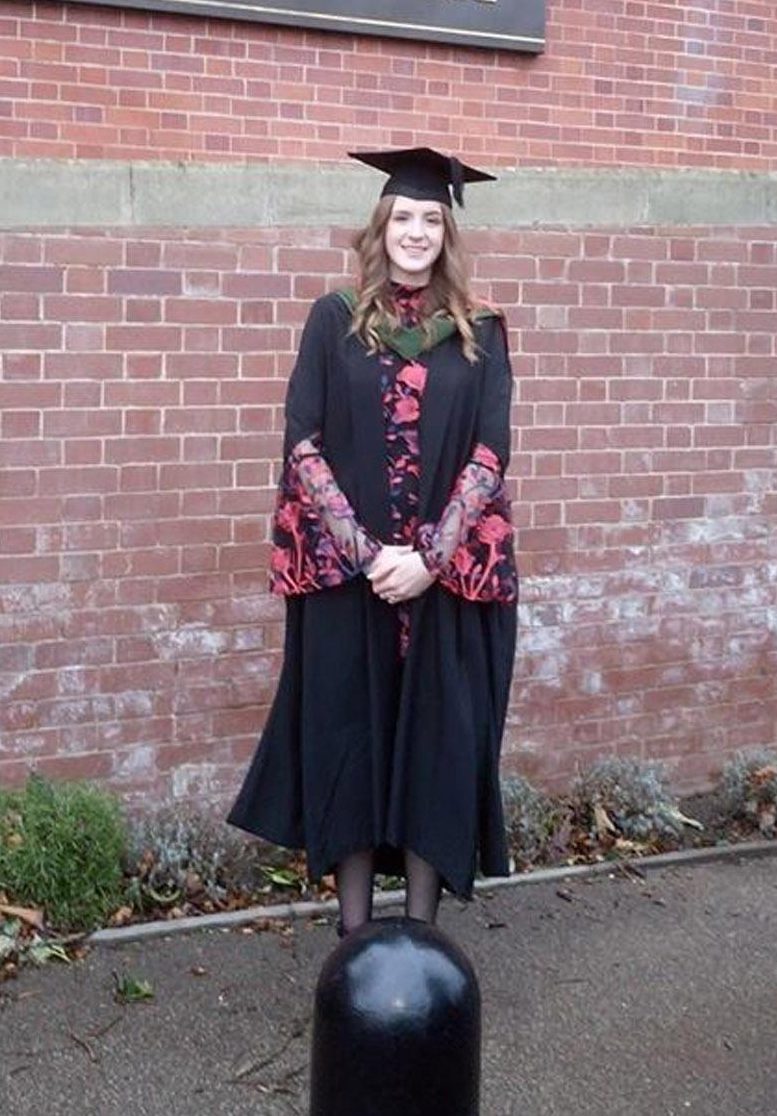 “I was in bed most of the time and hardly out with friends – I couldn’t understand why I had the same pair of lungs as someone almost three times my age.”

Looking back, Chantelle believes her issues may have started when she was a baby and had asthma, followed by pneumonia, which struck at 20 months old and led to repeated hospital visits.

But she had no other health problems until her teenage years when she was prone to chest pangs and shortness of breath.

“I thought they were down to random panic attacks, but they were painful, so I saw a doctor and was given an asthma pump. It felt like a quick diagnosis based on the fact I’d had asthma as a baby,” she said.

Trying her best to take her diagnosis seriously, Chantelle was vigilant, using her inhaler whenever she felt unwell. 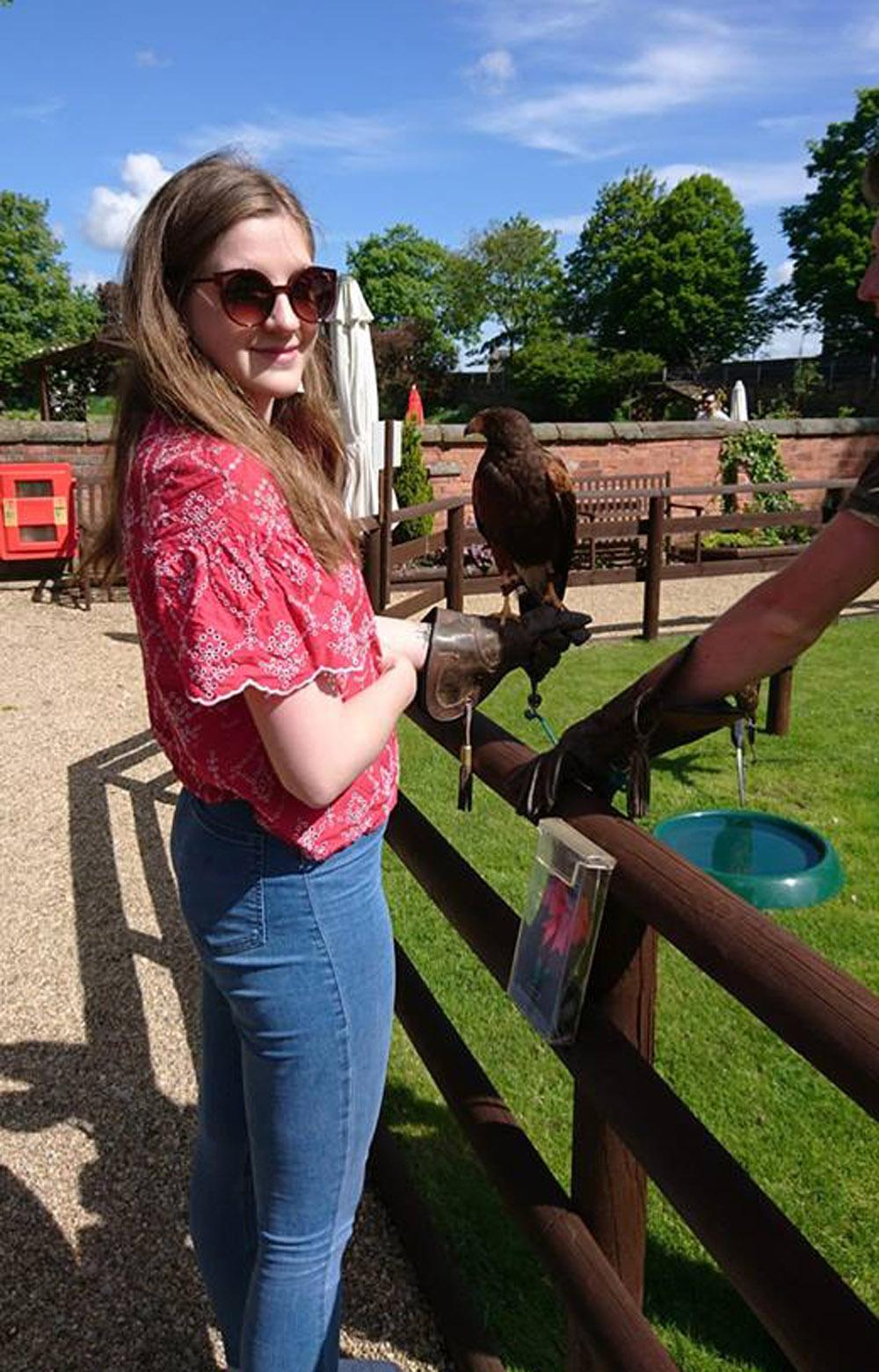 Although it made little difference, she tried not to panic, reassuring herself that her asthma was likely just colliding with the anxiety of studying for her A Levels.

She passed her exams with flying colours but then decided to visit her GP again before going to university.

“The tightness continued, and I was struggling to breathe at many points during the day,” she added.

“At the doctors, I was assured once again that it was likely nothing to worry about – just my childhood asthma creeping up again, combined with anxiety symptoms.

“But it made no sense to me. I had nothing to feel anxious about.”

After going to the University of Sheffield in 2012, things went from bad to worse. 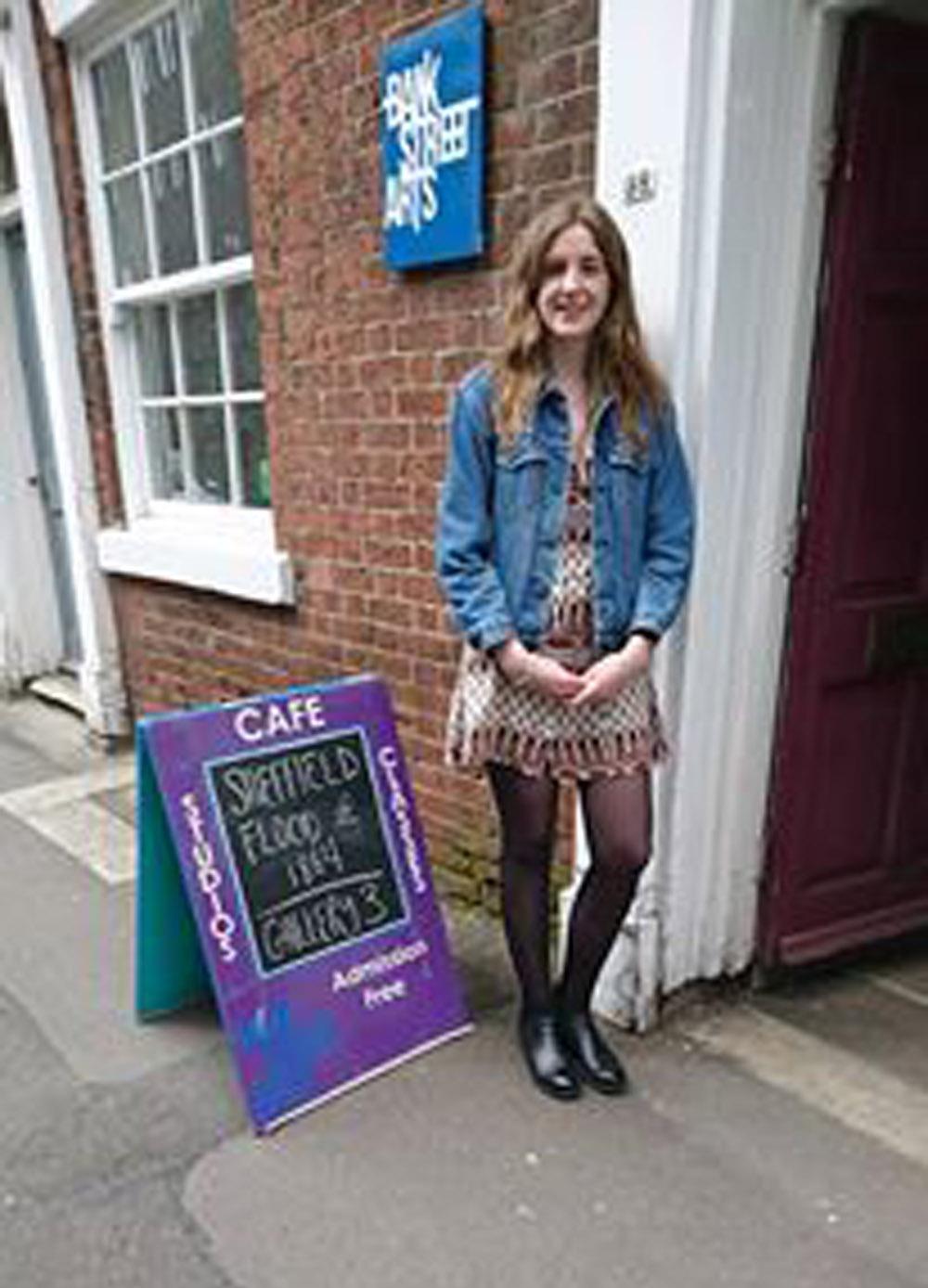 “I was intensely coughing like a smoker, even worse than I was back at home and had no sleep because of it. I had chest spasms throughout the night which made me feel sick,” she recalled.

“Nobody seemed to believe me when I said it had to be something more than asthma and anxiety. I started questioning my sanity.

“One night I lay awake thinking, ‘Is this all in my head? Do I have anxiety, but just don’t realise it?’

“As far as I knew, I wasn’t suffering from anxiety. But ironically, I began feeling anxious about not knowing what was truly wrong with me.”

Chantelle was given a course of antibiotics and steroids but, like the asthma pump, they made little difference to her symptoms. 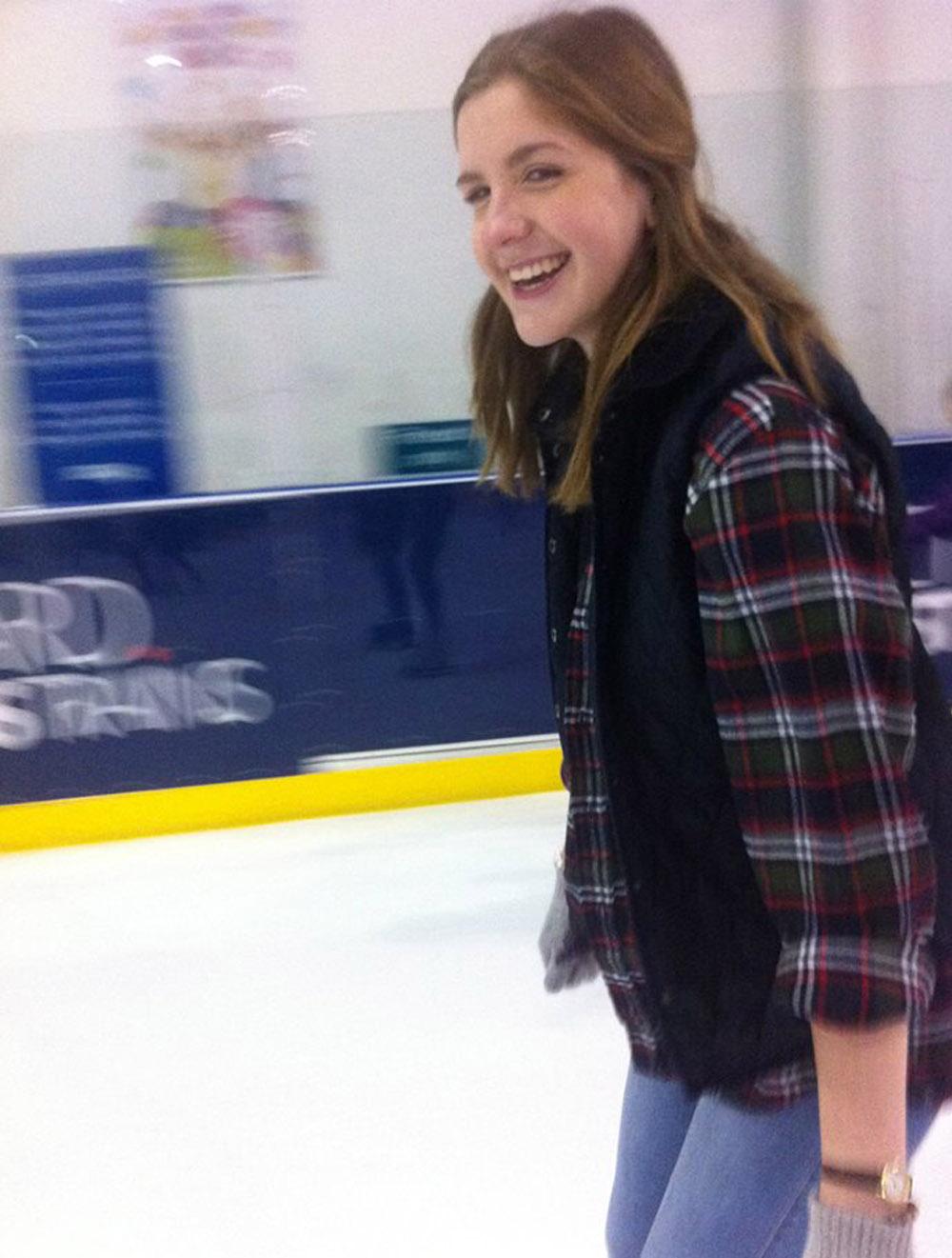 By her third year, in 2014, she’d reached the end of her tether and visited the doctors once more, begging to be referred to a specialist.

“By this point, I was exhausted. I was staying in bed coughing constantly,” she said.

“It was getting to the point where I didn’t have the social life I wanted.

“I worried constantly that my friends thought I was making up excuses not to see them. It was such a shame I was so poorly throughout university.”

During her visit to the Northern General Hospital in Sheffield in late 2014, Chantelle was given a number of tests as medics battled to determine the cause of her misery once and for all.

After a tortuous wait for results, she was eventually diagnosed with bronchiectasis in February 2015.

A LUNG CONDITION THAT CAUSES A BUILD-UP OF FLUID

Bronchiectasis is a long-term condition where the airways of the lungs become abnormally widened, leading to a build-up of excess mucus that can make the lungs more vulnerable to infection.

The most common symptoms of bronchiectasis include:

The severity of symptoms can vary widely.

Some people have only a few symptoms that don't appear often, while others have wide-ranging daily symptoms.

How it affects the lungs:

The lungs are full of tiny branching airways known as bronchi.

Oxygen travels through these airways, ends up in tiny sacs called alveoli, and from there is absorbed into the bloodstream.

The inside walls of the bronchi are coated with sticky mucus, which protects against damage from particles moving down into the lungs.

In bronchiectasis, one or more of the bronchi are abnormally widened. This means more mucus than usual gathers there, which makes the bronchi more vulnerable to infection.

If an infection does develop, the bronchi may be damaged again, so even more mucus gathers in them and the risk of infection increases further.

Complications of bronchiectasis are rare, but they can be serious.

One of the most serious complications is coughing up large amounts of blood, caused by one of the blood vessels in the lungs splitting.

This can be life threatening and may require emergency surgery to treat it.

The main treatments include:

Surgery is usually only considered for bronchiectasis in rare cases where other treatments haven't been effective.

According to the NHS, the most common causes of the condition include childhood infections such as severe pneumonia or whooping cough, immunodeficiency and abnormalities in the cilia – the tiny hair-like structures that line the airways.

In Chantelle’s case, doctors believe the trigger was scarring in her lung tissue caused by the pneumonia.

Chantelle began having breathing sessions, where she learned techniques to perform at home to help bring up the mucus stuck in her chest, and control the coughing.

She also began physiotherapy to strengthen the walls of her lungs.

Now she is able to sleep much better, uses the breathing exercises to help manage her symptoms and has a greater understanding of her condition and when to take a rest. 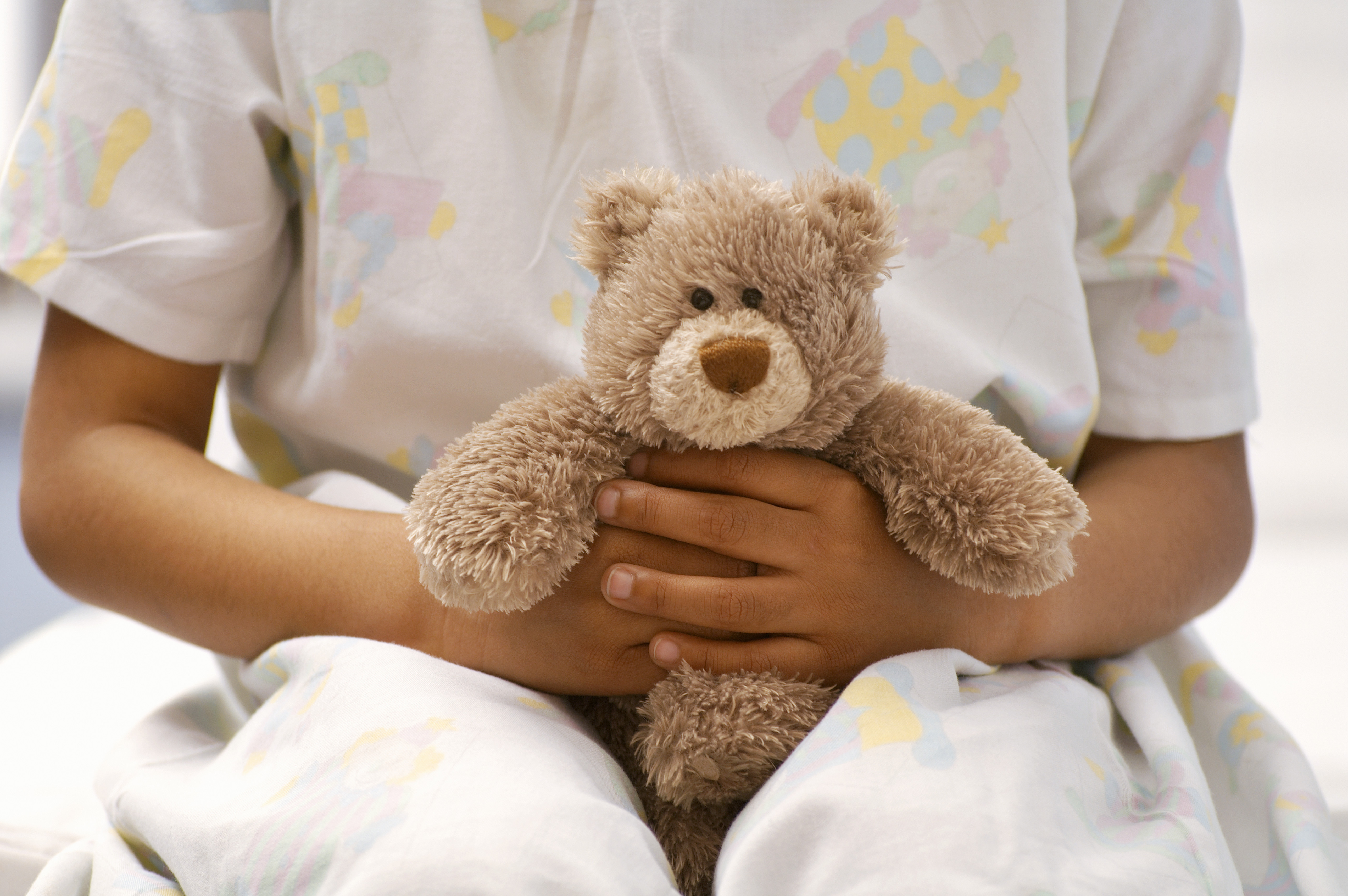 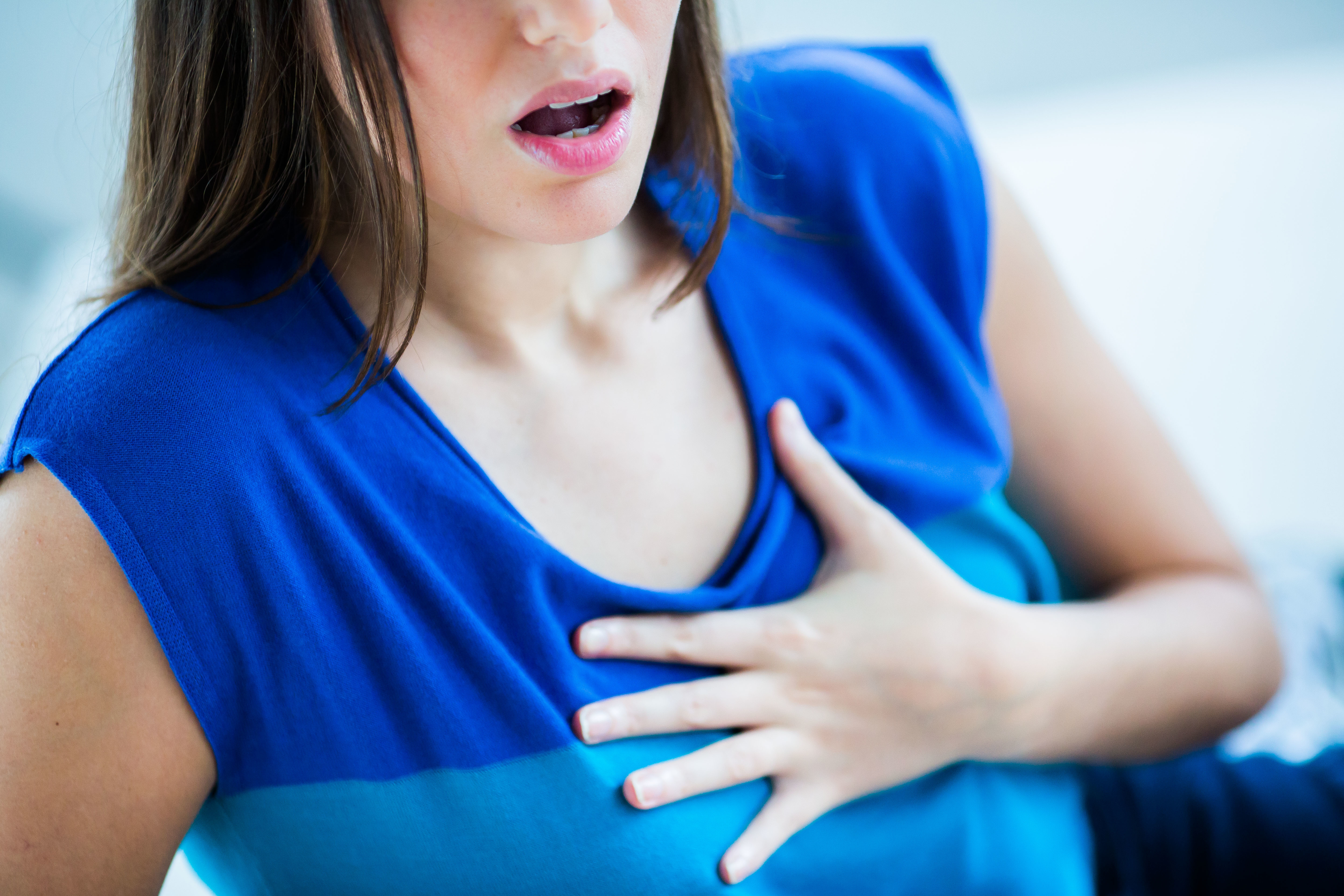 Urgent warning issued to millions with asthma ahead of this weekend 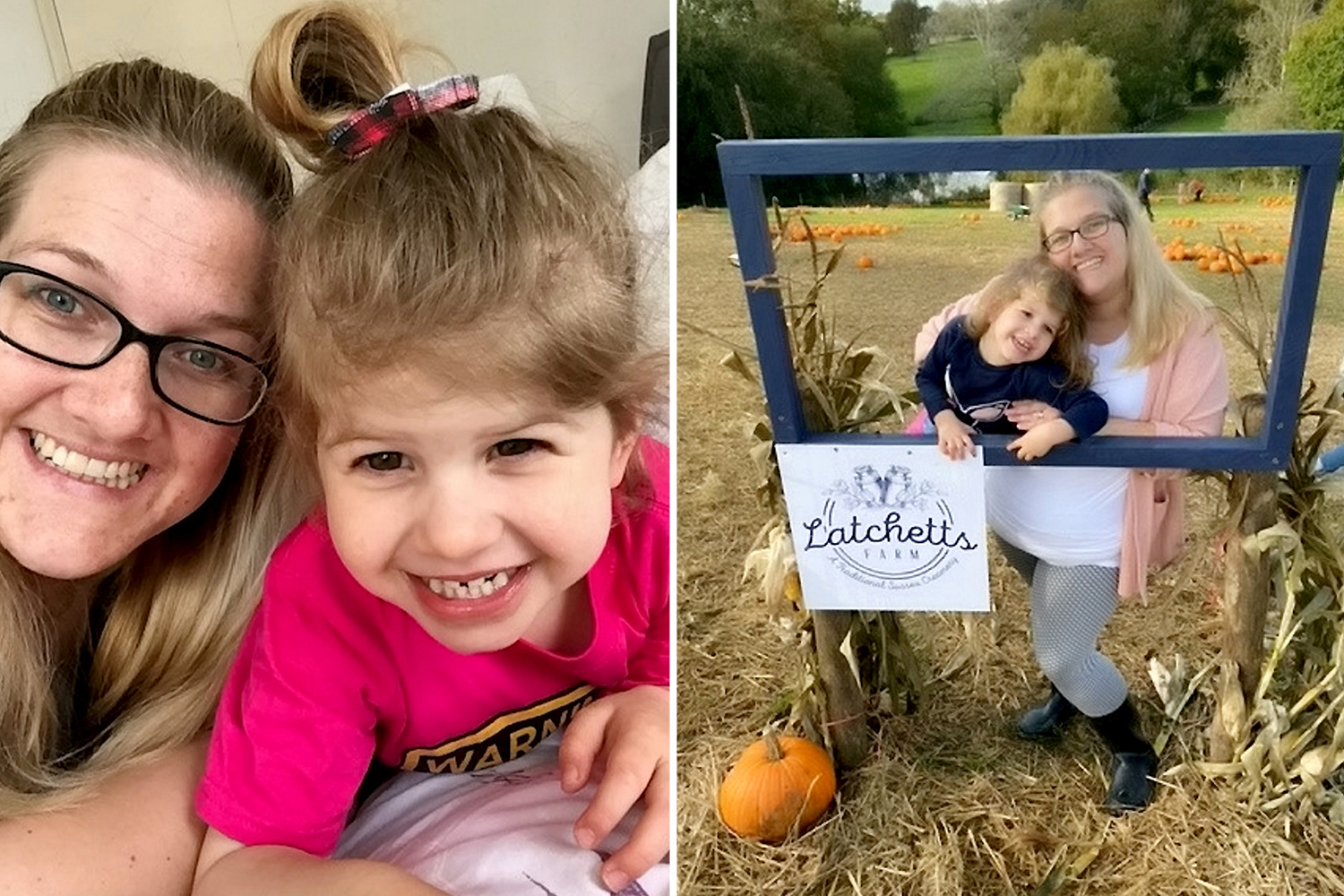 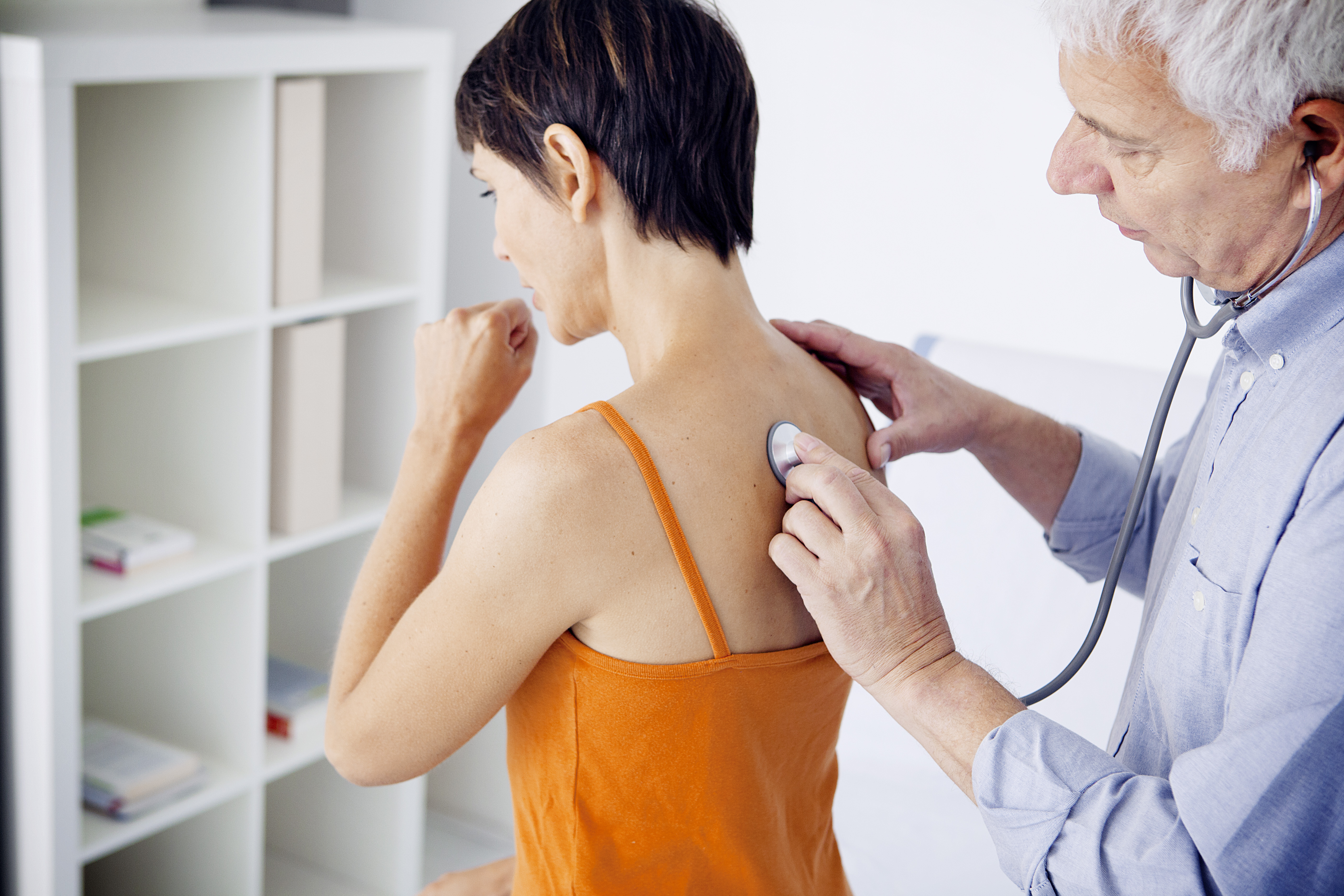 She has even gone on to complete a Masters degree in Public Humanity.

Now, she is urging the NHS to consider incorporating new technologies as part of the diagnosis process.

“We’re part of the digital age now. We’re ready to communicate more and give over our data in order to get exactly what we need back. It’s about time we saw a change,” she said.

“My life has completely changed now – although I still cough and have some pains, my breathing is so much better and I’m able to finally look after myself how I should, which makes everything else easier to manage.”

Chantelle isn't alone, according to a piece of research from pharmaceutical firm Roche last year 84 per cent of 1,056 people aged 16 to 24 agree.

The study showed a demand for personalised healthcare on the NHS – with 82 per cent of people saying they would be comfortable with doctors genetically profiling tumours, and 73 per cent claiming they would be happy to test and share genetic data to identify the risk of certain diseases.