WHEN it comes to getting our McDonald's fix, most of us have a VERY specific order that we'll never stray from.

But it's never once occurred to us that some fast food fans might have a specific way of eating their McDonald's – that is, until we saw Stacey Solomon's Instagram stories yesterday. 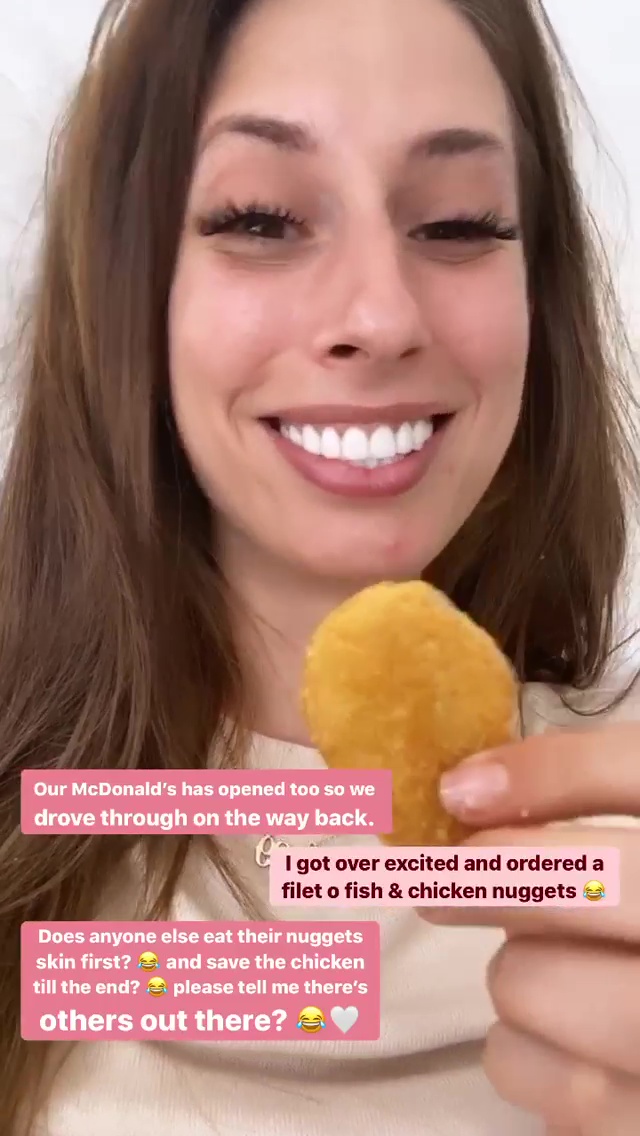 After spending an afternoon at the park with her three sons and boyfriend Joe Swash, the mum-of-three could barely contain her excitement as she showed her 3.4m followers her fast food dinner.

She said: "We got a McDonald's on the way home. Our closest one has just re-opened!

"I got a filet-O-fish and chicken nuggets."

But we'll warn you now, what you're about to see might be upsetting to some diehard McDonald's fans… 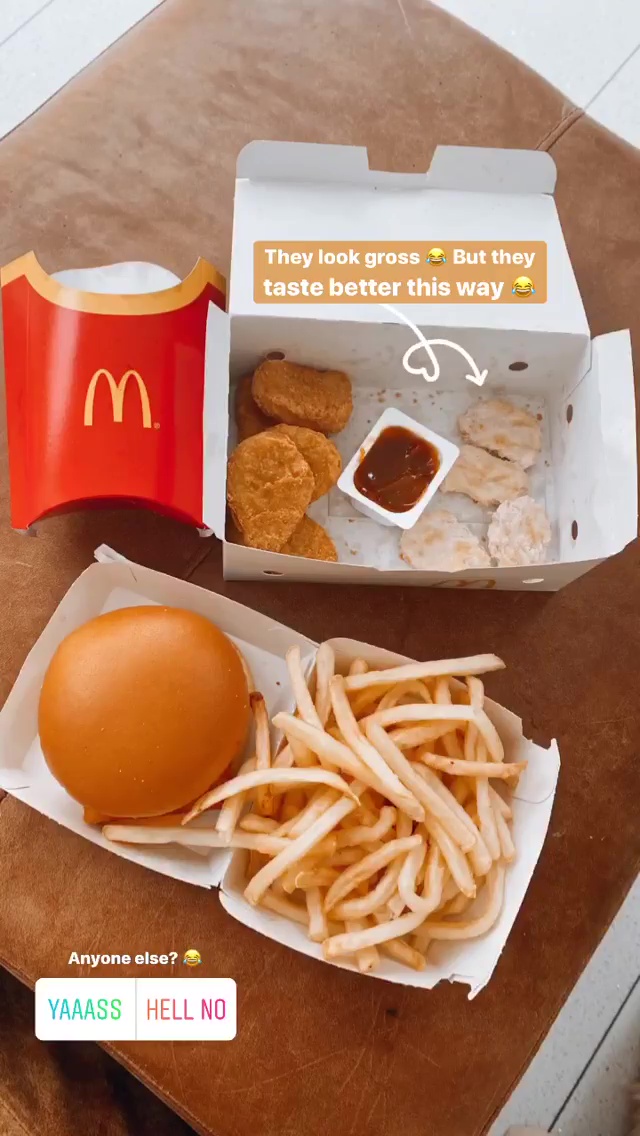 Posting a photo of her dinner, Stacey asked: "Does anyone else eat the skin of a chicken nugget and save the chicken?"

At this point, we just have to pause for a moment and ask: is nothing sacred anymore?!

After creating a poll, she then captioned the photo: "They look gross but they taste better this way!"

Unfortunately for Stacey, 81 per cent of her followers were horrified by the state of her "skinned" chicken nuggets – but 19 per cent agreed that they prefer them this way too.

And one fan was so baffled by Stacey's, erm, unusual habit that they tweeted: "Very concerned about Stacey Solomon after just seeing how she eats her chicken nuggets!!"

Having polished off her dinner, Stacey then tried to draw an Instagram-worthy bath complete with flower petals.

Unsure whether to laugh or cry, Stacey wrote: "I want to get out but they cost about [£10] a bag and I've used a precious bath bomb so I'm gonna get the boys' poo net and try scoop them out!"

For more celebrity stories, Jacqueline Jossa showed off kids’ giant garden playhouse as her ‘mini me’ daughters pose on its porch.

And we took a look inside Mrs Hinch’s enviable garden with B&M’s hanging egg chair, stylish BBQ area and a teepee for Ronnie.

Plus these are the sexiest moments in Big Brother history- from Chloe Ferry’s jaw dropping lap dance to Chanelle & Ziggy’s steamy showers.