The retailer inspires songs and memes with its near-guaranteed seasonal reappearance each fall. But can it survive this year? 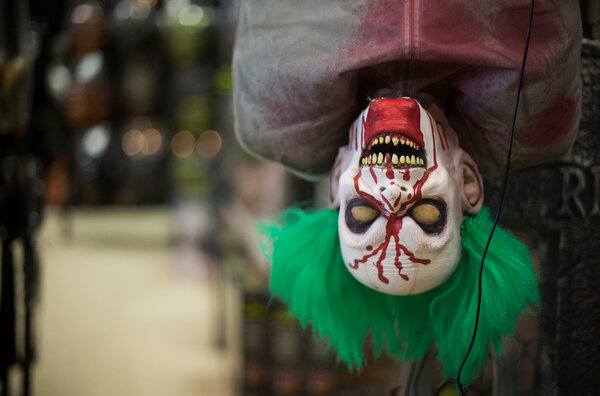 Spirit Halloween is once again open for business. The store known for selling costumes and spooky fall décor at temporary pop-up locations across the United States is making bullish moves in a brutal year for retail.

According to the company, it has opened more than 1,400 storefronts nationwide, more than last year — even as competitors scaled back significantly because of the pandemic. Party City, for example, slashed the number of Halloween City pop-up stores it is opening this fall by 91 percent.

It is almost comforting to see this chain, which is masterful at popping up in recently shuttered storefronts, reappear like clockwork this year, a reminder of seasonal change and the grim reaper of American opportunism, when so many other routines have been disrupted.

At one Spirit location, in the husk of a defunct supermarket at an outdoor mall in Richmond, Va., nothing appeared different from previous years, aside from a small sanitizer dispenser near the entrance, decorated with skeletal hands.

Customers were greeted by a leering, red-eyed animatronic clown, emitting groans from behind sharp teeth. Beyond, the cavernous space offered a vast array of costume options including vampires, cheerleaders, wizards, presidential candidates, non-copyright-violating riffs on “Tiger King” characters, and a surprisingly large selection of costumes in the style of the masked musician Marshmello. 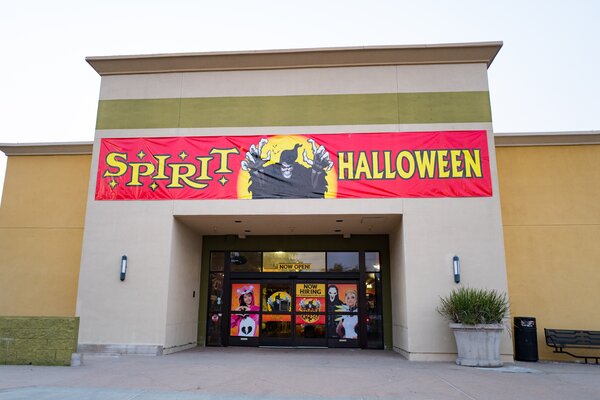 There were few visible nods to the many crises that have gripped the country this year, aside from a row of obligatory hazmat suits and a “Karen” costume — complete with a blond wig, binoculars, fake hundred dollar bills, and a T-shirt that read “CAN I SPEAK TO THE MANAGER?”

The reason for Spirit Halloween’s durability is closely linked with its business strategy of taking over temporary leases. The store “is out of step with most normal retail concepts,” Andy Mantis, a retail analyst for the firm 1010Data, wrote in an email. “In 2019, typical party stores generated 29 percent of their annual sales from Labor Day through Halloween.”

Spirit, however, “generated 90 percent over that window,” he wrote, noting that in 2020, “Covid-19 driven temporary retail closures earlier in the year did nothing to hurt their sales outlook.”

And this year, the temporary lease approach may be an even bigger advantage, Mr. Mantis wrote, citing lower real estate costs as a result of “the tidal wave of 2020 retail bankruptcies and store consolidations.” In other words, Spirit is merrily feasting on the corpses of its fallen foes.

It’s not all buckets of candy for the company, of course.

The National Retail Foundation predicts that there will be some $8 billion in Halloween spending this year — a reduction of approximately 8 percent from last year, which the foundation says will likely result from decreased participation in haunted houses, trick-or-treating and parties.

Mr. Mantis said that Spirit saw a decrease in sales “in the high single digits” this September compared to last year, though the peak of the season has not yet arrived. (And that decrease is just a blip, he said, “compared to the 50-90 percent declines in total discretionary spending during the height of the pandemic” in the country at large.)

Katie Thomas, a retail analyst with the Kearney Consumer Institute, thinks Spirit may struggle with certain headwinds. She noted that customers are looking to streamline their shopping trips to a single destination in order to reduce their exposure to crowds, which could provide “an overall challenge with specialty stores” like Spirit, as opposed to big box competitors like Walmart and Target.

Ms. Thomas also believes customers will spend less than usual on costumes and more on home décor, citing the “go big or go home mentality” exemplified by Home Depot’s massive skeleton. “Right now on their website, it looks like it’s still mostly costume first,” she said of Spirit. “I really think that décor is kind of the way to go.”

“It’s something that people know they can do, they can really lean in to the decorating. Costume parties and trick or treating, it still feels up in the air, if not unsafe,” she said.

In a news release provided by a spokesman, Spirit urged consumers to follow C.D.C. guidelines with socially distanced celebrations, including “contactless trick or treating,” “virtual ghostly storytelling sessions,” and “devilish midnight treats left for your neighbors.” (The company also said, in a statement to the Times, that it was offering several items to support “contactless trick or treating” including “treat bags on a pole.”)

“At Spirit Halloween we believe Halloween restores hopefulness and provides an outlet for escape, something we all need now more than ever,” said Steven Silverstein, Spirit’s chief executive, in a Sept. 17 interview with the National Retail Foundation. “With many of our stores now open, we’re seeing encouraging initial results and are anticipating a Halloween on par with last year.”

Spirit was founded in 1983 by a San Francisco dress retailer named Joseph Marver, whose store was struggling to attract customers one October. Inspired by the lines outside of a nearby costume shop, he put all of his dresses in storage and filled his store with Halloween-centric items, which sold quickly. The next year he did the same thing at an empty mall storefront and moved $100,000 of merchandise in a month. He kept at it, adding more storefronts each year, until he eventually sold the business to Spencer’s Gifts in 1999.

“I didn’t invent temporary sales,” Mr. Marver told the Seattle Times in 2000. “But I feel like I invented temporary Halloween.”

Two decades later, Spirit has become a Halloween mainstay, its storefronts as emblematic of the holiday’s approach as pumpkins on porches. It’s also a reliable social media punchline; after the president’s Covid-19 diagnosis, someone tweeted an image of the White House adorned with the store’s iconic grim reaper logo, captioned: “Spirit Halloween is ready to make its move.”

“It’s a little bit funny to me that the world is falling apart, but Spirit Halloween persists,” said Nick Lutsko, 29, a songwriter from Chattanooga, Tenn. In September, Mr. Lutsko went viral with a mock theme song for Spirit that he posted on Twitter.

“This is theme for Spirit Halloween / They got ghouls, and new locations on every other street / saving the global economy,” he sang.

In one verse, Mr. Lutsko claimed jokingly that the store promised him “$1,000 for 100 retweets.” The song ended up receiving nearly 9,000 retweets, and he was excited when a Spirit representative did indeed compensate him by sending several thousand of dollars to Mr. Lutsko’s Venmo account. (“His song gave us serious goosebumps so let’s just say his Venmo account is significantly happier these days,” the company said in a statement; it would not reveal the exact dollar amount, however, adding “some things are just between us and the fog machines.”)

Mr. Lutsko said he was inspired to write the song after visiting a Spirit location with his wife, a prolific Halloween decorator, in early September; the approach of the holiday offered a spark of excitement amid a year marked by sadness and dreary Covid-19 angst.