People are racing to get vaccinated — even those who don’t yet technically qualify. And that’s good news. 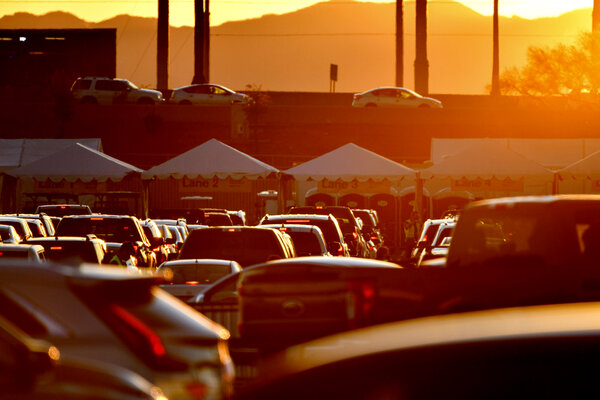 After Covid-19 vaccines from Pfizer and Moderna were approved for use in late 2020, anecdotes proliferated about rich people finding ways to jump the distribution priority line.

“I heard a lot from friends in Miami about people flying in, because they were giving it to everybody,” the writer Carole Radziwill said in an interview. “There was a lot of that in January.”

But a month later, as access expanded in places like New York to include those with pre-existing conditions (like cancer, severe obesity or cardiovascular disease), it began to seem like anyone could get a vaccine if they were willing to hunt one down or stretch the truth about their medical history.

Holly Peterson, who has written several novels about wealth in New York, heard about visibly slender people from her social set getting their vaccines early by citing, without much credibility, high B.M.I.

Which seemed to her like “the equivalent of knocking over an old lady for a taxi and feeling good about yourself,” as she put it in an interview.

The generous phrase “including but not limited to” when one is asked to verify an “underlying condition as defined by the New York Department of Health” on the state’s comorbidities information sheet has been, for some, an open invitation to invoke a mild circulatory or mental ailment — a “fauxmorbidity”— to justify an early shot. (To be fair, most comorbidities are invisible, and federal law protects the privacy of patents’ health information. Plus, the more people who are vaccinated, the better.)

That people are publicly airing their vaccination status has made some who are waiting for eligibility to broaden uneasy. “It’s broadcasting status, that you got the vaccine ahead of others,” said Erik Maza, the styles news director at Town & Country. “We should all consider taking up the Garbo challenge and stay off social media for a spell instead of broadcasting every waking second of the day, including your vax shot.”

“Those people seemed just fine when they were splashing in bikinis in Turks and Caicos at Christmas,” said the writer Jill Kargman. “What’s funny is that many of them just post their vaccination selfies to green circle Close Friends.” (She was referring to Instagram Stories, which can be tailored to a trusted few.) “On some level, they know it’s tone-deaf for a wide audience but have their group where they feel safe,” she said.

Occasionally, those posting on Instagram have said that they were trying to say to others that the vaccine is safe and effective. But even though true, this can sound a little sanctimonious to Bruce Bozzi, the host of “Lunch With Bruce,” a weekly Sirius XM show on RadioAndy. “I mean, come on. You’re not Joe Biden. You’re not the queen,” he said.