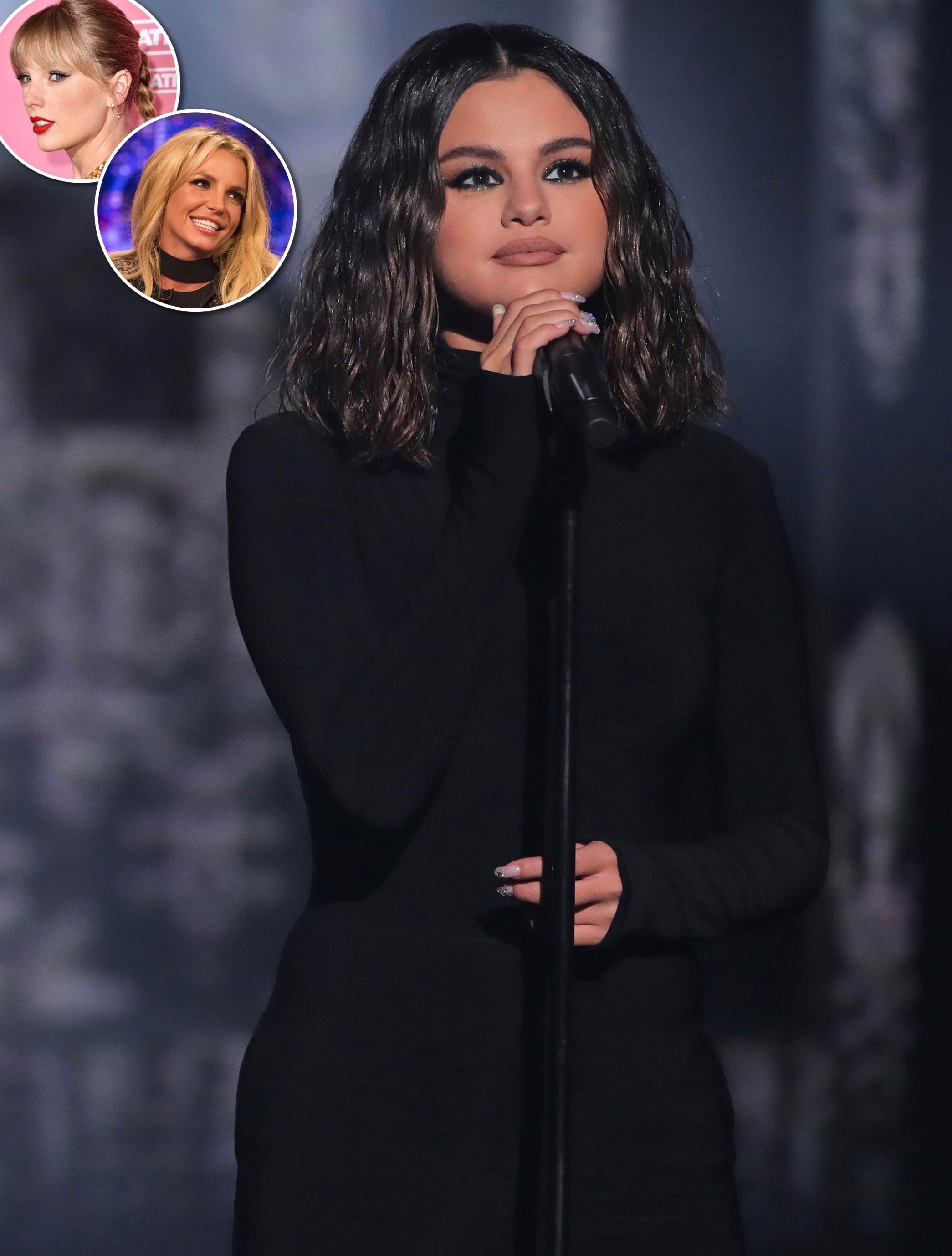 Iconic inspo! Selena Gomez has developed quite the fabulous fashion sense over the years. But creating her feminine-meets-classic look didn’t magically manifest.

In a new Vogue video, which was released on Wednesday, April 28, the 28-year-old Rare Beauty founder broke down her best — and worst — fashion moments since 2007.

Our favorite piece of intel she shared? Taylor Swift and Britney Spears both influenced her on-stage style!

“To be honest, when I was younger, Taylor inspired me a lot when it came to wardrobe and stage outfits,” she said while talking about the bejeweled number she wore in the “Love You Like a Love Song” music video from 2011.

While Gomez vowed that “you’re never gonna see me wear that again,” the outfit did serve its purpose.

“I thought it was my time to cross over and become a pop star, whatever that was to me then. It was just really fun. I think that was the first time I tried to be high fashion. And you can laugh at that — because that’s not high fashion,” she joked.

Fast forward to 2016 and Gomez had officially outgrown her status as a Disney Channel star, embracing sexier looks for red carpet appearances and concerts.

For her Revival tour, she rocked a skin-tight glitzy jumpsuit inspired by Spears.

“It’s so hard to tour when you’re a female because you have all of this pressure to add multiple looks throughout the show and you want it to pop but you have to make it comfortable for yourself and realistic to dance in or to perform in,” she revealed.

Gomez added: “This one, we did for the opening act. I’m not gonna lie, Britney Spears inspired it from “Toxic” so I wanted to find a moment where that could kind of have its place.”

And get this: she still has the OG outfit in her closet. “Do I put it on and try to sing? Sometimes,” the actress bluntly stated.

While she admits to occasionally fishing out outfits from performances’ past, Gomez has also added some gorgeous new pieces to her collection.

Take, for instance, the floral Rodarte dress she wore in her “De Una Vez” music video.

“I feel completely different when I sing in Spanish. I may not be fluent, but I’l never forget where I came from and where I’m from,” she shared with the outlet. “I think it’s really important for me to embrace those moments through fashion and music and everything else.”

As such, the Rodarte dress held special significance. According to the video’s director, Tania Verduzco, the floral print is a nod to Mexican painter Frida Kahlo, while Gomez’s jewelry was created by Mexican jewelry designer Daniela Villegas.