A SAVVY mum has transformed her drab home into a quirky Pinterest dream – and it was all for under £500.

Rebecca Andrews, 39, who is a graphic designer, bought the old-fashioned house last year and has so far added her artistic touch to all aspects of her bedroom, living room and bathroom. 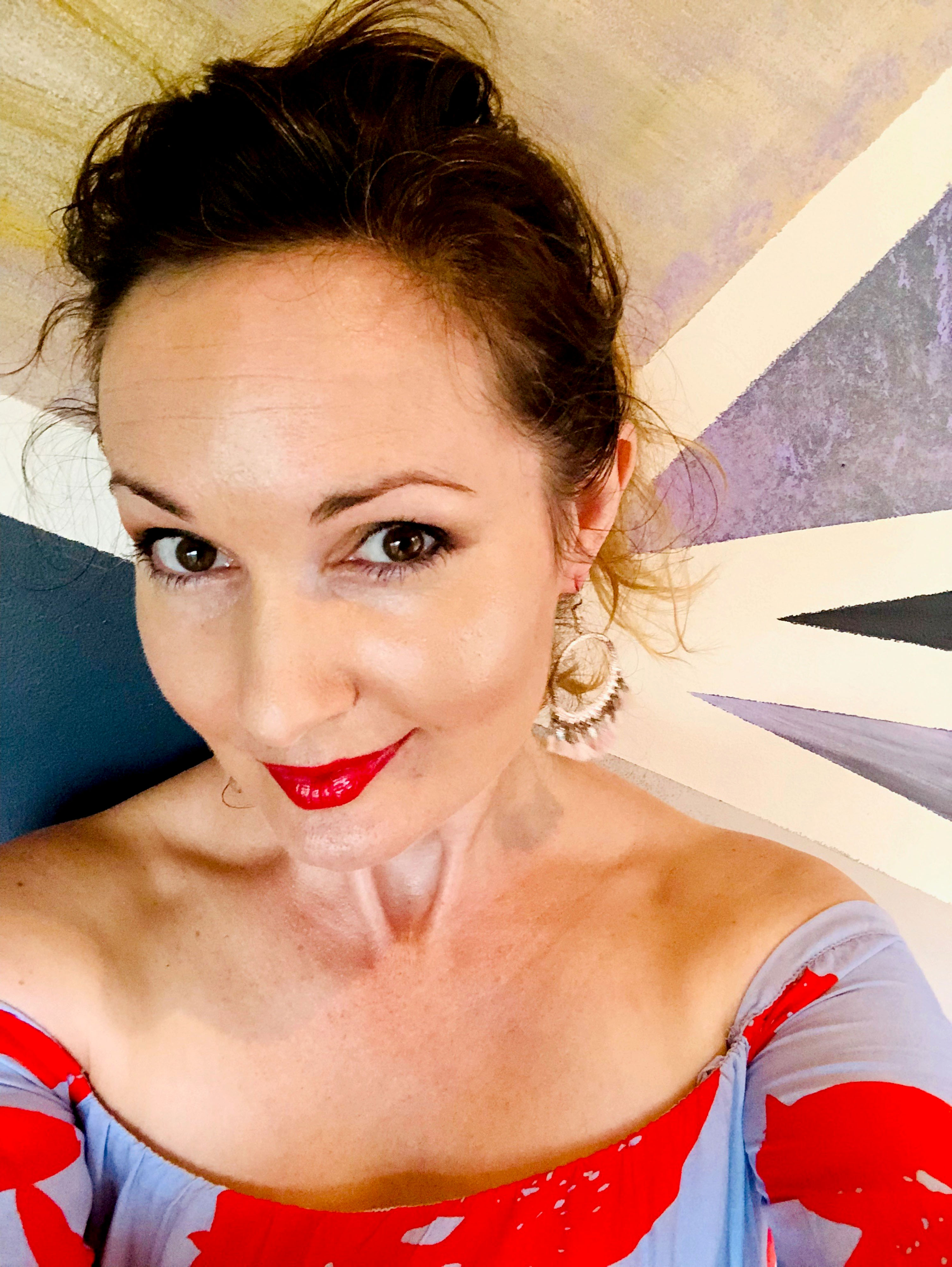 The mum-of-two has spent £472.70 and says she feels ‘lucky’ that she managed to save on labour costs as she has dedicated her own time to each room.

She spent three months creating the roman inspired bathtub and around two hours per day over the course of a week to complete the master bedroom.

Rebecca, from Gold Coast, Australia, said: “The standing joke in my household is that if you sit still long enough, you will get painted.

“My partner Peter Martin, 40, a professional golfer, and I purchased our ‘do-it-upper’ house last year and I have had many sleepless nights renovating ever since. 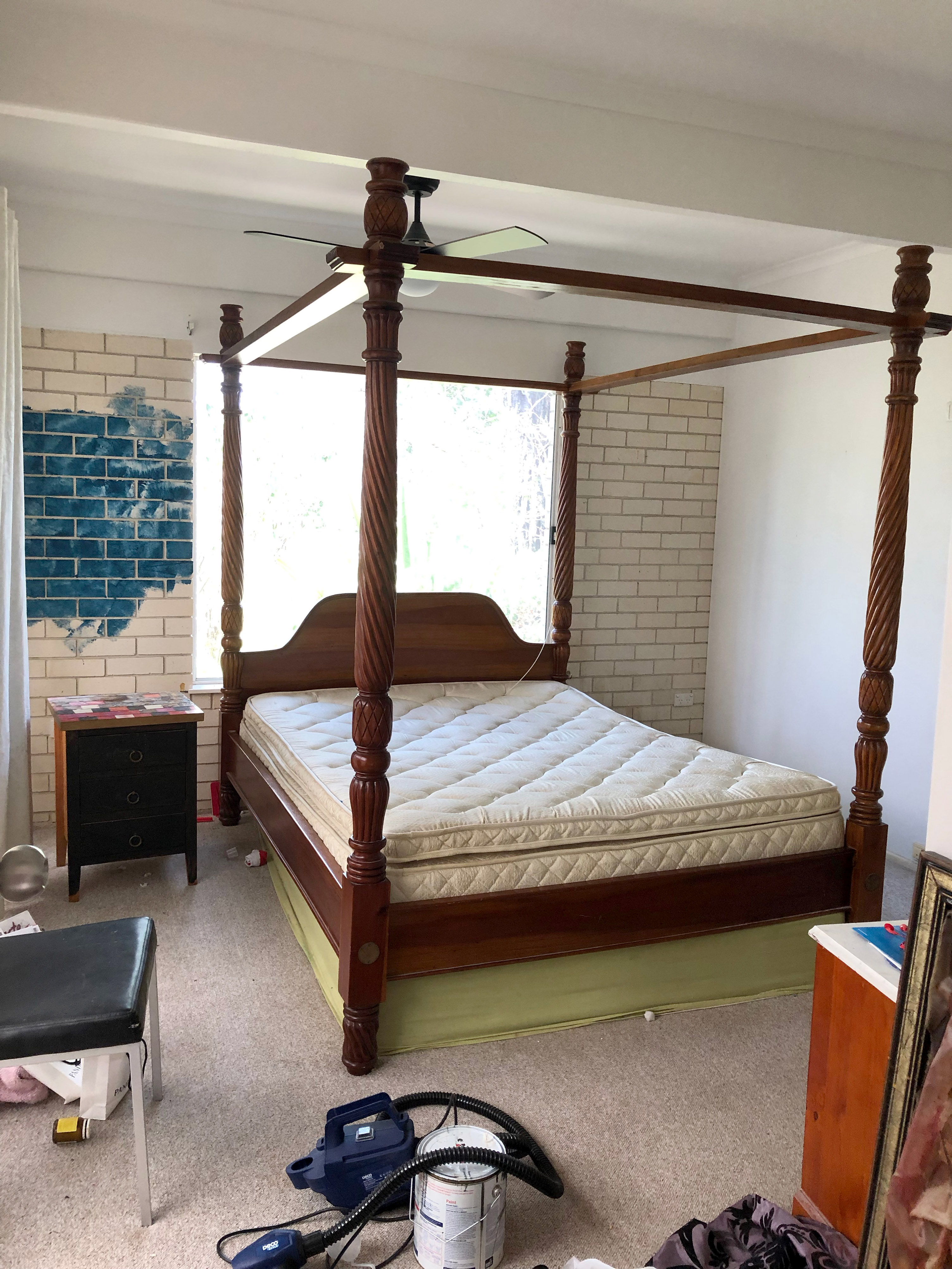 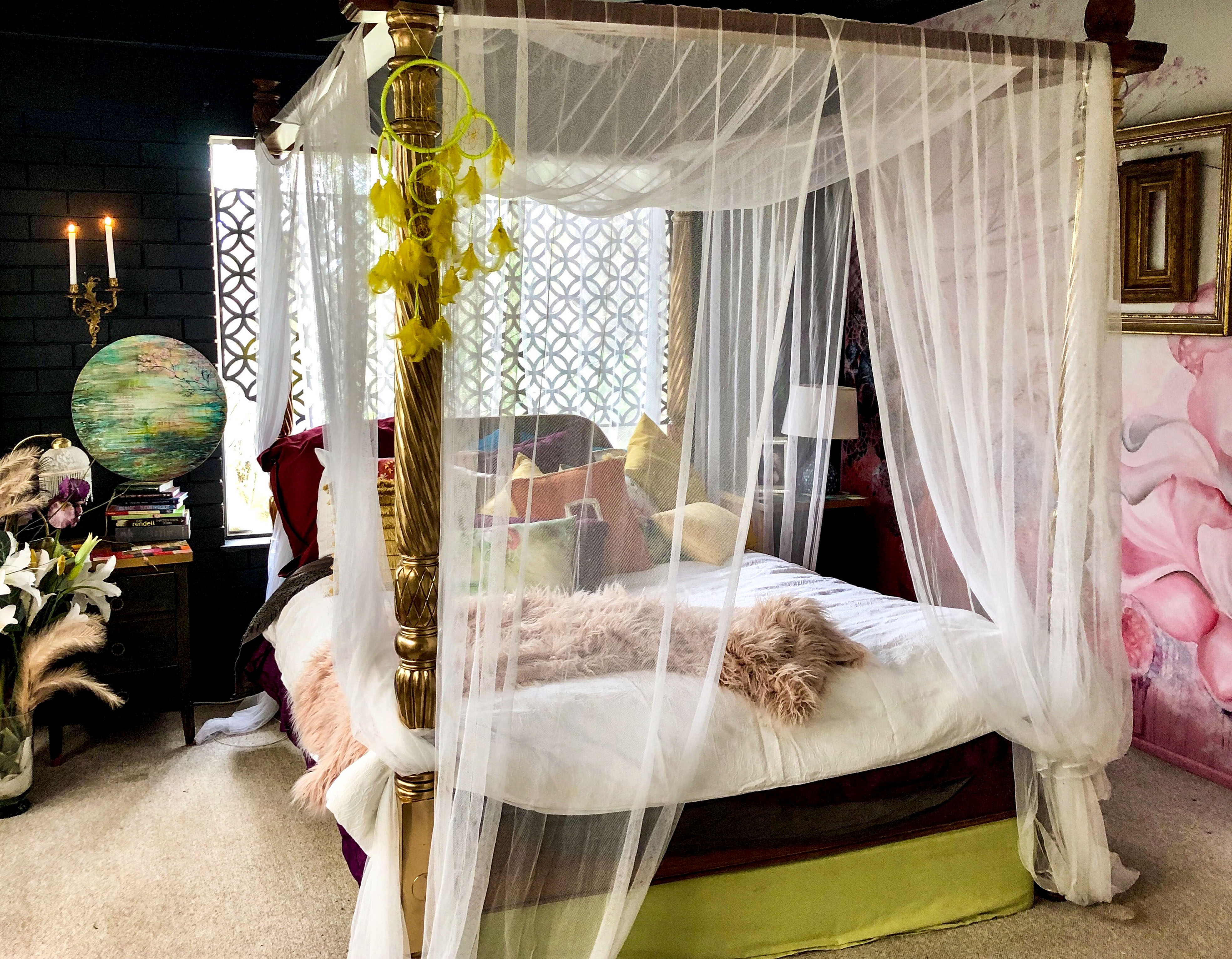 “I will pretty much undertake anything to make my creative visions come to life – I have been known to stay up until 3am or wake up at 5.30am to get started whilst everyone else sleeps.

“I usually get into a trance with all my painting and lose track of time just going with the flow until one of my children Jack McLuckie, 13, or Oscar, three, distract me.

“Painting an old item breathes new life into it, for a fraction of the price-tag of buying new, and is so much better for the environment. 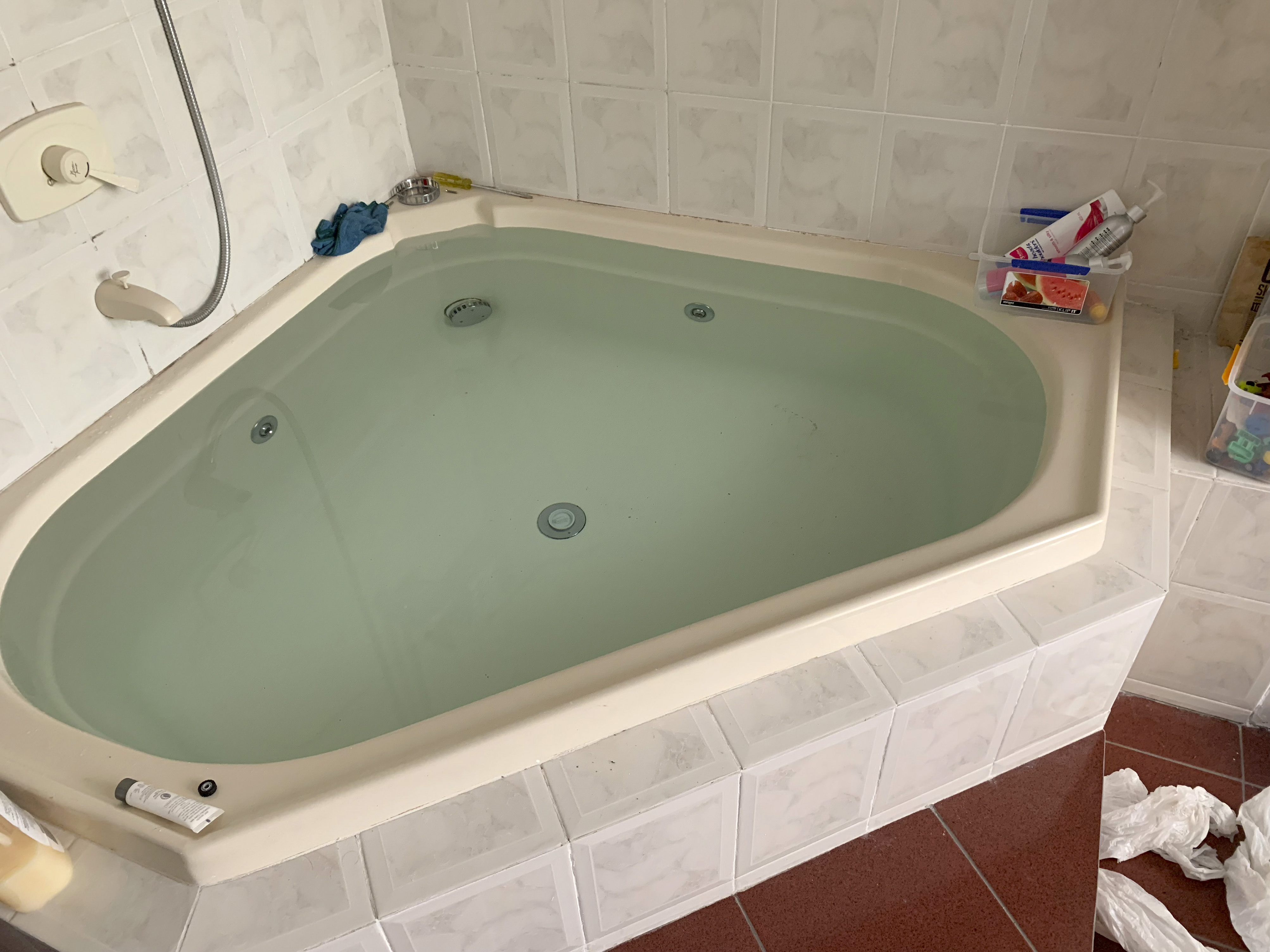 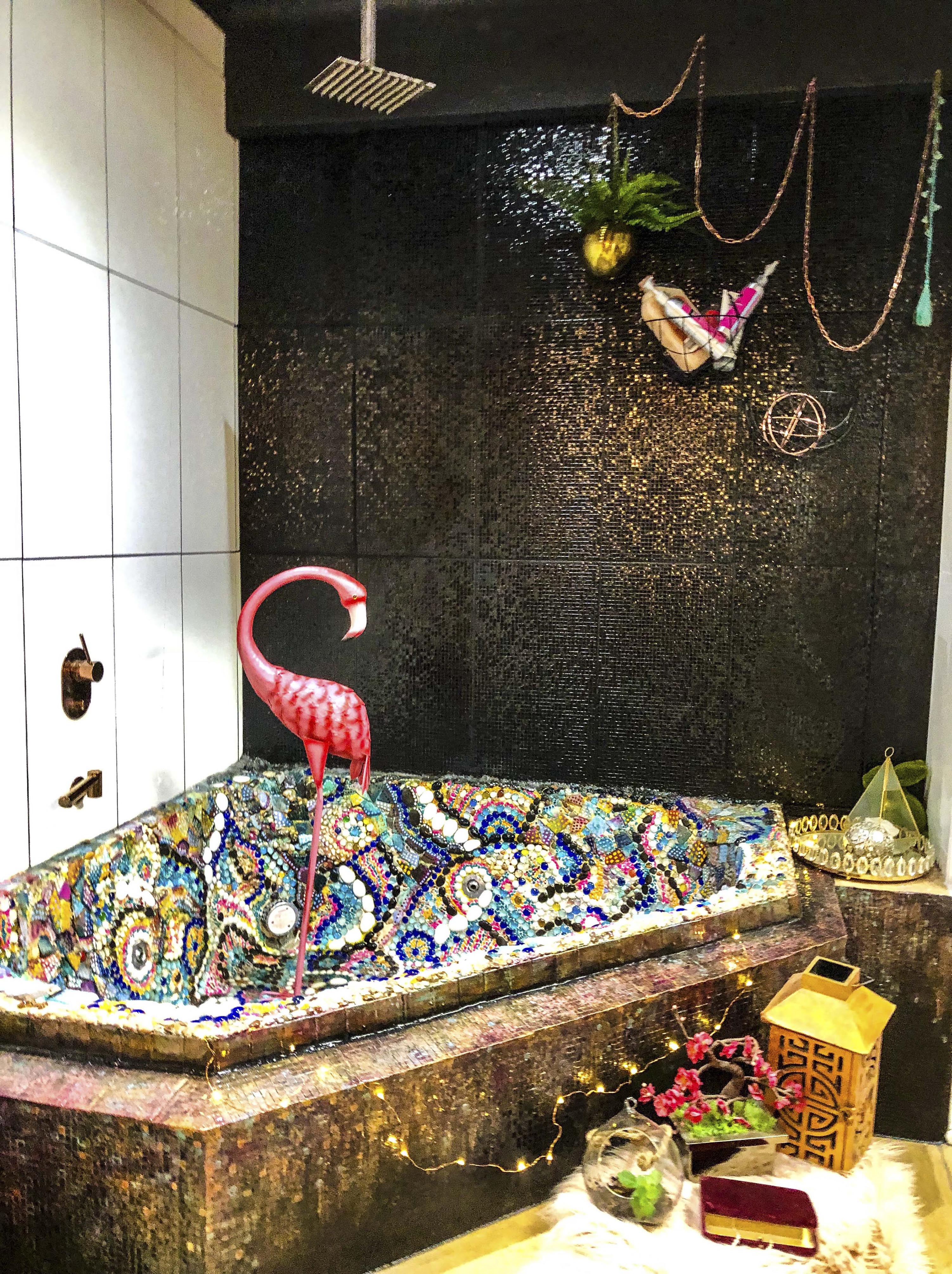 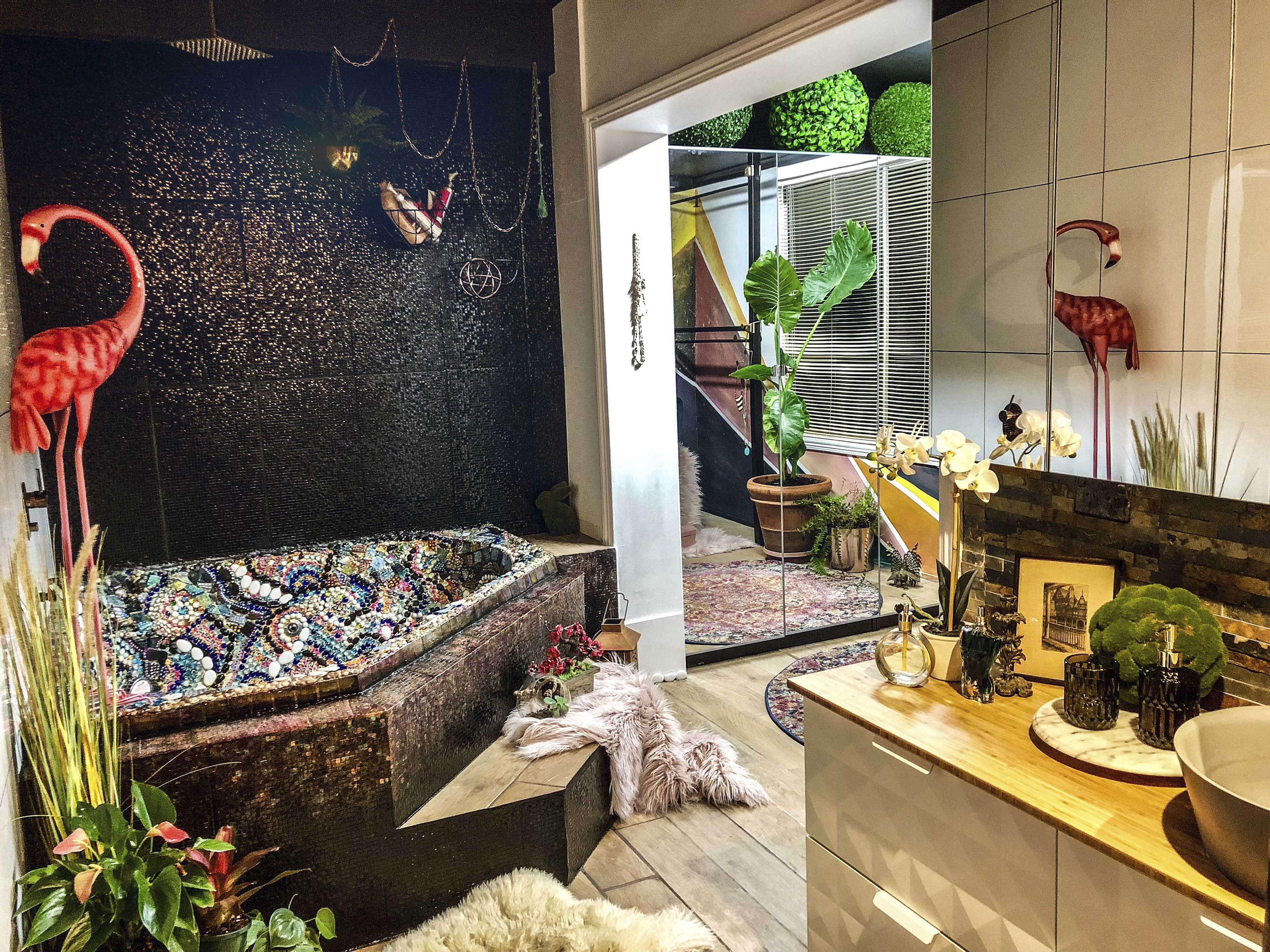 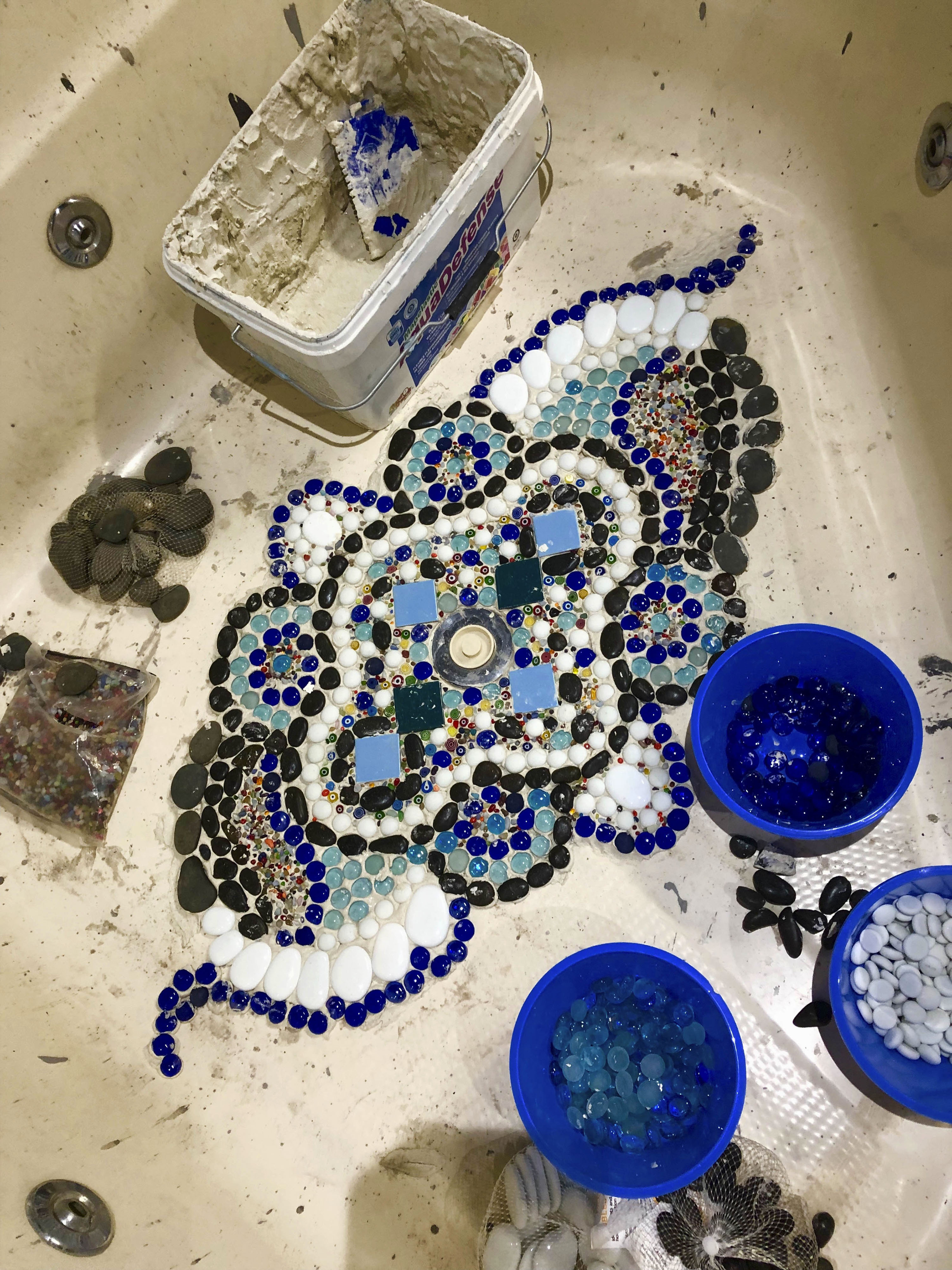 “Once I put my own spin on my living room, I began the bathroom renovation as it was dated and a bit of a time capsule from the 80’s.

“This is my first ever mosaic project, some people think I am crazy that I undertook something so large, but it is typical of me to simply jump straight in and learn along the way.”

To create the mosaic, Rebecca used tiles and a mixture of natural stone pebbles, glass pebbles and brightly coloured stones intended for use in aquariums.

With a cupboard full of paints, Rebecca was able to spruce her bedroom up without spending a fortune. 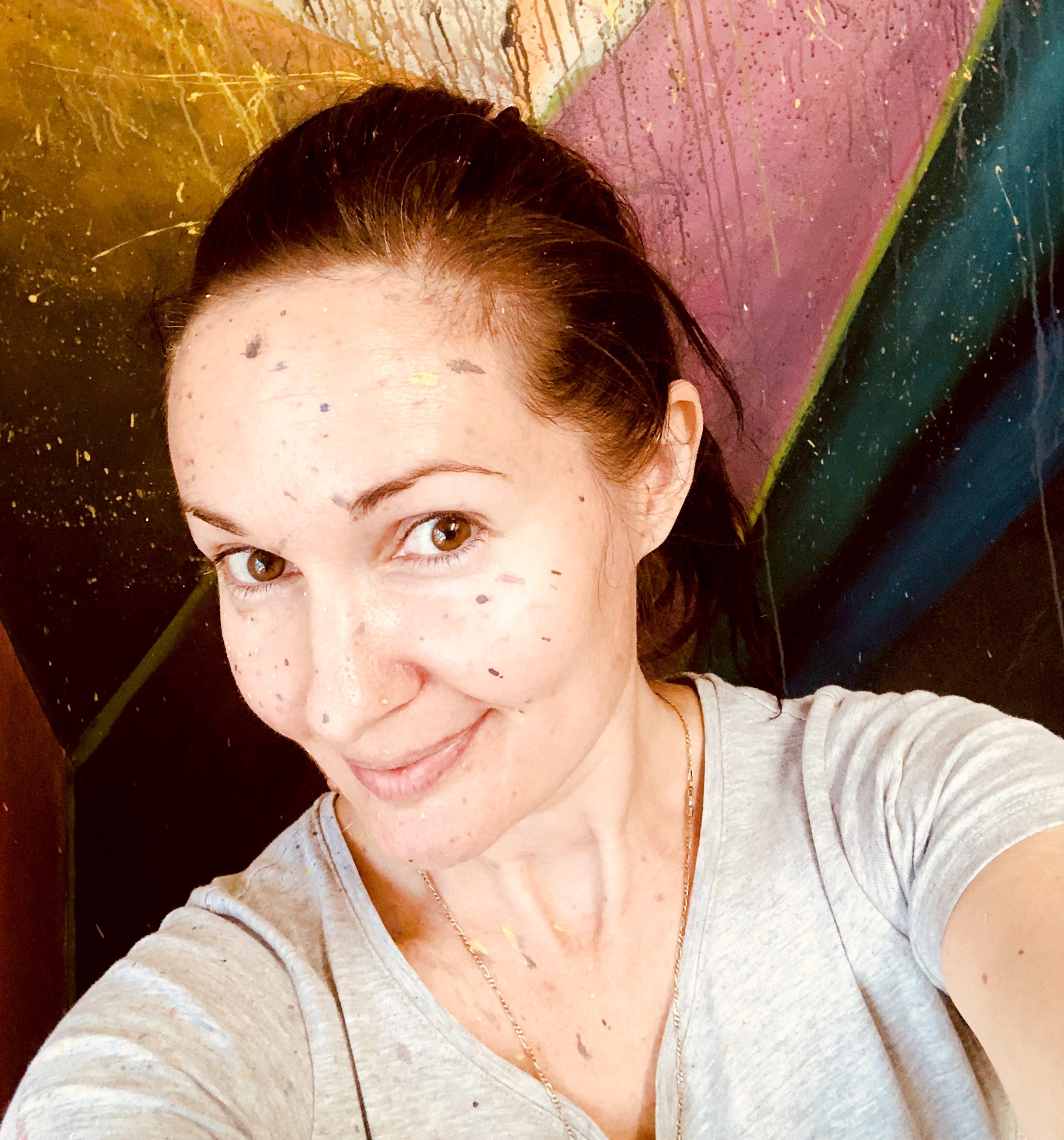 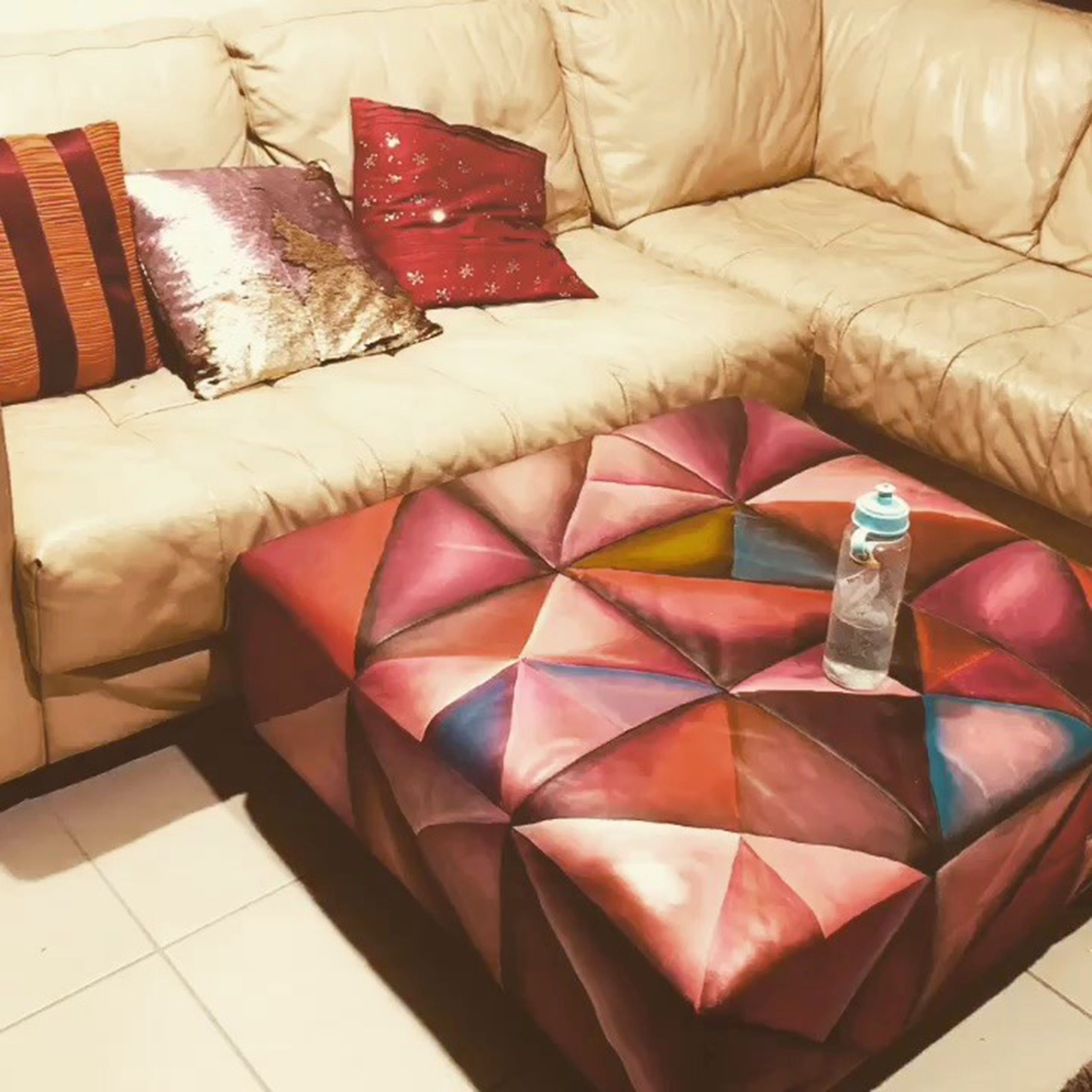 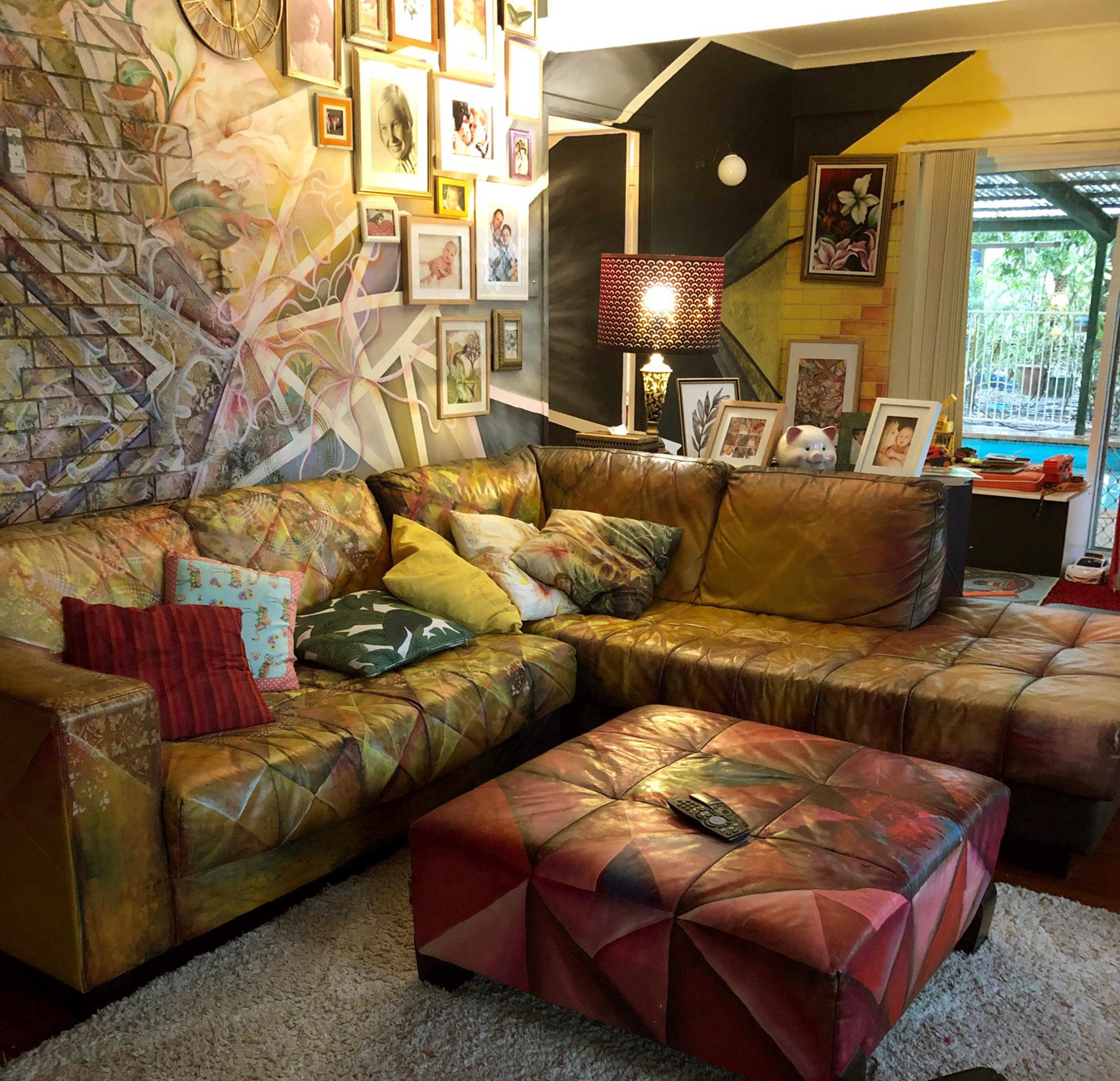 The four-poster bed came with the house and the only new products she purchased were a white bed cover for £31 from Kmart, RGB LED lights from Aldi for £10.62 and two candelabras from antique markets in Nice, France for £8.69.

She adds: “After sleeping in a room that became a dumping ground for tools and debris for so long while renovating the ensuite, I wanted to create some drama that was appealing to the eye and stimulating all the senses.

“A space that’s a relaxing retreat as well as one that reinvigorates and energises.

“A trip to Europe earlier in the year certainly was a massive source of inspiration and I tried to incorporate a hint of Italy and France within the elements.” 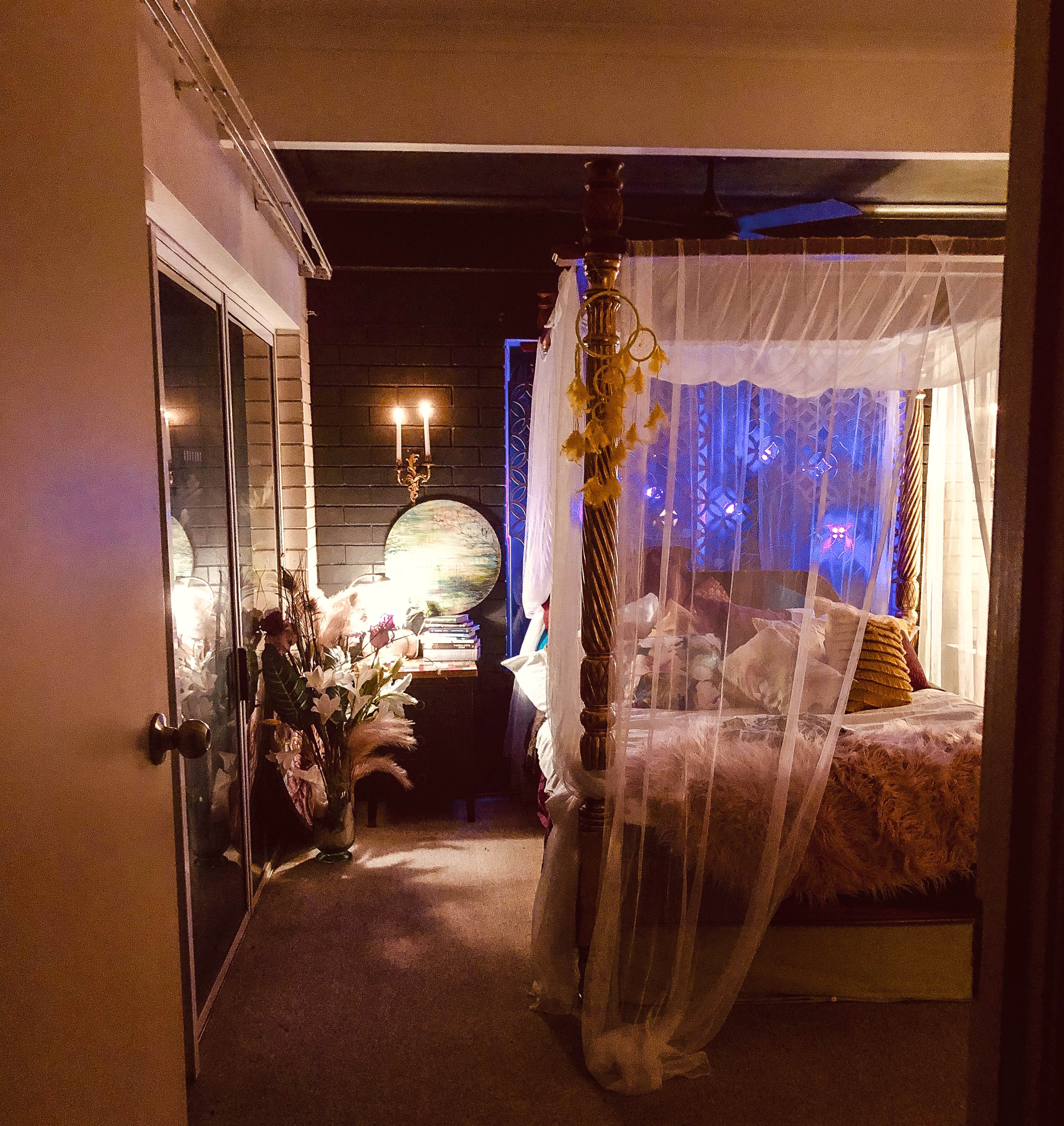 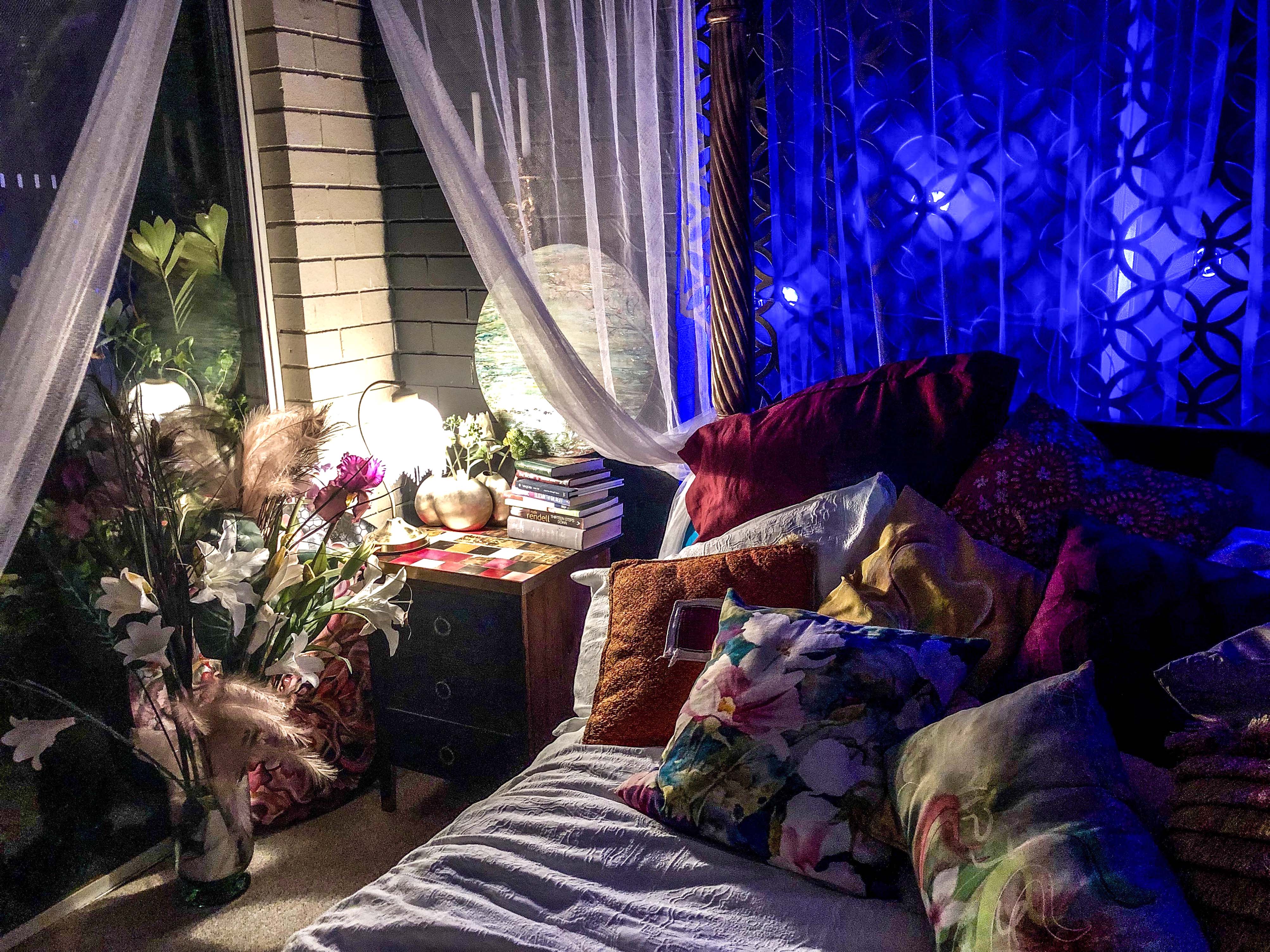 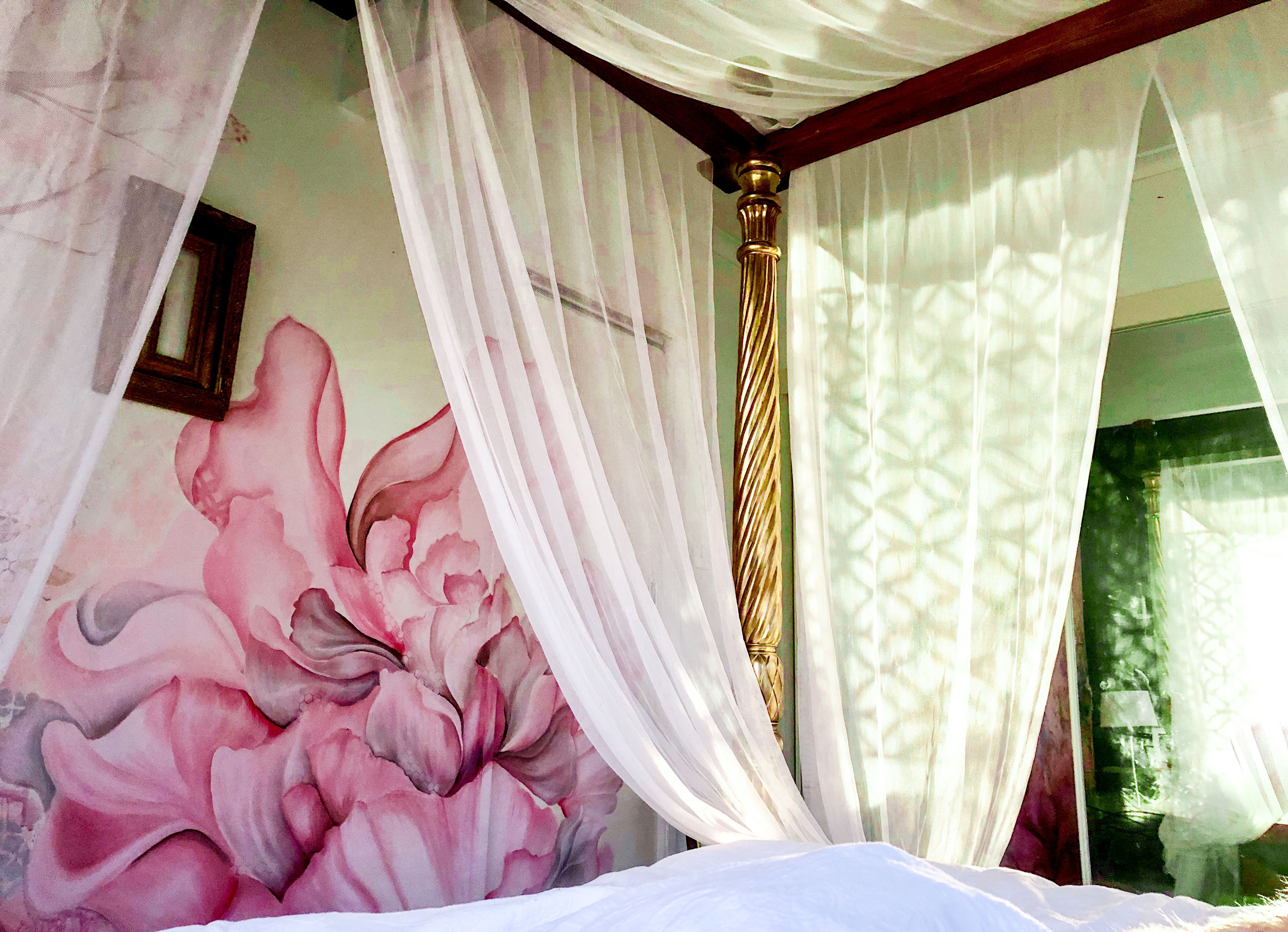 She said she tends to just “wing” her renovations and enjoys adding some texture and pattern with a spray can and stencil when the kids aren’t around.

Rebecca added: “I spent a couple of hours a day on my bedroom, I would quickly paint a flower petal or paint the ceiling before cooking dinner.

“As tricky as it may be, I do try to include my kids in the process – my youngest will often grab a paint brush and throw a few dabs of paint on the wall before he has had enough and gets bored.

“I was worried Peter might hate our bedroom as what man really wants to wake up next to a pink flower that’s larger than their partner.

“But thankfully, he is accustomed to my crazy creative side and really likes it.”

We shared how a new mum broke down in tears during £500k Grand Designs renovation – after fearing her cancer-stricken husband wouldn’t live to see it finished.

And a single mum returned home from holiday to find parents have transformed her grungy living room with wallpaper, curtains and paint for just £50.