It’s been a week since the news of Supreme Court Justice Ruth Bader Ginsburg’s death came on Friday, Sept. 18, and people, especially women, have been mourning the loss of the trailblazer of feminist rights. While Ginsburg had many achievements throughout her life, she’s heralded for her work on gender and reproductive rights. To help you honor her legacy, here are some of Ruth Bader Ginsburg’s quotes on abortion care and reproductive rights from the cases in which she fought for a person’s right to make decisions about her own body.

Before Ginsburg was appointed to the Supreme Court in 1993, she put in her time fighting for equal rights. She was a co-founder of the Women’s Rights Project at the American Civil Liberties Union (ACLU), which is dedicated to upholding gender equality. Though many of her most resonant quotes about gender and reproductive rights stick with the language of the gender binary, her legacy includes supporting the LGBTQ+ community — including in major LGBTQ+ rights cases such as Obergefell v. Hodges and U.S. v. Windsor.

As a lawyer with the Women’s Right’s Project in 1972, Ginsburg represented Air Force Capt. Susan Struck in a case where she sought to strike down an Air Force policy which prevented pregnant women and mothers from serving in 1970. During her 1993 confirmation hearings, Ginsburg commented on the Air Force case, saying, “One thing that conspicuously distinguishes women from men is that only women become pregnant. And if you subject a woman to disadvantageous treatment on the basis of her pregnant status, which was what was happening to Captain Struck, you would be denying her equal treatment under the law."

She continued, "The argument was it’s her right to decide either way, her right to decide whether or not to bear a child … This is something central to a woman’s life, to her dignity. It is a decision she must make for herself. And when the government controls that decision for her, she is being treated as less than a full adult human responsible for her own choices." 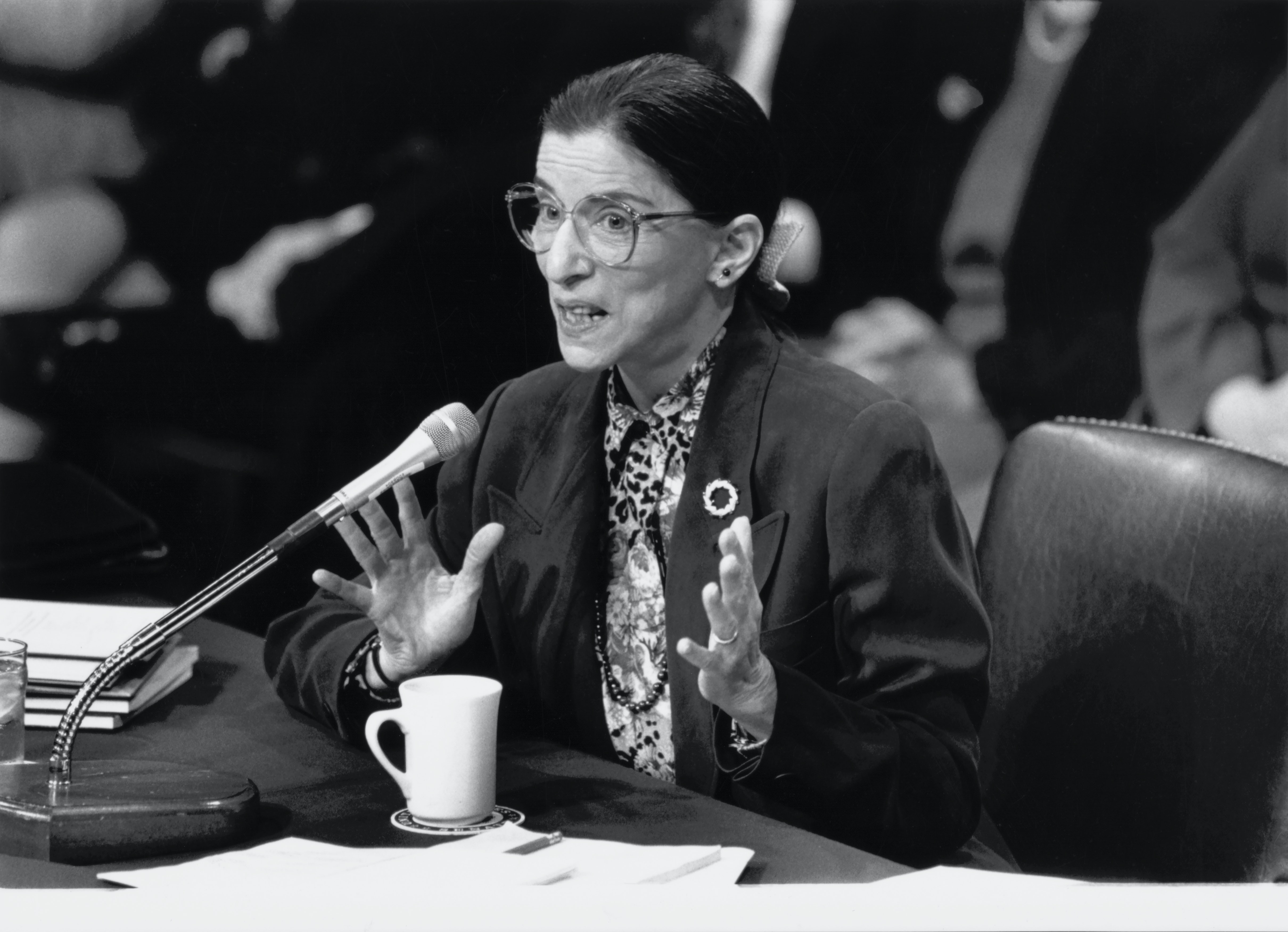 Once appointed to the Supreme Court, Ginsburg would later rule in a a 5-4 decision on so-called "partial birth" abortion laws in Nebraska in 2000 in Stenberg v. Carhart. She was in the majority which struck down a law banning one of the most common methods of abortion unless it was necessary to save the patient’s life — a ban which was a substantial obstacle for anyone trying to obtain a second-trimester abortion. In her concurrence, Ginsberg stressed her stance against the law as it stood, because it "[did] not save any fetus from destruction … nor [did] the statute seek to protect the lives or health of pregnant women."

Later, she wrote a telling dissent in another case about "partial birth" abortions, the 2007 Gonzales v. Carhart case, which challenged a federal law which had banned the procedure, also called intact dilation and extraction. That time, the court upheld the law 5-4, and Ginsburg wrote a dissent contesting the issue: "[A]t stake in cases challenging abortion restrictions is a woman’s ‘control over her [own] destiny.’ Their ability to realize their full potential, the Court recognized, is intimately connected to ‘their ability to control their reproductive lives.’" She continued, "Thus, legal challenges to undue restrictions on abortion procedures do not seek to vindicate some generalized notion of privacy; rather, they center on a woman’s autonomy to determine her life’s course, and thus to enjoy equal citizenship stature.”

Ginsburg also wrote a 35-page dissent in the 2014 case of Burwell vs. Hobby Lobby, after the Supreme Court ruled 5-4 in favor of Hobby Lobby’s claim the company was exempt from the Affordable Care Act’s contraceptive insurance coverage due to their religious views. In her dissent she argued this exemption would "deny legions of women who do not hold their employers’ beliefs access to contraceptive coverage." Ginsburg made her thoughts further known in a 2014 interview with The New Republic: "No one who is in business for profit can foist his or her beliefs on a workforce that includes many people who do not share those beliefs." 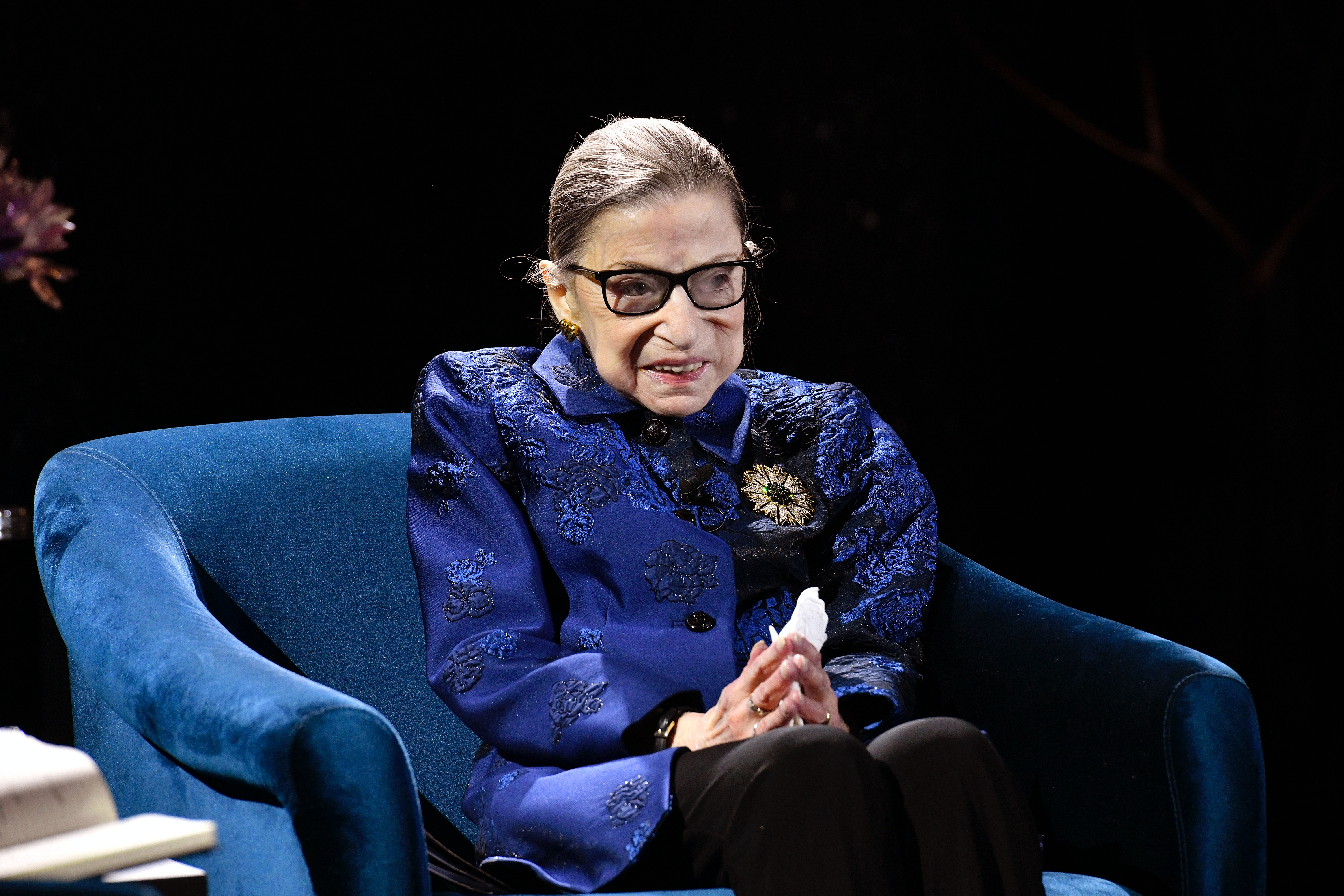 Ginsburg also helped strike down the Texas Omnibus Abortion Bill in a 5-3 decision in 2016’s Whole Woman’s Health v. Hellerstedt. The bill put stringent restrictions on abortion providers, such as requiring admitting privileges at local hospitals and outpatient surgical centers standards. In her concurrence, Ginsburg said the law endangered a pregnant person’s life: "When a State severely limits access to safe and legal procedures, women in desperate circumstances may resort to unlicensed rogue practitioners … at great risk to their health and safety," referencing Judge Richard Posner’s previous statement on a 2015 Wisconsin law. "So long as this Court adheres to Roe v. Wade and Planned Parenthood of Southeastern Pa. v. Casey, Targeted Regulation of Abortion Providers laws like [this] that do little or nothing for health, but rather strew impediments to abortion, cannot survive judicial inspection.”

Finally, although she wasn’t involved in the landmark Supreme Court case 1973’s Roe v. Wade, which affirmed the legal right to abortion throughout the country, her thoughts on its legacy still ring true nearly 50 years later. In a July 2009 interview with The New York Times, Ginsburg commented on the case, some 35 years after it was decided. "Reproductive choice has to be straightened out. There will never be a woman of means without choice anymore. That just seems to me so obvious," she said.

Later in the interview, she spelled it out clearly: "The basic thing is that the government has no business making that choice [to get an abortion or not] for a woman."