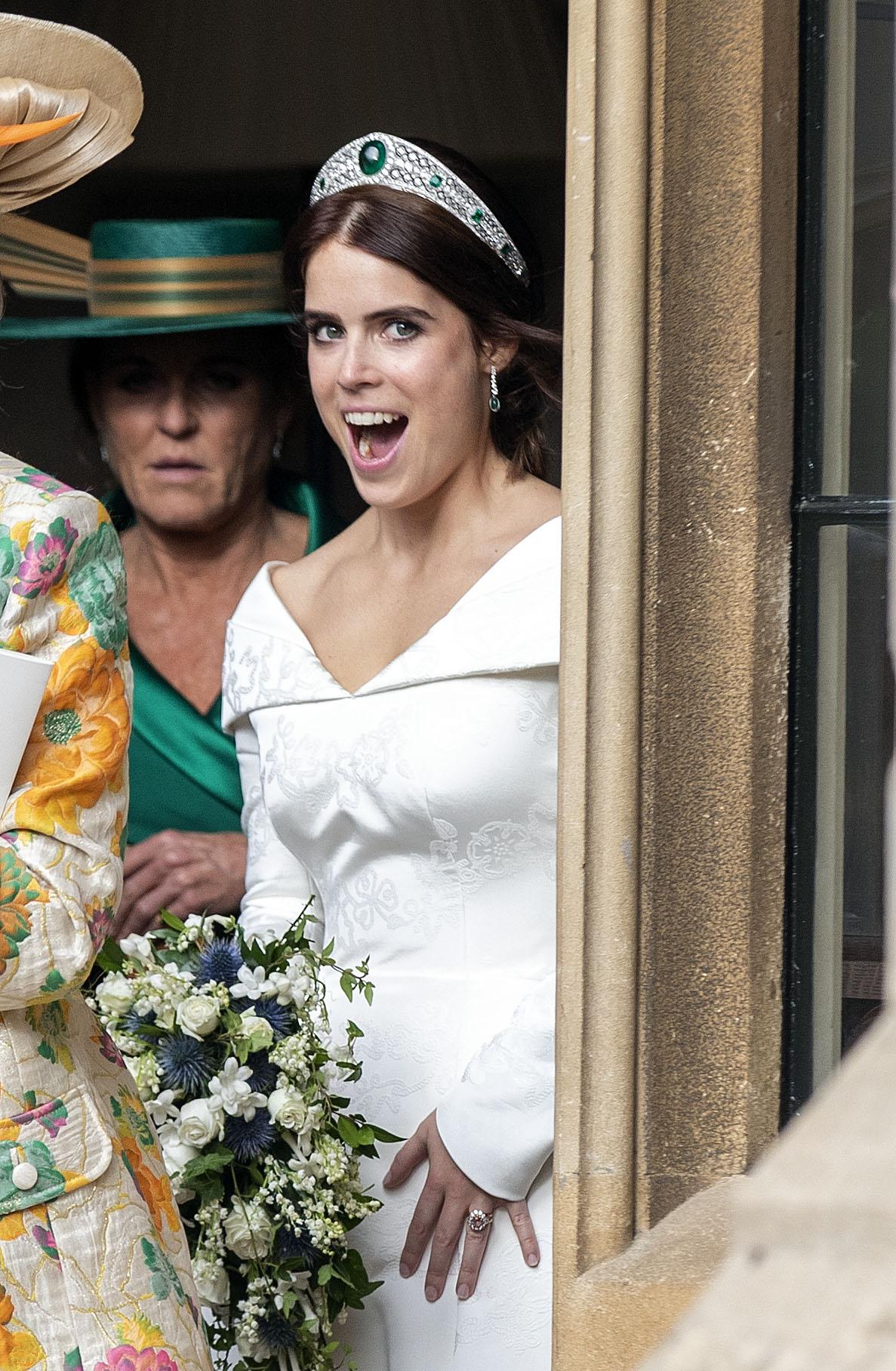 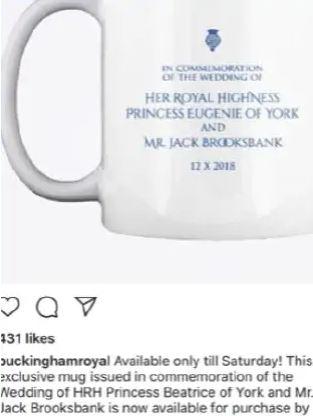 But, in an awkward blunder, the caption referred to the bride's older sister and maid of honour Beatrice, 30, by mistake.

Warning royal fans it was only available until Saturday, the post was captioned: "This exclusive mug issued in commemoration of the Wedding of HRH Beatrice of York and Mr. Jack Brooksbank".

The post was swiftly deleted, but not before racking up 431 likes by bemused royal fans.

If you're as cringed out as us, we can confirm that post wasn't done off the official Buckingham Palace Instagram account – but a fan operated one instead. Phew!

All the royal social media accounts have blue ticks verifying them. 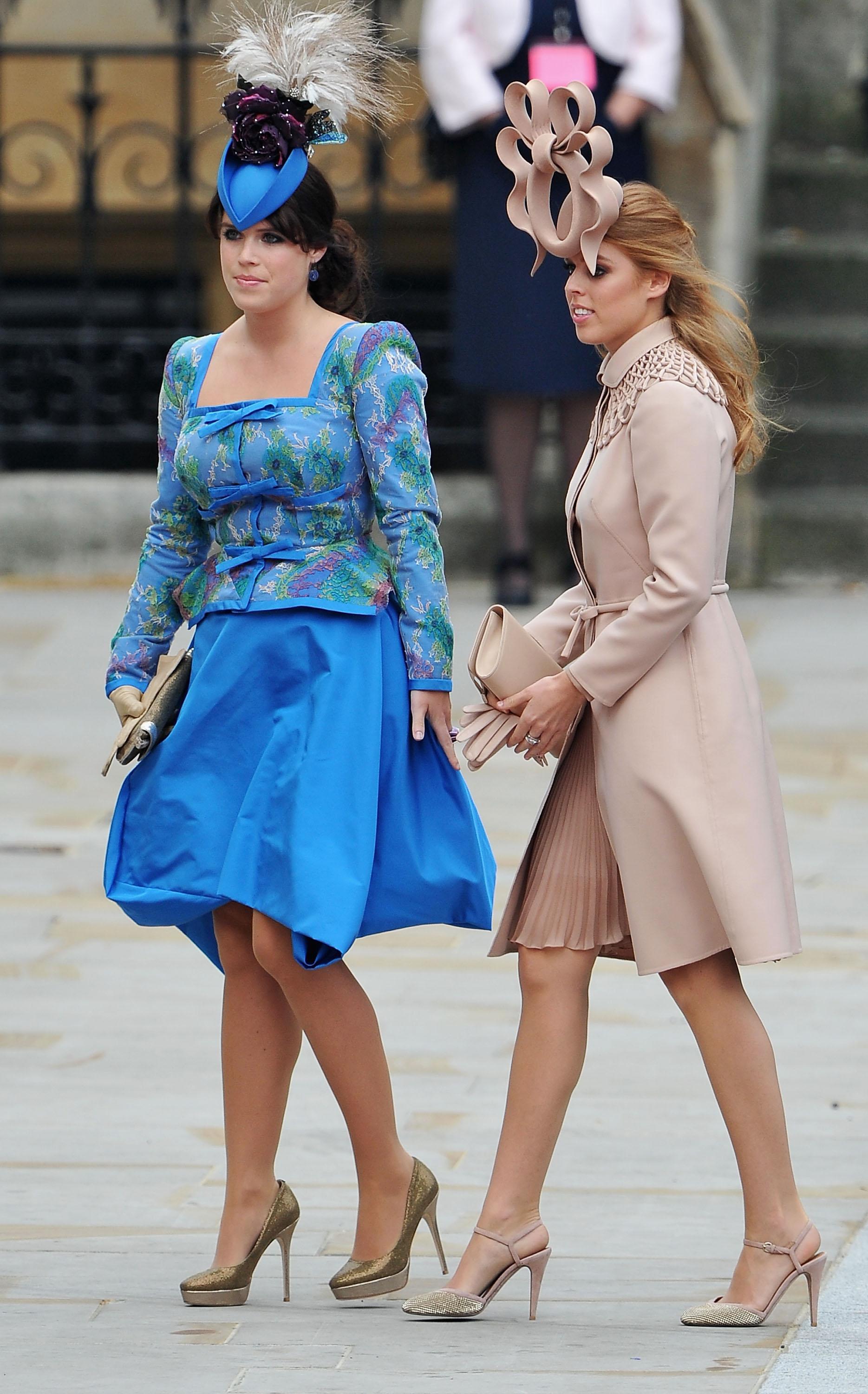 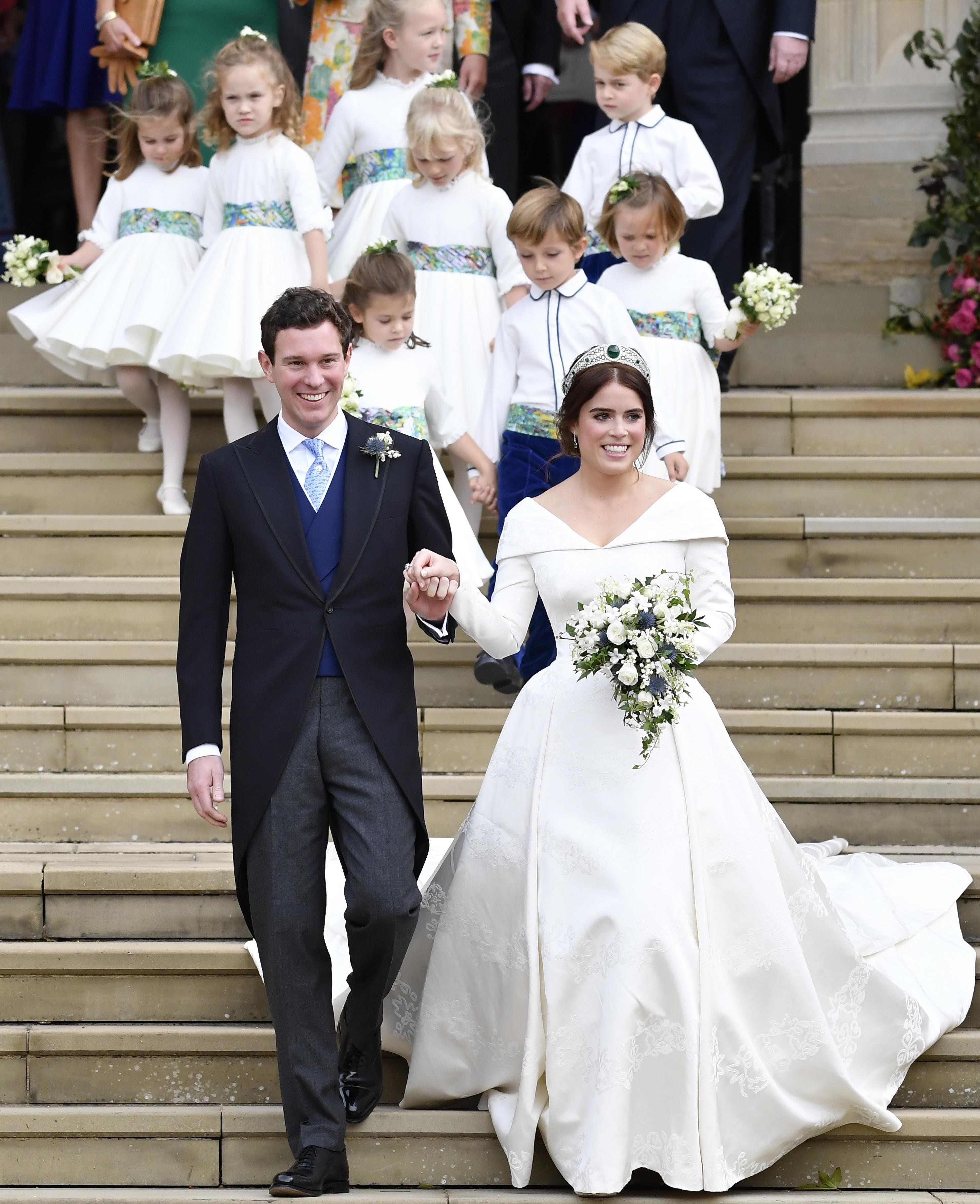 If you want to get your hands on the official royal souvenir mug, above, you can buy one here for £39.

The Royal Family Twitter account did make a similar gaffe last week, calling the groom "Mr Jacksbrook" on the eve of his wedding – which Brits found absolutely hilarious.

Rumours have been rife that Meghan, 37, and Harry, 34, announced their baby news at Eugenie's wedding – which is said to have "put her nose out of joint".

The Duke of Duchess of Sussex made the official announcement on Monday, ahead of their royal tour in Australasia.