REVENGE-PORN victim Alisha Sterling fears she will never get over her jealous ex sending a video of them having oral sex to her mother.

She believes Josh Potts, 22, got off lightly with just a restraining order and ten months in a youth offenders’ institute. 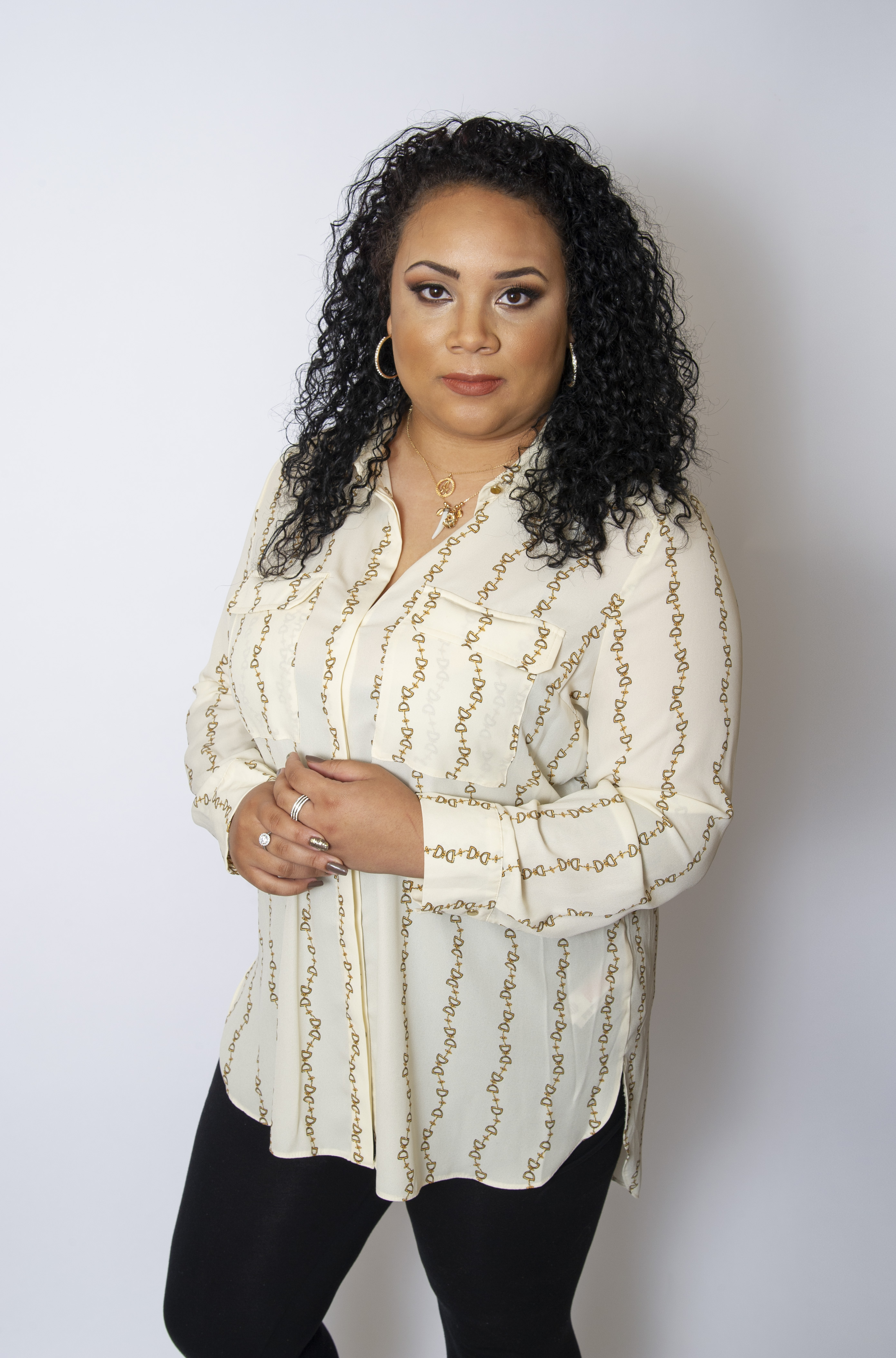 Potts served a mere five months before being left to move on with his life. But Alisha says things will NEVER be the same for her.

Potts harassed her for six months when they split, before stepping up his vile campaign by sending that clip to her mum and three pals.

He used an array of devices to send anonymous threats, plus X-rated videos and snaps they made. 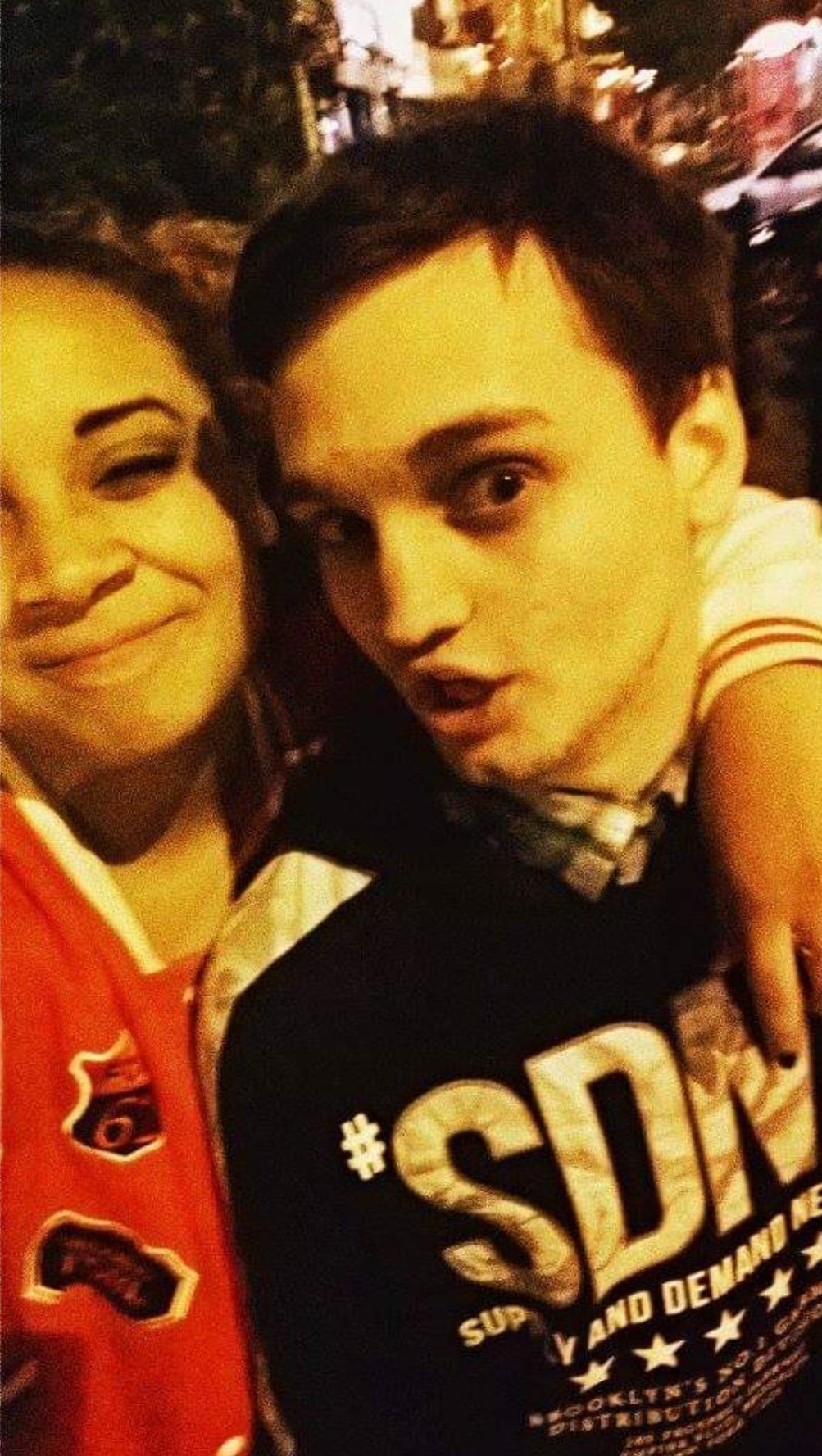 Alisha, from Wolverhampton, says: “It’s changed my life and knocked my confidence. I trusted him with everything and anything.

“Something done in the heat of the moment has had lasting damage on me. His sentence is nothing compared to how he’s ruined my life.”

Alisha and Josh were friends from primary school and began dating in February 2015. During their relationship, they exchanged sexy snaps and videos. 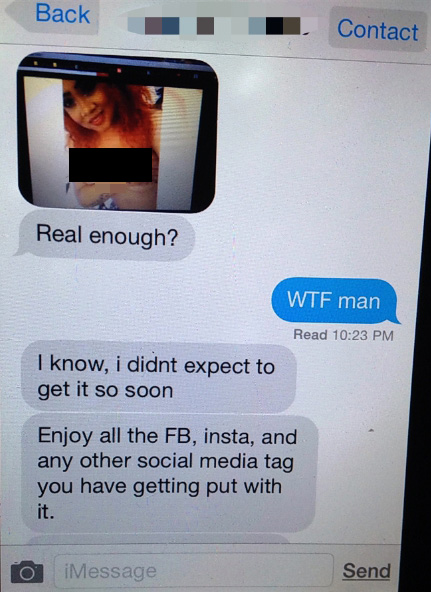 She called off the relationship in January 2016, after 11 months, following a series of rows. They agreed to delete X-rated material from their phones.

But when Potts learned Alisha had been dating someone new, he launched an online tirade of harassment.

Alisha says: “I saw him delete pictures and videos but, stupidly, I didn’t think about them still being stored in the deleted folder. He must have reinstalled them.

“I didn’t think he’d do something like that. I received a text from an anonymous number brandishing me a ‘slut’ then messages and a screenshot of a topless snap with a caption saying, ‘real enough?’

Something done in the heat of the moment has had lasting damage on me. His sentence is nothing compared to how he’s ruined my life.

“I changed my phone and SIM but he got through to my friends. I struggled with everything, constantly crying. I wanted it to be over.

“I was constantly shaking, waiting for the next message. He set up fake accounts and used different numbers to contact both me and my friends.

“He even made Facebook profiles in my name with those pictures. I’d report them and they’d be taken down but that didn’t stop him having the material.

"He even Photoshopped my face on a Reddit thread to make out the pictures had gone viral.” 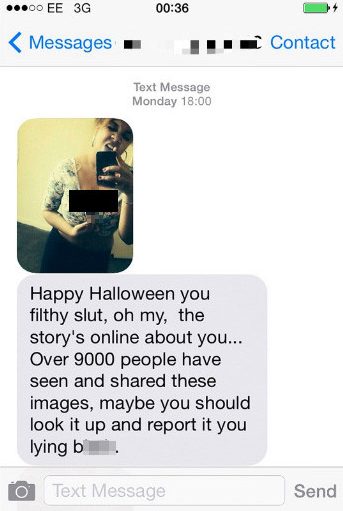 Have your intimate images been shared without your consent?

'HE TRIED TO RUIN EVERY ASPECT OF MY LIFE'

Alisha went to the police armed with dozens of texts and online profiles detailing the threats. But police only got as far as cautioning Potts.

After months of threatening to release the material, Josh sent the X-rated oral-sex video to three of her best friends and her mum Donna Wall, 42.

Alisha says: “I’d been walking home when I received a screenshot from a friend. Then Josh texted me telling who else he had sent it to, including my mum.

“My heart sank. I froze. My mum was away with her boyfriend at the time. I didn’t want to confront her because it was so embarrassing. But I had no choice. 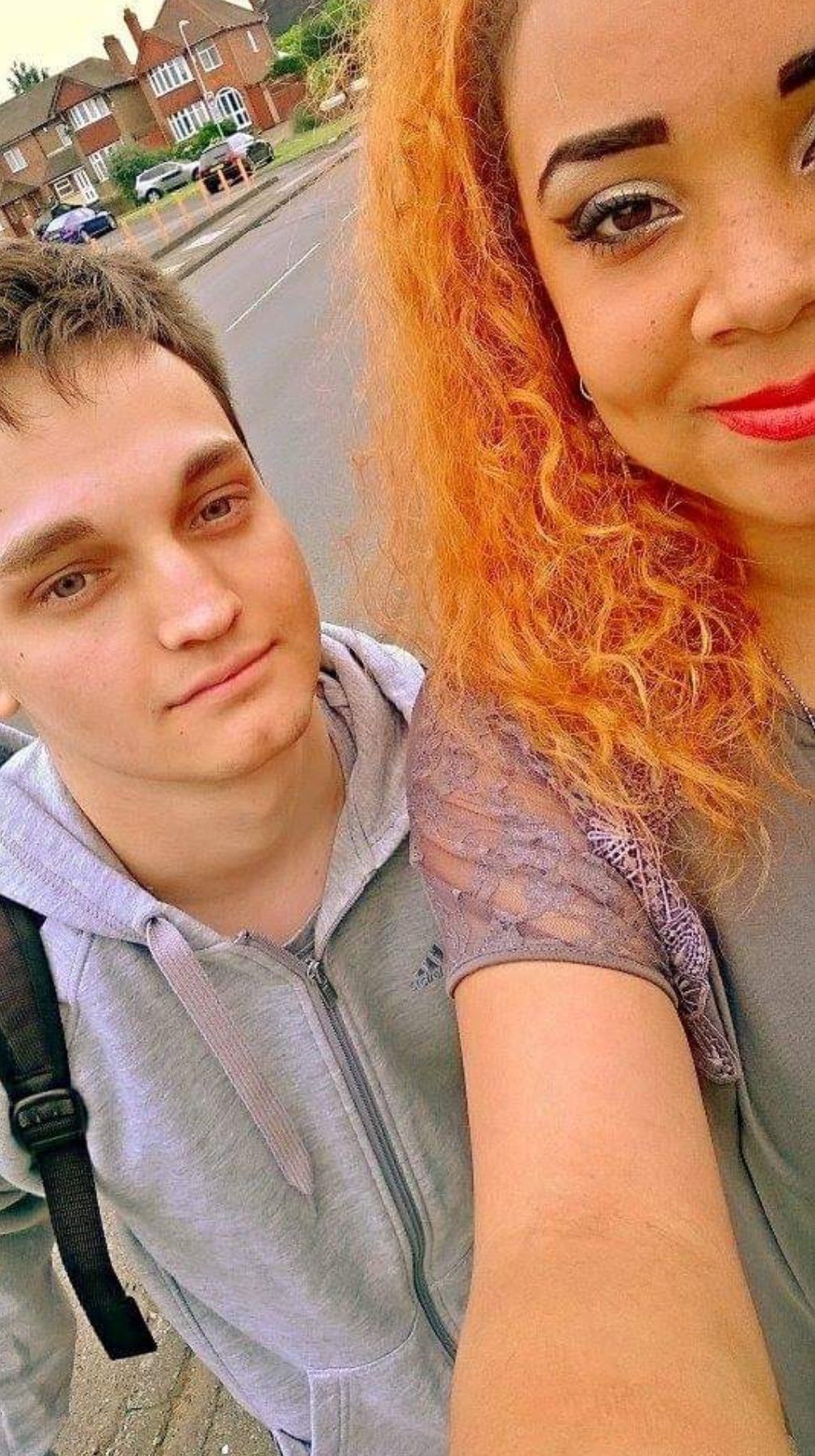 “I waited until she got back to tell her she might have a message from Josh. I can’t remember her reaction when she got the video, as I was so distraught.

“She was angry, as she never had a good word to say about him — like all mums with their daughter’s boyfriends!

“This isn’t something all mums experience. He tried to ruin every aspect of my life, including my relationship with my mum. But she was there for me every step of the way.”

Again, Alisha reported Potts to the police. He was found guilty and sentenced at Wolverhamption Crown Court in July 2017, issued with a restraining order and ten months in an institute for male offenders aged up to 21.

I struggled with everything, constantly crying. I wanted it to be over.

He was released after five months.

Alisha says: “After it happened, I was suicidal. I went to the doctor and got anti-depressants. I used to be a fun, bubbly girl who made everyone laugh. But now I barely engage in conversation.

“Every message I get with an image, every call or text from an unknown number, any random friend request, makes my stomach turn upside-down.

“I want to warn others about sending saucy snaps to partners, or anyone else. It doesn’t matter about the level of trust. 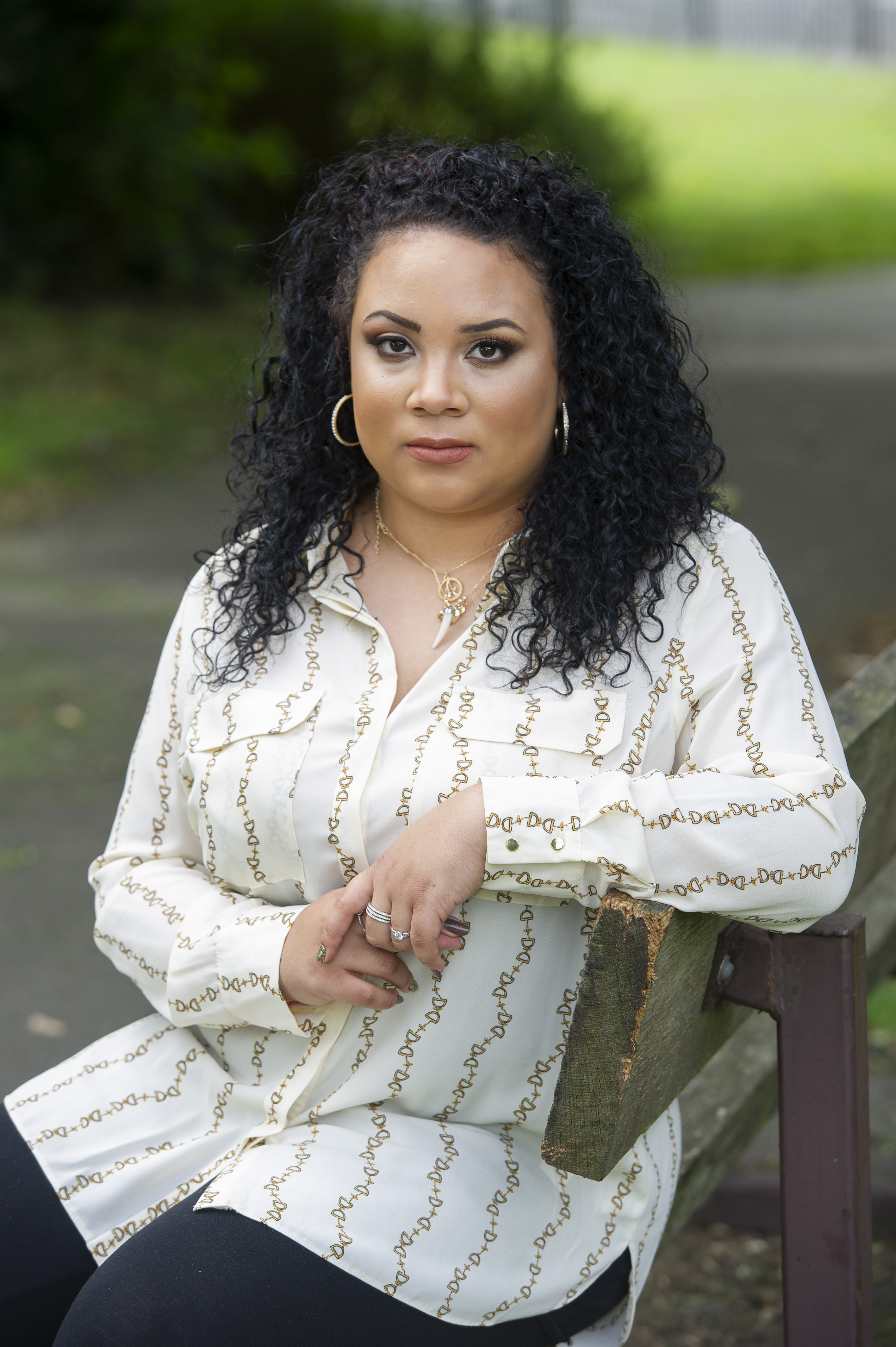 “I knew Josh since Year Four at school and trusted him. But look what happened. I wouldn’t wish this on my worst enemy.

“The sentencing is nothing compared to how he’s ruined my life. He served five months. He can go back to his life, go back to the same job.

“I still see him walking around. He obviously doesn’t care what he’s done. But it’s scarred me for life. Just speaking about it makes me shake.”