Kate Middleton, 40, has wowed royal fans with her summer style so far in 2022, sporting polka dots and floral summery dresses. However, the Duchess of Cambridge cannot wear a certain type of summery shoe in front of Queen Elizabeth. Kate is one of the most fashionable royals in the world.

Her impeccable dress sense means that millions of people look at her as a fashion icon, much as they did with Princess Diana, who frequently wowed with her sleek and elegant style.

Kate has been in the public eye ever since she started dating Prince William in 2002.

Since then her style has grown and evolved, from casual clothes to striking dresses and designer gowns.

During the summer, the Duchess also likes to wear espadrilles. 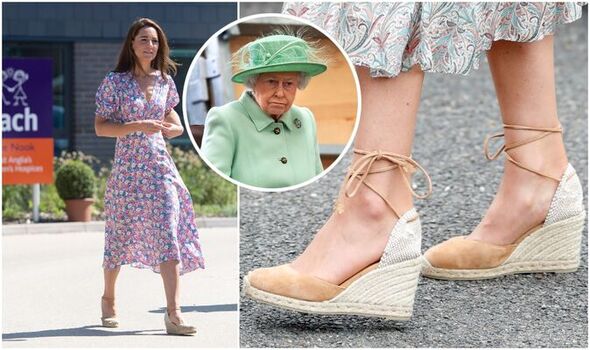 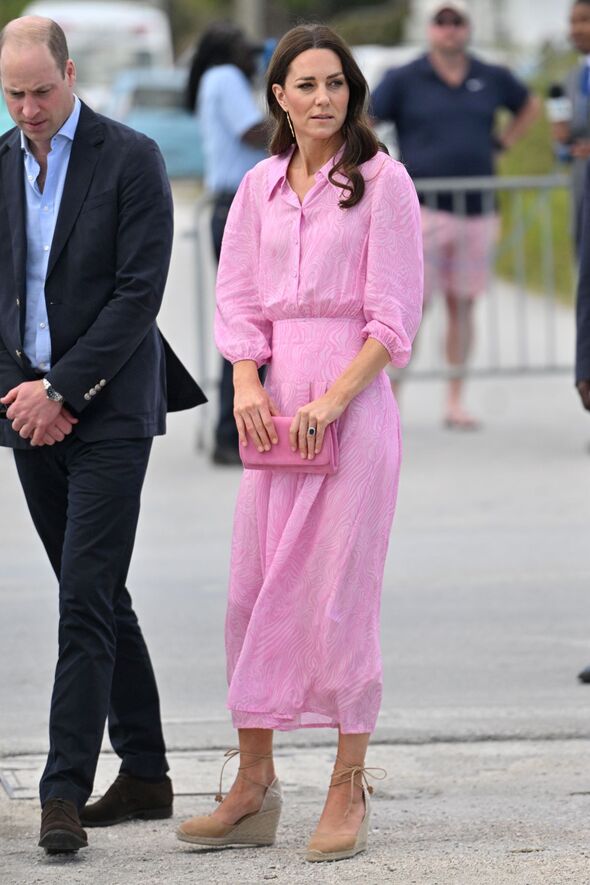 Other royals who like to wear the summery platform wedge sandals are Sophie, Countess of Wessex and Queen Letizia of Spain.

However, royal fans will never see Kate wearing these wedges in front of the Queen.

This is reportedly part of royal fashion regulations as the Queen is thought not to be a fan of this particular shoe style.

Wedges are a type of platform shoe that have been around since the 1930s.

The wedge heel is thick and attached to the sole spanning the entire width of the foot.

The height ranges from a few centimetres to several inches. #

The popularity of the wedge fluctuates according to the over-arching trend at the time.

Kate is a fan of wedges and can often be seen sporting them at events – just not in front of the Queen. 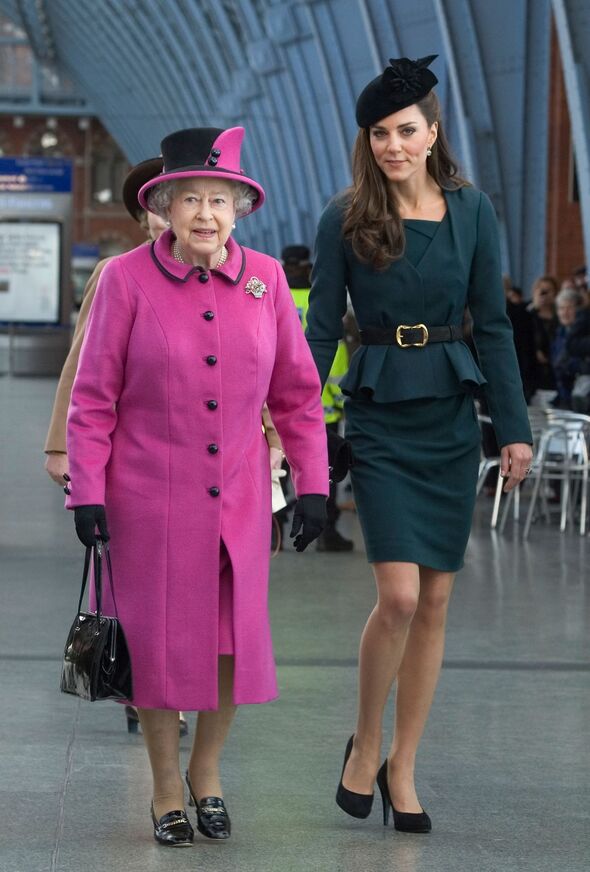 When Kate has any royal engagement in the Queen’s presence, she will always wear court heels that are simple and will not attract attention.

She is thought to be one of the tallest female members of the Royal Family at around five foot, nine inches.

The reason for the ban on wedges is very simple.

According to Vanity Fair, a source said: “The Queen isn’t a fan of wedged shoes.

“She really doesn’t like them and it’s well known among the women in the family.”

Other fashion rules that Kate Middleton has to follow include wearing hats and tights in public.

Athletic items of clothing such as leggings are also not encouraged.

However, not all athletic items are banned, as trainers are allowed. Kate is often seen sporting her Superga trainers at physical events.