He previously branded the size 24 model “morbidly obese," saying she's "on a pathway to sickness, misery and possible death.” 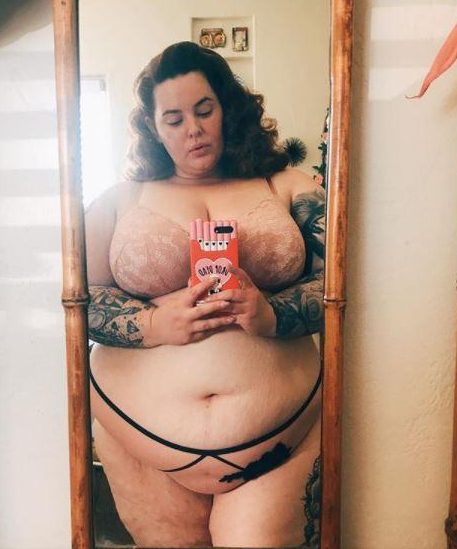 While many accused Piers of body-shaming Tess, 33, Amy Bell, a 20-stone nursing auxiliary from the Scottish Borders, AGREES with him.

Here, the 26-year-old, who is mum to daughter Frankie, two, shares her story…

I WANT my friends and family to tell me I’m fat – I don’t need them to sugar coat the brutal reality of my situation.

I’m big because I eat too much. I know I need to lose weight, I have eyes on myself. 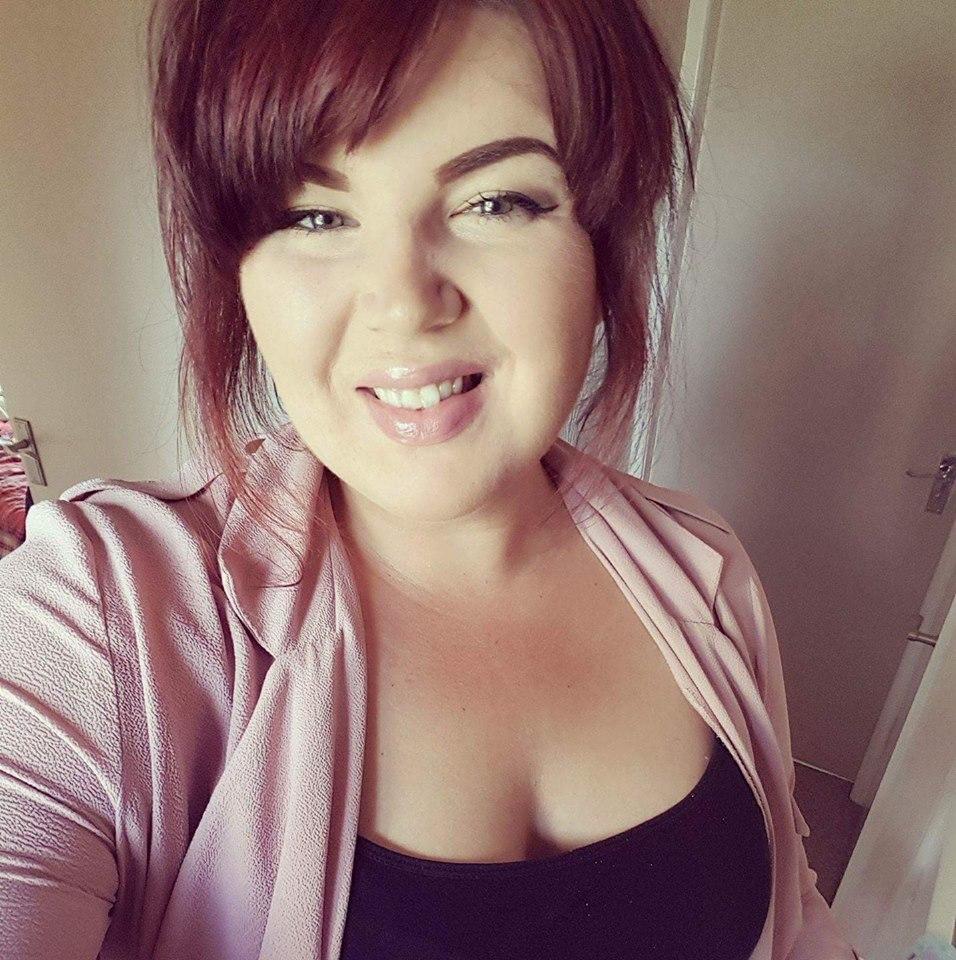 As a nursing auxiliary, Amy knows there are huge risks associated with obesity 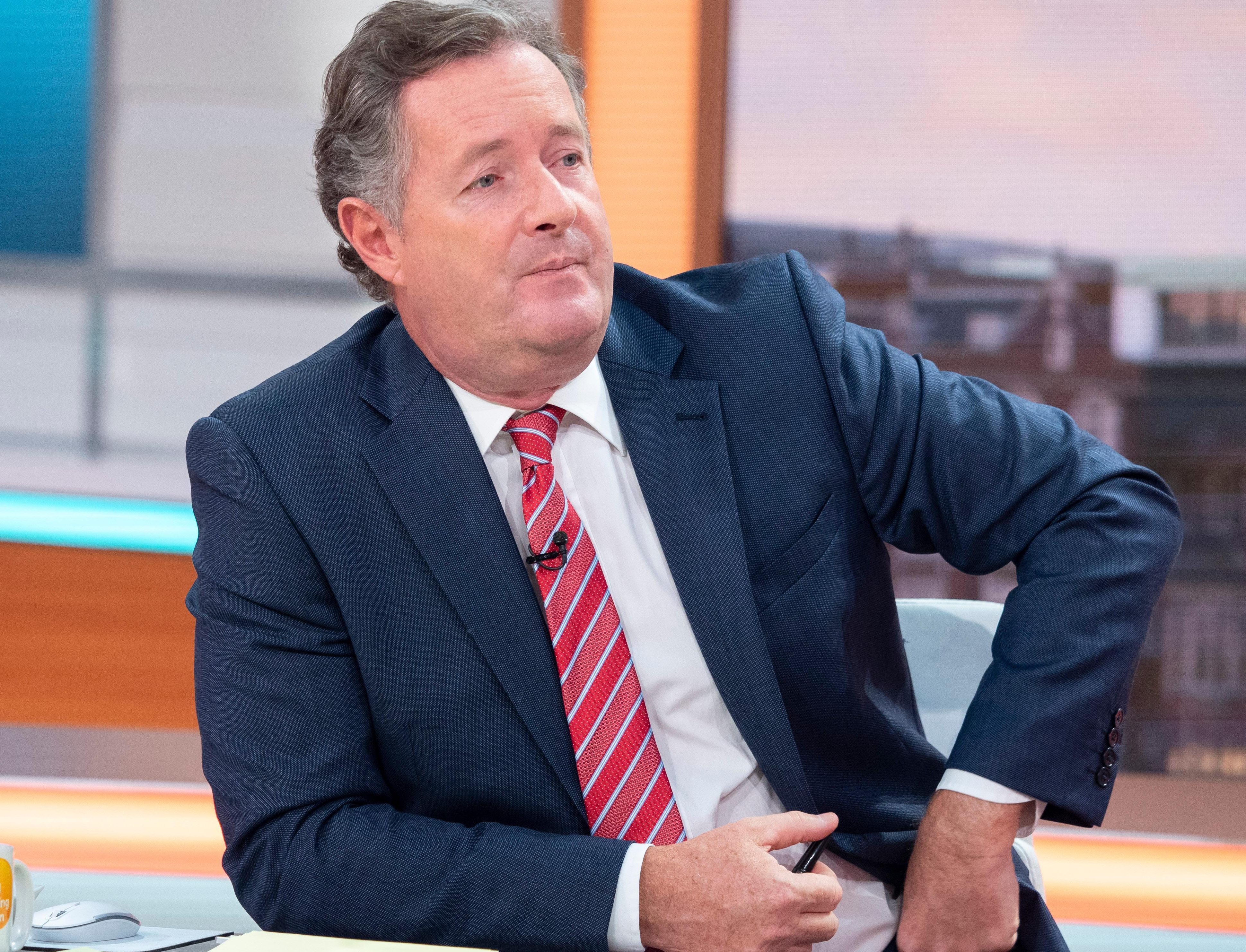 That’s why I think it was good that Piers Morgan told Tess Holliday what he really thought – even if it hurt her feelings.

Don’t get me wrong. I think Tess is very beautiful. I like her a lot. But do I think she’s overweight? Definitely.

Do I think she promotes an unhealthy body image for her millions of fans? Yes.

In fact, I don’t see much difference between her and an alcoholic or drug addict. All three are addicts. But only one is celebrated.

Tess Holliday came to Piers Morgan's attention when she appeared on the front cover of Cosmopolitan.

Tess, 33, showed off her tattoos as she posed in a green one-piece while blowing a kiss in the striking shot.

But Piers, 53, wasn't impressed, sharing the cover on Instagram and writing: "As Britain battles an ever-worsening obesity crisis, this is the new cover of Cosmo.

"Apparently we’re supposed to view it as a ‘huge step forward for body positivity.’ What a load of old baloney. This cover is just as dangerous & misguided as celebrating size zero models."

She responded in turn, saying: "To everyone saying I’m a burden to the British health care system, I’m American so you don’t have to worry about my fat a**."

Then, last week, Tess posed for a mirror selfie on Instagram in her underwear – prompting mouthpiece Piers to offer his advice again.

He argued she was lying to herself and was on a "on a pathway to sickness, misery and possible death".

Since then Piers and Tess have batted insults back and forth – with Piers saying he's concerned about Tess' health and her responding he's obsessed with her.

Today Piers appeared on Good Morning Britain where he offered to go on a diet with her. He said he "deserved" to be fat-shamed because he is a stone overweight.

Piers added: "She ain't losing it right now because people are paying her lots of money to be morbidly obese. I think I'm being kind, you may not think so but I actually think I am."

That’s not right. Over-eating is as dangerous an addiction as anything. Obesity is a killer and we shouldn’t celebrate it under the guise of body positivity.

I know I am too big and I don’t want to be celebrated for it, when it isn’t healthy and it’s not something I am proud of.

It’s really hard when my friends and family say, ‘Amy – you need to lose weight’.

But I need to hear it and I know their concern comes from a loving place.

Piers suggested Tess’ mates weren’t being honest with her about her weight and I am inclined to agree.

If they were they would take her aside and say, ‘You’re lovely and gorgeous but being the size you are is not healthy and you need to change or your health will be in danger.’

Tess Holliday has a huge following. She has the platform to show her fans how to lead a healthier lifestyle.

I don't mean she has to drop 10 stone but at least show you are making changes to become healthy.

I’m a nursing assistant, so I work in hospitals and I know first-hand the problems which obesity causes.

Strokes, cancers, heart attacks – they are all linked to being overweight. 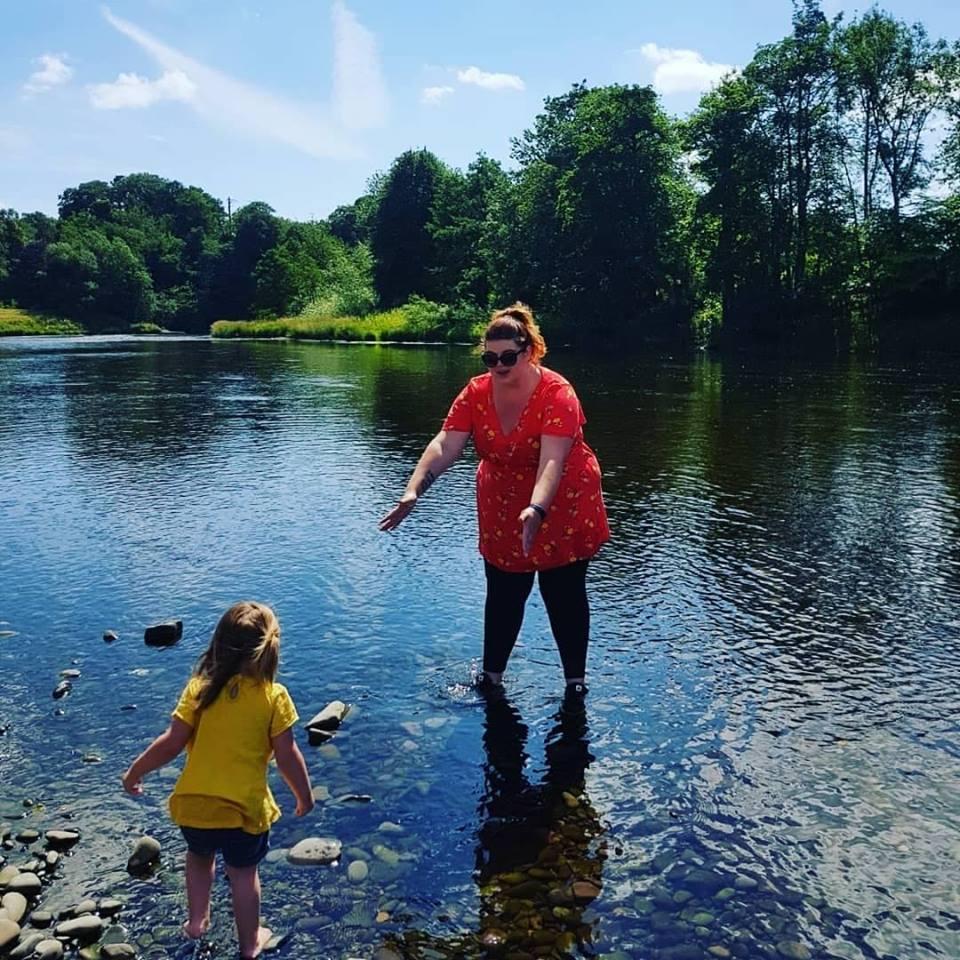 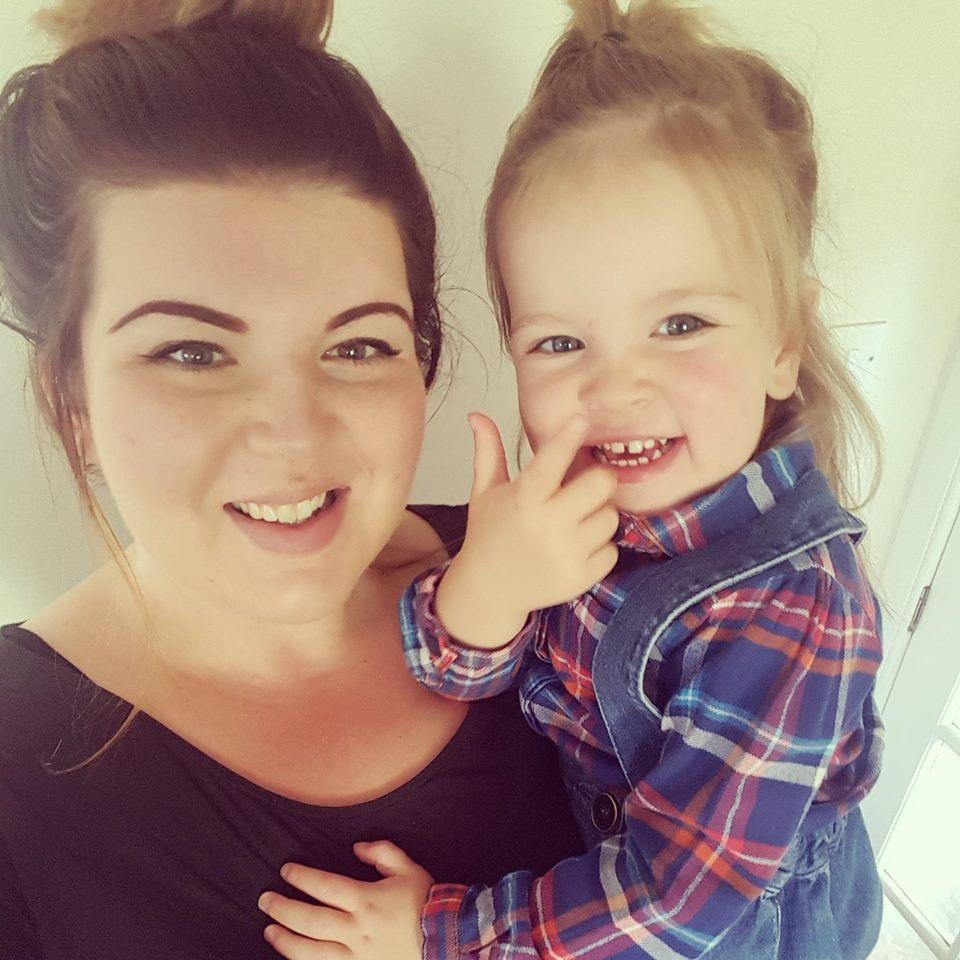 People who are overweight often have trouble moving, breathing and a whole host of other issues. It’s an epidemic across the UK and not one that should be encouraged.

I’ve tried to lose weight so many times and I know it’s really hard. I’ve been on so many weight loss plans but eating less is difficult.

With a body mass index of 38, I’m not healthy and I want and need to lose weight.

Tess, in promoting a body shape which isn’t healthy, worries me. Impressionable children will see her and think that sort of shape is something to aspire to. It isn’t.

Yesterday it was revealed obesity is set to cause more cancer in women than smoking, experts warn.

Being overweight increases the risk of 13 different types of tumour, including cancer of the breast and womb.

But only one in seven women realises there is a link, says Cancer Research UK, which has launched a major campaign to highlight the dietary dangers.

The charity wants ministers to take the same tough approach to weight problems as smoking, rates of which have fallen steadily.

Measures must include a ban on junk food TV ads before 9pm and a crackdown on promotion of fattening snacks.

CRUK said smoking causes 12 per cent of all cancers in women, or around 22,000 cases a year.

But the gap is closing at such a rate that the two could be neck and neck in under 20 years.

Any by 2043, obesity will be the biggest cause of cancer in women.

CRUK spokeswoman Professor Linda Bauld said: “Obesity is a huge public health threat and will only get worse if nothing is done.

"It’s one of the greatest public health challenges of our generation, placing people at much greater risk of cancers, heart attacks and other killer conditions as well as type 2 diabetes.”

He said health chiefs were “exploring all options” in the drive to reduce the burden of obesity on the NHS.

I’d comfort eat when I was little and it got worse and worse when I was able to choose what I fed myself after I left home at 17.

Out went balanced meals (my family are quite healthy) and in came takeaways, pizzas, kebabs and chips.

Now I’m a bit older I’ve generally got a well-balanced diet in the day, but in the evenings I lose control.

I eat chocolate and ice-cream. I binge on rubbish. It’s really bad.

There’s a lot of truth in what Piers is saying. In being overweight you are putting your body at risk and you can’t kid yourself about that. 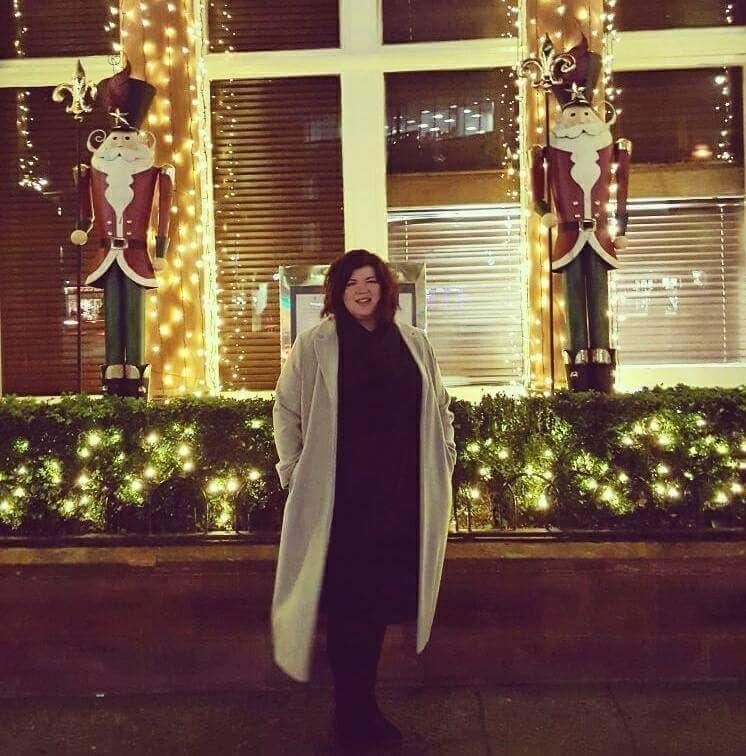 Tess Holliday presumably gets a lot of money for what she does – modelling on front pages and posting Instagram images.

She isn’t doing it out the kindness of her heart. She’s doing it for money. But she needs to think about it because there are huge health risks associated with being overweight.

In many ways there are few differences in being overweight and being an alcoholic – both are addictions.

You wouldn’t put an alcoholic on the cover of a magazine, clutching a bottle of vodka, so why should you put a morbidly obese person on the front?

I am all for being positive about bodies, but I think obesity is promoted for the wrong reasons.

Being obese is horrible. 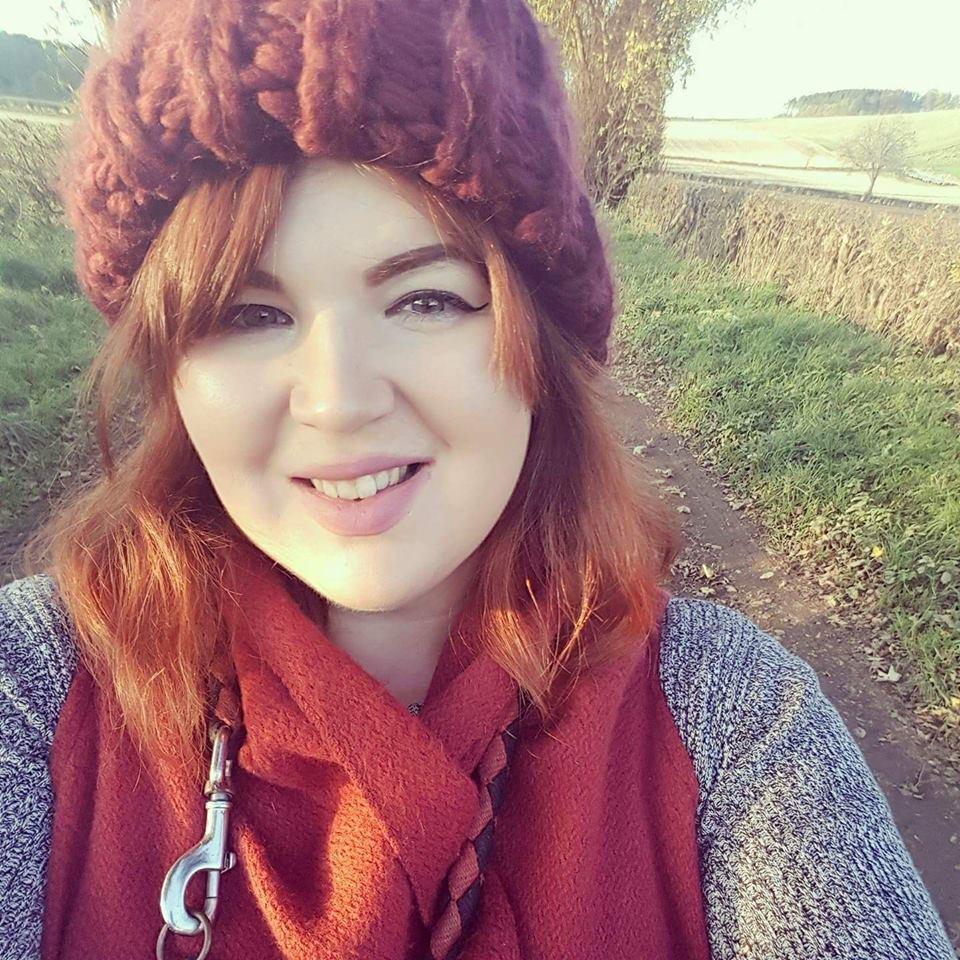 I hate being the size I am. I hate buying clothes from plus-size shops.

I hate that I am setting a bad impression for my girl, who I want to grow up healthy.

I’ve heard all my life, ‘Oh you’ve got a lovely face’ ‘You’d look pretty if you were thin’.

I’m okay with not being a size 10. But I do need to lose weight and be healthier.

Tess can kid herself all she likes.

She can claim it’s an issue of ‘body positivity’.

It’s not. It’s an issue of science and common sense – and we know, as much as we kid ourselves, that in the same way smoking is bad for you so is being overweight.

Yesterday it was revealed Weigh Watchers is slimming down its name – and losing the Weight.

The Voice judge Jennifer Hudson lost 5st 10lb when she completely transformed her body a couple of years ago, and says Weight Watchers and regular exercise keeps her trim.

Love real life stories? We're always on the lookout for case studies to feature on Fabulous Online. Join our Facebook group and you could make money by telling your story.