A WOMAN has opened up about having her own pub at the age of 20, including how she deals with drunk older customers.

UK-based India Goss has gained 25,000 followers on TikTok who follow her daily life, after she first became a landlady when she was 18. 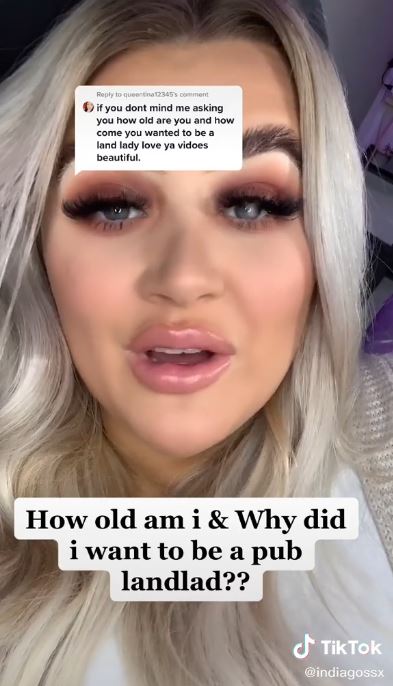 The glamorous blonde explained to followers: “I’m 20s year old and 21 this year, and I got my first pub when I was 18.

“As far as why did I want to become a landlady, I don’t really know. I’ve worked in pubs since I left school so I feel like it’s just in your blood.

“One day I just came in from work and literally thought to myself ‘I want my own pub’ and started looking into it and then just did it. If you want something you’ll do it.”

India said many people mistakenly assume she is an alcoholic for owning her own pub so young, but she insists that is far from the truth. 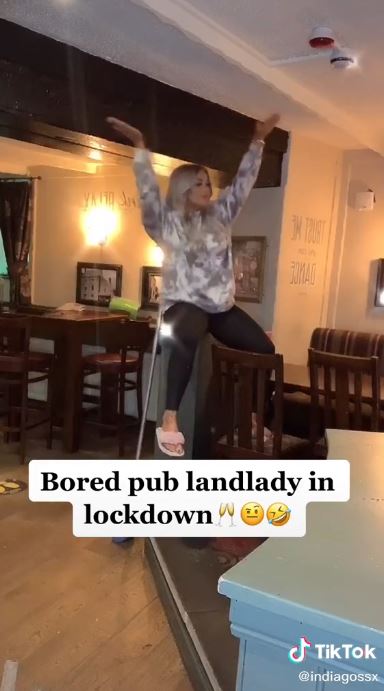 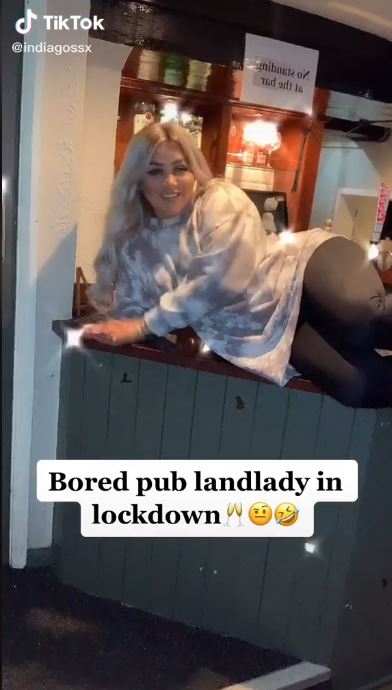 India said when she does fancy a drink, she does drink from her own pub, but still pays to cover the stock.

She may be young, but India has a firm way of dealing with drunk and rowdy customers. 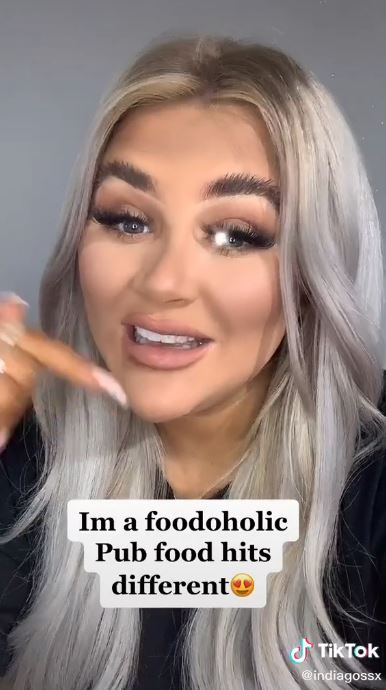 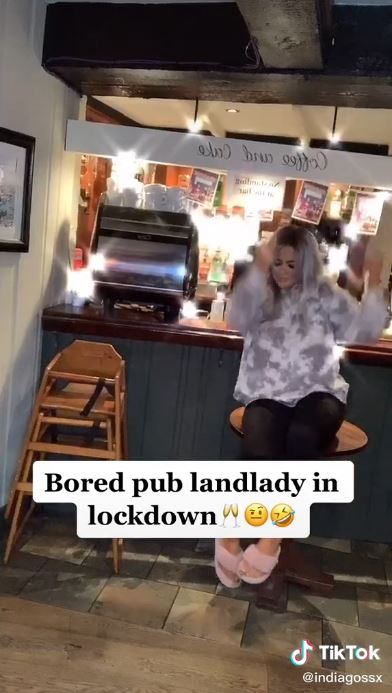 “And as far as them getting aggressive, it really doesn’t bother me, I still get stuck in there, ask any of my staff, I am straight to it.

“At the end of the day it is my priority to keep my staff and customers safe, so I would rather get in there than another customer get in there.” 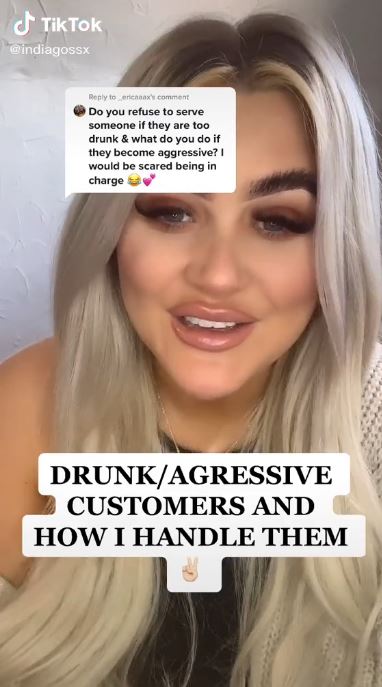 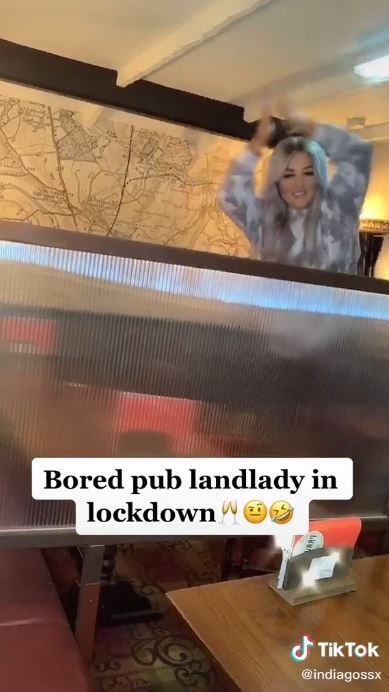 India, who says on TikTok that you’ll “never find another landlady like me”, said her favourite thing about being a landlady is being her “own boss” and no one tells her what to do.

In the comments, she explained how she had grown up with her dad working in pubs, and then set up her own business with him 50:50, with her listed as “director.”

Many people were quick to praise her for being a landlady so young, with one saying: “Respect the hustle gal! You work so hard!”

Another added: “I’m sure you’re a great boss!”

We shared how Adam Frisby left school with no qualifications & worked at Burger King – now he's worth £35m after starting fashion firm from home.

Meanwhile, savvy budgeting has made this woman a millionaire, here are her tips to save YOU thousands.

Plus the ‘world’s cheapest millionaire’ refuses to buy ANYTHING new and eats 43p cat food – despite having £3.9m in the bank.