AN OFF-GRID couple who spent a month on a desert island with their toddler say they'd take their newborn twins on survival missions from 20 months old. 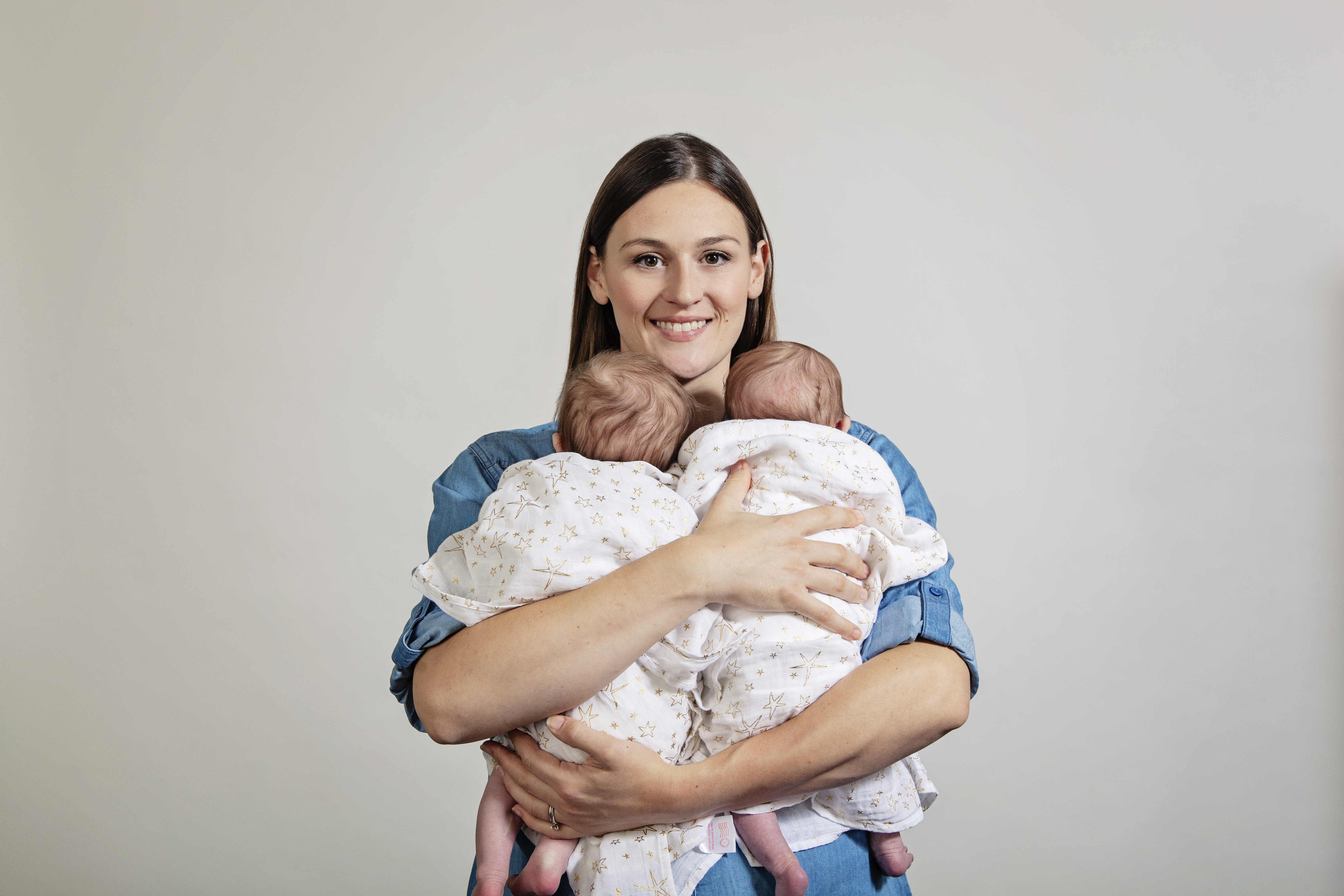 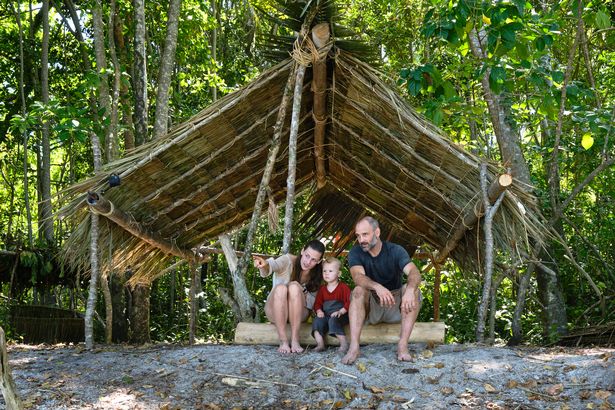 Like most Brits, they've spent the past year locked down in their home in Leicestershire with their twins and son Ran, three-and-a-half, who they admit they let "go feral".

In an exclusive chat with Fabulous, in partnership with From Babies with Love, the couple revealed how they're itching to get on the road again.

Ed said: "I’ve got a shoot pencilled in for the end of December but it’s going to be a little while before the twins are ready to be plonked in a survival scenario.

"Ran was 20 months, they’re still only three months old. I think the people who told us we were reckless would be right if we went away right now."

Laura agreed, admitting: "I don’t think my sanity would manage it either."

Ed added: "I think 20 months is about as young as you’d want to go. I think you could do it (younger) but you’re just hand holding an infant.

"It’s a lot more tiring taking the kids, I do remember being absolutely exhausted after the last trip." 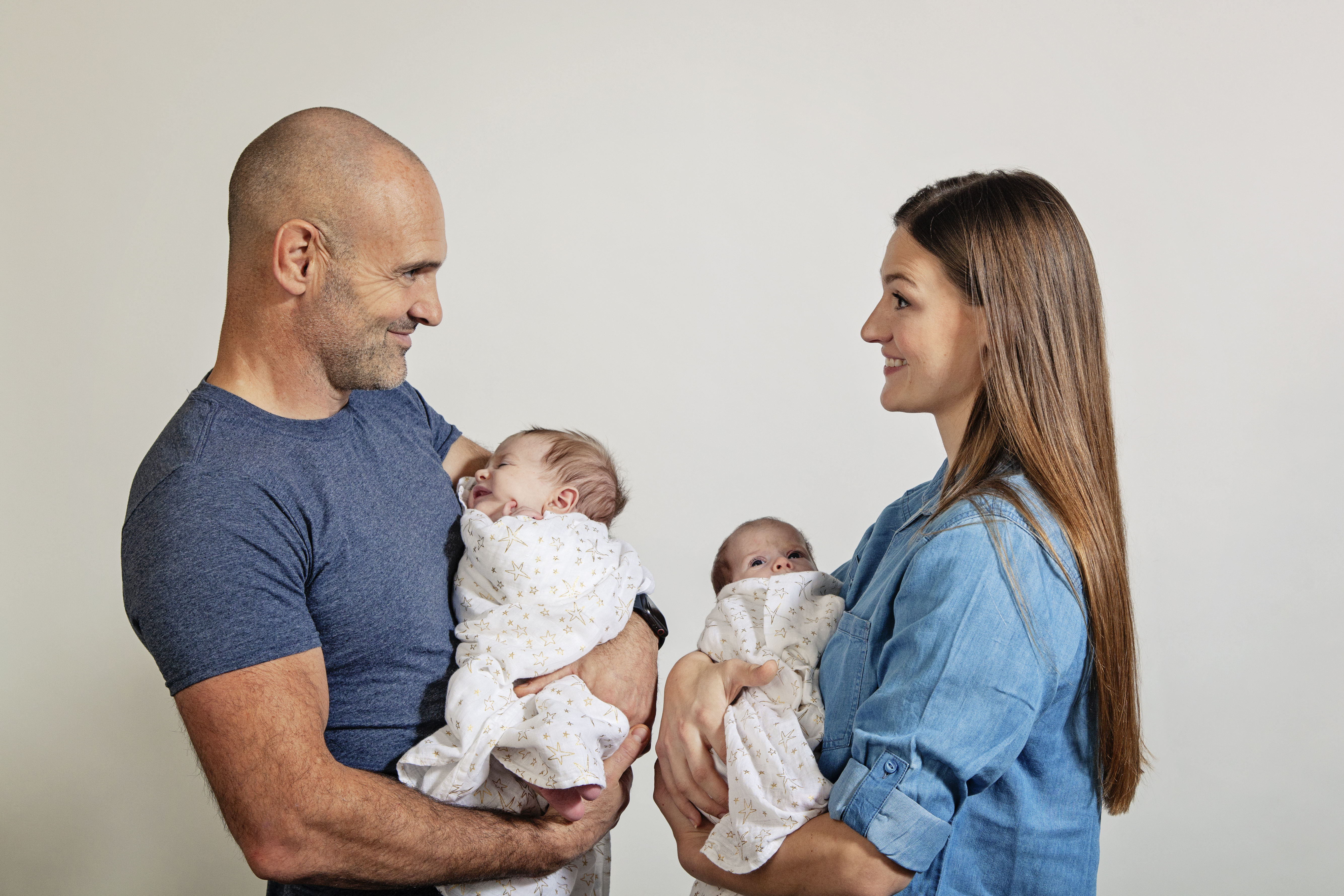 The parents took son Ran, who's name after Sir Ranulph Fiennes, to live on the uninhabited Merak island in Indonesia for a month for a Discovery show which aired last year.

The family had no access to food, shelter or running water and were forced to fend for themselves.

At the age of three, Ran's had a jet set lifestyle many adults could only dream of – having already travelled to 17 different countries.

Ed said: "I don't think Ran was too young. I think even if he won’t have any memories of it, which he won’t realistically, it’s helping to shape his character.

"You think crikey, he’s three and a half now, so he’s hardly going to have any memories of his life so far but he’s been to about 17 different countries.

"He’s been to the middle of the rainforest in Guyana, he’s been on a tropical island. I think it’s a character thing rather than a memory thing.

"I’m hoping it will just give him more confidence and that he’s got more depth of experience to draw on." 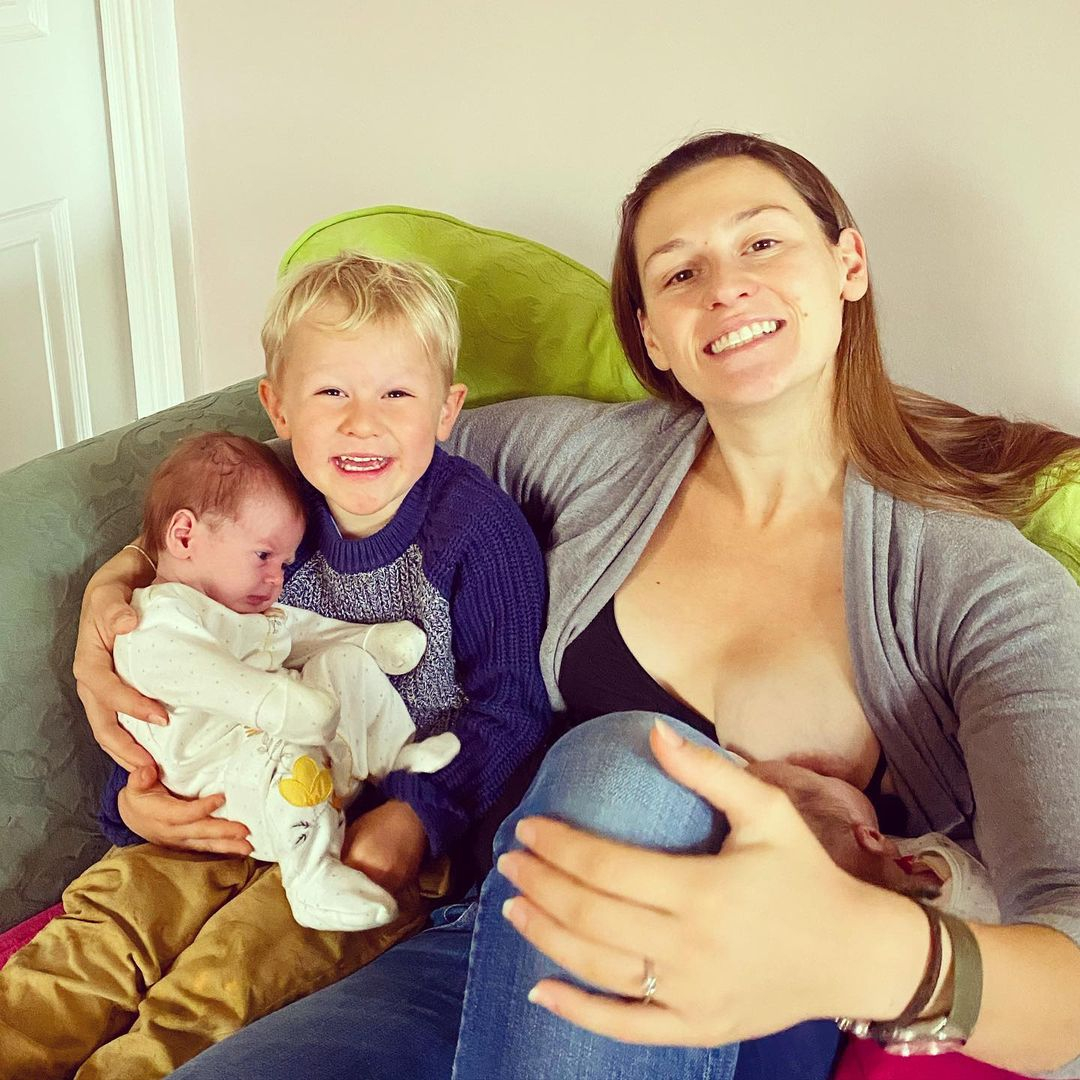 Despite his adventurous upbringing, the parents are planning to send their son to a mainstream school – although they worry how he'll adapt to it.

Ed said: "I’m really quite worried when he goes to school, he’s just going to be put in a sterile environment with four walls around him and he’s not going to be able to cope with it.

"I’m worried he’s going to be a bit unruly because we do let him go a bit feral. We’ve got a nice garden that he can run around in, building dens, climbing trees and things like that.

"We take more risks (than other parents), we’ll allow him to climb that bit higher on the climbing frame.

"It’s worth it, I do take his life seriously and I just think you need to be aware of the risks.

Parents who wrap their kids in cotton wool, yes OK they’re going to be safe but it’s also hindering

Laura, who gave birth to her "miracle" twins following a devastating miscarriage last year, explained: "We let Ran fall over a lot more than other parents. He’s so robust, he just gets back up.

"I judge the situation on ‘how hurt would he be if something happens?’ Ed is very relaxed with both the girls, he's constantly shoving his fingers in their mouths.

"If he’s got dirt under his fingernails, I’m like ‘don’t do that’."

Ed added: "We have two Newfoundlands and the kitchen floor is covered in dog hair half the time.

"Yes we do sterilise bottles but I’m actually thinking ‘is that over the top?’ Every now and then I do let them suck on my fingers to build up their immune system while they’re young." 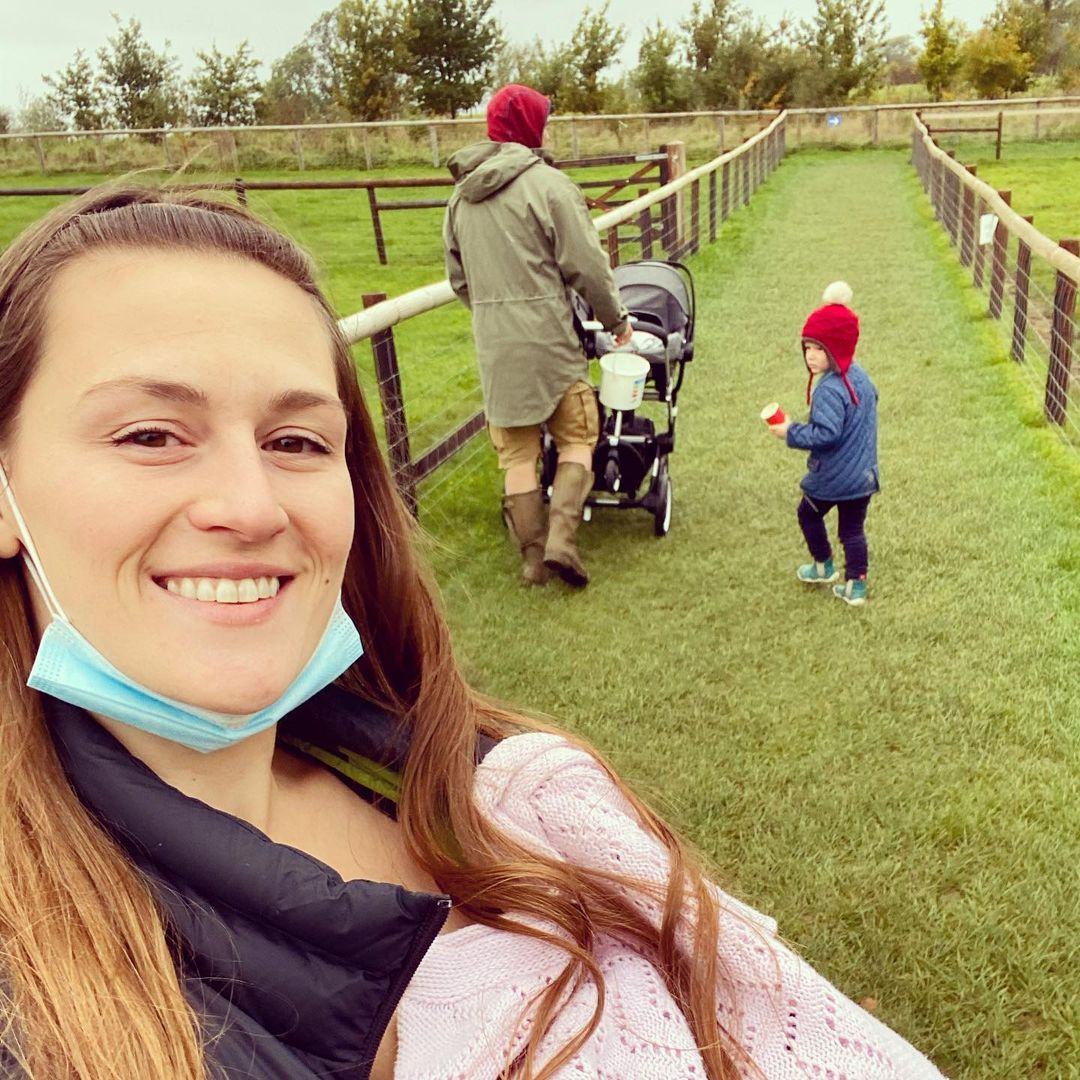 The couple, who hold the Guinness World Record for being the first to walk the 3,976-mile length of the Amazon River, married in 2016 in Ed's home village near Market Harborough, Leics.

Although the parents like the sound of homeschooling, they say it would be unfair given their jobs, Ed's especially, often take them away from home.

But they are considering moving to Argentina for two years, where they'd do a mixture of homeschooling and enrolling the kids in a local school.

Describing their day-to-day life as "so boring", Ed said: "It’s so easy to just slip into the routine of doing the normal things and working to pay the bills at the end of the month.

"But we could rent our house out for the same amount we pay on the mortgage, so we’d have that security for when we come back, and go and have a mad two years in Argentina, drinking red wine, eating steaks and skiing.

"We'd just get a little log cabin, we wouldn't need anything massive.

"We are quite adventurous as a couple and we haven’t really been for the last year, nobody has been, we’ve all been home, but I think stuff like that seems more appealing at the moment." 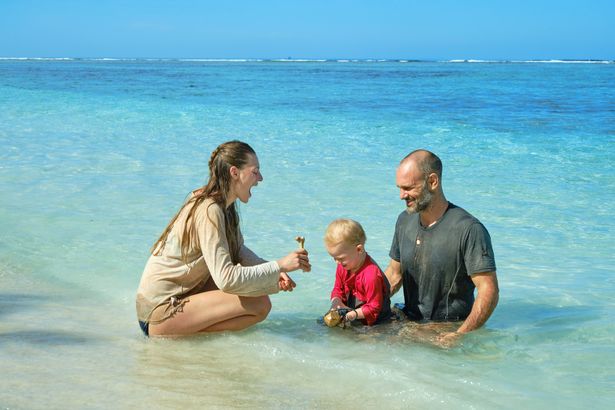 Laura added: "I think it’s when you realise you’ve done the washing up five times in one day and you’ve got a huge pile of ironing left to do. It just sends you to the brink of ‘what am I doing with my life?’

"But you’d always remember that experience you had living in Argentina or a different country.

"I think life is for building experiences, especially when you’ve got young children, you want to immerse them in as many things as possible.

"A trip to Sainsbury’s is pretty big in my world at the moment." 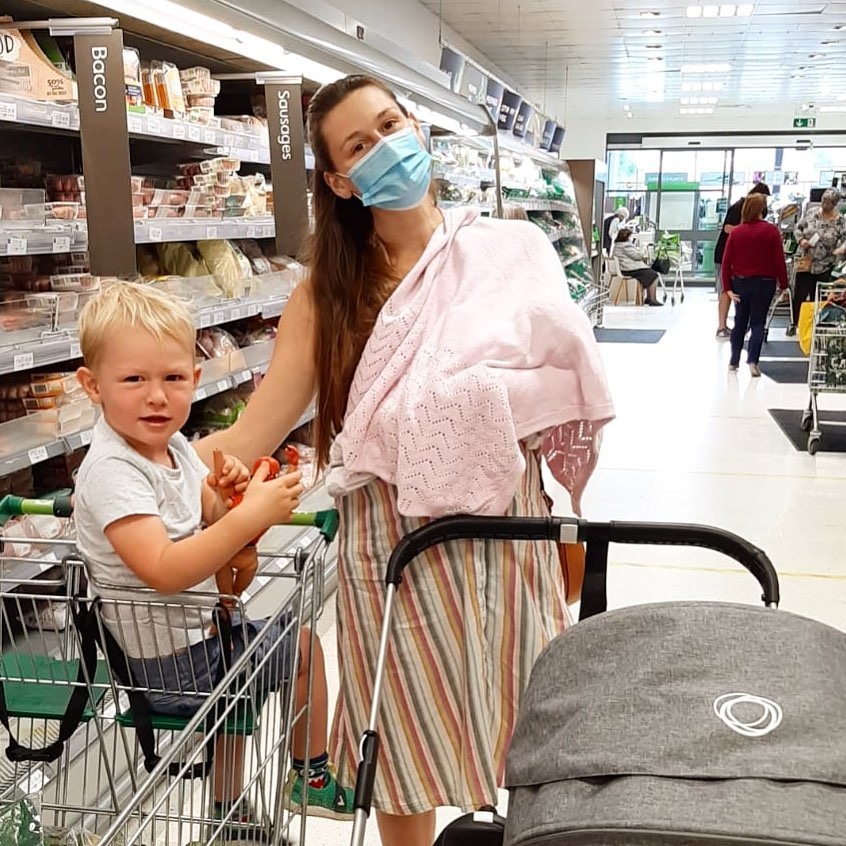 Ed said: "Filming allowing, I’ve had three commissions green lit for next year which is amazing because this year there hasn’t been anything, but it is all so Covid dependent.

"I think it’s safe to say that Argentina plan, we have spoken about it a lot and it hasn’t fallen off the table, so I think we might do a little road trip through Argentina to find a nice spot to potentially spend a couple of years. I think that would be a really nice adventure.

"We’ve not just got our three little ones, we’ve got my niece who’s 17 who lives with us too but she’s up for it, we just need to get her through her A Levels before we actually go."

Despite their urge to travel, the pair insist they don't take unnecessary risks with their kids.

Laura said: "Putting yourself in a really difficult situation is fine, but you don’t want to see a child in discomfort in any way.

"It just puts so many extra layers of pressure on you. If I see Ed hungry I’m like ‘tough s***, sorry’ but if you see your child hungry it’s like ‘oh God you can’t be hungry, I need to find something’. " 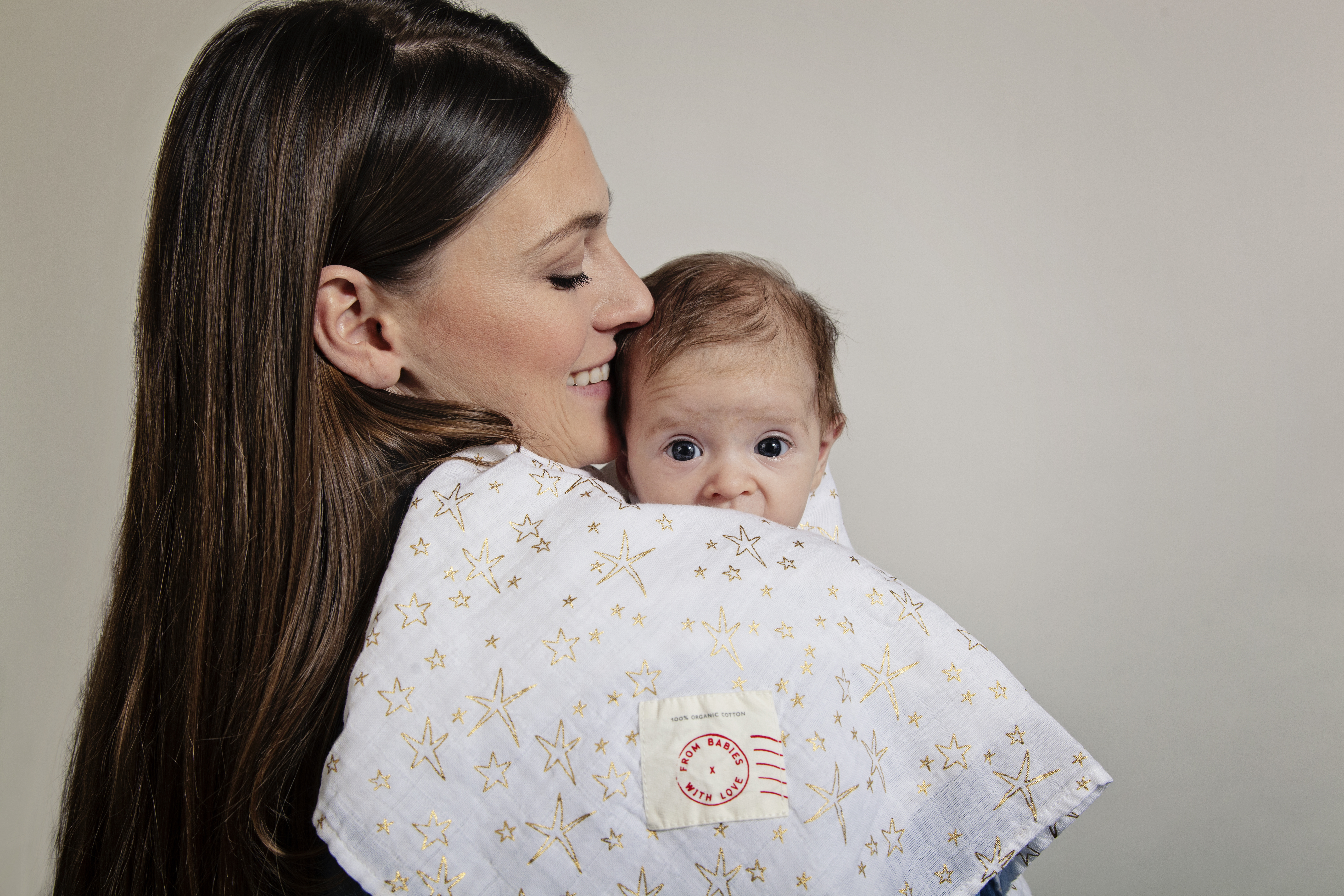 Ed agreed, adding: "It's not just life and death, it's comfort as well, because a child of that age can't make their own decisions so that's a huge responsibility.

"When we were in Indonesia, there was no bit of me that wanted to see Ran crying because he’s got salt water rash on his thighs. Then you start to question ‘hang on, he’s not chosen to do this’.

"A little bit of hardship isn’t going to hurt anyone. Ran got mosquito bites and salt water rash but they’re minor things and no-one’s going to take you to child protection over that.

"But you just want your child to be happy and comfortable, we'd be pretty rubbish parents if we didn't."

I’m not advocating that any family goes out and puts their kid in a deliberate situation where they haven’t got any food, but for us it wasn't irresponsible

The pair have received their fair share of trolling over their decision to take Ran on adventures with them.

Ed said: "The vast majority of reaction was positive but unfortunately it’s almost impossible, no matter how thick your skin is, to not remember the jibes, negative comments and trolling.

"This is going to sound arrogant but we’re not the average family, we have had a lot of experience on expeditions and in survival situations.

"I’m not advocating that any family goes out and puts their kid in a deliberate situation where they haven’t got any food.

"But for us I don’t think it was irresponsible because of the level of experience and the skillset we’ve both got. 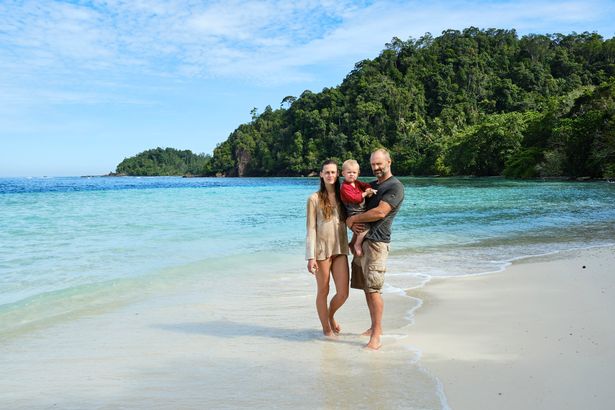 "It’s just TV at the end of the day, no-one wants to die for it.

"So I’d say what we did was very safe, I think it would have been more dangerous to go on a holiday to the Maldives quite frankly because we wouldn’t have had doctors on call for emergencies.

"If Ran had got stung by a stingray or something in the Maldives, that would’ve been far worse.

"I don’t think we were taking ridiculous risks actually, although it comes across like that because it’s a survival show on an island."

Ed and Laura were chatting as part of a partnership with From Babies with Love, a baby brand which donates 100 per cent of its profits to helping abandoned and orphaned children.

Laura said: "We’re parents with young children and in all of our travels and adventures we’ve seen a lot of children in poverty and what that looks like.

"We’ve seen firsthand how lots of children have to live and I just don’t think it’s very fair. If there’s anything we can do to help to ease any suffering then that’s just something I like doing.

"I want our kids to know how fortunate they are not just to live in the house that we do, but the country that we do too."