WHEN Charlotte Howden found out she was expecting her first child, she was thrilled.

But within weeks, the mum, from Southampton, began suffering from a rare pregnancy condition which left her suicidal and considering a termination. 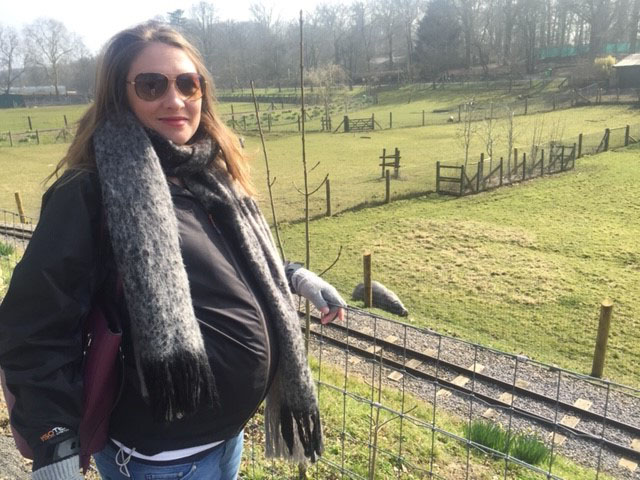 Curled up in bed, the room in darkness, I planned how I was going to kill myself. Severely dehydrated and exhausted from constant vomiting, my bedroom had become a prison. I couldn’t shower or brush my teeth – even a cuddle was unbearable.

Mentally, I was breaking down, suffering from hallucinations of dark, shadowy figures in the corner of my bedroom, and I believed death was preferable to the living nightmare I was trapped in. I was 10 weeks pregnant and although I didn’t know it then, I was in the grips of hyperemesis gravidarum (HG).

The condition causes extreme and prolonged sickness and affects 1-2% of mums-to-be –including the Duchess of Cambridge – in the UK each year. Just six weeks before, in late July 2015, I’d wept with joy as two lines had appeared on a pregnancy test.

My husband Will, 43, and I had been trying to conceive for 18 months, and finally I was pregnant.

I was seven weeks into my pregnancy when the nausea struck. By the end of that week I was bedbound. I couldn’t keep food or fluids down and all my senses were heightened.

Slumped at the top of the stairs, I screamed at Will to take his dinner outside because the smell was so unbearable, and even a light switching on was enough to make me vomit. 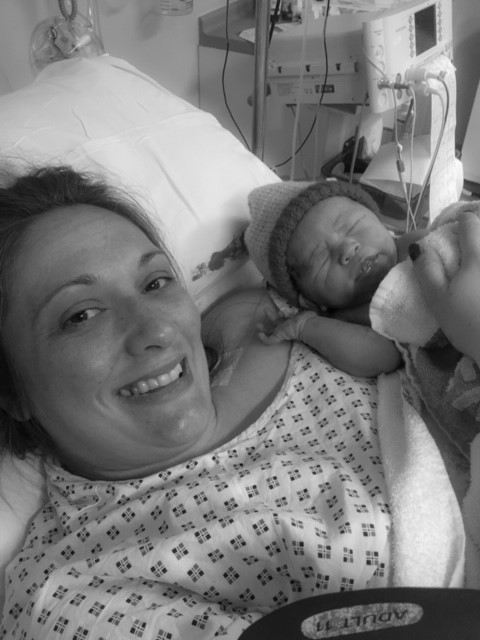 In desperation, I booked a private scan because I was convinced I must be having twins, and dragged myself out of bed to go with Will. What should have been an amazing first glimpse at our baby was overshadowed by despair. It wasn’t twins, and I was no closer to a reason behind my suffering.

It was Will who insisted on taking me to the GP. When she dismissed my symptoms as just “bad morning sickness” and sent me away with some rehydration powders, I was crushed.

It was impossible to take them because by now I was being sick up to 30 times a day, until there was nothing left to throw up but saliva and bile. At the time, I was working as a freelance consultant for an insurance company and had to stop as my sickness was so severe, but fortunately Will was able to support us financially with his job running a 3D printing company.

With no idea how I was going to get through the months ahead, it was impossible to feel any bond to the baby inside me. That’s when the suicidal thoughts began as I lay in the darkness, unwashed and in physical pain from vomiting.

The idea of living like this for months was so horrifying, I thought I’d be better off dead. I didn’t share these dark thoughts with Will, though, as he was already worried and I didn’t want to add to his pain. Also, saying it out loud would have made those thoughts seem even more real.

When I was 12 weeks pregnant, in September 2015, I was admitted to hospital with severe dehydration. With my mum Denise, 69, and Will at my bedside, I hit my lowest point. 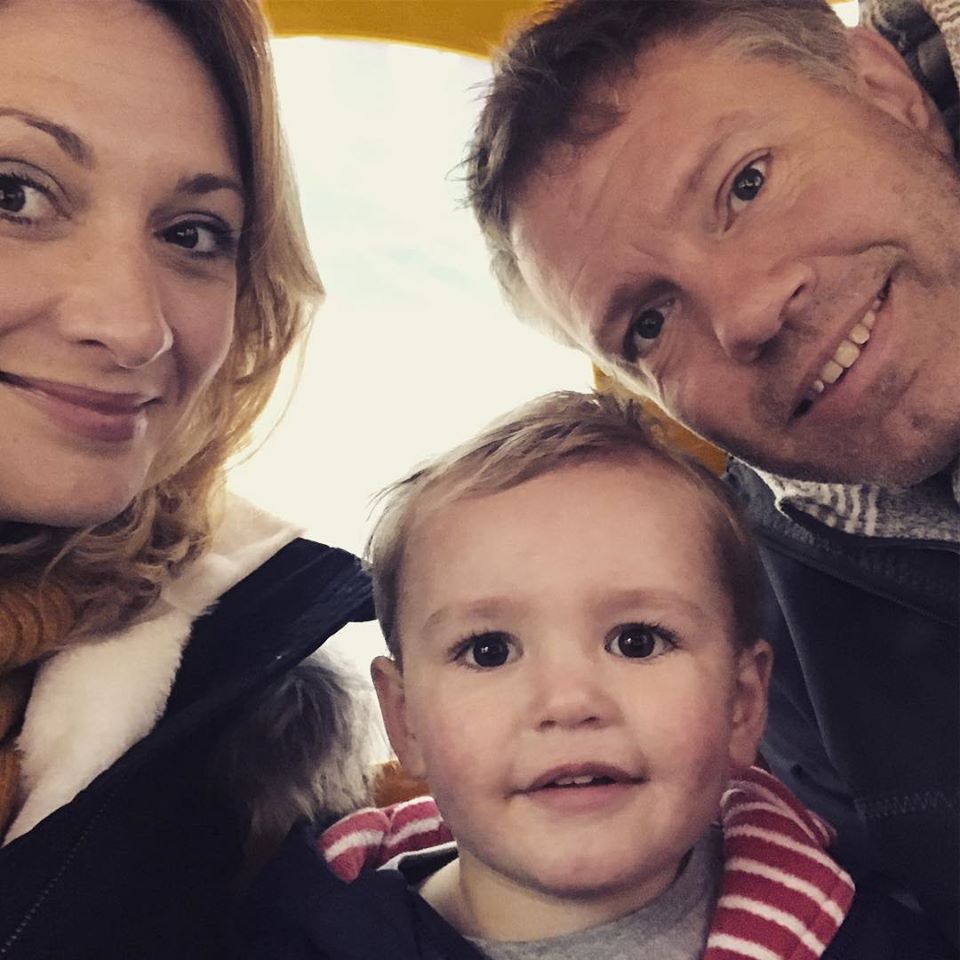 As I lay listening to the consultant talk about how they were going to rehydrate me, I looked at my mother and Will, and a moment passed between us.

I was so mentally and physically drained that I couldn’t take any more, and I needed them to tell me that it was OK for me to end my pregnancy. Mum nodded, and through his tears Will told me he understood.

“I can’t do this any more,” I told the consultant. I could hardly believe that I was asking her to end the pregnancy I’d wanted so much. But I knew I had not only my mum’s, but Will’s support, too. The consultant asked me to give her 24 hours, insisting she could help me, and reluctantly I agreed.

She arranged IV medication and fluids, and within 24 hours I was at home eating and drinking, nausea-free for the first time in five weeks.

The relief was indescribable, but within 12 hours I was violently vomiting again. For two months this horrific cycle continued because – I later learned – of a breakdown in communication between the hospital and my GP, who should have been prescribing me the same anti-sickness medication I was being given by IV, in tablet form.

Every time I was admitted, my symptoms would be brought under control, then I was discharged with nothing, and within a day I would be on my knees in front of the toilet again. 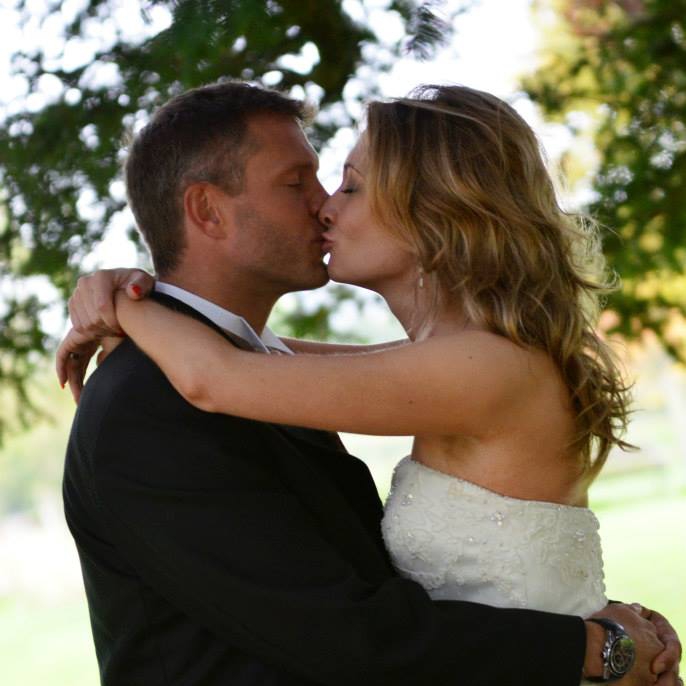 It was only after reading my hospital notes following one of these admissions that I learned I was suffering from HG.

Thankfully, as terrible as those weeks were, thoughts of suicide or a termination didn’t return. Knowing I had Mum and Will’s support if I felt I had to end the pregnancy gave me the strength to carry on.

I was 20 weeks, halfway through my pregnancy, when the miscommunication between the hospital and my GP was finally picked up and I was prescribed medication to take at home three times a day.

Almost as quickly as my symptoms had begun, they stopped. I had a bump, but otherwise was very thin. However, physically, I felt “normal” again.

Emotionally, though, it was a different story. I was desperate for the pregnancy to be over, haunted by the terror my sickness would return, and I had to take my medicine at the same time every day or I’d feel gripped by panic.

It was impossible to just draw a line under those awful months. All of the things I should have been enjoying, such as finally seeing my bump grow and getting the baby’s nursery ready, were overshadowed by my need to just get to the end. 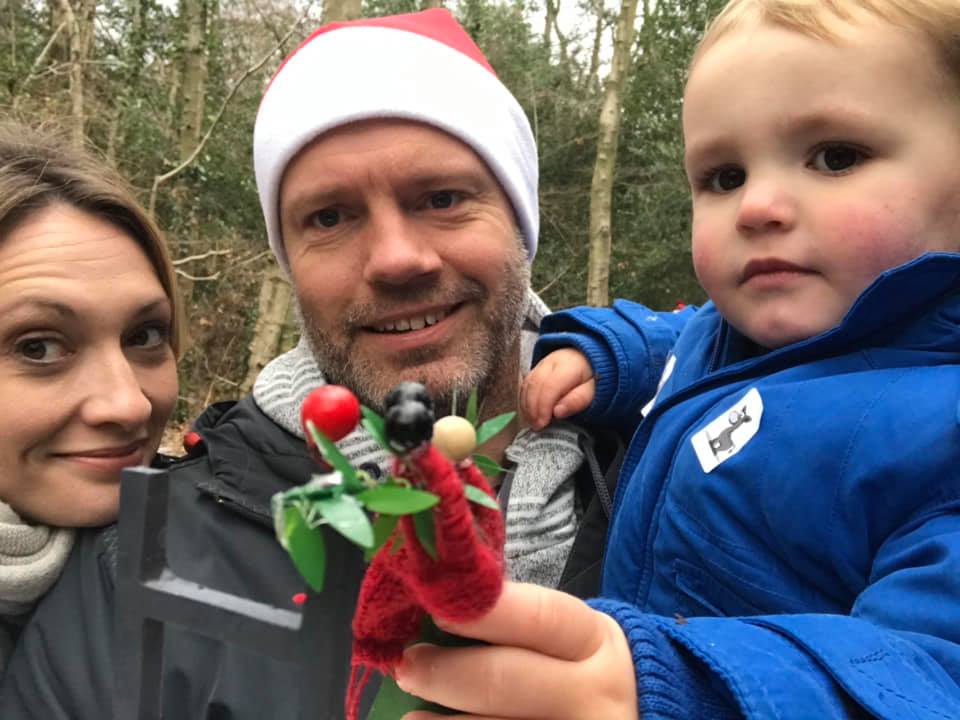 Our son Henry was born on April 16, 2016, a week late and weighing 8lb 6oz. Holding him in my arms, I was overjoyed and relieved I’d survived. When Henry was a baby, some people who’d known about my HG would say things like: “I’m sure it was all worth it now”.

But unless you’ve experienced the condition, it’s impossible to understand that the happiness a baby brings can’t erase the horror of your pregnancy, as well as how long-lasting the trauma can be.

From the day that Henry was born, I became obsessed with safety. Even a car journey or a walk with the pram would leave me crippled with anxiety that something was going to happen. I couldn’t bear for Will to put Henry on his shoulders when he was a toddler, for fear that he’d fall off and die. I saw risk everywhere.

Last year, I had counselling and was diagnosed with PTSD. Suddenly, so much of my behaviour made sense. No one expects having a baby to damage their mental health, but the diagnosis did help and now I try very hard to be more relaxed, not wanting to hold Henry back in any way.

Something I’ve also found therapeutic has been making The Sick Film, the first-ever documentary about HG, due to be released online on May 15. I hope it will help educate health professionals about the condition.

The saddest legacy of my pregnancy has been our decision that Henry will be an only child. HG can be worse in second pregnancies and there is no guarantee the drugs would be able to control it. The idea of me being so ill again terrifies us.

It’s very hard to admit your pregnancy was a nightmare, but I don’t feel ashamed or guilty saying that.

People are uncomfortable when women are anything less than grateful and glowing when they’re expecting. This pressure to pretend everything is perfect is what silences women with HG.

I want to help bring them out of the shadows.

For more info about the Sick Film go to @the_sick_film on Instagram.