SMELLY breath, rotten teeth and gum pain are the norm in more and more children – after a recent study found that a QUARTER of five-year-olds suffer from tooth decay.

But this bad dental health isn’t helped by a growing number of kids defying their parents and refusing to brush their teeth. 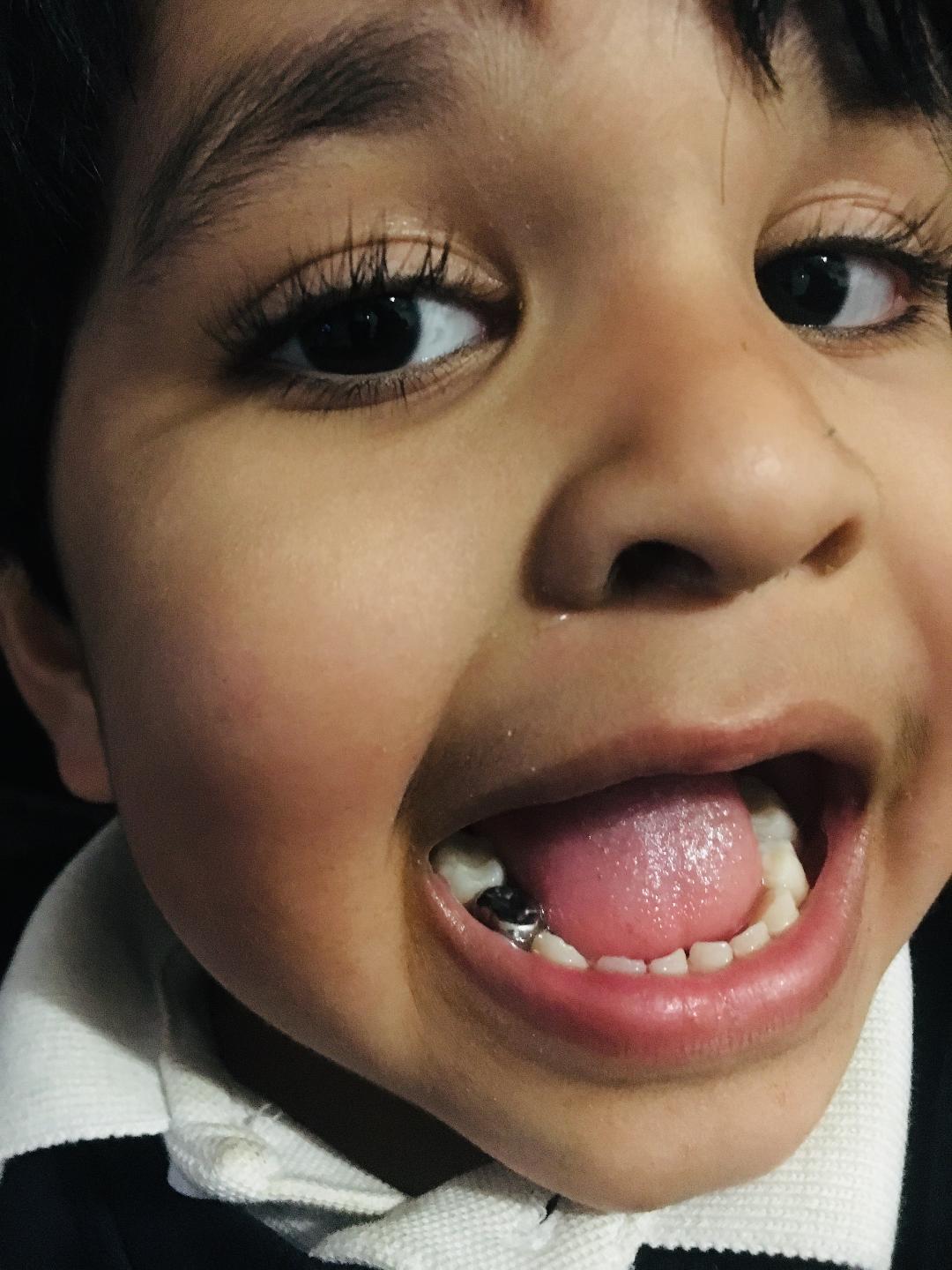 'All four teeth at the front were rotten. They weren't just black – they had cavities too'

Ruftia says: Khalil-ur is a really bright, bubbly, cheeky and mischievous little boy. He’s the prince of the family and at that age where he does get away with everything. 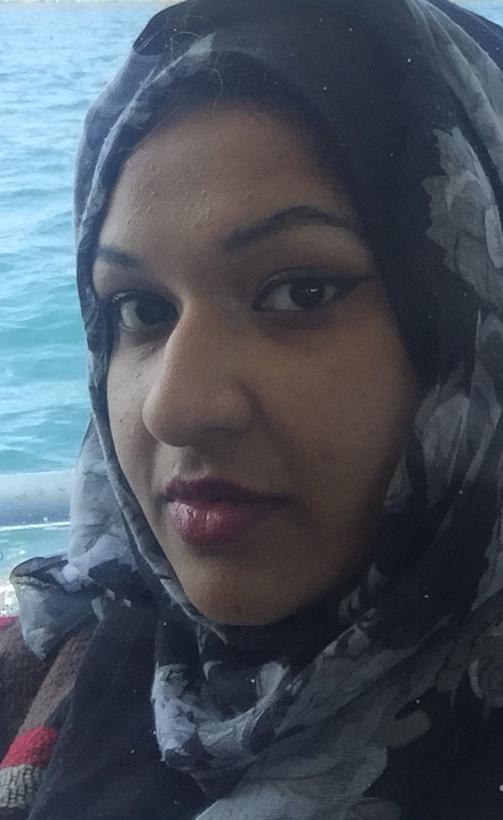 When I saw his teeth come through I'd use a finger to brush them and he would bite me. He wasn't a fan of his teeth brushed.

He was a late developer; I only saw the first tooth when he was nine months old. At 18 months his teeth were still coming through.

When he was two I noticed that his front teeth were going black. The decay was spreading in his front four, he didn’t have any pain but I knew he needed to see the dentist.

When the dentist saw the state of his teeth he said they needed to be extracted. 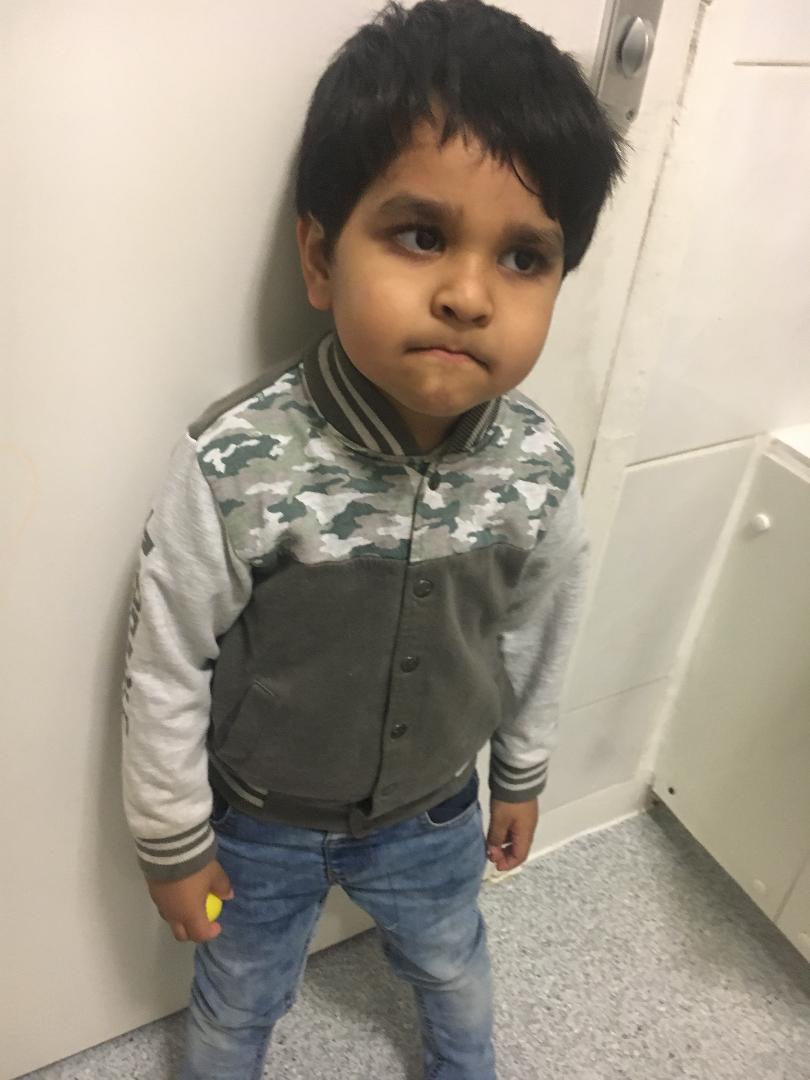 All four teeth at the front were rotten. They weren't just black – they had cavities too.

The dentist told us he needed them removed as soon as possible.

As he was too small to have it done under local anaesthetic at the surgery I had to take him to St Thomas’s Hospital.

He was only three and was very scared. He was knocked out with gas to have them removed.

He’s now also got three crowns on his baby molars – he’s proud of them and says he is a gangster! I told him he’d lose those as well if he didn’t clean them regularly. 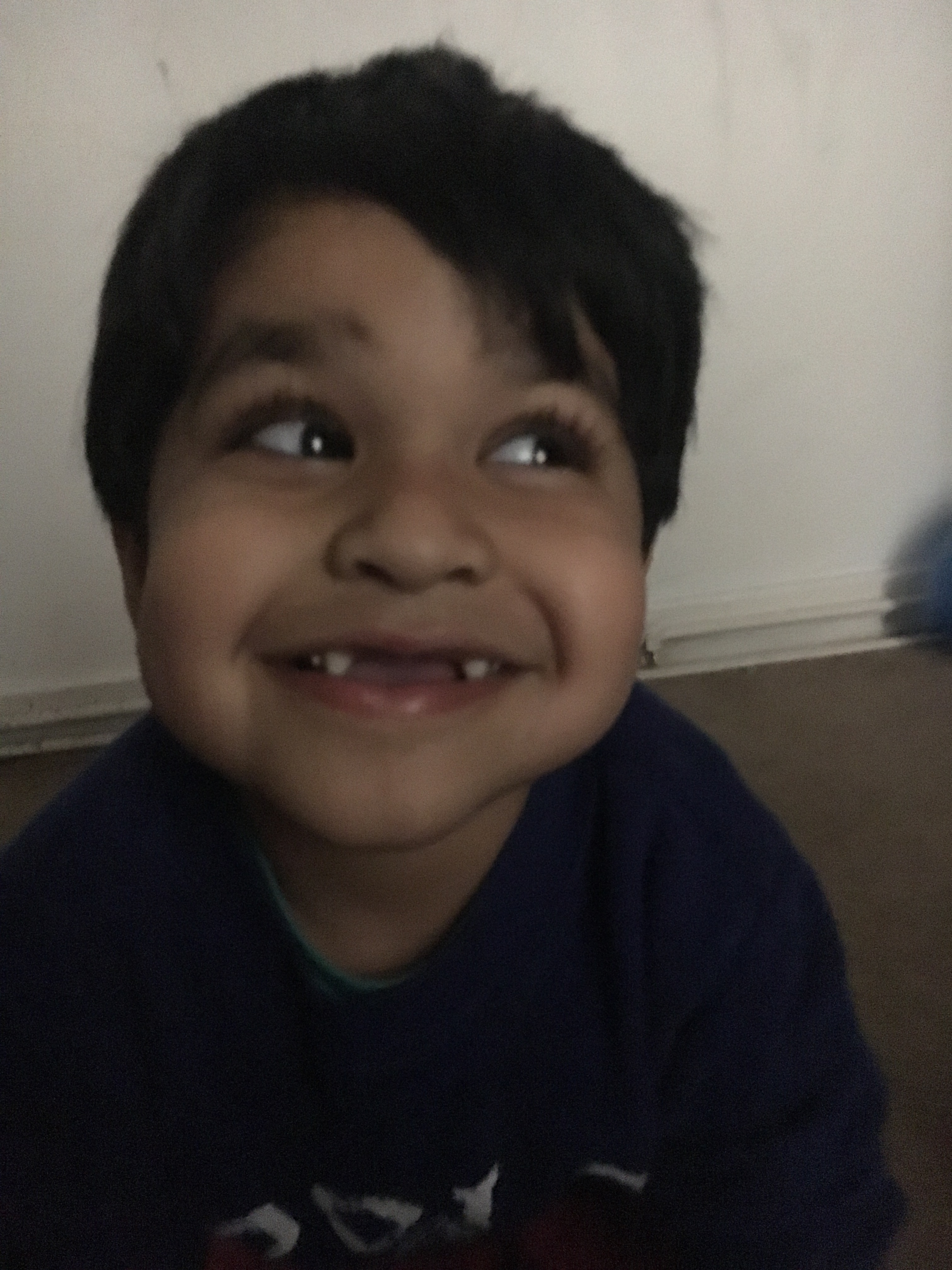 There are days when I struggle. I’m on my knees trying to hold him while I brush his teeth.

I blame the manufacturers – the taste of toothpaste doesn’t help. He hates the kiddies ones and the adult ones are too strong for him.

It is very frustrating. I’m not a bad mum. My three daughters brush their teeth without any problems.

He doesn’t eat badly. I do get ready meals from the supermarket but he has blended veggies. He loves noodles, meat and chicken. He is a good eater.

He likes his junk food though. He loves chips, pizza, and fried chicken. I’ll make my own version at home so I know what goes into the marinade.

I treat them all equally but he’s the only boy. Of course he is spoilt.

How to help children brush their teeth properly 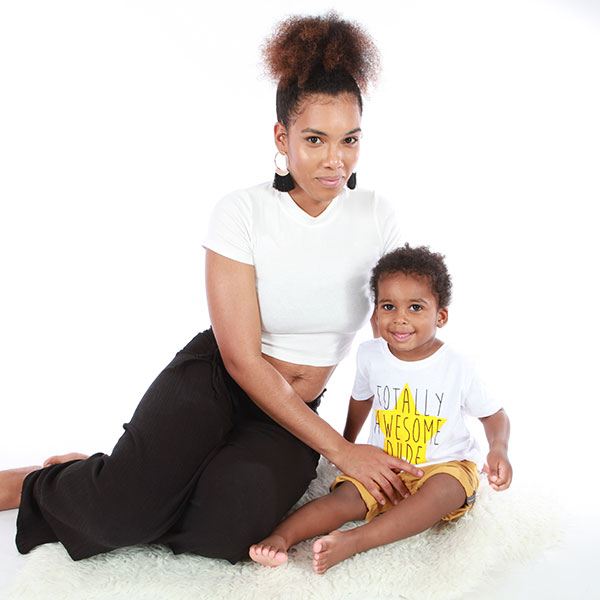 Alisa says:  I’m one of those mums very concerned about fluoride. I’ve read about the negative side effects of it and stopped using toothpaste with it in throughout my pregnancy.

I was worried it would cross the placenta and affect my developing baby’s brain. There are websites that outline the harmful risks of fluoride when a baby is in the womb.

That was enough for me not to use fluoride toothpaste. Instead I brush my teeth twice a day with Ecodenta, a natural one. I’ve never had any fillings or lost any teeth at all.

When Aiden was born he had a bit of flesh stuck between his gum and upper lip. It means it is painful for him to eat certain things. And when his teeth started coming through it really hurt him to have them brushed because of this excess piece of flesh – so I didn’t bother. 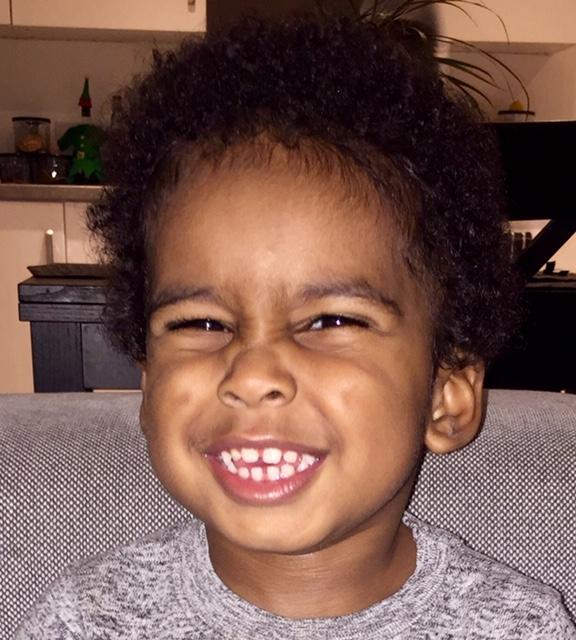 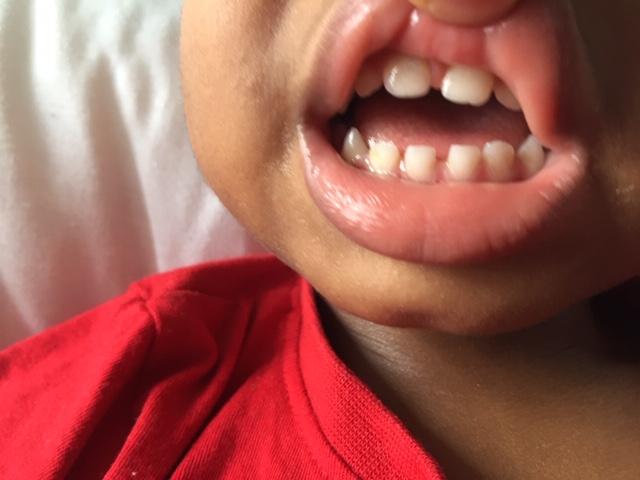 Aiden has a pretty well balanced diet but like every other child has sweets and treats.

When he turned 18 months I did think I should start trying to brush his tooth using regular fluoride toothpaste and a brush but when I did I noticed he had lines across his teeth. I was horrified. I spoke to my doctor who said it 'could’ be fluoride causing it.

That's why I refuse to use traditional shop bought toothpaste as part of my son’s dental hygiene routine. All my worst fears were realised.

To clean Aiden’s teeth I use a washcloth and some coconut oil or sometimes just water.

He has tantrums when I attempt to clean his teeth. Like most toddlers he is not a fan. My partner has to hold him down while I try to wipe them down.

We haven’t been to the dentist yet. We are going for his first appointment in April. Even though his teeth aren’t brushed regularly I don’t see any problems. He doesn’t have any pain. None of his teeth have fallen out or gone black.

But my son won’t be having any fluoride toothpaste in his mouth nor will he use a toothbrush on his teeth for the foreseeable future.

"His teeth are yellow and it does plays on my mind" 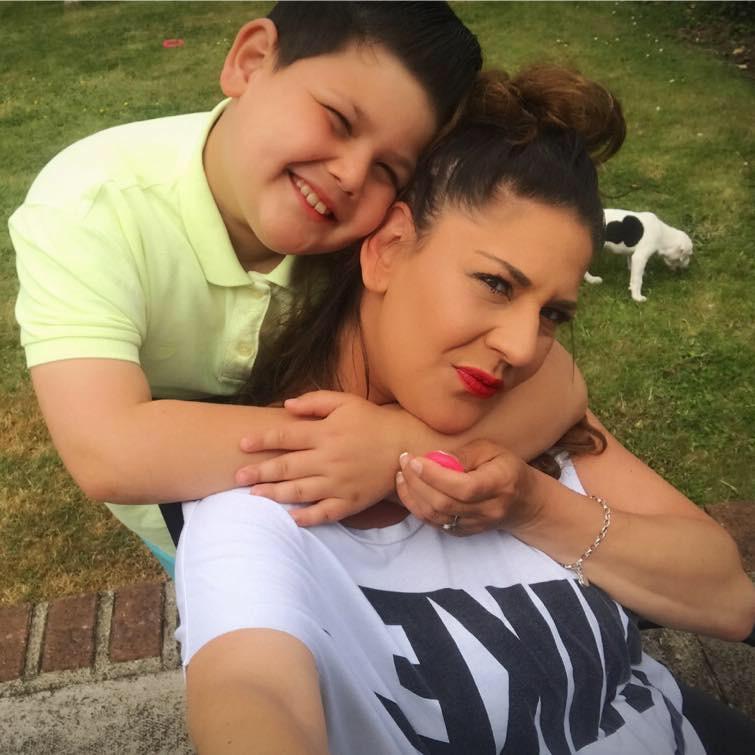 Laura says: I love my Sammy but I am the first to admit he is lazy. He never ever brushes his teeth.

He is a typical tween and finds one excuse after the other – like saying he can’t find his toothbrush, or he doesn’t like the flavour of the toothpaste.

My daughter is only two and will happily brush her teeth. Not Sammy! I wouldn’t mind but his older brother has gorgeous pearly white teeth. You’d think Sammy would want the same – nope.

Sammy has still got his baby teeth. The dentist told me that's because his gums are strong and are holding on to them. But 12 is quite old for them not to have fallen out yet. It does worry me. We go to the dentist every six months and Sammy, like most kids, hates it. 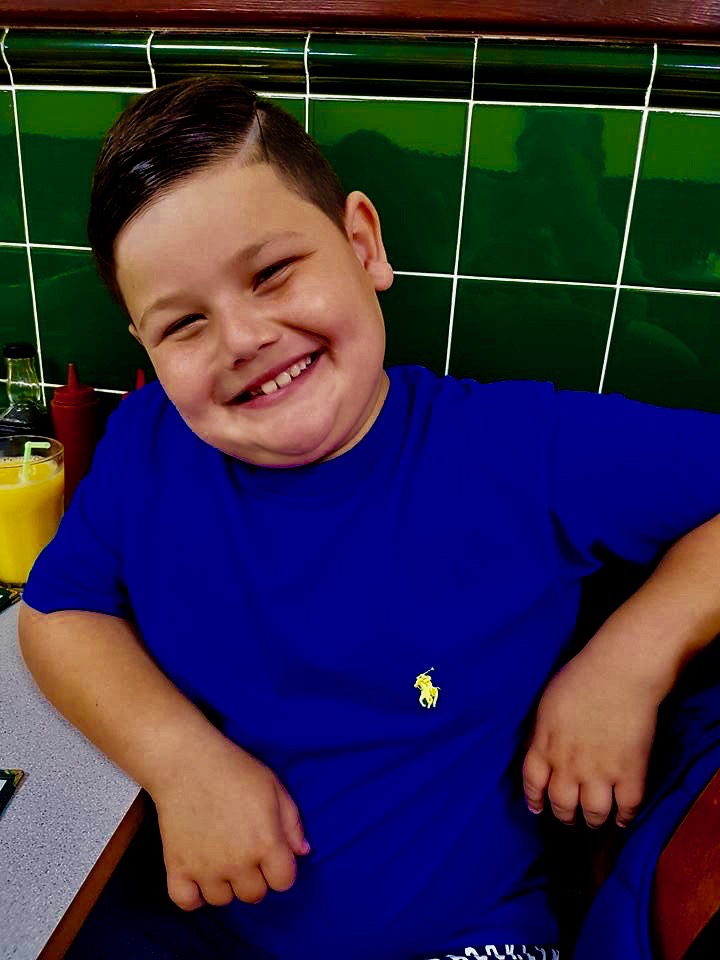 I don’t let him have any fizzy or soft drinks. My Sammy loves a cup of decaffeinated coffee though.

His teeth are yellow and it does plays on my mind. I know that yellow teeth are a result of poor dental hygiene.

The horrible colour is caused by a build-up of plaque that turns into tartar.

Is it the coffee he loves to drink? It could be. But then Sammy also loves other stuff that could be causing the discolouration. He is partial to chocolate mousse, he loves crisps and spring rolls, too. Sammy does have a very sweet tooth, this can only be why his teeth are so yellow.

I think boys just don’t like brushing them do they?

The yellow colour might not bother him now – but it will when he is older. He just won’t listen though. 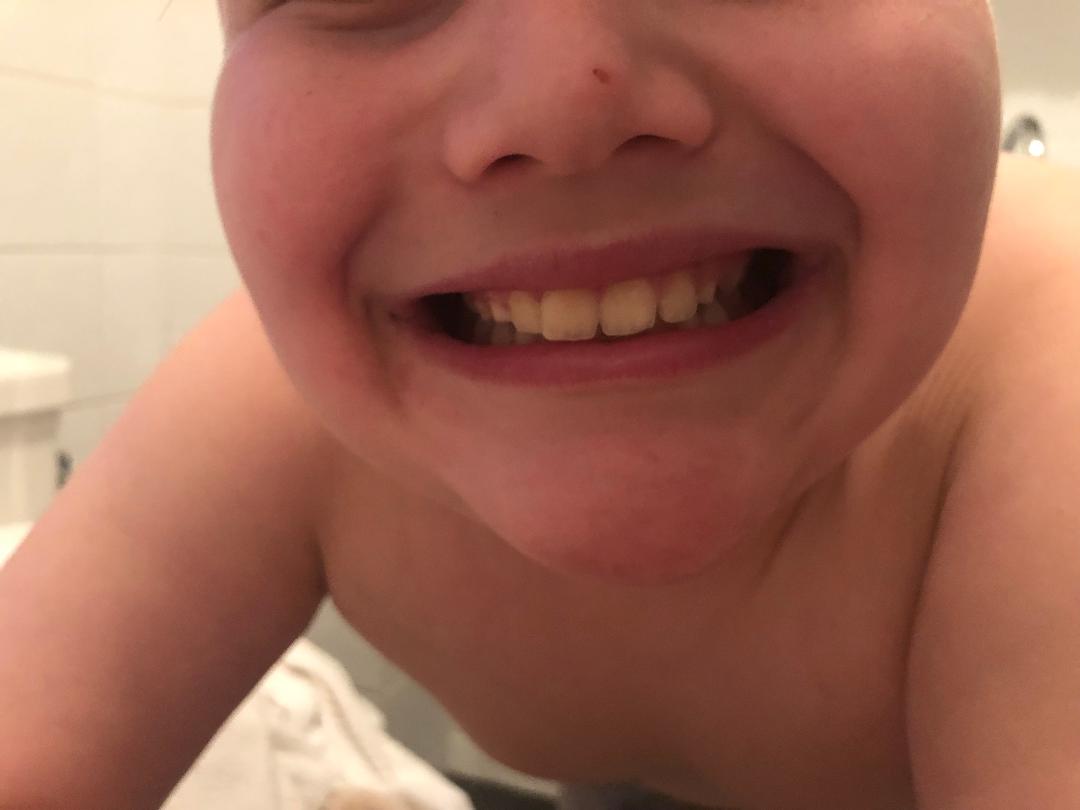 “It’s absurd in this day and age for someone not to want to brush their teeth for a number of reasons.

For a start daily brushing and cleaning between your teeth is important because it removes plaque. If the plaque isn't removed, it continues to build up and causes tooth decay and gum disease.

We’ve seen cases of individuals with such severe cases they've needed a number of teeth or all their teeth removed and replaced with implants and dentures.

It’s only a matter of time before the damage of failing to brush their teeth twice a day and flossing regularly will become apparent in the dentist’s chair.

There are some foods which help keep plaque at bay and rinsing our mouths with water also helps, but these don't do the job of proper brushing with toothpaste containing fluoride which fights plaque.

Bacteria in the mouth that isn't brushed away can also push immune systems into overdrive and cause a number of problems in other parts of the body, such as bacteria under the gum line causing infections."

Meanwhile, these women haven’t brushed their teeth in years – and think you should stop looking after yours.

And, shocking pictures reveal how Prosecco can rot your teeth and turn them into chalk-like powder.