A MUM whose two eldest children need life-saving kidney transplants will have to choose which child she donates her organ to after doctors found she was a match.

Sarah Bingham, 41, has been left with an impossible decision and said all she wants to do is “spare her children any pain”. 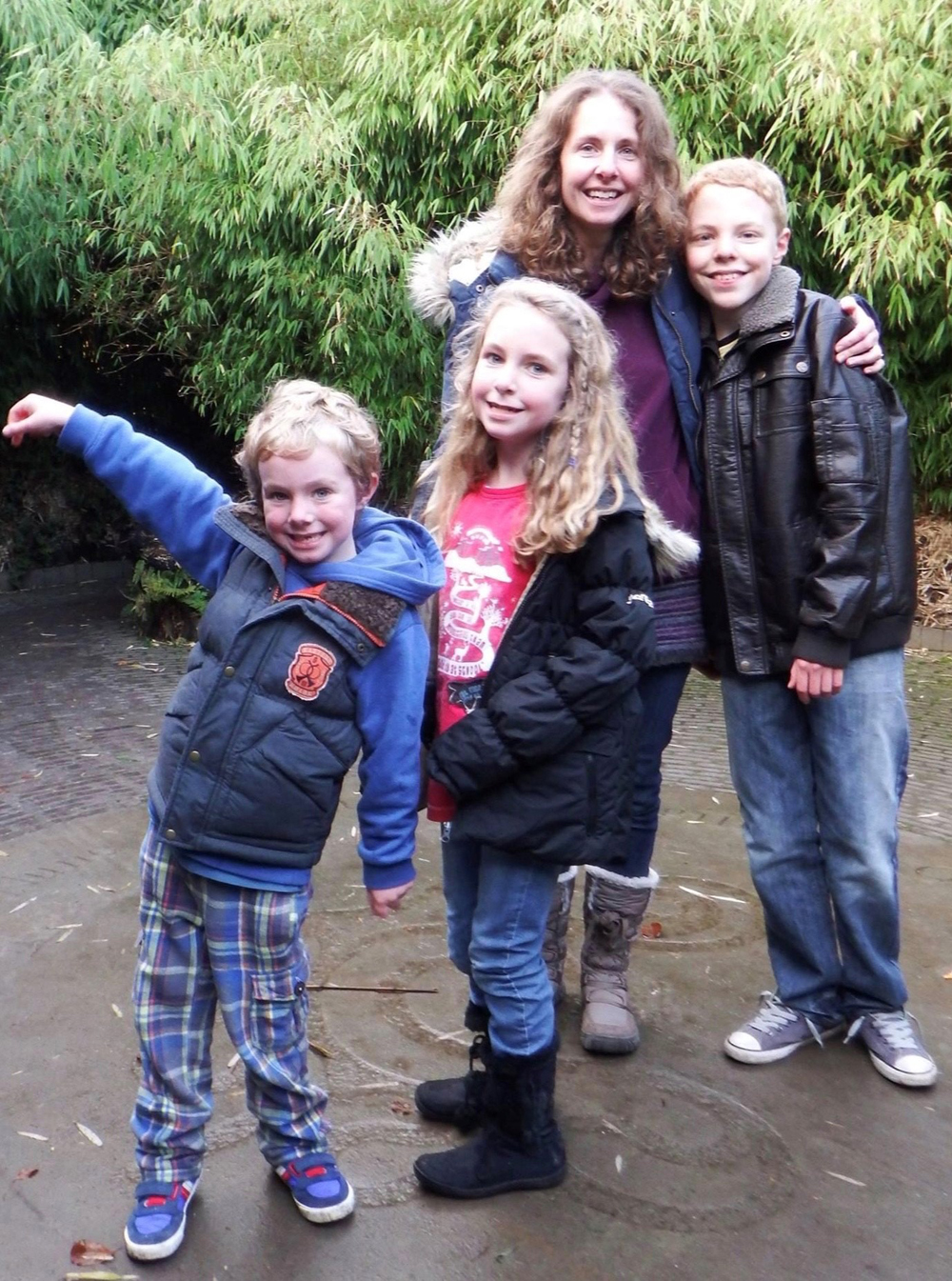 For the last four years, Sarah, along with her husband Darryl, 49, a chartered surveyor, and their children Noah, 20, Ariel, 16 and Casper, 12 – have faced a whirlwind of tests and hospital admissions.

All three children have autism, but Noah and Ariel have a gene which causes nephronophthisis – a kidney disorder that impairs the organ’s function.

Noah is completely reliant on dialysis and Ariel’s kidneys are functioning at 17 per cent.

Both desperately need a transplant.

Sarah, who lives with her family in Northumberland said: “It was really hard knowing that both my children needed a kidney, but I only had one I could give. It was an incredibly hard decision to make and nobody can make it for you.”

“As a mum, you naturally want to do all you can to spare your children any pain.” 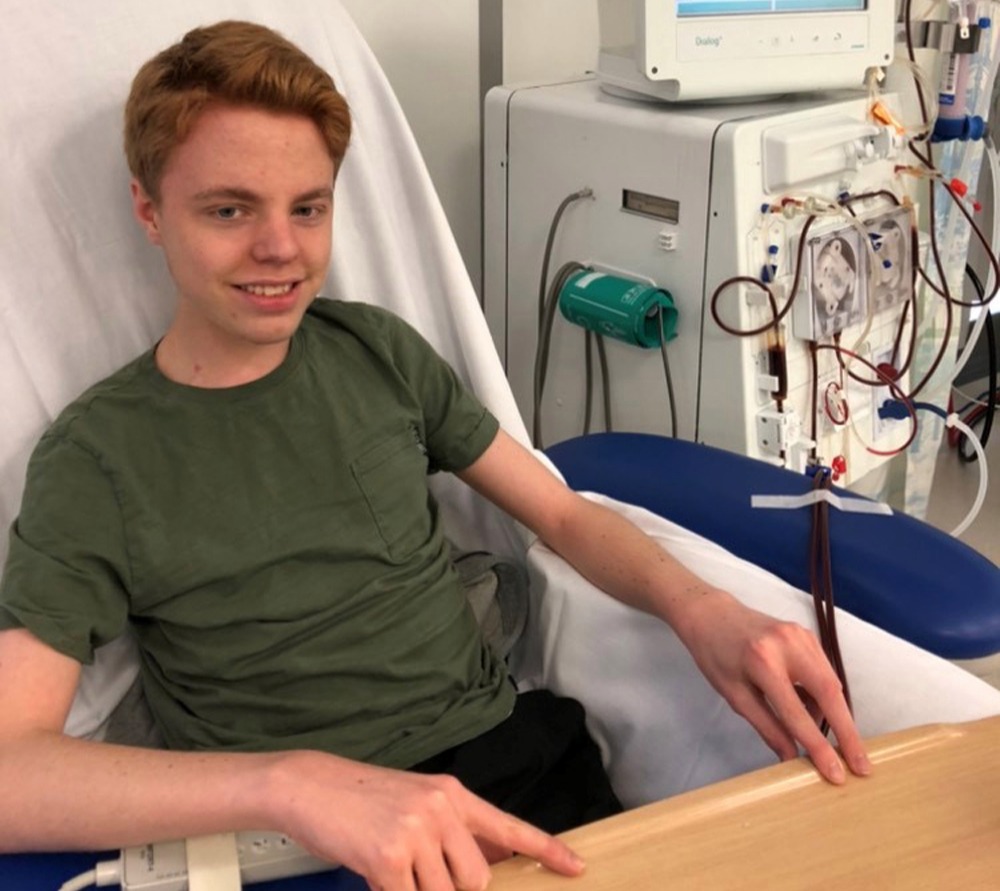 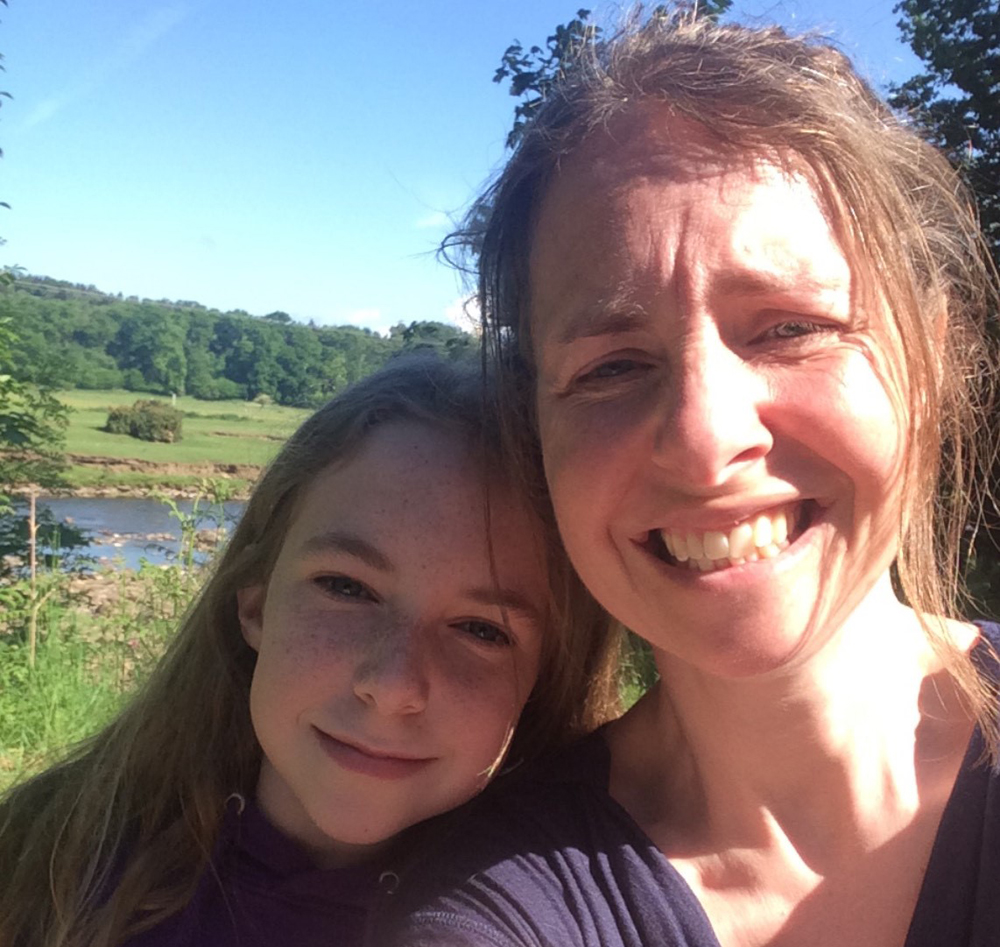 The nightmare started for the family back in 2016 when Ariel was just 11-years-old.

Ariel had started to fall behind at school and was increasingly tired.

Sarah said: “She was really struggling. The symptoms were quite subtle, but looking back, knowing what we do now, we can see that her kidneys were declining.”

The family decided to home school Ariel and in July that year the youngster started to experience stomach pains.

Sarah added: “I took her to the doctor, who prodded her tummy and she nearly leapt off the table in pain.

“From there, we were taken to Newcastle’s Royal Victoria Infirmary and Ariel was admitted right away.

“It was such an overwhelming and frightening time.” 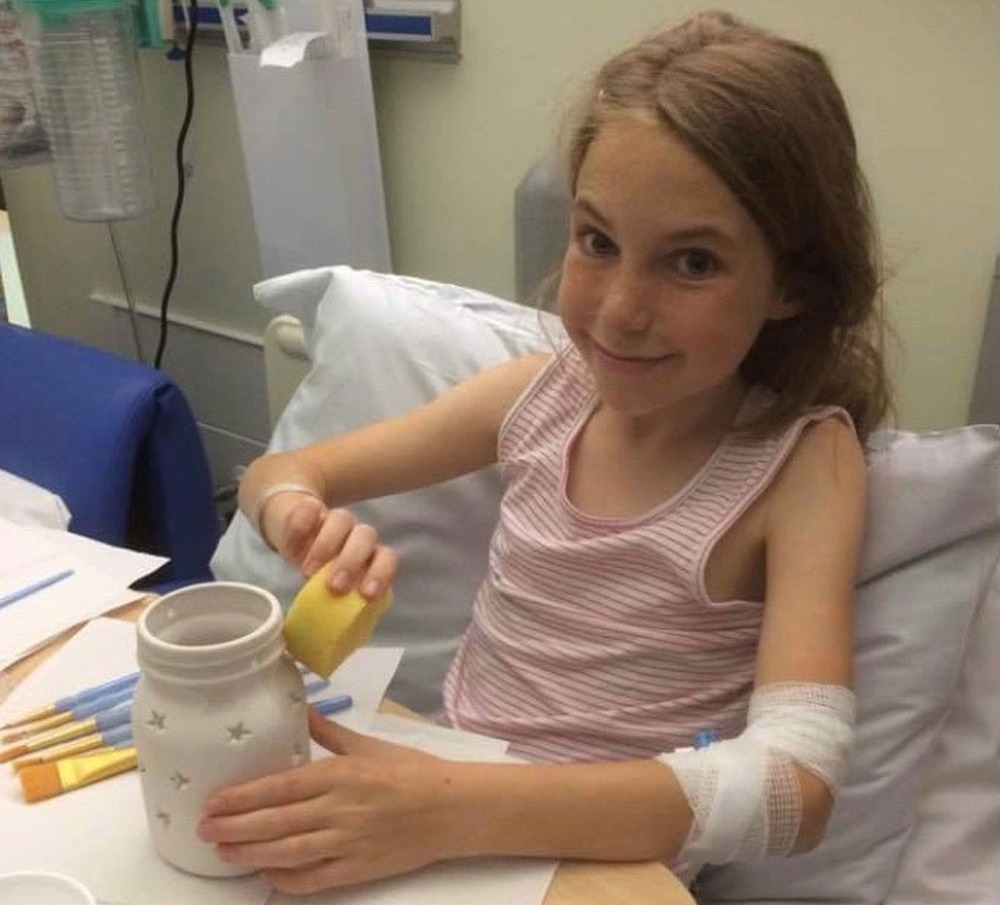 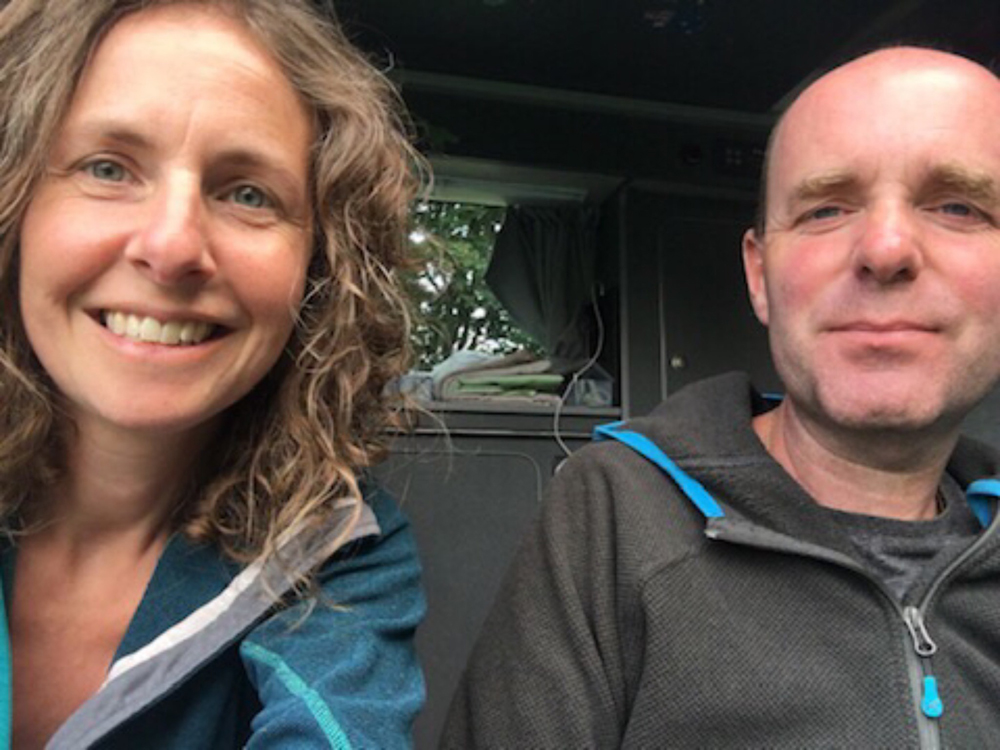 Tests found that Ariel's kidneys were functioning at 25 per cent, but experts had no explanation.

Ariel was given a kidney biopsy, the results of which found that the majority of nephrons – the part of the organ that regulates water – were irreparably defunct.

“I said to the consultant, ‘What’s the worst case scenario?’” recalled Sarah. “He said that Ariel would one day need a transplant.

“That word was mentioned very early on, but it was impossible to say when she would need the transplant. Kidneys can decline and then plateau – it’s a very uncertain world to be suddenly plunged into.

“I was trying to weigh up everything I was being told and imagine what my daughter’s future would be like.”

The family did not know the condition had been caused by a genetic disorder called homozygous deletion of the NPHP1 gene until 2020, when they had their blood tested by the 100,000 Genomes Project, which looks for genetic links to rare diseases.

When Ariel was diagnosed – both Sarah and Darryl took tests to see if they could be donors.

Darryl had a different blood type but Sarah was a match and it was agreed that when Ariel needed the transplant, Sarah would be the donor.

She said: "Of course, with so many moving parts, donating a kidney is not straightforward and there are so many reasons for it not to go ahead,” she said. “But, once I knew I was a match, we had a plan in place that I would donate to Ariel when she needed it, if I passed all the rigorous tests.

“At that stage, we had no idea that Noah also had the gene deletion and would one day need a new kidney, too.” 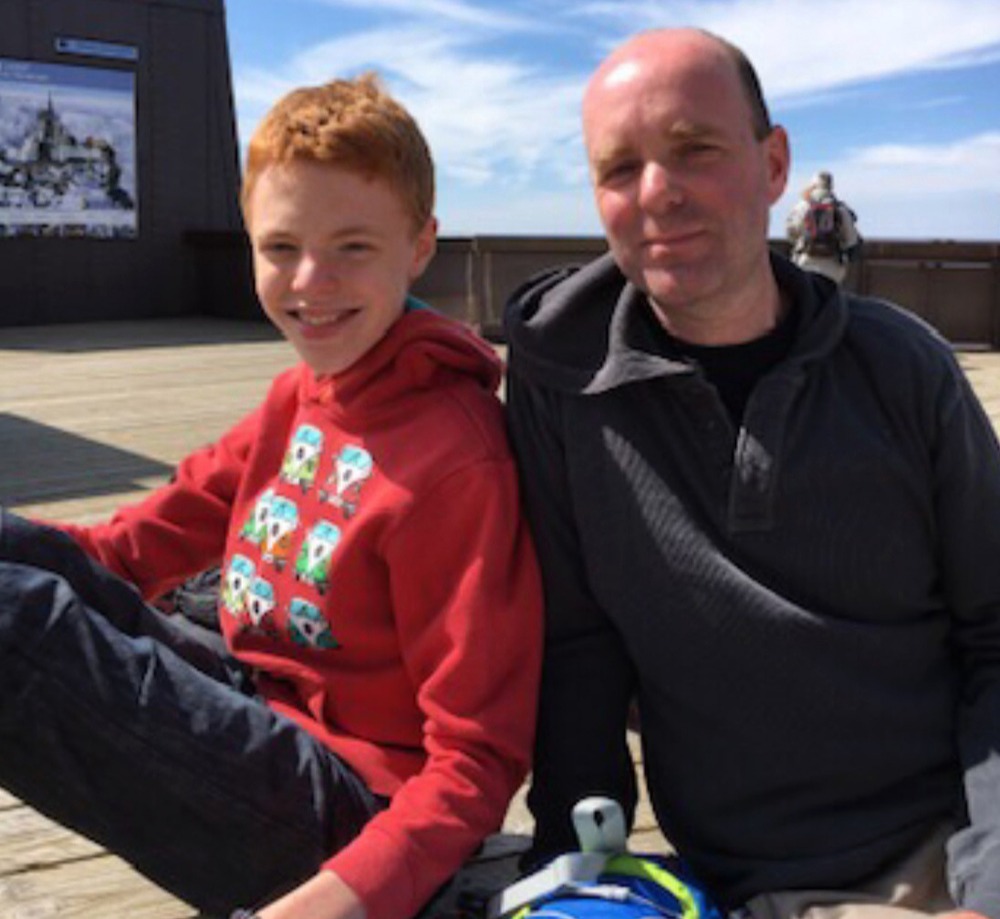 Nephronophthisis is a disorder that effects the kidneys and is characterised by inflammation and scarring which in turns stops the kidneys working properly.

The abnormalities lead to issues such as an increased need to urinate, tiredness and fatigue, weakness and excessive thirst.

According to John Sayer, Professor of Renal Medicine at Newcastle University, the condition affects roughly one in 100,000 people.

Its consequences are childhood kidney failure, usually at around 13 years old.

There are about 20 known genetic mutations that can cause it.

The chances of having the gene deletion that Noah and Ariel do is around one in 500,000.

Nephronophthisis is genetic, so children are born with it and there is no preventative treatment.

The family got used to normal life – but knew that one day both mum and daughter would have to undergo operations.

In 2019 history started to repeat itself when Noah also started to struggle at school.

Sarah said: “It was totally out of character. He was very fatigued and pale, and wasn’t eating properly.

"At the time, he was doing his A Levels. Due to his autism, he has high levels of anxiety, so we thought it was perhaps the stress of his exams.”

'I FELT SO HELPLESS'

Just days before he was due to start studying at the University of Central Lancashire he started being violently sick.

She said: “He was really shaky and turned almost yellow,” said Sarah. “I took him to the doctor’s and he collapsed on me on the way in.

“I managed to put him over my shoulders and get some help. We were taken straight to hospital, by which time he was in horrendous pain and throwing up blood.”

Tests revealed that Noah had high levels of creatine in his blood – this is usually filtered out through the kidneys.

Within a few hours, he had been sedated and placed on emergency dialysis.

“I dissolved into tears, I felt so helpless,” said Sarah. “A kind nurse picked me up and took me for a cup of tea.”

“Because Ariel had shown signs of her condition in pre-teens and Noah was older, everybody – including doctors – thought he was out of the woods and was unaffected.

“It was all such a shock, but at the same time, I think on a subconscious level my motherly instincts knew what was about to happen.” 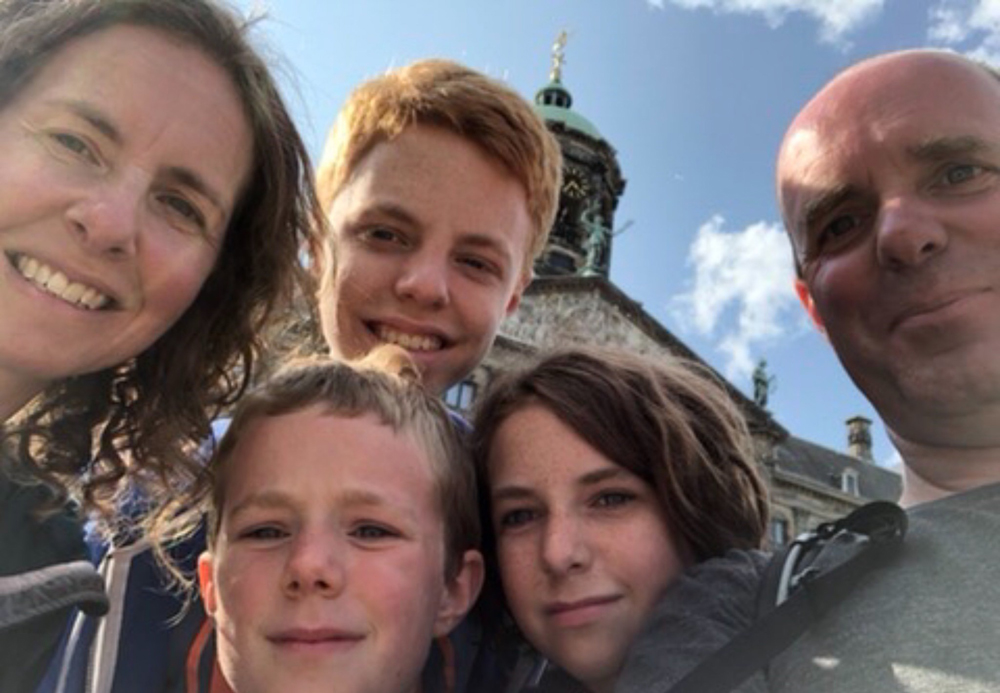 Doctors confirmed that Noah was suffering with the same issue as his sister – nephronophthisis.

He remained in hospital for two weeks and after he was discharged he returned three times a week for four-hour long haemodialysis sessions.

Noah is on dialysis at home and while Ariel was able to avoid this – both are on a cocktail of medication.

In July 2020, Noah was also found to have gastroparesis, where the stomach does not empty properly, which has caused bouts of vomiting and seen his weight plummet.

Both still need a transplant.

By chance, one family friend, who wants to remain anonymous, was found to be a match for Noah – meaning that if everything goes to plan then one of them can donate the kidney to him, while Sarah gifts her kidney to Ariel. 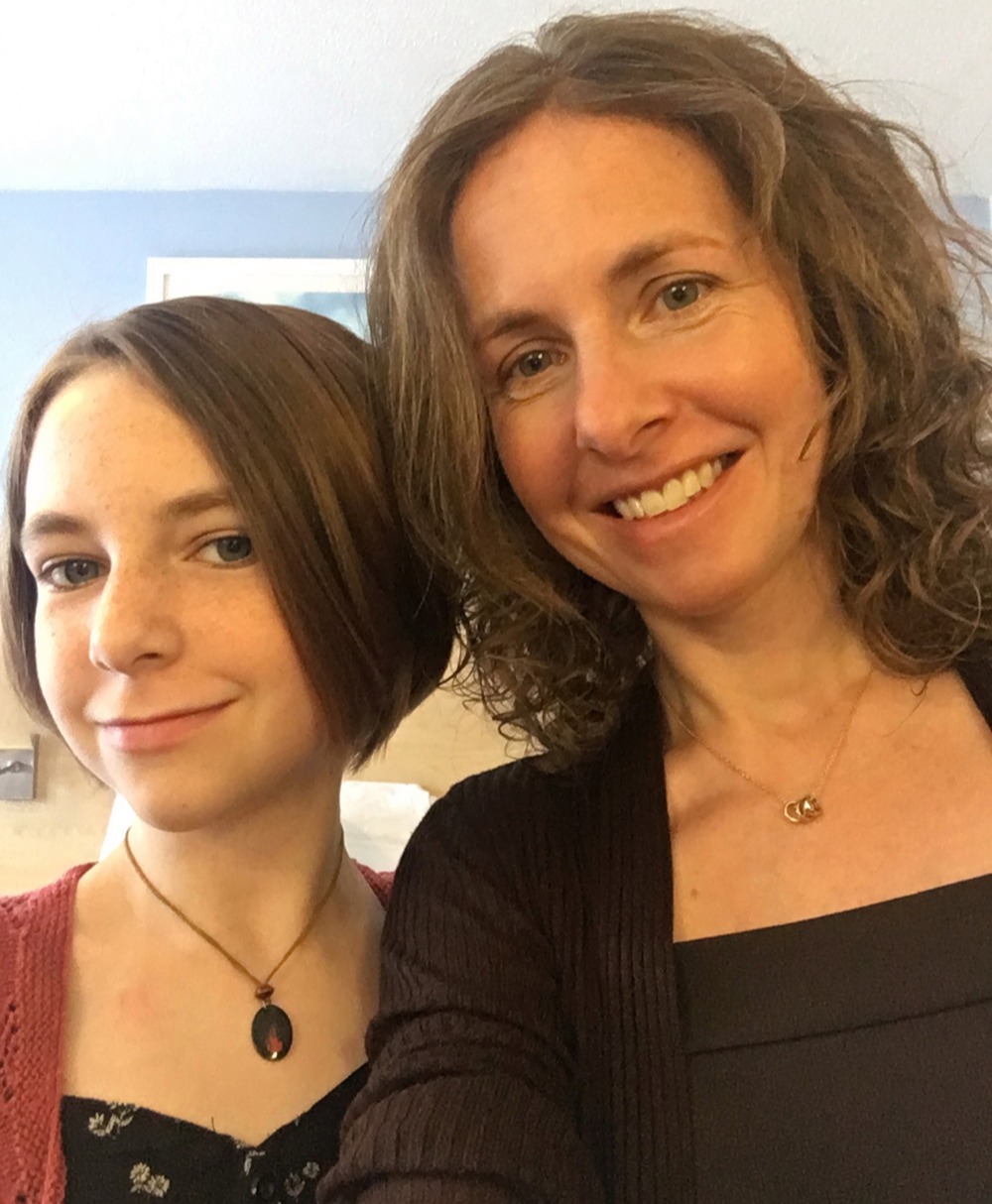 Sarah said: “Because the children have autism, they can struggle to understand how the world functions, but we explain everything to them in our own way,” she continued.  “Our reality has become normal to us now, so it can be difficult to pick out exact things that they can and can’t do.

“It can be a struggle to get them to eat, so they are monitored by dieticians, and they both have insomnia, too. Their condition means they both get really itchy skin and have to take antihistamines and use creams.

“They find it really anxiety-inducing that they are both facing major surgery, especially as one has to go first. Whoever goes second will see what is ahead for them, which can be really frightening.” 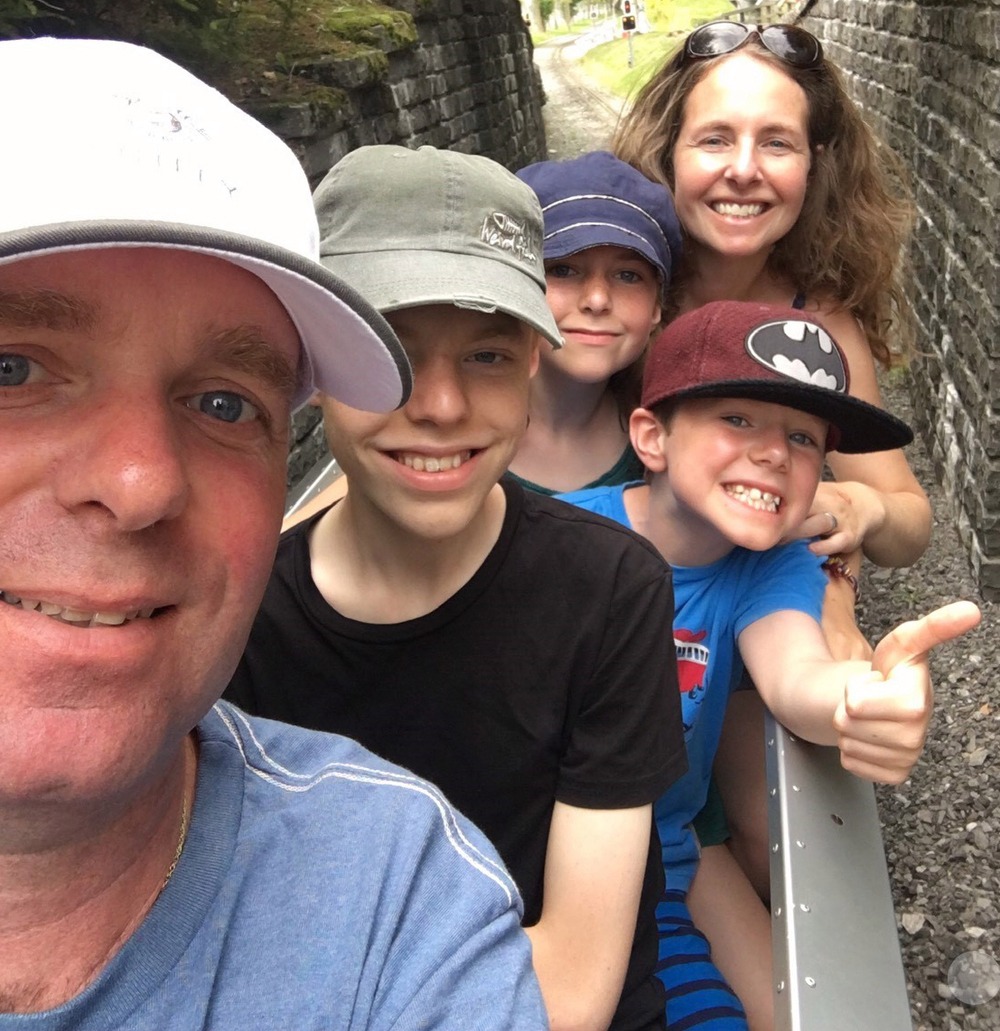 In order to raise money for Kidney Research UK and to help others like Ariel and Noah, Darryl is taking on a Christmas challenge and will run 12,000 steps a day for 12 days.

Sarah said: “I can’t put into words how it feels to know that there are people willing to put themselves on the line for our children. The support we have had from our friends, family, neighbours and church has been incredible.

“We would’ve crumbled to pieces had so many amazing people not rallied around us.

“We had people bringing us food, doing our washing, helping with childcare – all sorts. When we’ve been going through the worst times, most days I’d open the front door and some kind soul would have left us some flowers or chocolate on the doorstep.”

She added: “Now, we want to raise money for Kidney Research UK – and the amazing work they are doing – to pay forward the kindness we have received.”

“This year has been really hard for everyone, and we’re grateful for supporters like Darryl for wanting to support Kidney Research UK and fundraise to help us in the fight to end kidney disease.”

“Step into Christmas is our new campaign and we’re asking everyone to complete 12,000 steps for 12 days, host a Christmas Quiz or join us on Christmas Jumper Day. You can sign up and find out more here.”