A FORMER glamour model who ‘idolised’ Katie Price jetted to Turkey to have a deadly Brazilian Butt lift at the same discounted clinic she visits.

Liz, 32, opted to have liposuction on her lower and upper legs, upper back and stomach, as well as having the risky Brazilian Butt Lift (BBL) – but she was talked out of getting lipo on her arms. 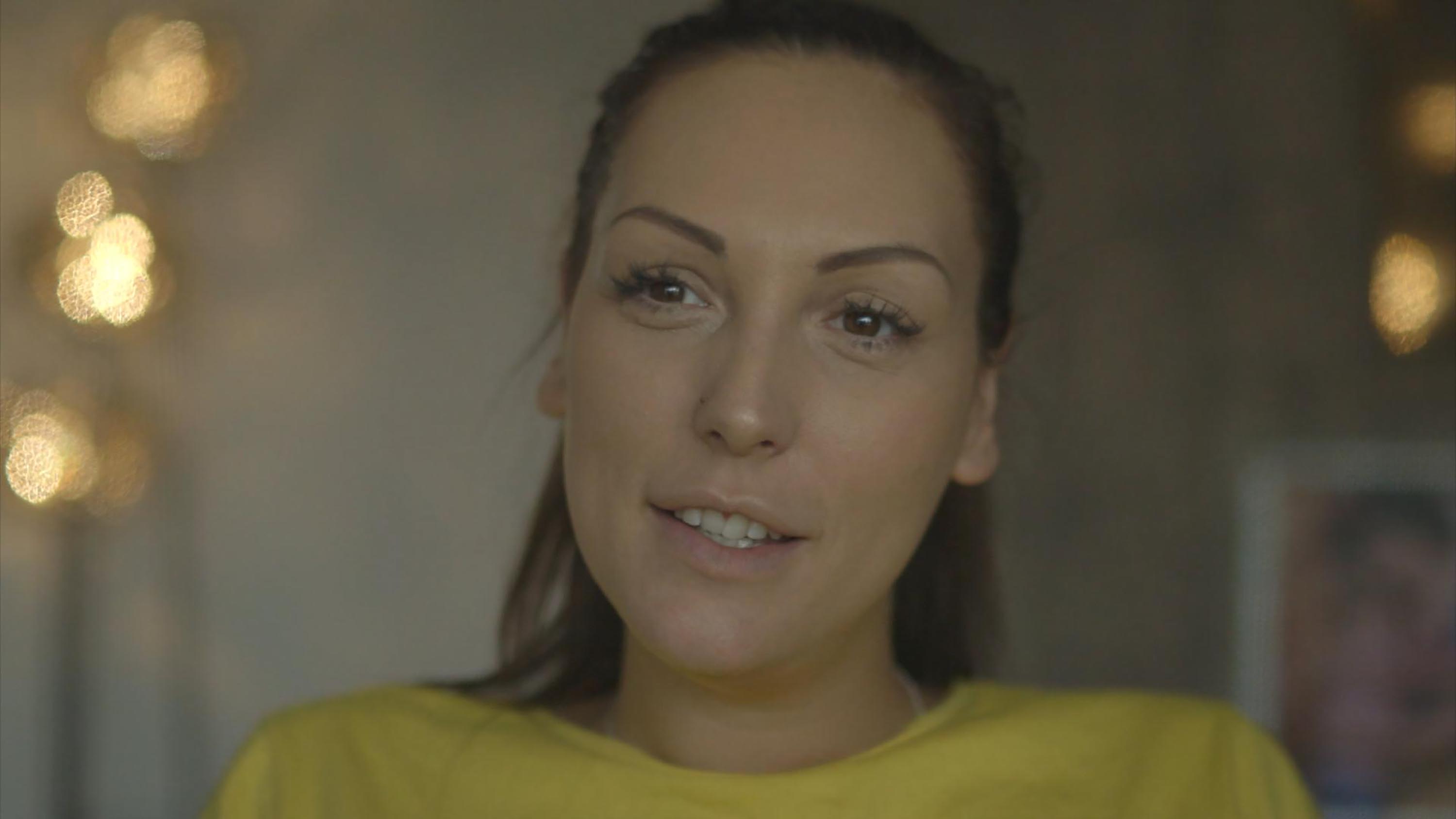 The mum-of-three splashed out £3,750 on the procedures, jetting to Istanbul’s Comfort Zone clinic – where Katie Price went for her surgery.

Liz, who runs a beauty salon in Wigan, appeared on Channel 4’s Sun, Sea and Surgery, which documented her journey.

Liz, married to professional rugby player Tony Clubb for 13 years, revealed she used to be a glamour model in her younger days, posing topless and doing risqué shoots for lads mags.

She said: “In my late teens my idol was Katie Price and Jodie Marsh because of all the glamour modelling. 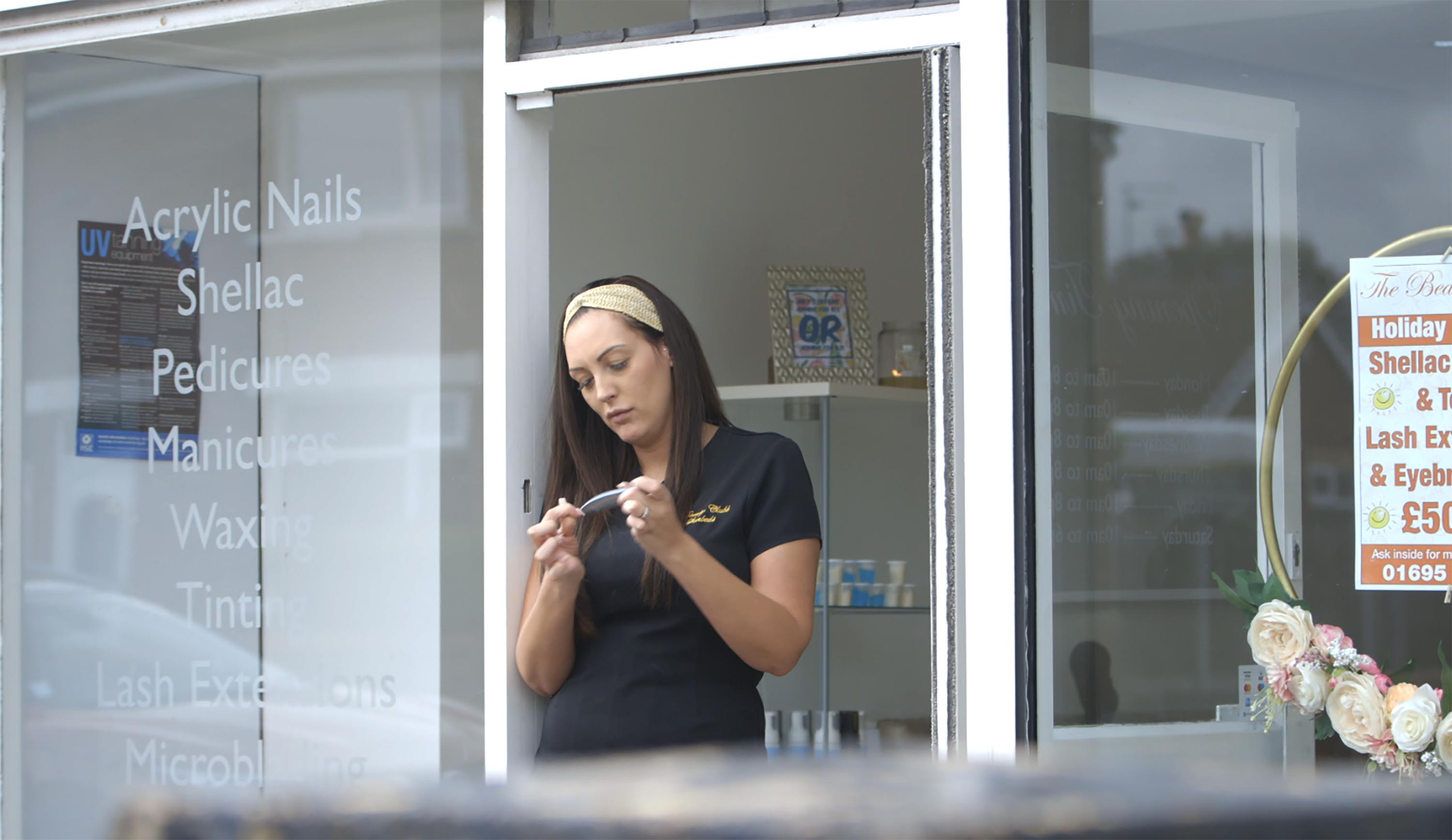 “When I was 21 I wanted to get into glamour modelling to prove to myself that I could get into those magazines, that I could do the pictures, the poses. And I done it.

“Back then I did like myself. I must have to have done that.

"After I had the children, the confidence level went down and you kind of lose yourself.

“I would just like to get some confidence back.”

She revealed that as well as wanting to get rid of her mum-tum, she was diagnosed with lipedema three years ago, which causes large fat deposits to build up under the skin.

The NHS advises that the only effective treatment is liposuction, which fuelled Liz’s decision to go under the knife.

But she added: “I just want a nice flat stomach, to put a dress on and not wear spanx.

Dangers of a Brazilian butt lift

BRAZILIAN bum lifts are the "deadliest cosmetic procedure", a top surgeon has warned.

The controversial op involves taking fat from other areas of the body and injecting it into the glutes and bum to make them bigger.

But, if it's not done correctly, it can cause serious problems, Professor for aesthetic surgery Jim Frame from Anglia Ruskin University warned.

"To be successful, a fat graft needs nutrition and so has to be injected into tissue that has a blood supply," Prof Frame said.

"Fat has more chance of staying in place if it is inserted into muscle – but this is where the risk lies.

"Injecting fat into the buttocks can easily lead to serious problems if done incorrectly. These include a fat embolism, when fat enters the bloodstream and blocks a blood vessel.

"In the lungs, for example, it blocks oxygen from entering the bloodstream, while in the brain it can cause a stroke – both can be fatal."

Cheap overseas clinics are contributing to a rise in deaths from having the procedure, Prof Frame, a senior consultant surgeon at Springfield Hospital, Chelmsford, said.

Last year a survey of 692 surgeons from across the world found 32 patients had died from a condition called a fat embolism – where the injected fat travels to other parts of the body that it shouldn't.

"Most of these deaths appear to have been caused by inappropriately qualified practitioners working in non-approved facilities, including homes and garages," he added.

"Other post-surgery problems, such as gangrene and sepsis, can also be fatal."

“A bit more of a rounded, perked bum would be nice.”

Despite Liz’s desire to have the risky procedure done, Tony says he doesn’t see what she sees.

He said: “I think women now are under so much pressure to look and be a certain way.

“I’ve watched her torment herself for so long, she calls herself fat and ugly and everything else, and I don’t see that.

“I see a lovely beautiful woman and she doesn’t see that. I’m hopeful that there can be a time she can be happy in her own skin, and learn to love herself.”

But Tony’s high-profile career is partly fuelling Liz’s insecurities, she says, as she knows they’ll be recognised when out and about.

She said: “As a partner of a man who is in the spotlight, I’m definitely harder on myself, because of who I’m married to. 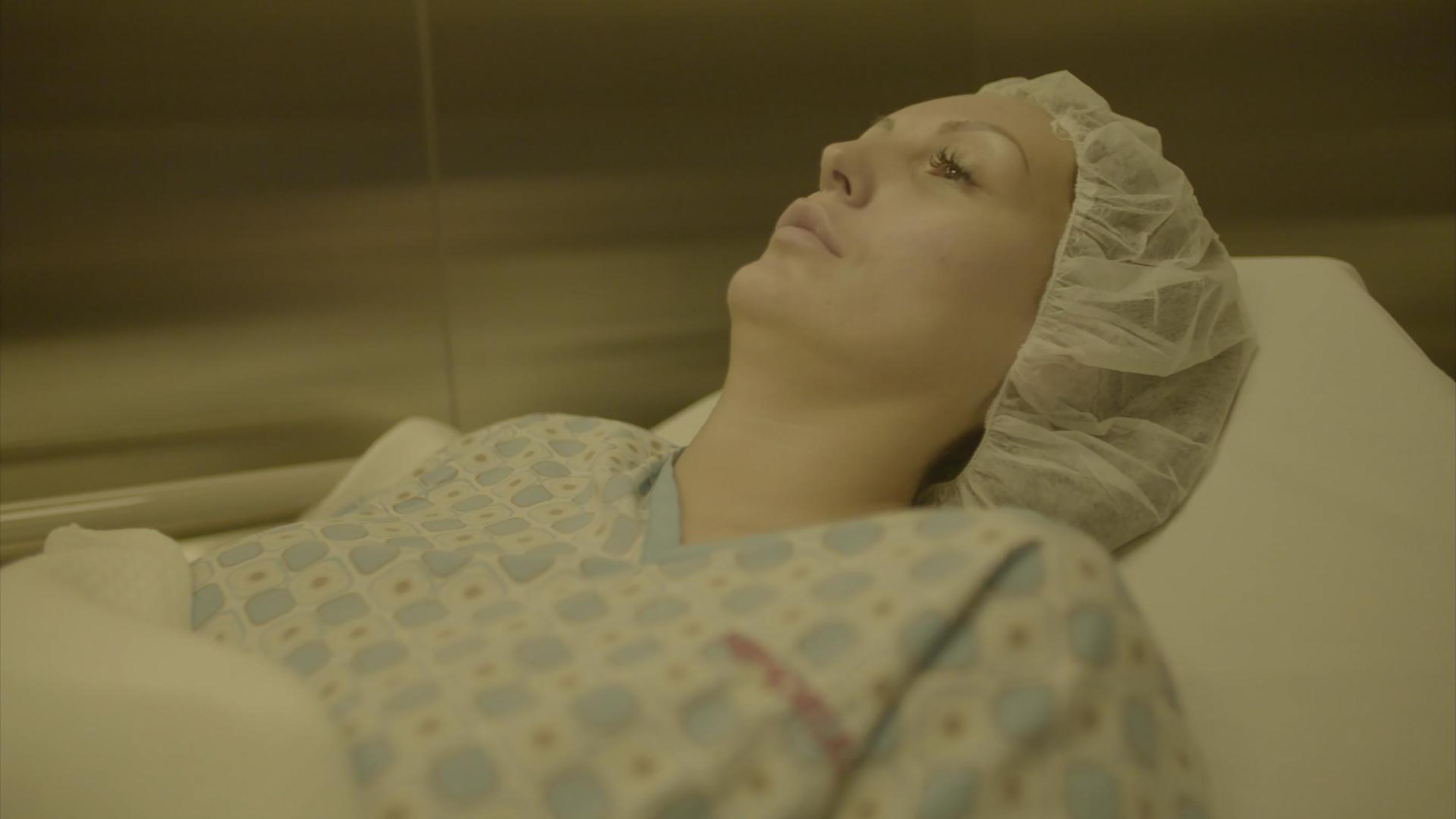 “There’s been days where I go out with him and I think, oh I don’t want to be out because I feel fat and I feel ugly.

"It’s horrible. And we’re only shopping in Wigan.

“You just feel, people are looking at him, they’re going to look at me and think, what the hell is he doing with her.

“When he says ‘oh you’re beautiful’, I want to believe him.”

Liz goes ahead with the procedure regardless, despite the BBL coming with high risks.

Two Brits died in Turkey in 2018 after having the procedure, and even Liz’s surgeon, Dr Serkan Balta, admitted there are dangers involved.

He said: “It can cause your death. Every surgery has their own complications and own risks.

“When you look at the literature, the BBL is the most dangerous one.” 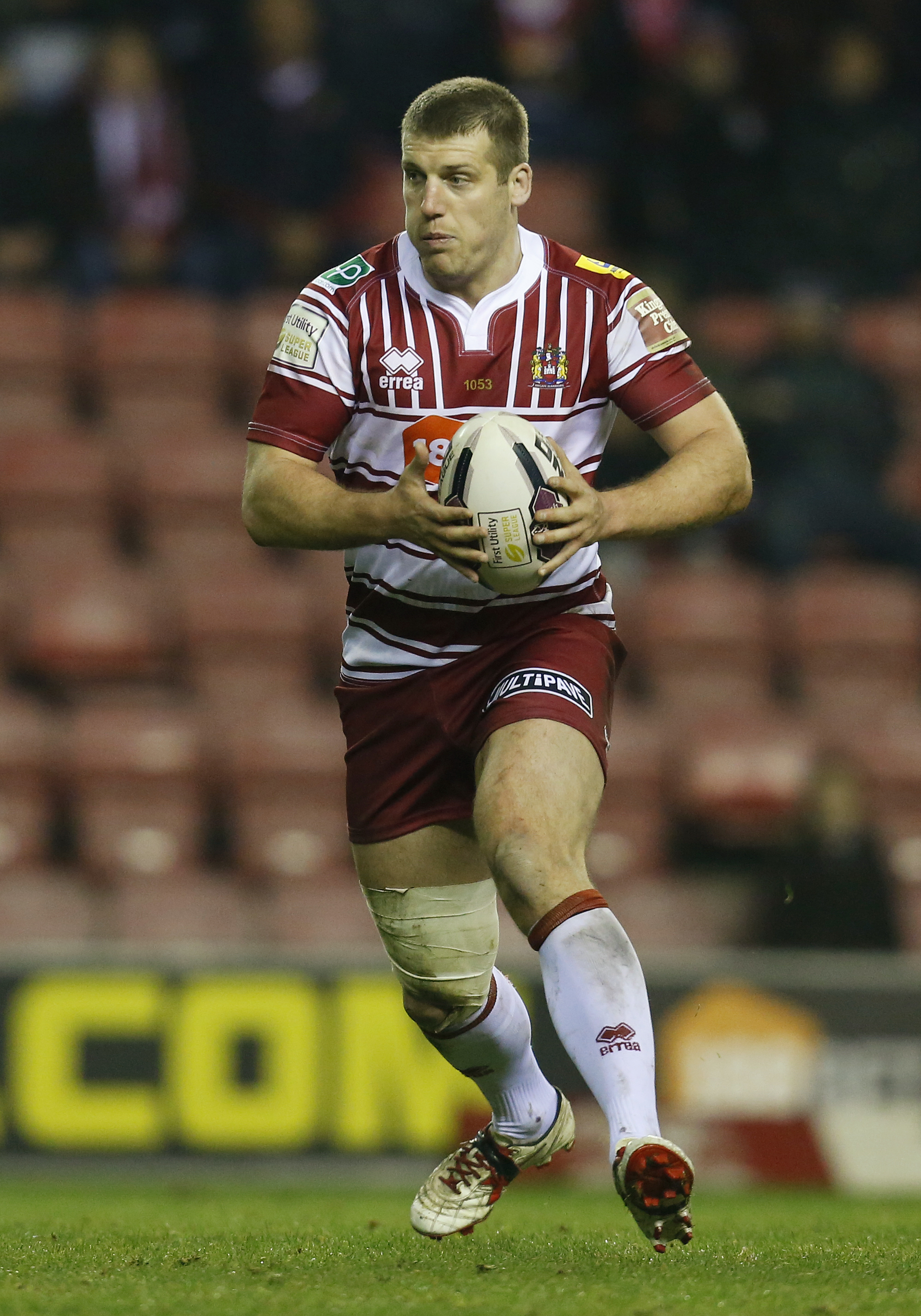 Liz’s surgery is a success, but the recovery is much harder than she thought.

She brought along pal, Laura, for moral support, who claimed there isn’t enough information about the aftercare.

Seeing Liz in pain, she fumed: “If she’d have known it would be like this, she wouldn’t have gone through it.

“It’s not plain sailing by any stretch of the imagination.”

Liz has to endure daily massages on her legs to drain excess fluid, which leaves her whimpering in pain.

She says: “I’m not enjoying this situation at all."

A few weeks after the surgery and Liz has recovered, she debated whether it was all worth it.

Liz said: “It was hard, missing my kids, missing work. It’s not just getting the surgery done, it’s everything that goes with it.” 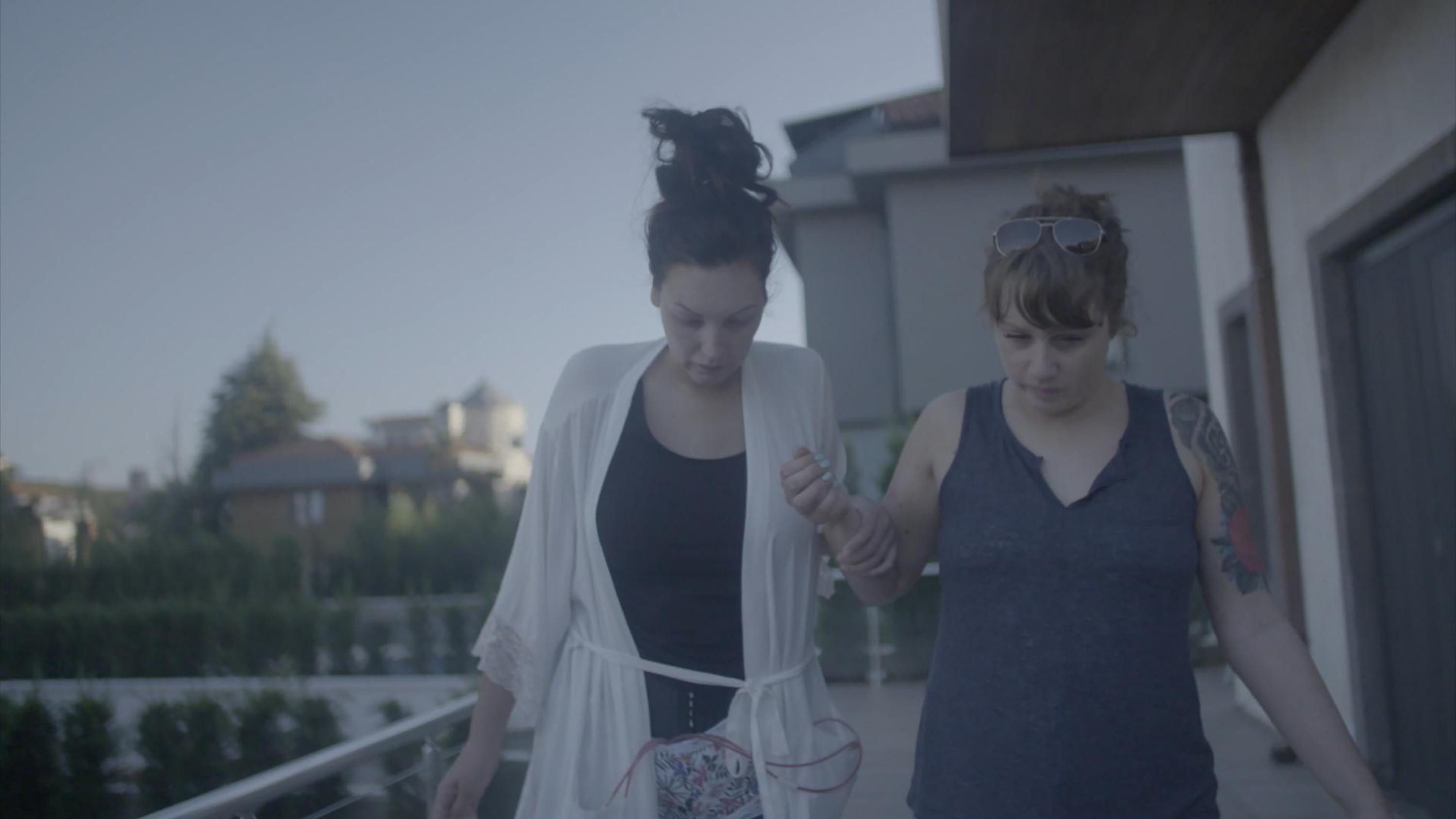 She has mixed feelings about the results, and still isn’t happy with her legs.

Liz says: “I love my stomach, it’s completely flat now. That mum tum bit that I had there has gone.

“I like my bum. I didn’t want a great big Nikki Minaj bum.

“But from there down, I still feel massive. Don’t even like looking at my legs. It’s horrible.

“I think after having this surgery, it’s made me realise that surgery isn’t the answer.

“Even if this looked perfect, if in your head you’re not right, that’s always going to override what you see.

“I think I need to now accept me.”

Plus this woman created a make-up table in her hallways as her bedroom was too small to 'swing a cat'.

Meanwhile these women revealed their boyfriends had never seen them without make-up – until now.

We previously spoke to three women who've all been body shamed by strangers – from their ‘flipper’ feet to their ‘oversized’ foreheads.