A MUM has revealed how she was able to totally transform her dated kitchen for just £60.

Kaylee Thomas, from Llanelli, Wales, took to the Facebook group Extreme Couponing and Bargains, run by money saving mum Holly Smith, to share her dramatic before and after snaps. 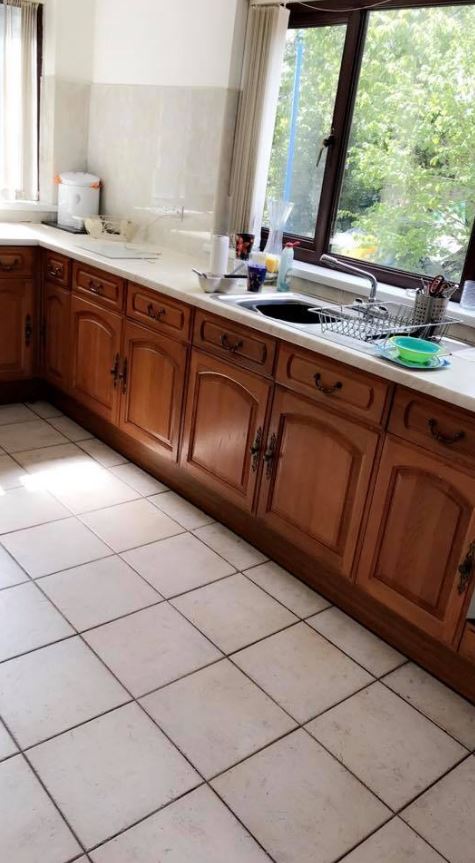 Ahead of the makeover Kaylee’s kitchen was far from her dream, with oak cabinets and faux marble worktops.

However, after her handiwork the space is hardly recognisable thanks to cupboard paint and worktop stickers making it look like a whole new room.

Captioning her snaps she wrote: “Thanks to the people who posted about the fablon and painting cupboards. Just done my kitchen for around £60. Floor next…

“Everything is from B&Q – White wood effect fablon, Sandtex exterior paint in cloudy day. Painters touch in silver for the handles.” 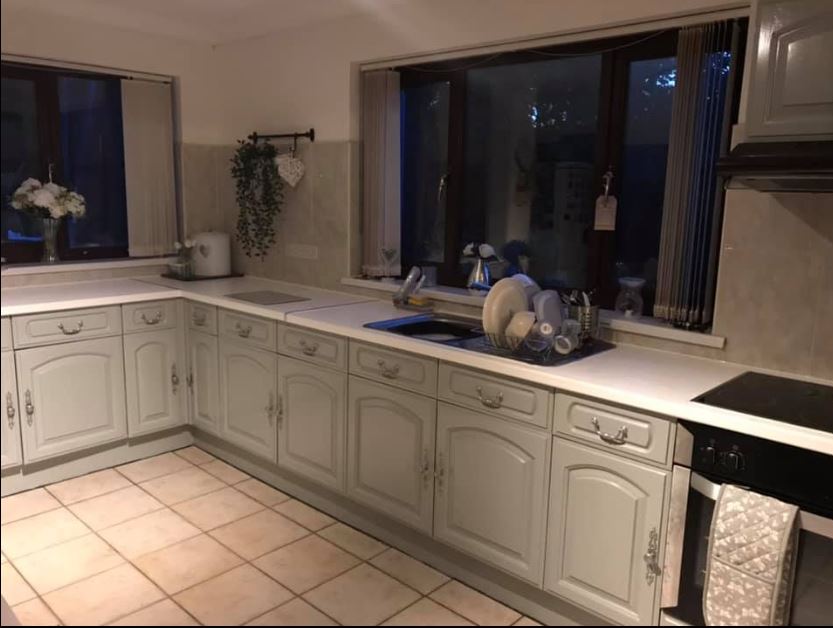 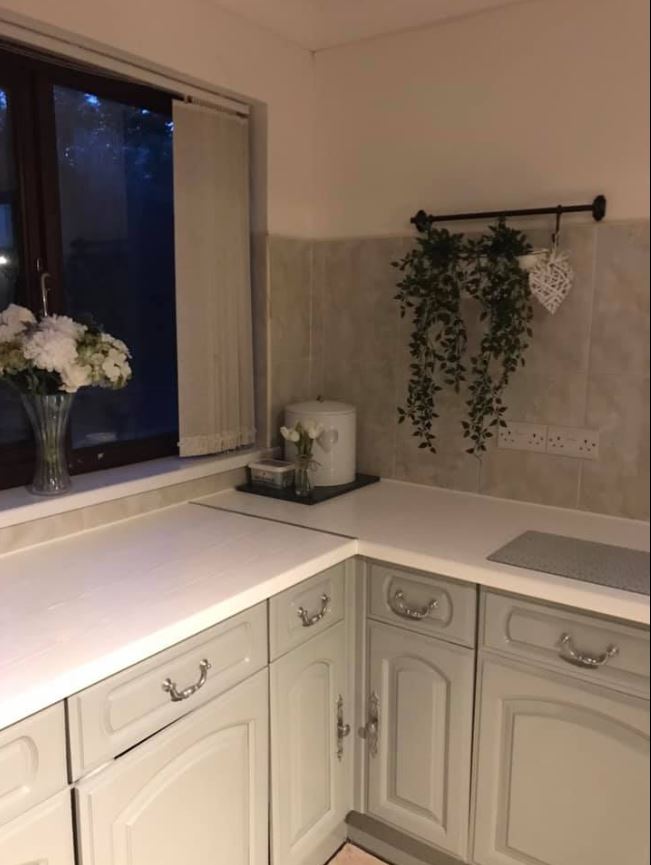 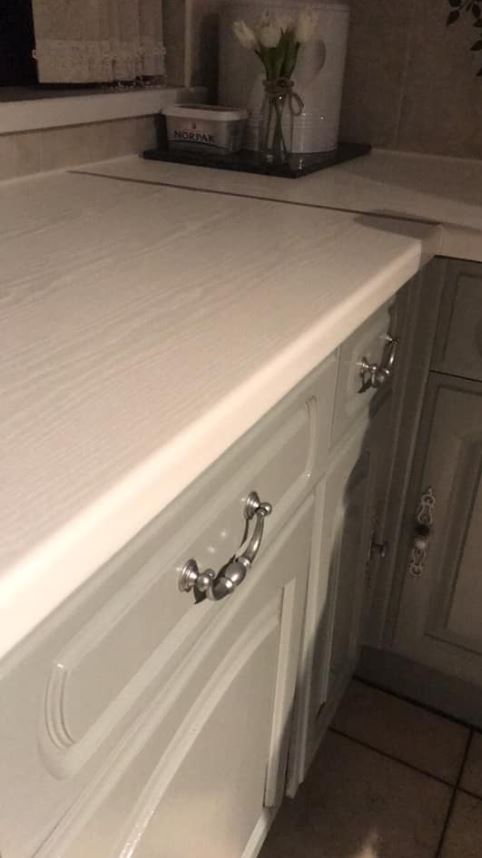 And fellow group members were clearly impressed by her efforts with her post amassing over 2,300 likes and hundreds of comments from those praising her handiwork.

“This looks awesome, well done!” commented one with another adding  “Wow, love it!!!” 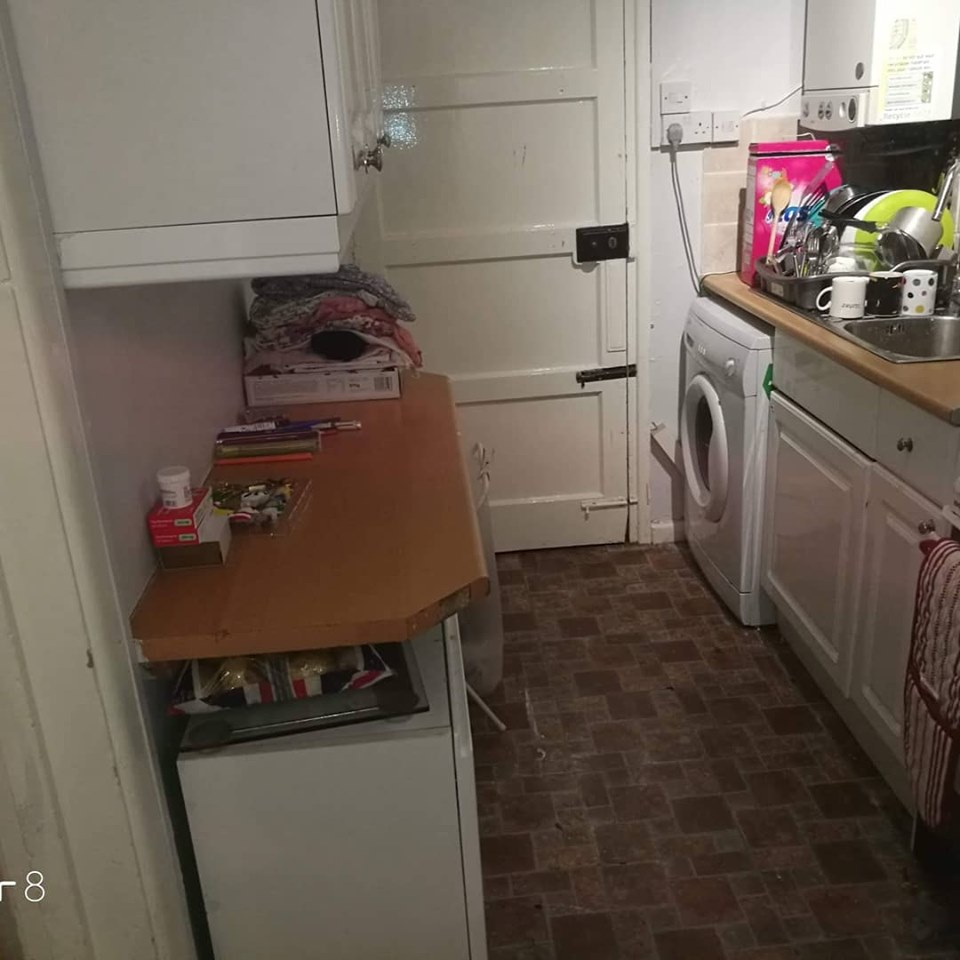 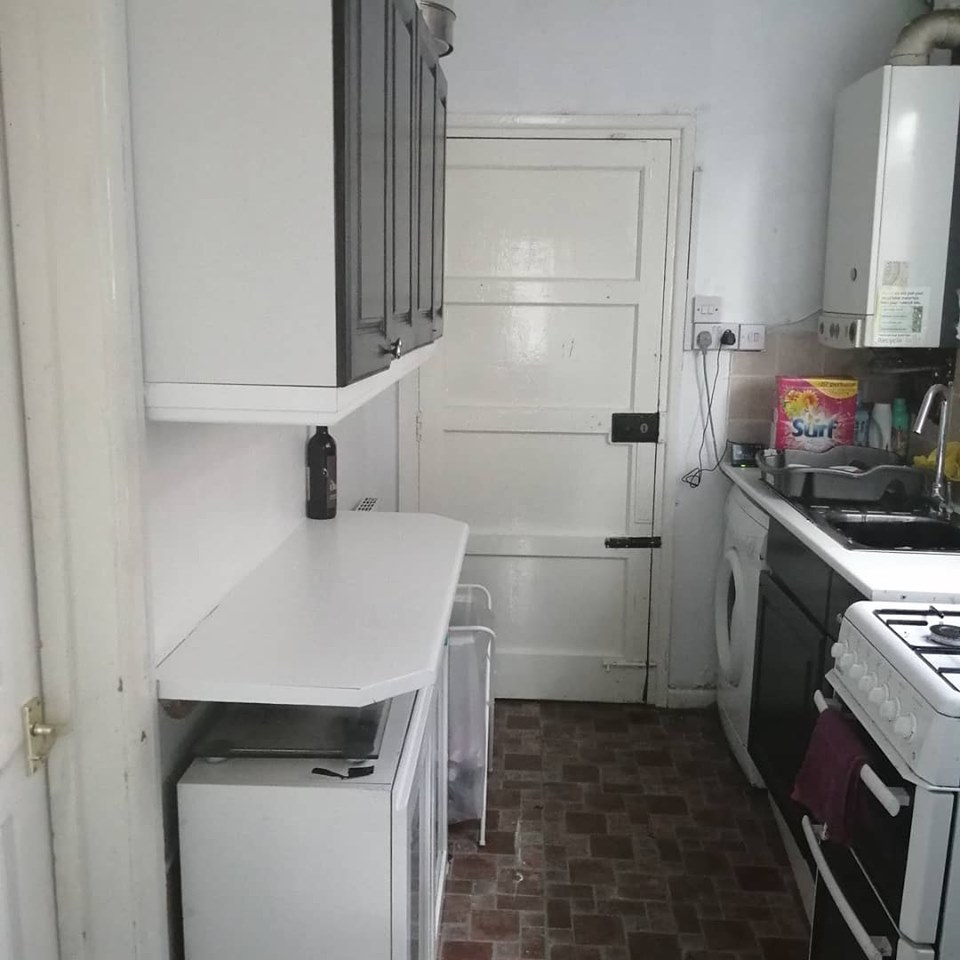 It comes just a few days after a women revealed how she was able to achieve amazing results in her own kitchen using trendy counter stickers and black paint.

She detailed how she achieved the new look, writing: “Still got a bit to do but repainted the walls, cupboards and used d-c fix for the surfaces for all just £28 next is the tiles and floor!

"Trying to re do my whole house without costing a bomb.”

Adding it was “hard work”, her post has been liked dozens of times by DIY enthusiasts.

In other bargain news we reveal how you can £100 worth of beauty products for just £25.

Love a beauty bargain? Here's the worlds first stick on eye shadow and it costs just £5.99