A mother has revealed how she recreated Christmas during lockdown for her two children – complete with a fake tree and presents – all for just £20.

Abi Sherratt, 39, from Cheshire, surprised her sons, Noah, seven, and Alfie, four, with an incredible festive day – including plenty of presents – during the coronavirus lockdown. 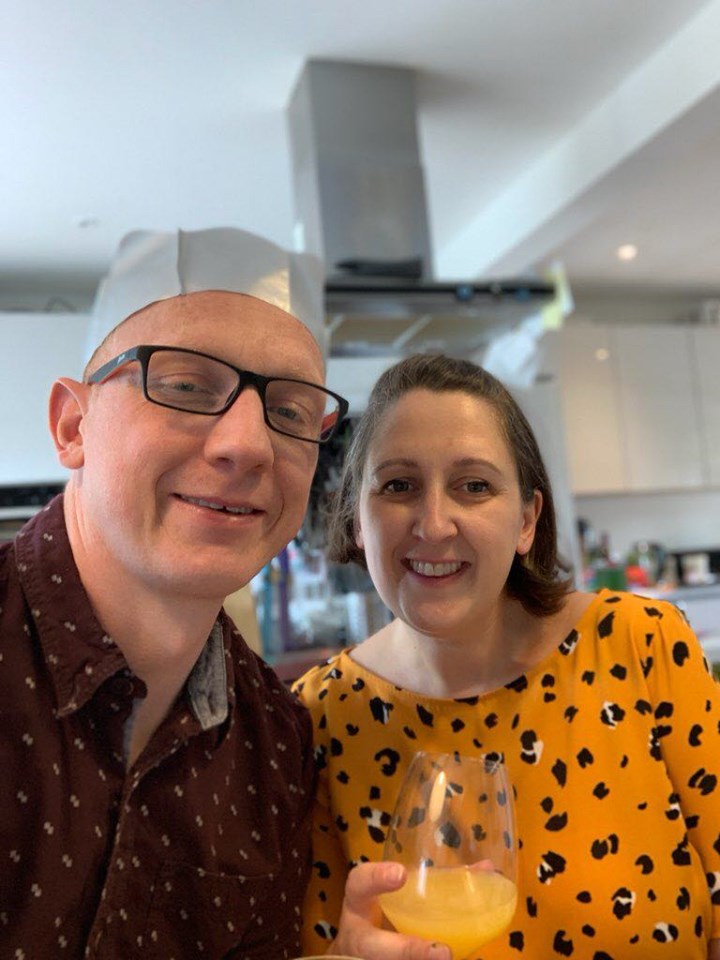 The Communications & Engagement Officer for the NHS also went to town with pigs in blankets, a roast dinner with stuffing, Christmas crackers and glasses of Bucks Fizz to say thanks to her boys for being so good during lockdown.

Abi said it was a last-minute decision but the faux-festive day only cost her £20 as she had been stocking up on cheap toys during Covid-19.

Abi described Noah and Alfie’s faces as “totally excited” as they started to realise what was going on when they woke up on “Christmas” morning. 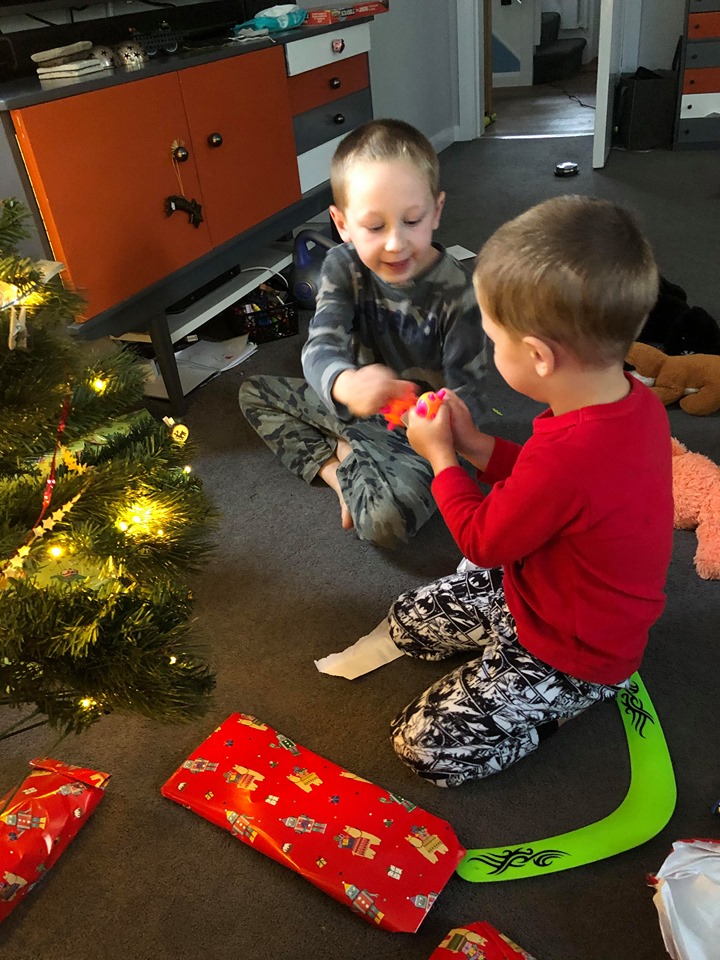 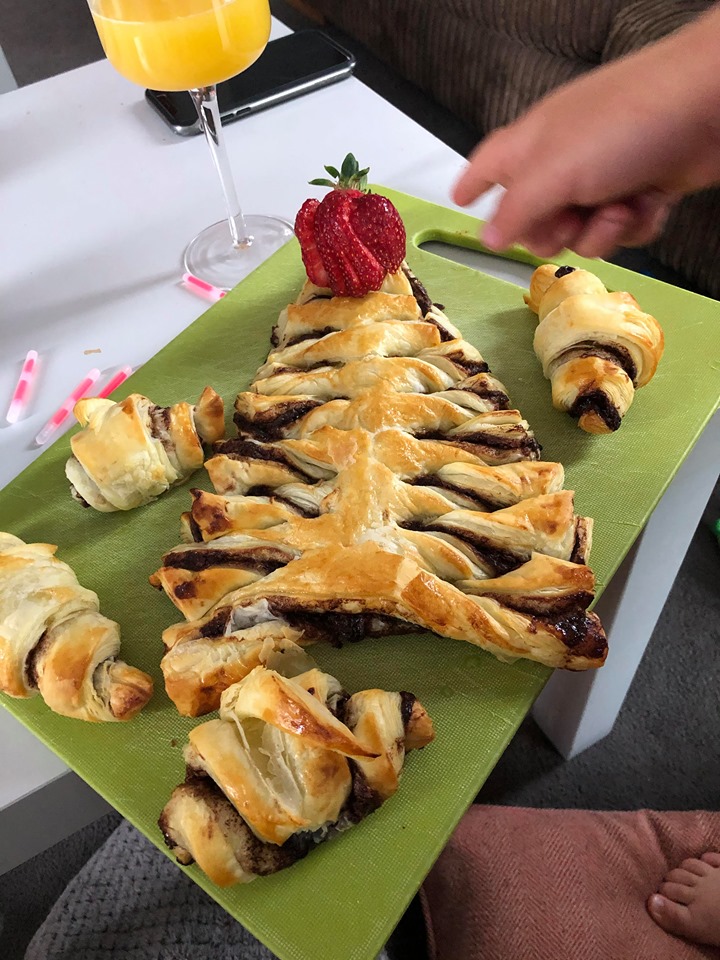 “They kept saying they wanted a birthday party so we had thought about doing a joint lockdown party for them, but then decided Christmas would be more fun and gave us more options of things to do.

“Plus we had a large chicken in the fridge that would double up as a turkey!”

Abi and her husband Jody decided to keep their Christmas recreation plans a secret so their boys knew nothing about it until they woke up in the morning.

The parents said they originally thought it would be a nice way to celebrate their time together during lockdown just before schools reopened – however, when the weather took a turn, they decided it was the perfect time.

Plus both of the boys” schools have remained closed. 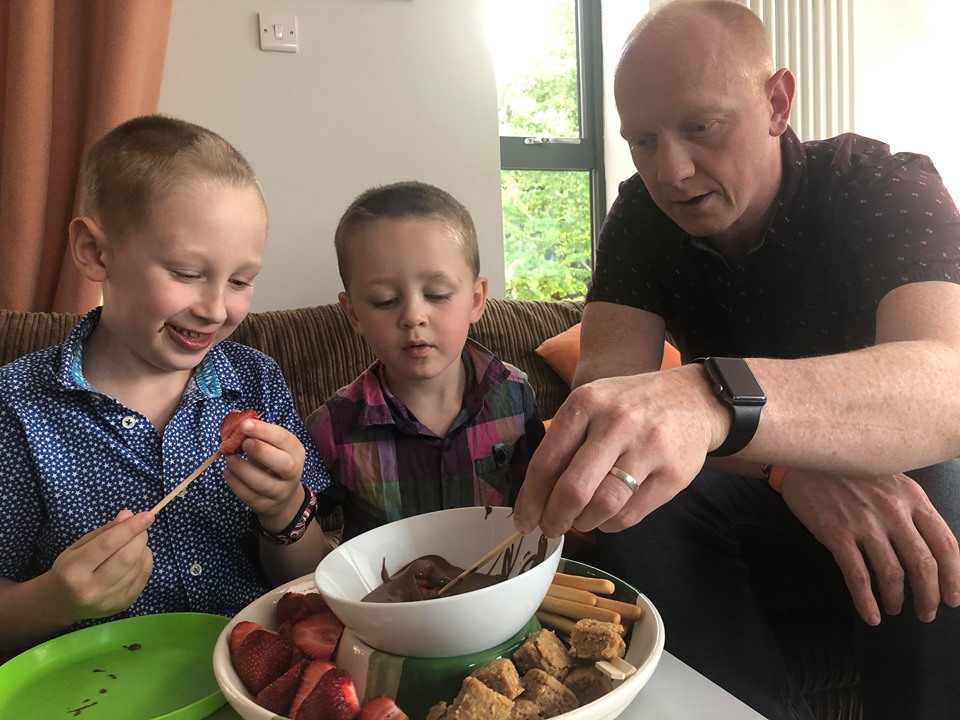 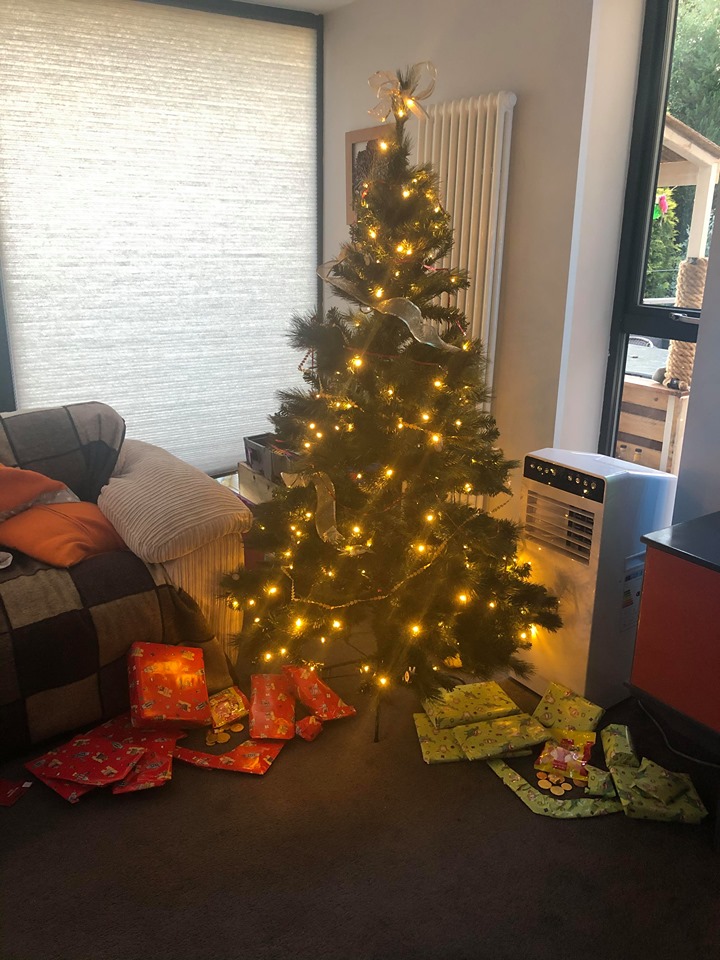 She said: “In the morning, the boys came in and said hello and gave us a hug when they woke up and then they went downstairs.

“We could hear talking and then some tiny feet came running up the stairs and Alfie burst into our room, tripping over himself to explain what was downstairs.

“They were just so excited!”

Abi said her last minute plans required some help from her family and she borrowed a fake Christmas tree with lights from her parents.

She also had some old ribbon lying around that she used to decorate the tree rather than getting out the huge box of decorations. 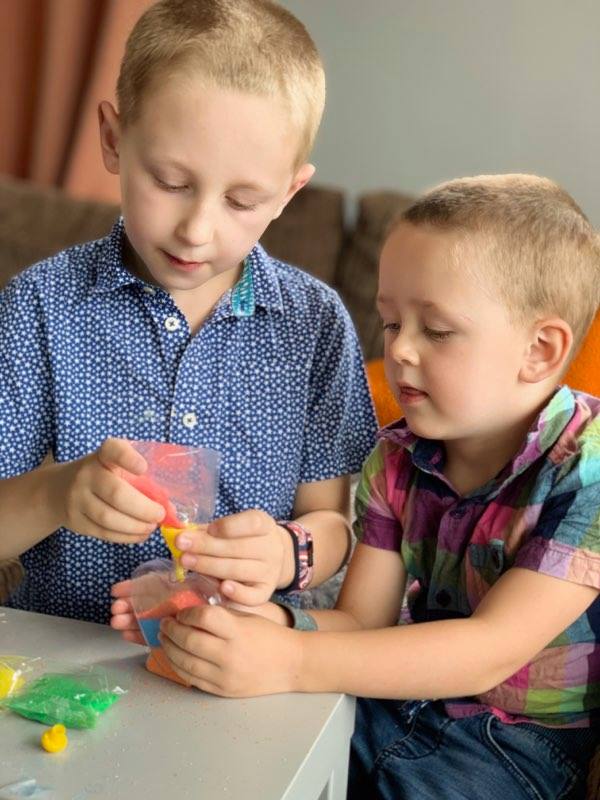 Then the evening before the big day, the couple wrapped a few small presents and Abi prepped all the Christmas lunch vegetables – the same way she would do if it was December.

She also had some leftover Christmas crackers from previous years.

She added: “We only spent about £20 and it wasn’t specifically for this. I’d bought a few small cheap toys at the start of lockdown to have in reserve in case they got really bored or we had lots of rainy days.

“I hadn’t had to get them out so this was the perfect time to use them. It was things like sand art, jigsaws, a couple of boomerangs, squishy balls and some pretend action figures.

“Christmas lunch is basically a glorified Sunday lunch so we would have had that anyway, and I had puff pastry in the fridge to make the chocolate spread/puff pastry tree for breakfast.” 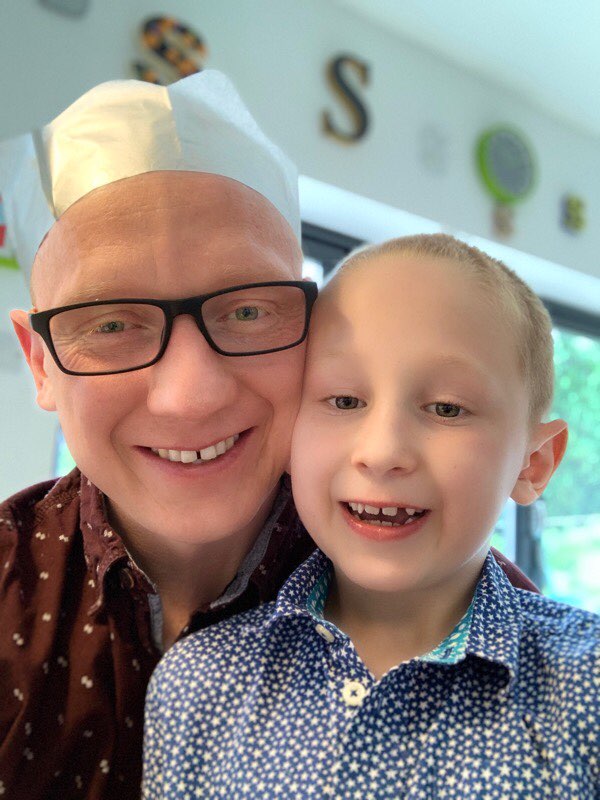 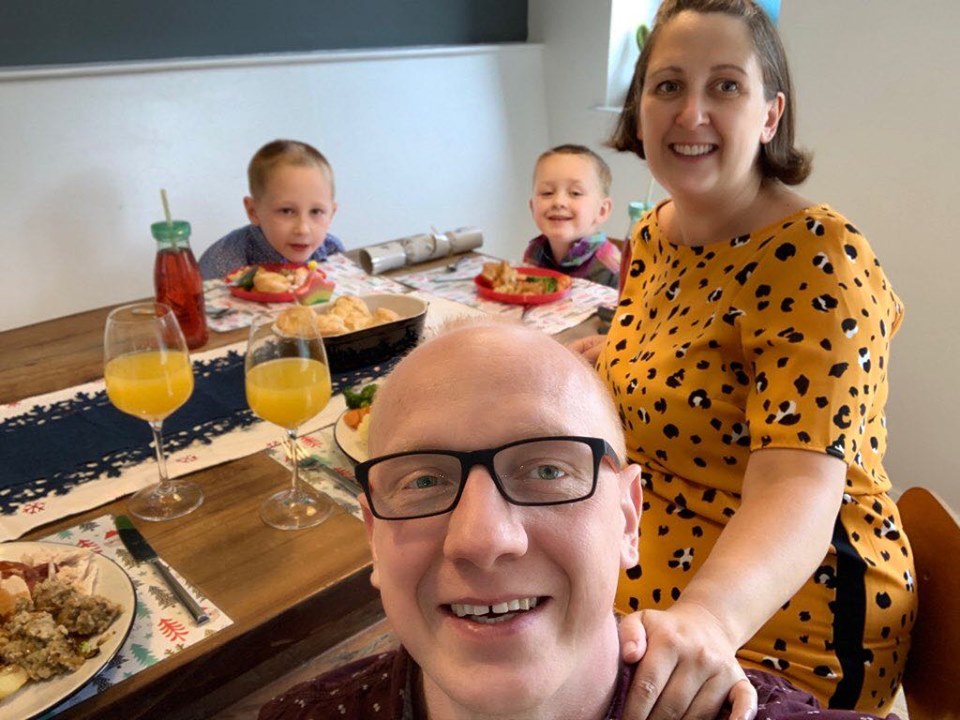 Abi said the whole day was perfect and while Noah insisted his favourite part was spending time with his brother, mum and dad, Alfie said getting presents was the best part.

The family-of-four enjoyed a full dinner for their Christmas lunch – with roast chicken (instead of turkey) with bacon on the top, their traditional passed-down family recipe of chestnut stuffing, pigs in blankets, mashed potatoes, roast potatoes, parsnips, carrots and broccoli.

In the mid afternoon, the boys were treated to a homemade chocolate sipping selection.

The mother said: “The whole day was perfect.  From their excited little faces, to explaining to them that mummy and daddy had arranged this to say thank you to them for being so good during a difficult time, to just spending time as a family doing fun Christmas things.

“My nap on the sofa watching the Christmas film was a special high point!”

Abi and her husband wrapped seven small presents each for their sons in Christmas paper and placed them under the tree with some chocolate coins from the baking cupboard, and some sweeties.

The parents enjoyed a few glasses of Bucks Fizz and had Christmas music playing so it was just like usual Christmas morning.

Reminiscing on their special day, Abi said the only thing the family felt they really missed was the rest of their family.

She said: “ We normally have around 12 of us on Christmas Day, so just four of us meant it was more subdued. But it was very special for us.”

In other news, a mum shares her hilarious homeschooling plan for ‘home economics’ and parents are instantly on board.

And a boy, 7, helps build his mum an outdoor sofa and saves her hundreds in the process.

Meanwhile a family totally revamp their worn out garden during lockdown complete with seating areas, a fireplace and a playground.