WE’VE seen a range of daring swimwear on Love Island but nothing comes close to a risqué catwalk show where the models wore bikinis made from TAPE.

Duct tape bikinis – made famous by fashion label Black Tape Project – have made a return and they could be the most daring styles we've ever seen. 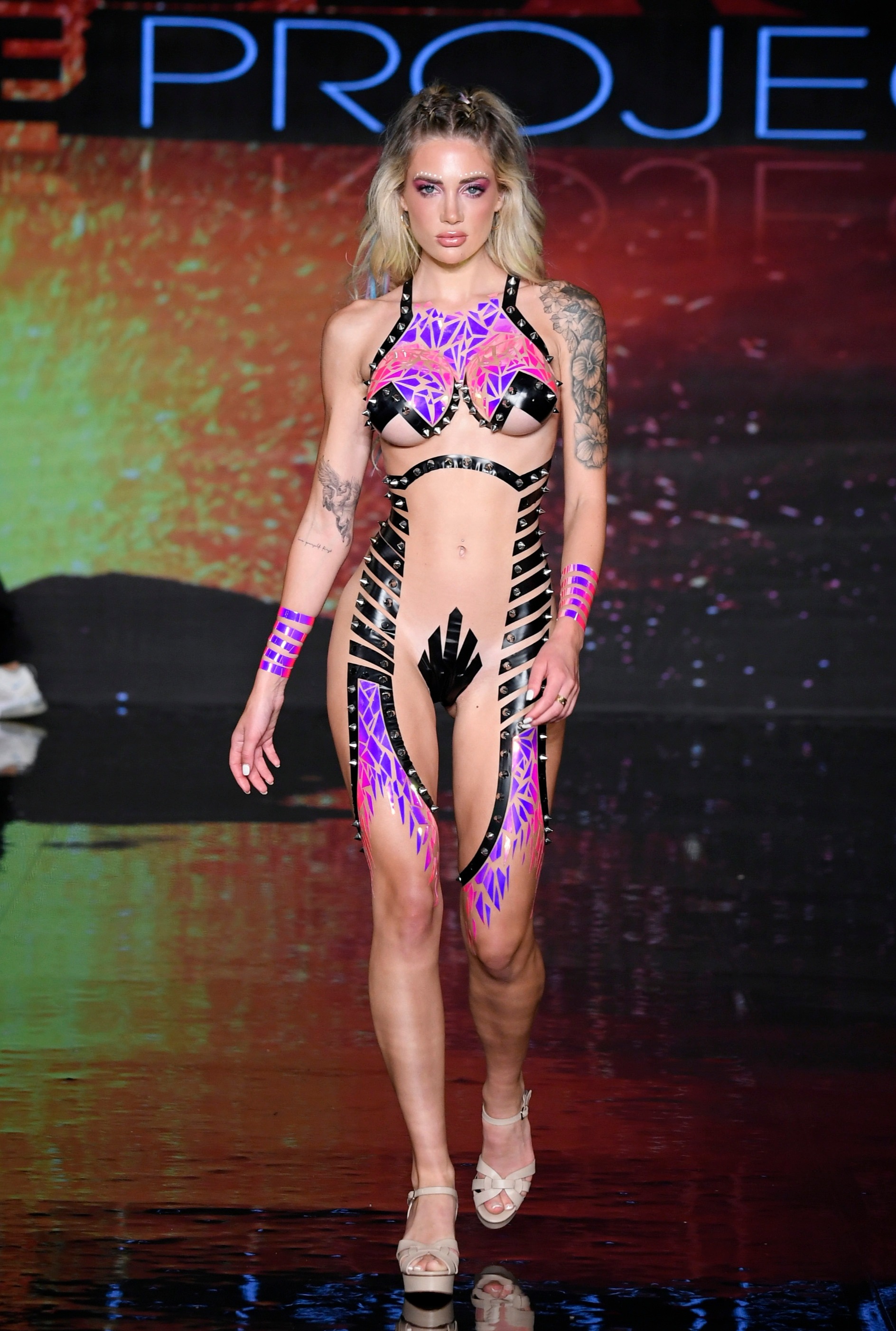 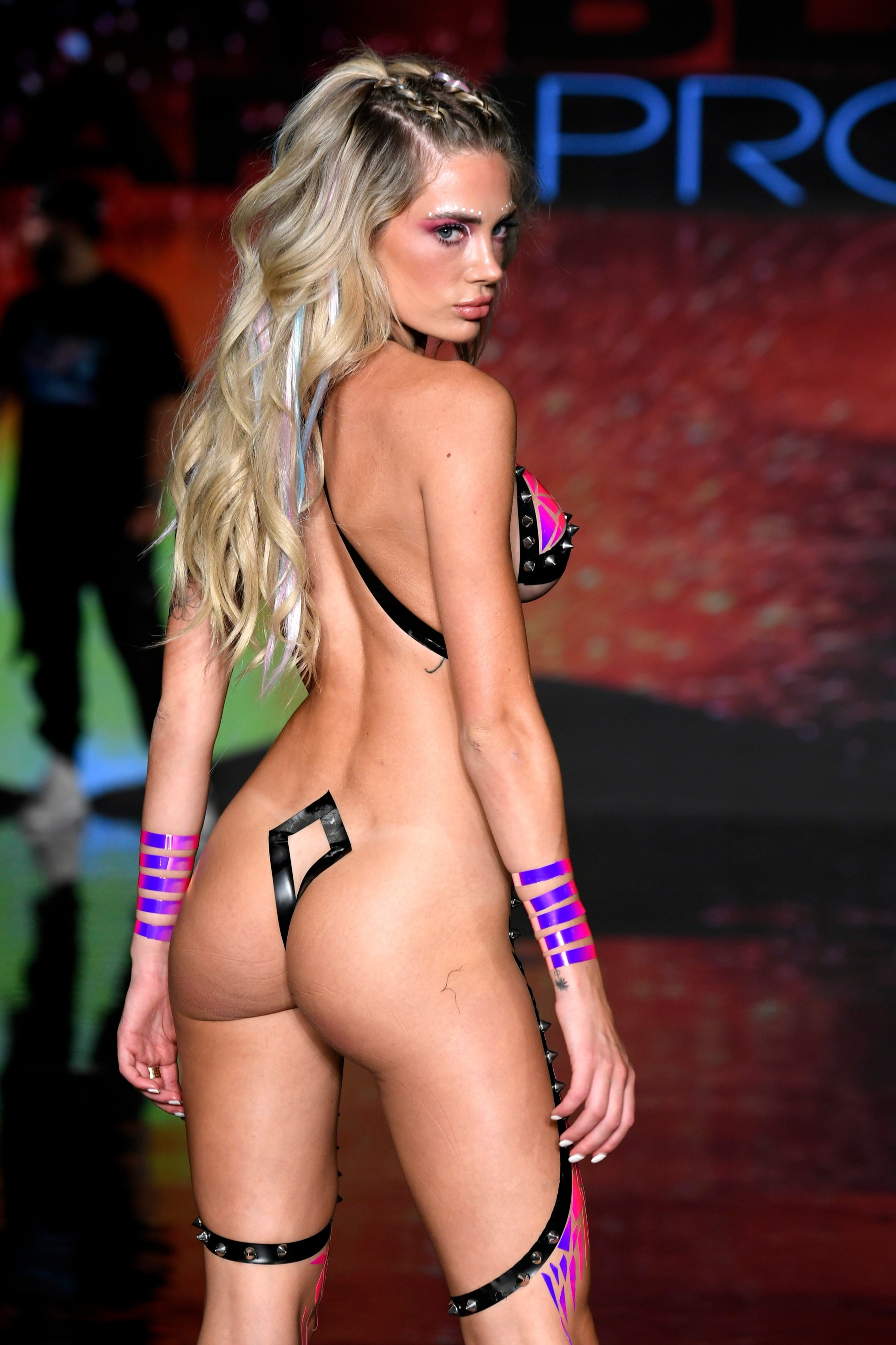 One of the geometric designs barely covered the model’s derriere and simply had a cheeky diamond-shaped tape shape.

Others artfully adorned the women’s bodies in pink, purple and black pieces.

Who needs clothes on a catwalk when you've got tape?

The brand was founded by the "King of Tape" Joel Alvarez, and has turned heads with dazzling designs since its launch.

Joel was inspired to begin the trend over a decade ago while working as a photographer.

Writing on his website, he explained: "One day in 2008 I was a rookie photographer who was working with a model that suggested I use electrical tape her for the last look.

“I honestly had no idea why she would want this but to make her happy I attempted to use this tape as wardrobe.

“Essentially I just wrapped her in black electrical tape! Mind you she looked like two Christmas hams wrapped in rubber bands when I was done! (I’d never show you these images!)

“However, it sparked an idea in my head to develop this idea.” 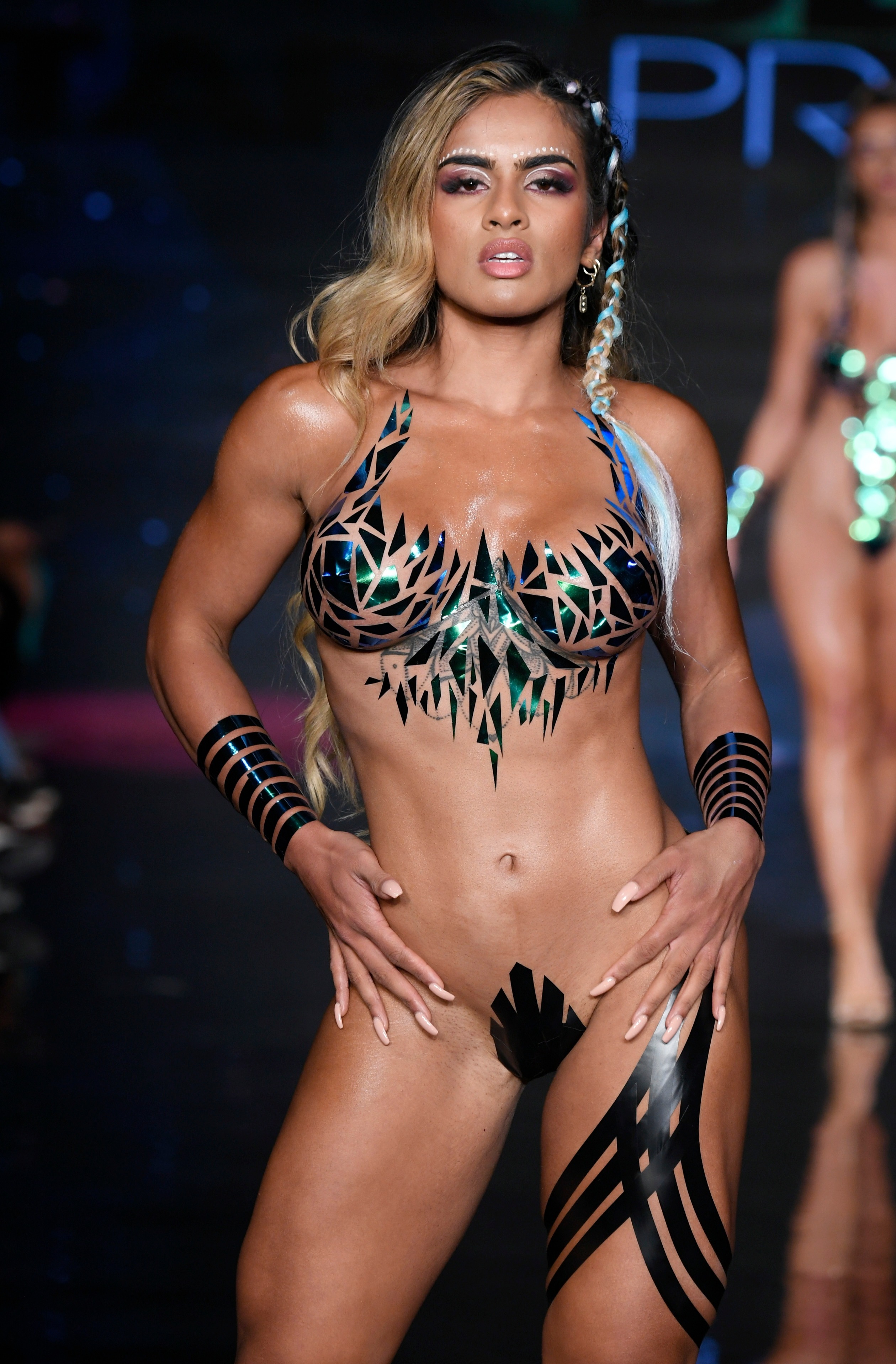 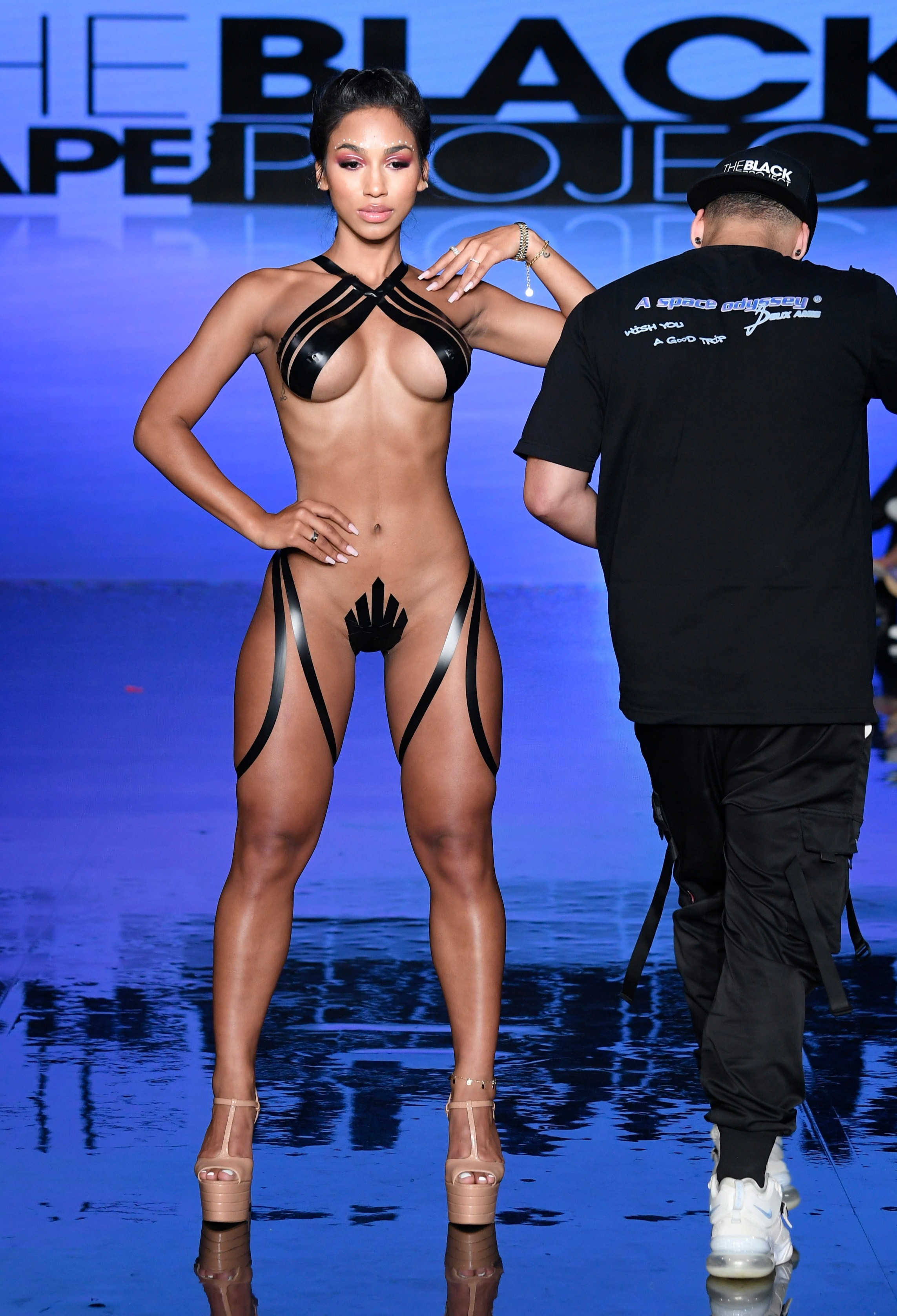 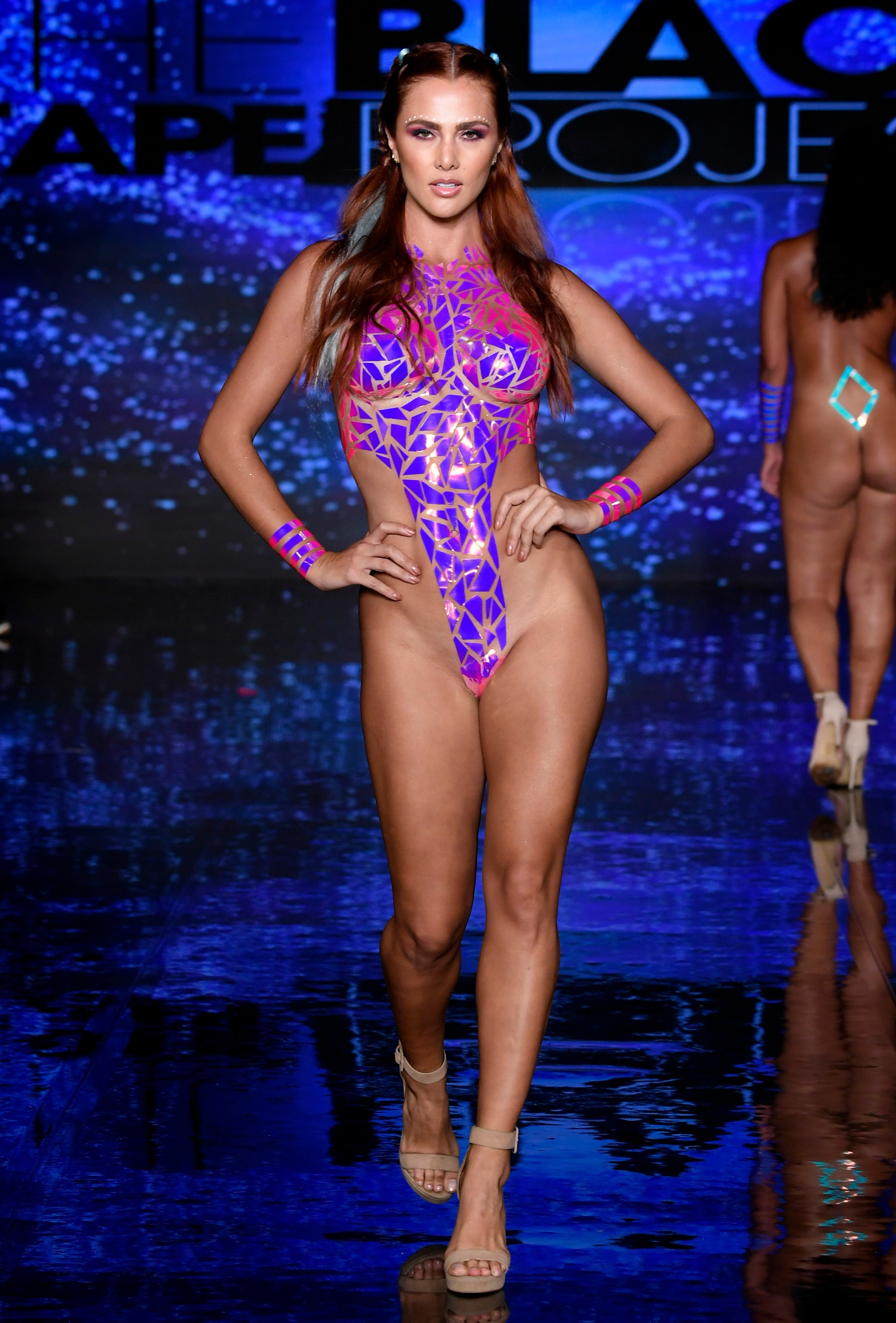 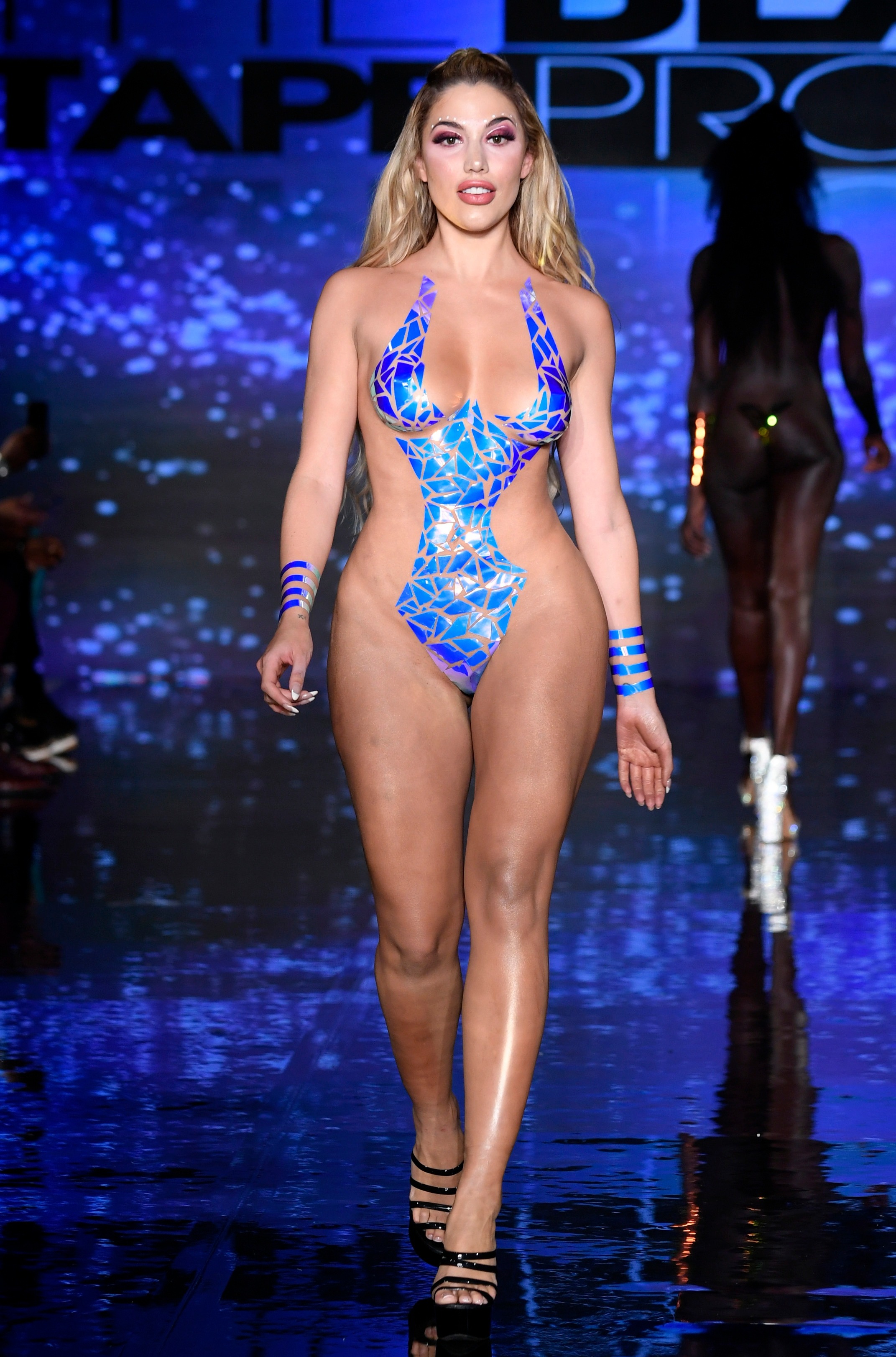 Would YOU be brave enough to wear this look? Sun girl tries the new trend of wearing nothing but DUCT TAPE on a night out.

The company previously shared a video clip featuring a beautiful model taking a dip in the sea with nothing but the glittering gold design covering her modesty.