The world is loosely divided into two groups: those who love fancy-dress parties, and those who don't.

Costume party themes can be quite literal: 1980s, circus (although some would argue dressing as a federal politician would qualify), icons of literature. Then there are those themes that can bend a little. Such as "camp" – the theme of this year's Met Gala, inspired by Susan Sontag's 1964 essay, Notes on Camp. 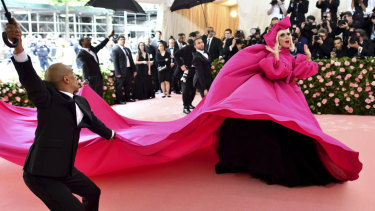 And so, the bar was set. Billy Porter, stretchered in wearing a gold ensemble complete with wings, Katy Perry as a chandelier (and changing into a burger costume later on), model Cara Delevingne in a rainbow striped catsuit, the Kardashian/Jenner clan being … themselves, and Tiffany Haddish carrying barbecued chicken in her evening bag. 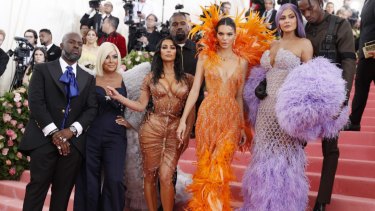 Yet for all the out there extravagance, there were plenty of stars who missed the mark. Karlie Kloss, Gwyneth Paltrow and Carey Mulligan all left commentators scratching their heads. Why, oh why, they pondered, when the theme was there for the taking? Perhaps some were too scared, too gun shy, too … afraid to look "otherish" that they just stuck to what they – and their stylists – know best.

But when it fired, boy did it fire, with some trends including gold (anything), false eyelashes as accessories in their own right, hats and more ostrich feathers than the set of Sesame Street.

And on a night where celebrities spend hours preening and primping themselves, one star who had the last laugh was Amy Schumer, who gave birth to her first child just hours before the red carpet began. But that couldn't stop the Trainwreck star from snapping a selfie on the Met steps yesterday with the staff setting up. Now, that's camp.