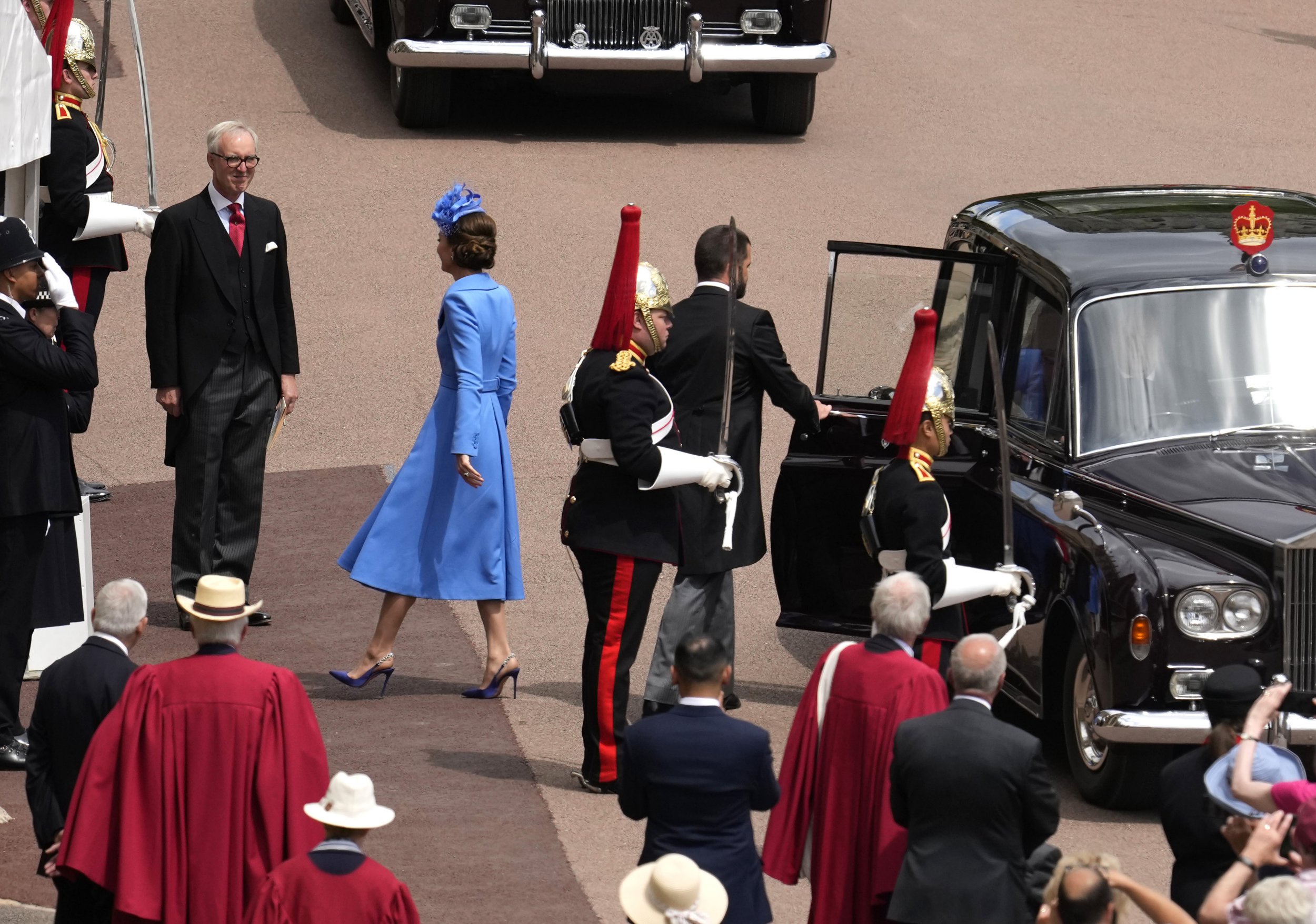 For the first time since 2019, the ancient royal ceremony Garter Day returned to Windsor Castle with all its traditional pageantry, and the Royal Family were out in force.

As well as attending the processions of knights dressed in velvet robes and plumed hats, members of the Royal Family also made an appearance at Windsor Castle, and Kate’s outfit for the day was a real head-turner.

She matched a striking light blue belted coat dress, tailored to mid-calf length with a voluminous headdress in the same colour, adorned with flowers and netting.

On her feet, she wore dark blue stiletto sling-backs with a sparkling heel strap.

The jewellery was no less impressive, with a breathtaking set of matching sapphire earrings, necklace and ring.

The royal outing comes as reports say Prince William and Kate Middleton will move their three children out of London to Windsor this summer.

The Cambridges are said to be poised to leave Kensington Palace for a home on the Queen’s Berkshire estate, but will retain the west London residence as their base in the capital, the Sunday Times reports.

Prince George, 8, and Princess Charlotte, 7, will leave their prep school in Battersea at the end of the school year, and join Prince Louis, 4, at a school closer to their new home.