The Duchess of Cambridge, 40, celebrated the first full parade since the start of the pandemic in a gorgeous £3,200 Laura Green London dress with emerald accessories. 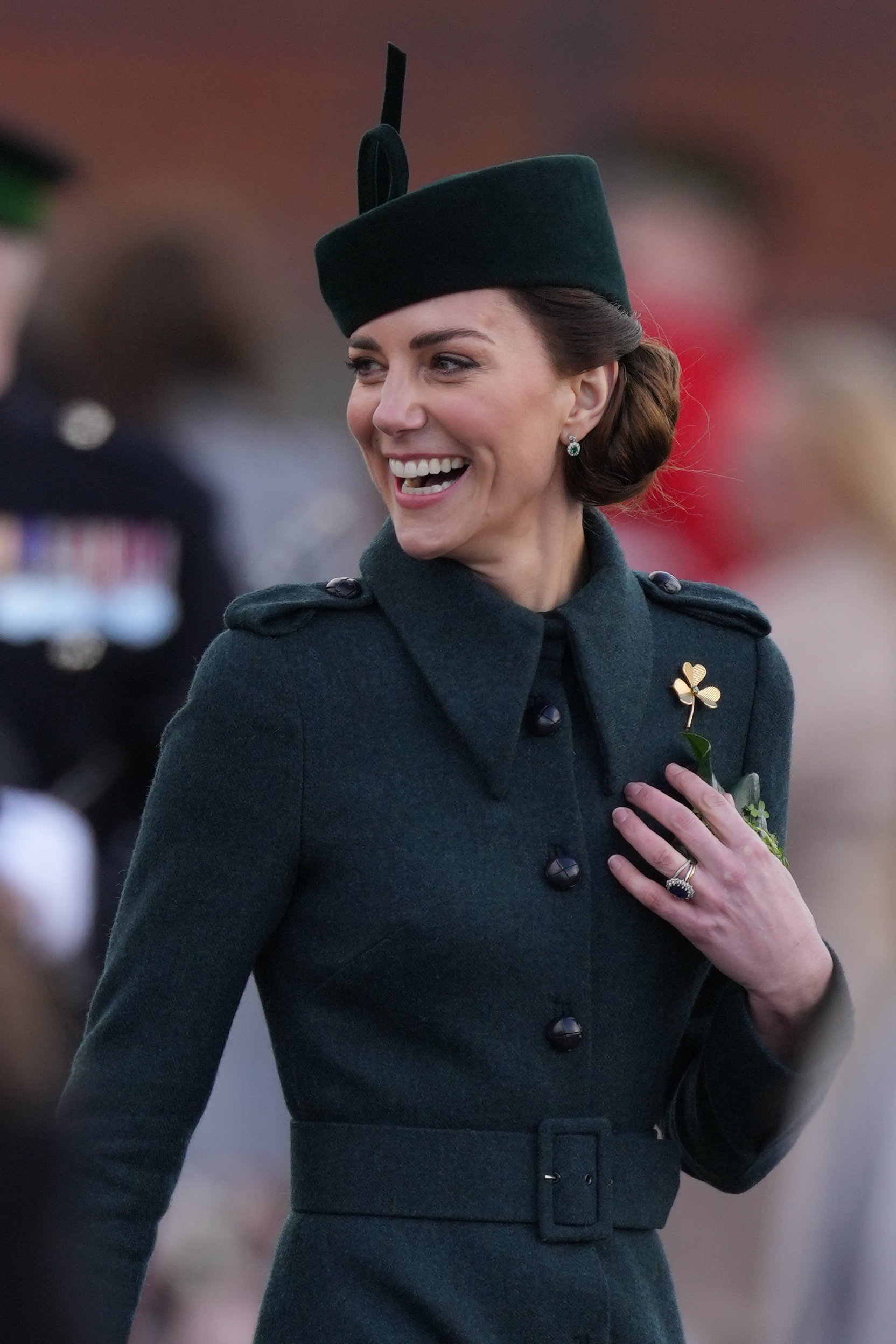 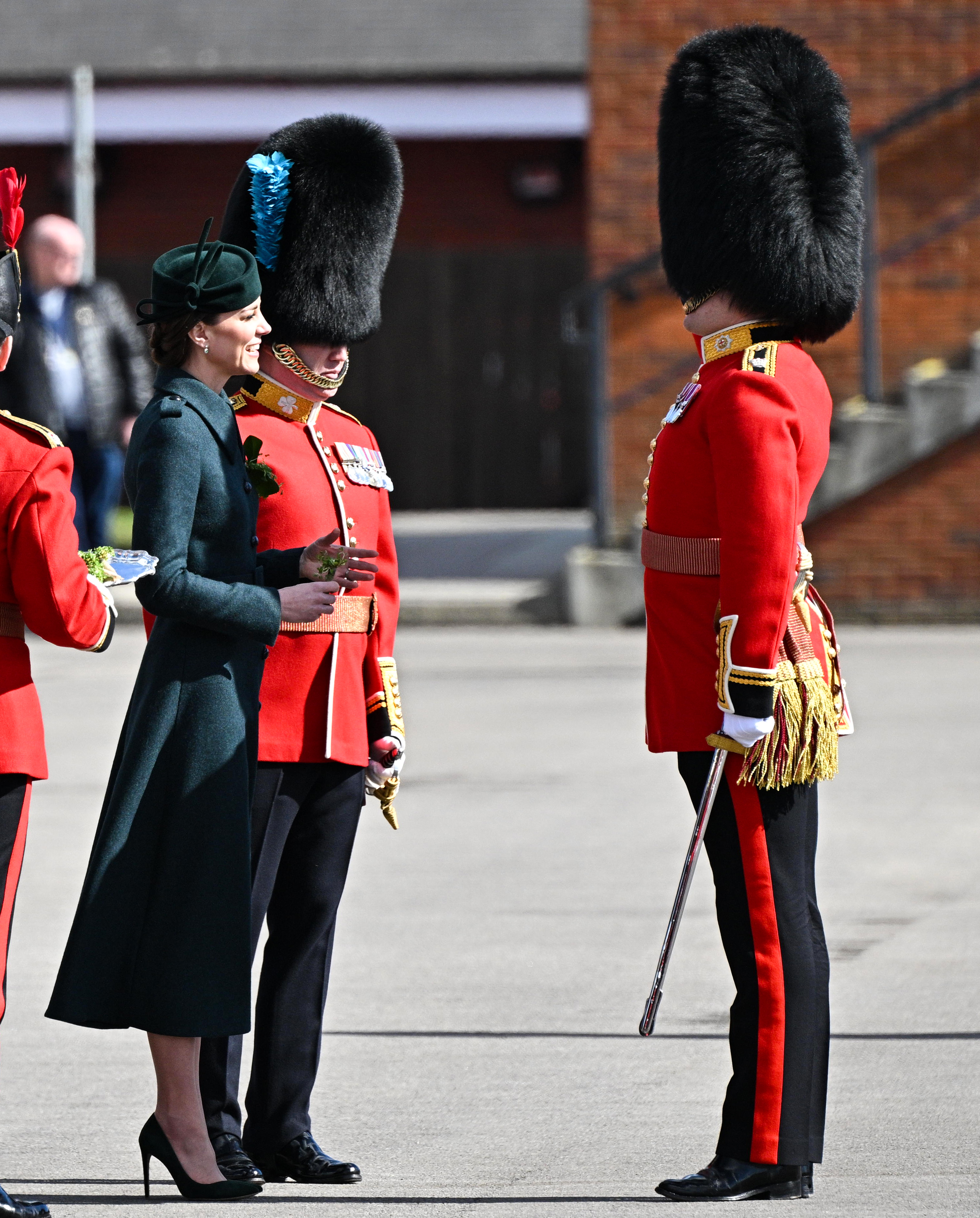 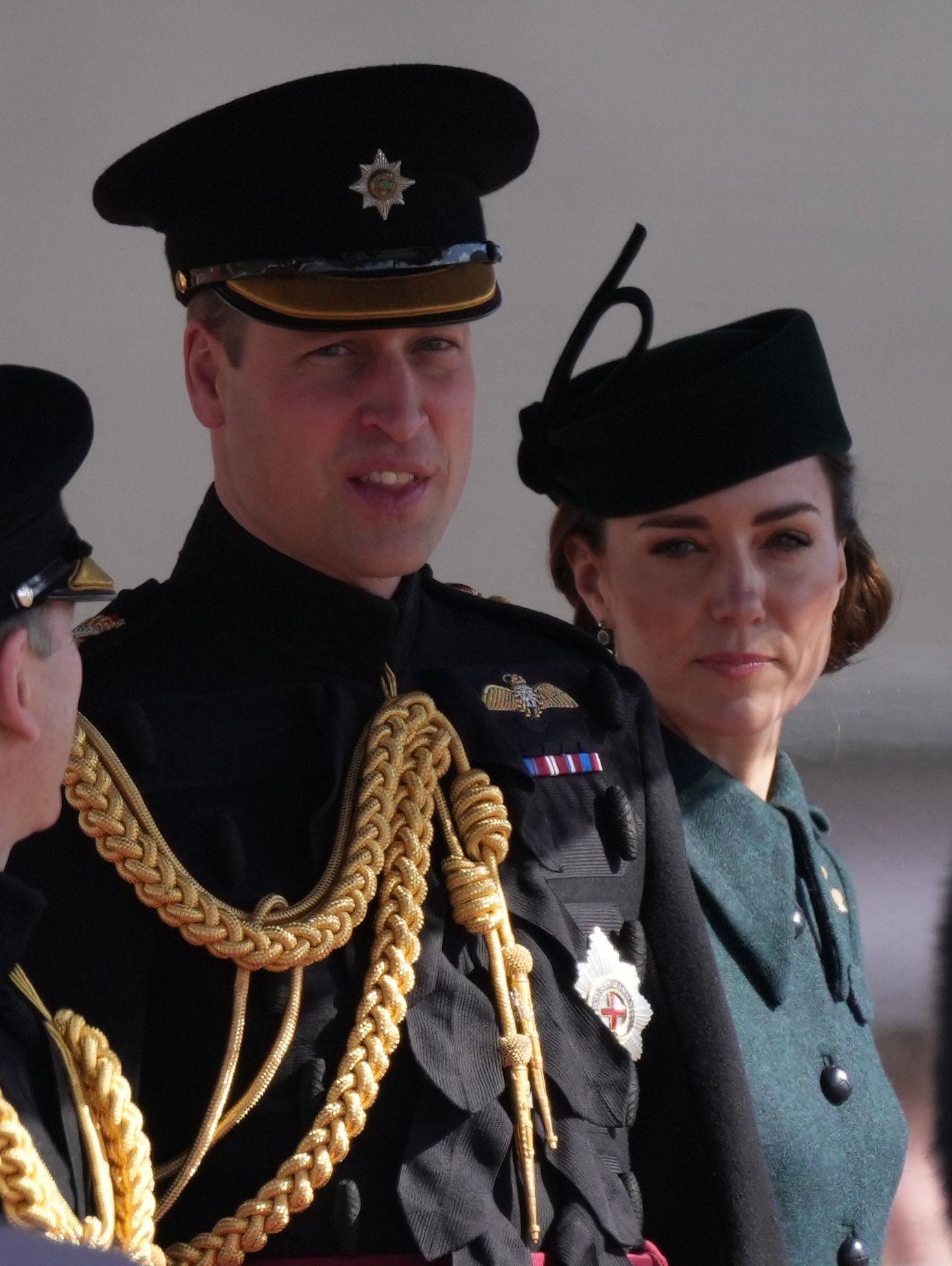 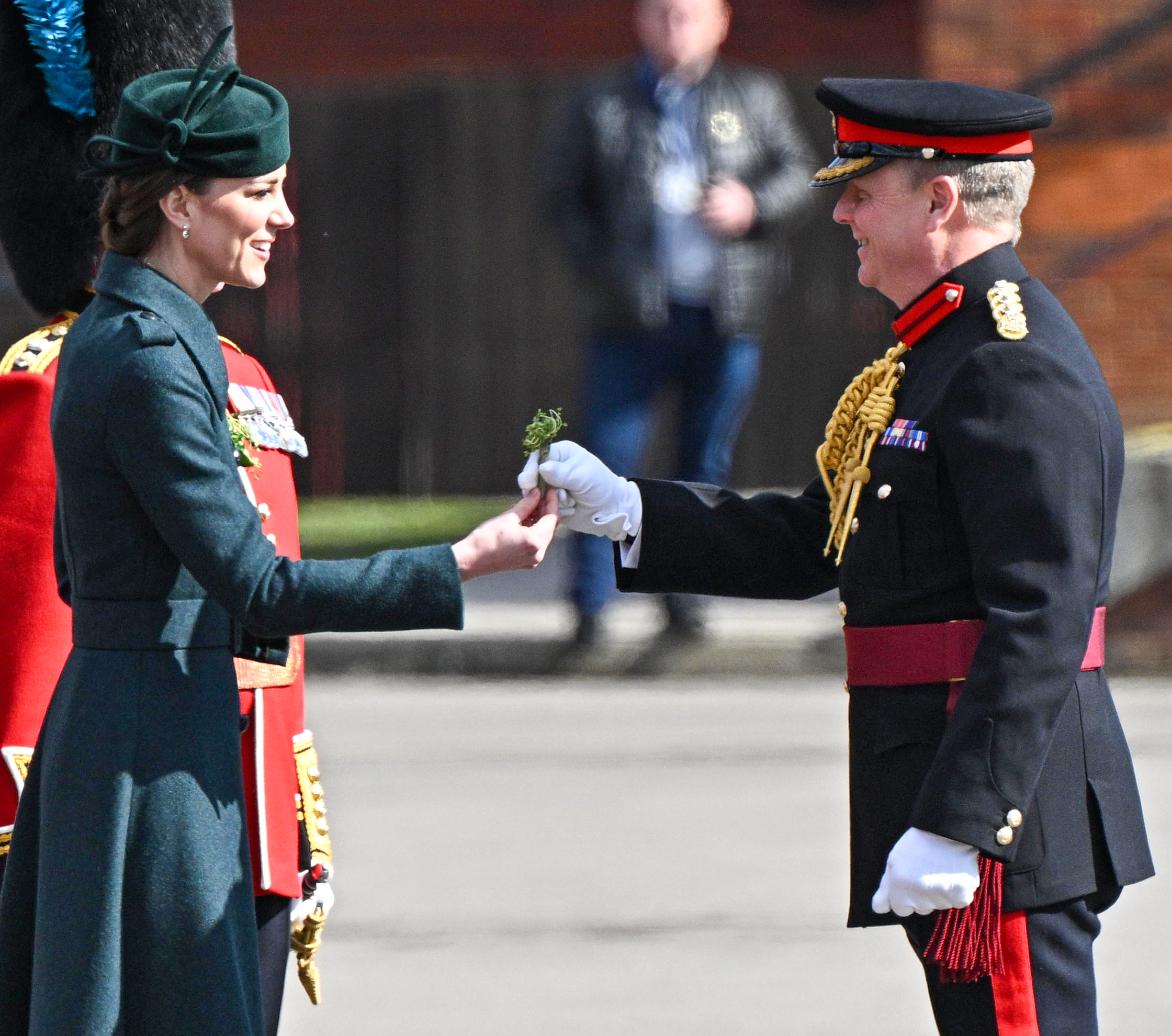 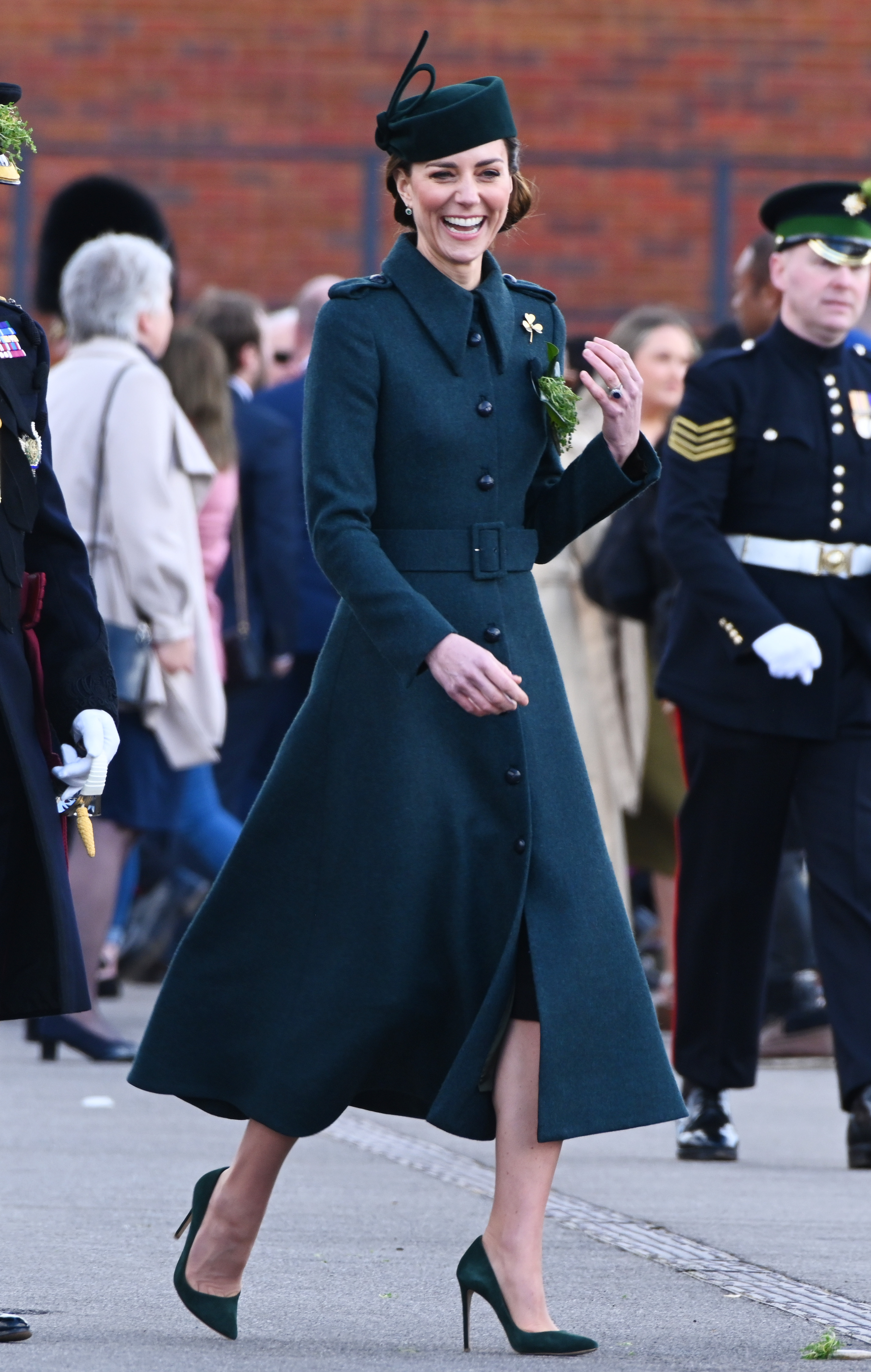 She and Prince William visited the 1st Battalion Irish Guards at the St. Patrick's Day Parade, Mons Barracks in Aldershot.

The couple have presented the traditional sprigs of shamrock to the Officers and Guardsmen.

Kate will also present the battalions mascot – an Irish Wolfhound, named Turlough Mor – with his own sprig of shamrock.

The custom of presenting shamrocks began in 1901, and was usually carried out by the Queen Mother.

In recent years Princess Anne had taken on the job – but since 2012 Kate has taken over. 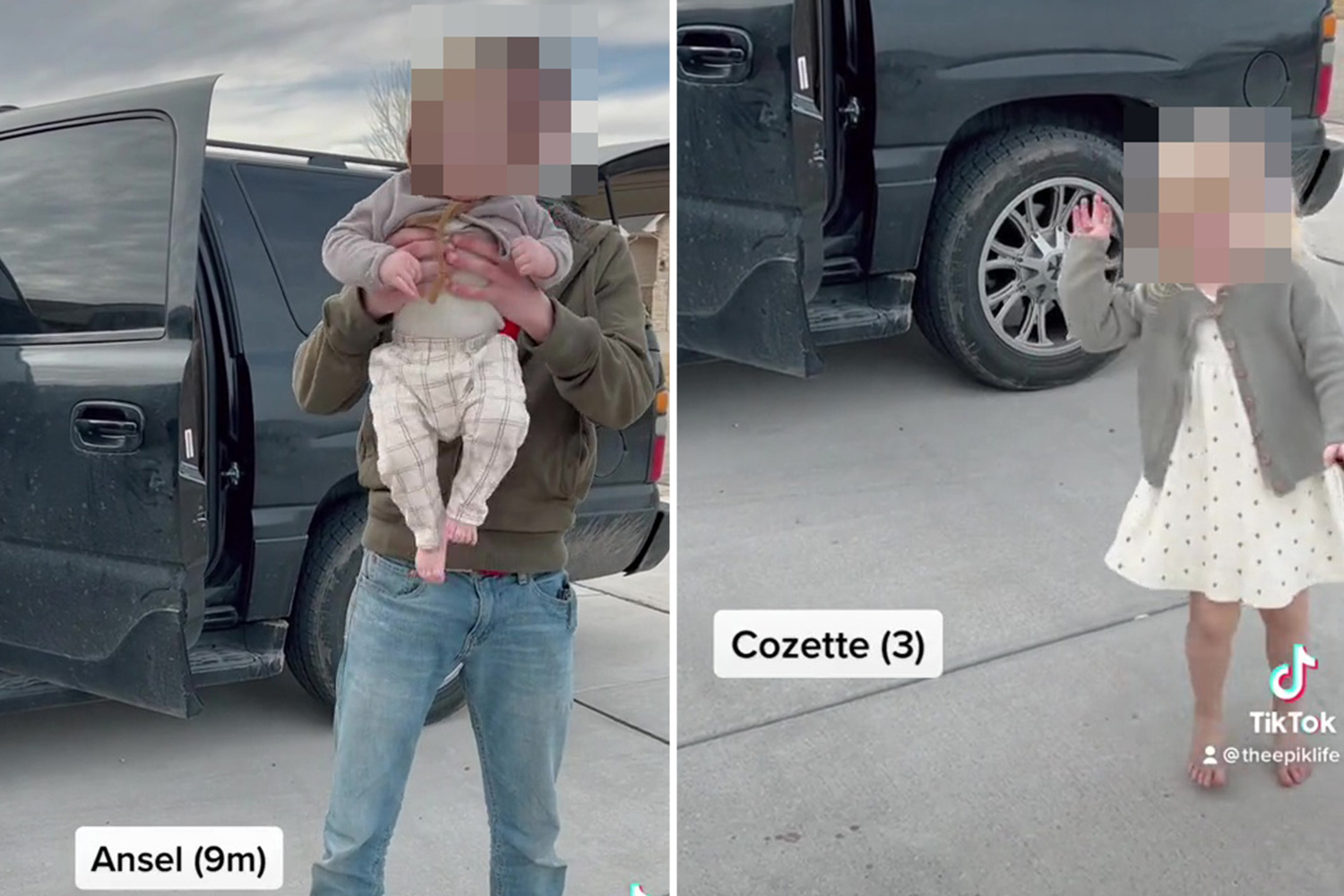 I gave all my kids unique names, trolls say they'll have a lifetime of bullying 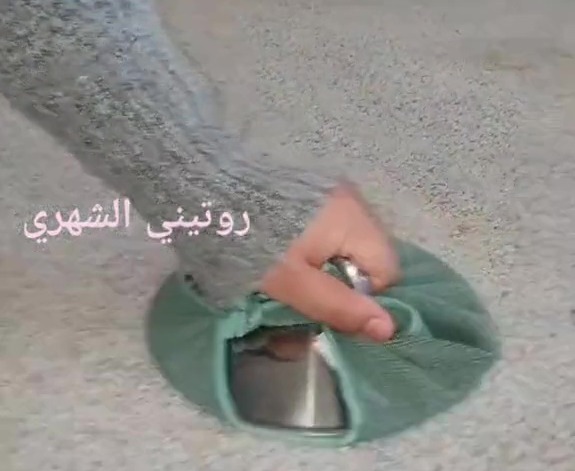 Prince William is currently the royal colonel of the Irish Guards, who have been a part of the army since 1900.

It comes as Kate and William are preparing to head to Jamaica as part of the Queen's Platinum Jubilee tour.

The Duke and Duchess are set to travel to Belize, Jamaica and The Bahamas on March 19 for an eight-day tour.

Their trip is part of a series of events to celebrate the 95-year-old Monarch's 70th year on the throne.

Brits will enjoy a four-day Bank Holiday weekend from June 2 to June 5 to ring in the milestone – with plenty of treats in store to mark the occasion.

Kate and William's overseas trip overlaps a visit to Ireland for Charles and Camilla.

The future King and Queen Consort are set to make a three-day visit on March 23. 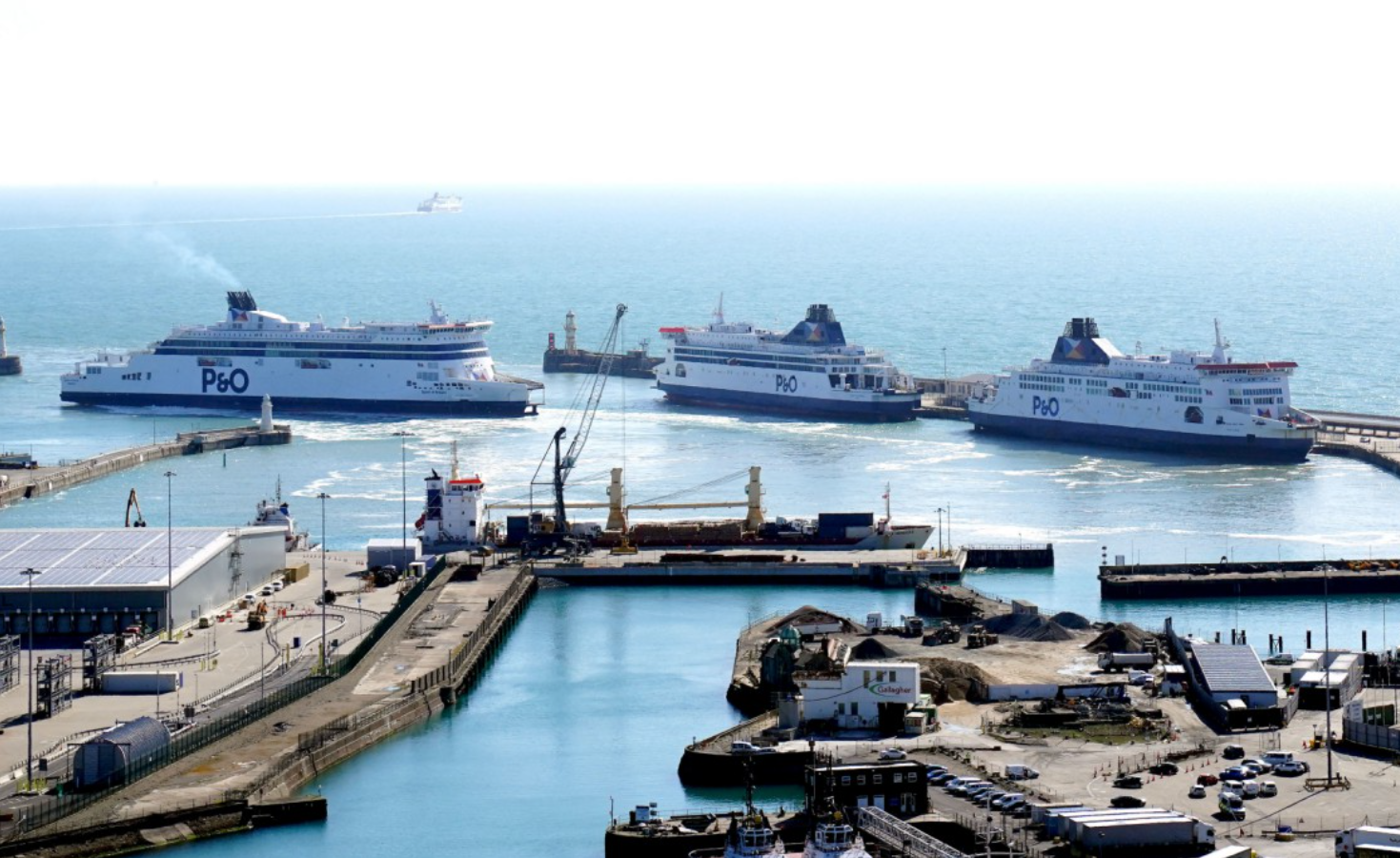 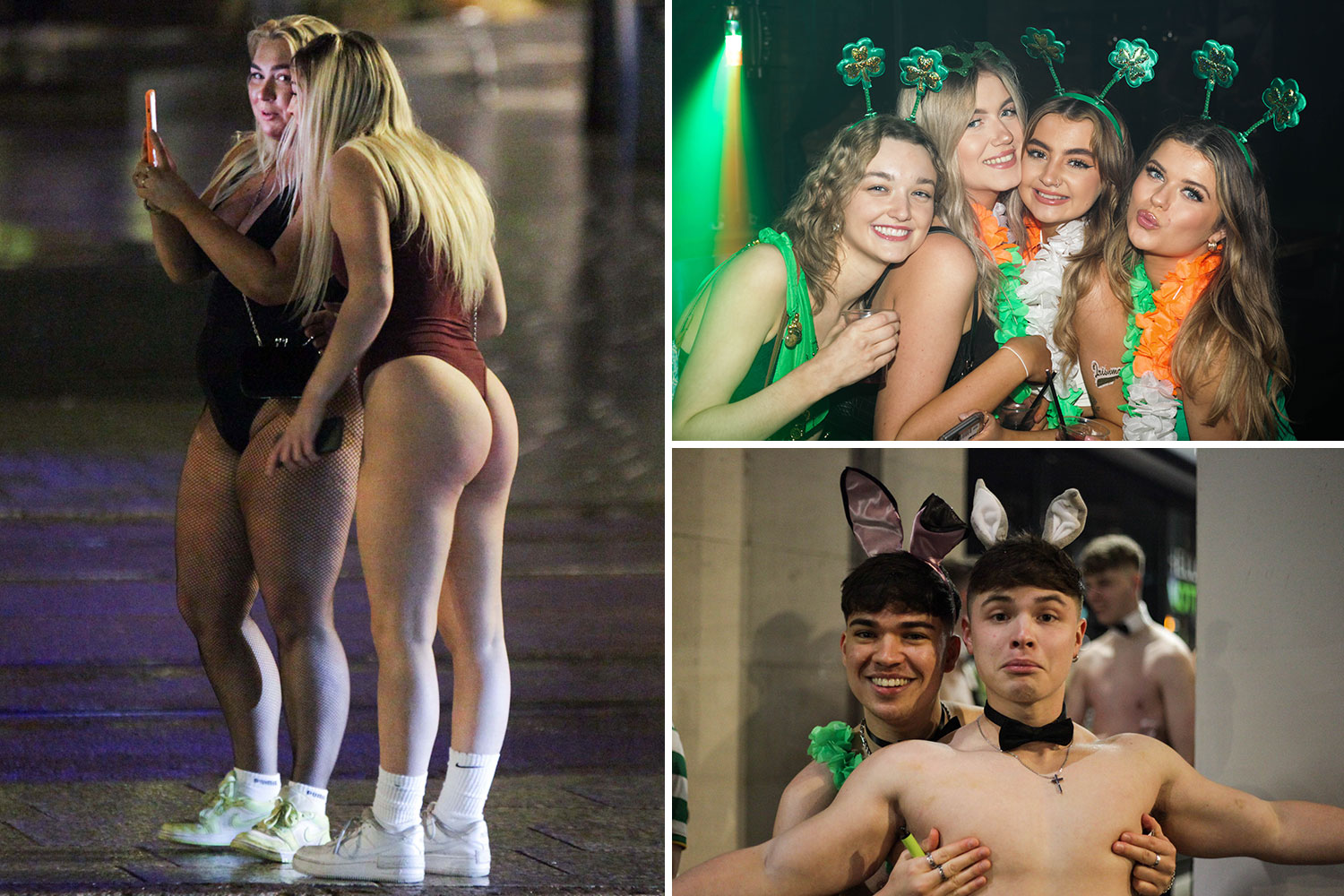 The Earl and Countess of Wessex will visit Antigua and Barbuda, Grenada, St Lucia, and St Vincent and the Grenadines from 22 to April 28 2022.

And Princess Anne will visit Papua New Guinea from April 11 to 13. 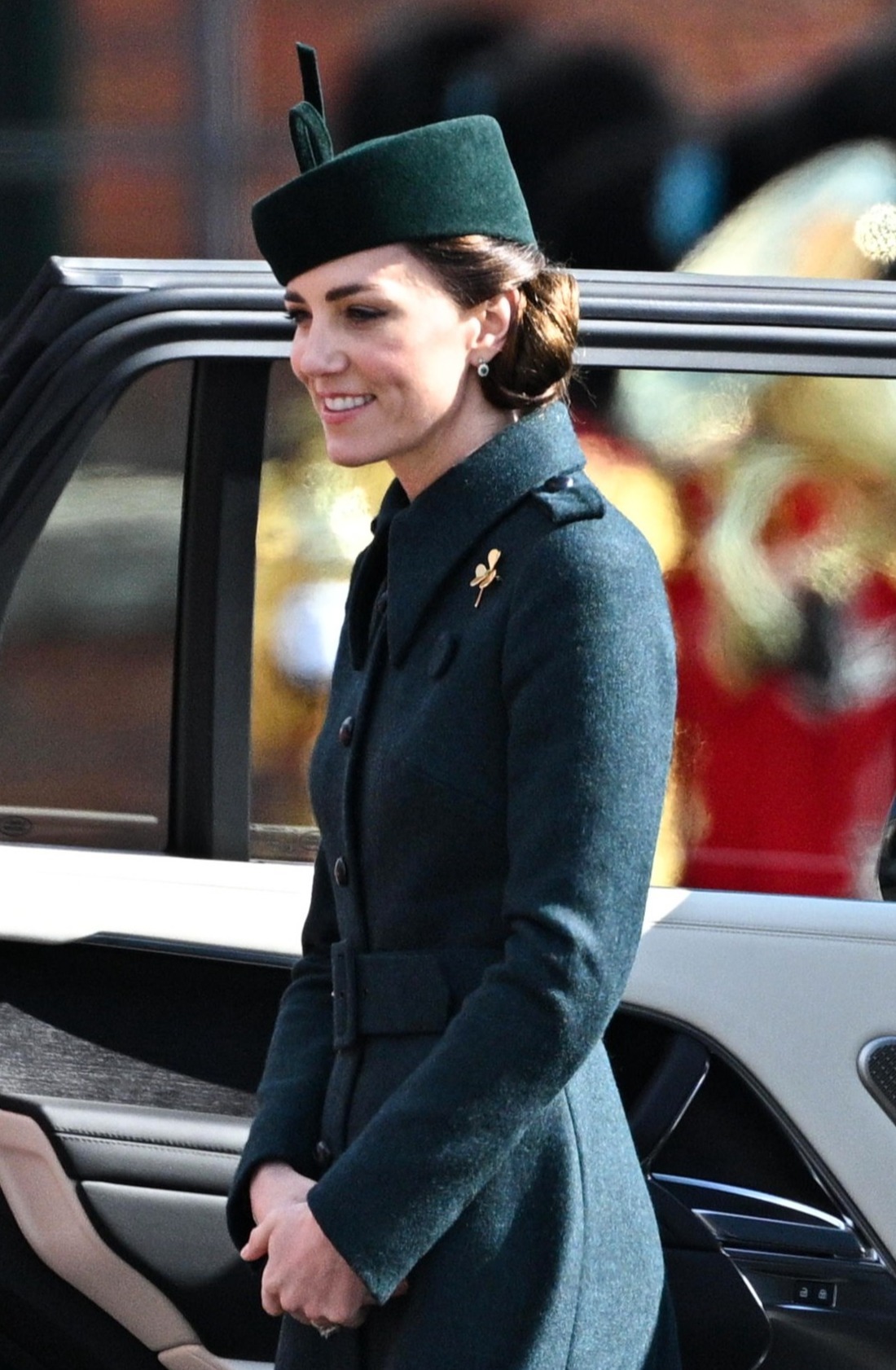 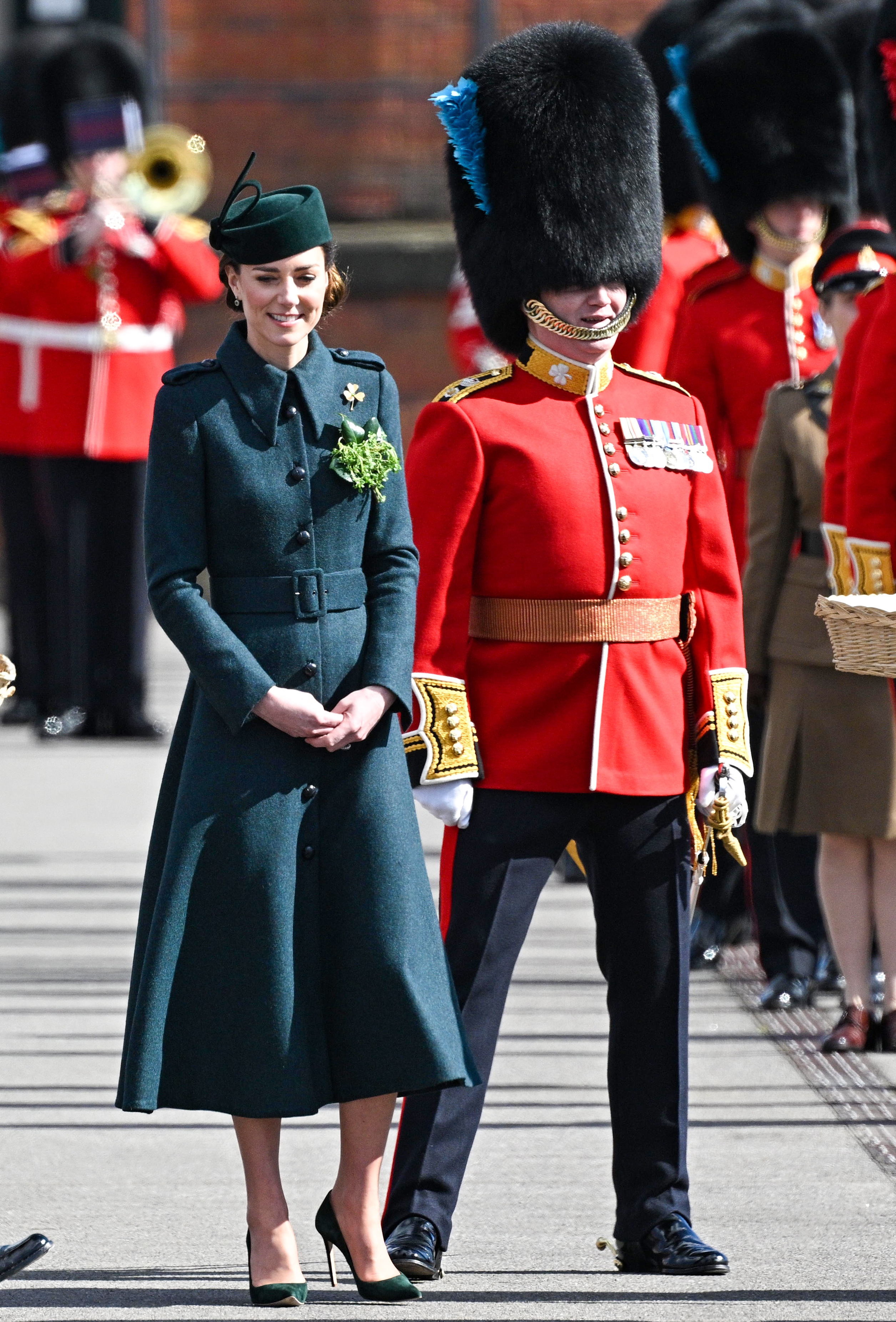