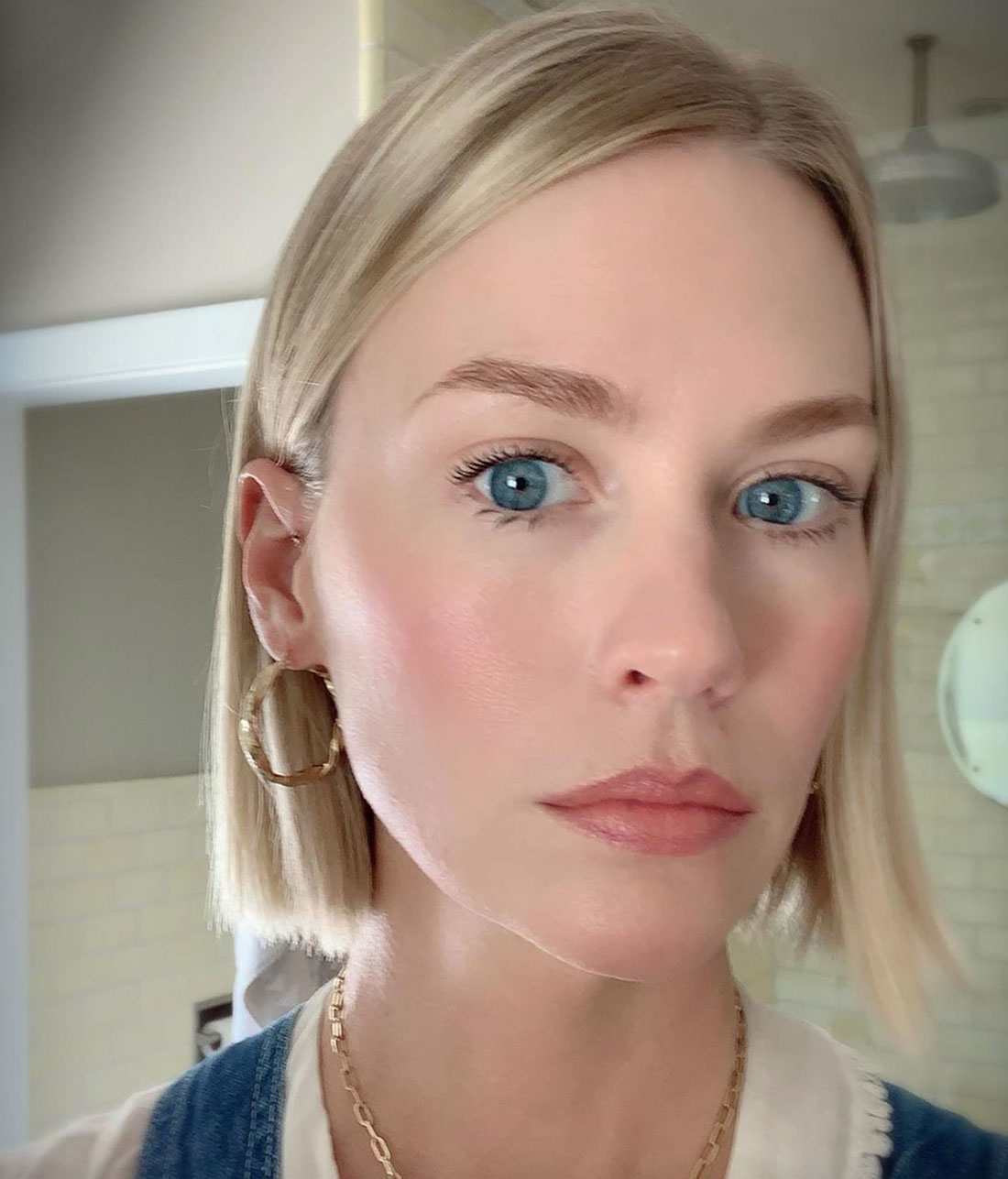 January Jones is bringing back a ‘90s look we never thought we’d love to see again. But we do!

On Saturday, October 5, the Politician actress posted a selfie to Instagram, showing off her fresh (and enviable) makeup, which included a dusty rose lip with a visible, darker line tracing the edges. This standout addition gave Us total Kim Mathers at Eminem’s album release party in 2000 vibes. But apparently, for Jones, it called to mind someone else.

‘90s Fashion Legends Continue to Slay on the Runway — Heidi Klum, Naomi Campbell, Kate Moss and More Then and Now

“Dedicating this lip liner pic to all the girls in my high school,” she wrote in the accompanying caption, calling out on high school girl in particular. “Melanie Krumvieda specifically, wherever you are.”

At 41-year-old, the Mad Men star would’ve been a ‘90s teen. And even though we’d assume she’d be a trendy one, it turns out Melanie Krumvieda was the real trendsetter.

One of the most recognizable supermodels of the era, Linda Evangelista, commented on the actress’ post in support. “I’m still there…” she cheekily wrote.

Looks from this decade have been making a major comeback this year, with A-listers like Kim Kardashian and Tori Spelling getting on board. For instance, KKW Beauty launched a matte makeup collection in tribute to this nostalgic time and naturally it’s filled with lots of nude lipsticks and even more lip liner options to play around with. As for Spelling, as she taps back into her Beverly Hills 90210 stardom, the blonde beauty has been indulging in throwback ensembles, including Donna Martin’s favorite print: sunflowers.

One of the most recent nostalgia trips is Will Smith’s Fresh Prince of Bel-Air-inspired collection. The Bel-Air Academy clothing line features both modern and retro takes on ensembles Smith’s character would likely be seen wearing in the hit TV series.

Seems it’s time for another ’90s trend to come back. In fact, bring on all of ’em! Now excuse Us while we go dig up all the lip liner we can find.