DRESSING head to toe in Louis Vuitton certainly shows you have cash to splash, but does it give you class?

Last week Cardi B, 27, wore the brand’s famous logo printed all over her top, skirt, £3,500 handbag – and even had it imprinted on her hair. 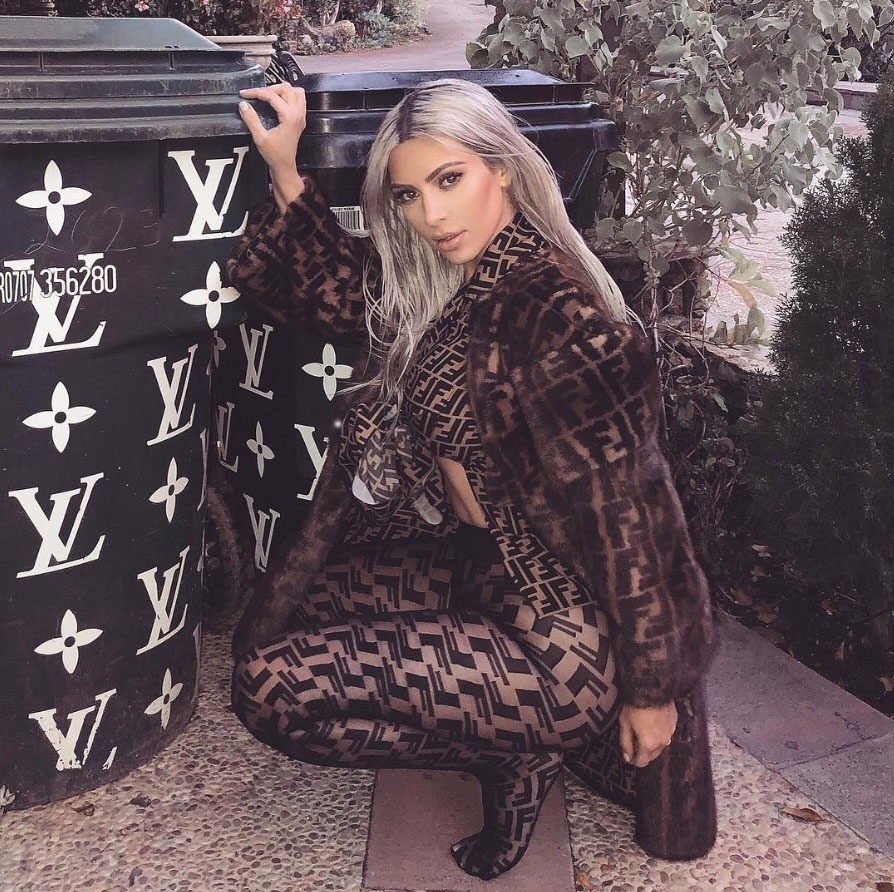 She REALLY likes Louis V, and let’s face it, as a world-famous rapper she can get away with being flashy. But with everyone from Wags to reality stars showing off the famous LV logo – and Kim Kardashian covering her bin in it – is the brand in danger of reaching saturation point and losing its air of desirability?

Fashion Editor Clemmie Fieldsend explains how much is too much when it comes to designer dressing. 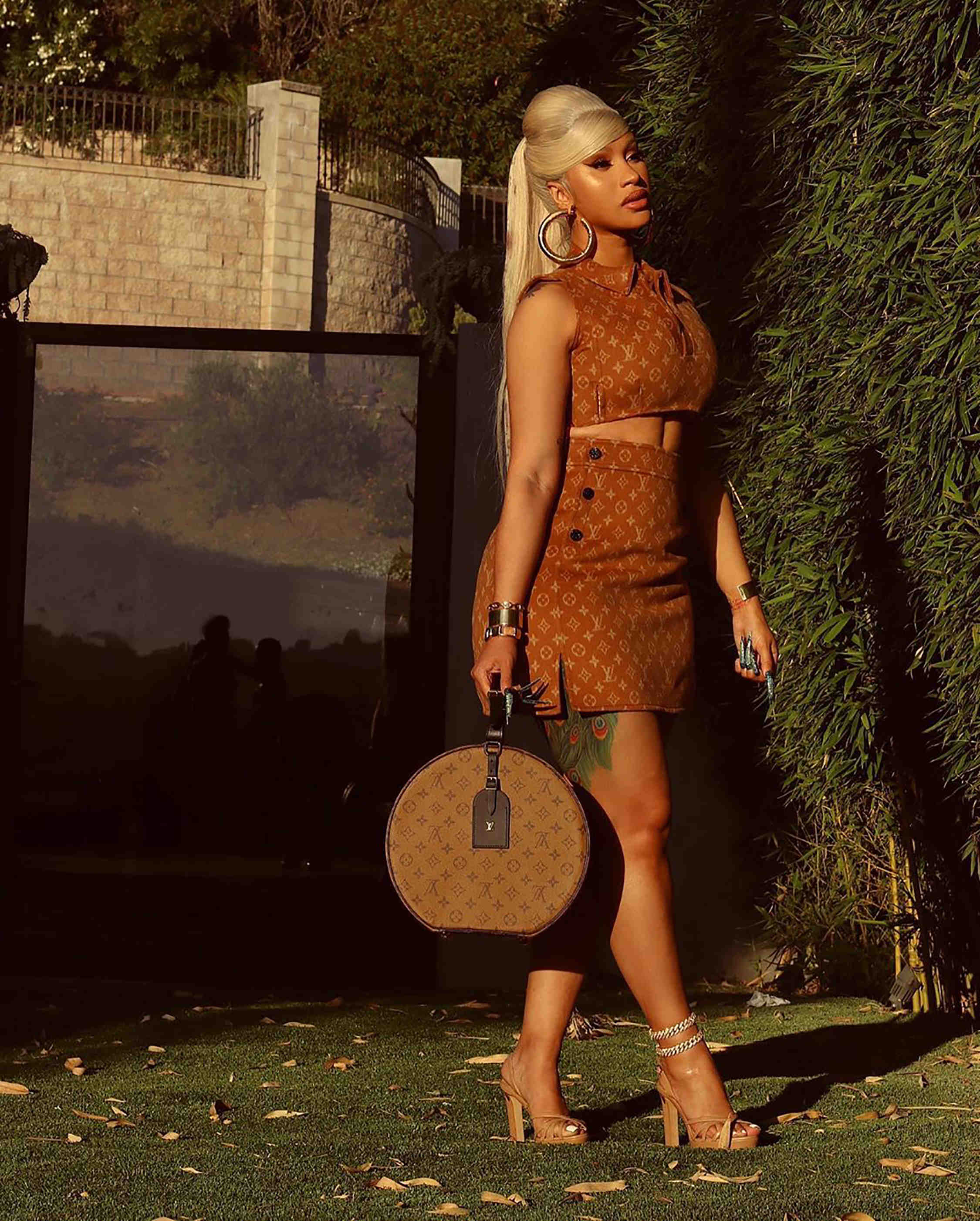 SEEING Grammy-winner Cardi B dressed head to toe in Louis Vuitton brought back stark memories for us in the fashion industry.

Remember when EastEnders’ Danniella Westbrook wallpapered herself and her toddler daughter in Burberry check back in 2002? It’s haunted Burberry ever since — gaining it the nickname “chavvy-check”.

In the Noughties, Burberry, famous for its trench coats and iconic print, was hijacked by Wags like Victoria Beckham  and telly stars such as Caprice — and snubbed by the fashion elite. 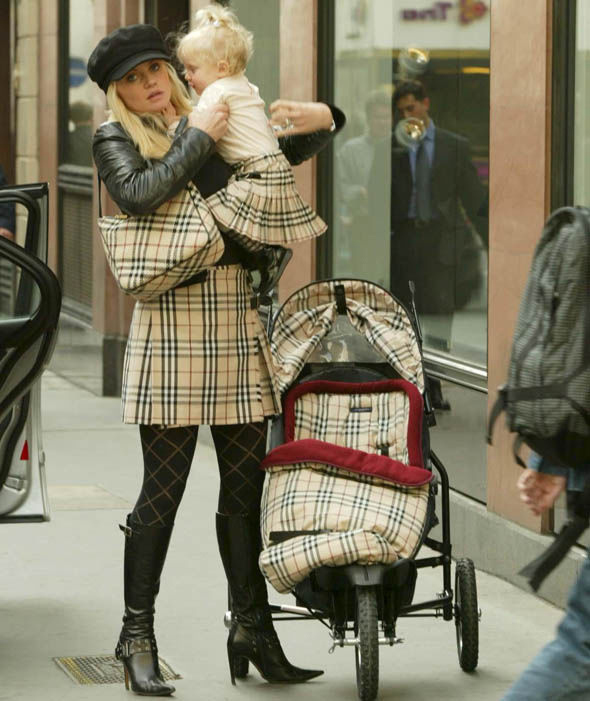 The pattern also became associated with football hooligans — and some city centre pubs in Leicester even banned people wearing it.

This all contributed to Burberry shares diving by 16 per cent back in 2008. To help regain its upmarket reputation, in 2018 Burberry burned £28million worth of unsold stock to stop it being sold off at rock-bottom prices and being bought by people Burberry felt would devalue the brand.

Since then,  the fashion house has toned down its check-covered clothing, reducing its appearance on items from 20 per cent to just five, making it harder to notice.

Now, we hate to say this, but it looks like Louis Vuitton is facing similar image problems.

STARS WHO GOT IT RIGHT

'The French do it best'

When it comes to style, the French do it best — Coco Chanel, Christian Dior and Yves Saint Laurent all made their name in Paris, as did Louis Vuitton.

The brand began in 1854 selling trunks and luggage bags, which can now fetch £1,000. Luxury luggage morphed into handbags and clothing, with more hefty price tags. The label pitched itself towards customers looking for unique luxury that would make them stand out from the crowd.

This heritage is enough to make anyone with some LV merch feel they are in an exclusive club. But these days the clientele is broader. The Wags have fully bought into the brand, with Alex Gerrard, Coleen Rooney and Rebekah Vardy all carrying the must-have bags. 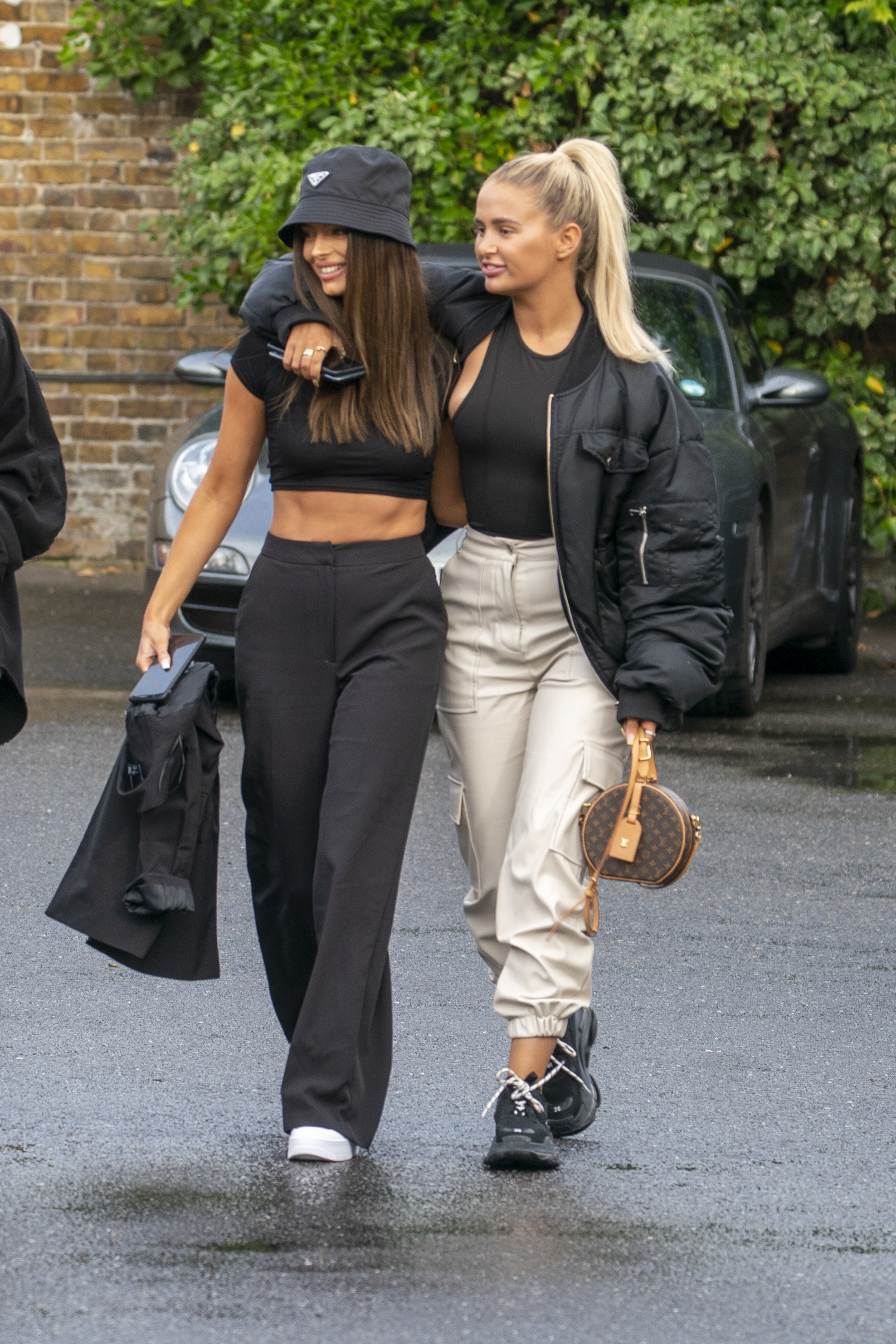 And reality stars such as Molly-Mae Hague are fans, too.  Singer Miley Cyrus has worn a pair of jeans emblaz­oned with the logo. And then there was Kim Kardashian squatting next to her Louis Vuitton wheelie bin.

So is the brand trash? Of course not, if worn modestly. Some celebs are still getting it right. Cue models Karlie Kloss with a cross-body bag, and Kendall Jenner with a handbag.

With the rest of their outfits kept plain and sleek, the Louis Vuitton bags pop out just enough. Louis Vuitton has some more moderately priced goods too, so buying into the brand is more accessible for all.

Less expensive products include the signature Neverfull tote bags, still from £1,000, along with purses from £320 and cardholders from £145, meaning not everything is out of reach for us normal folk — should we get a windfall. 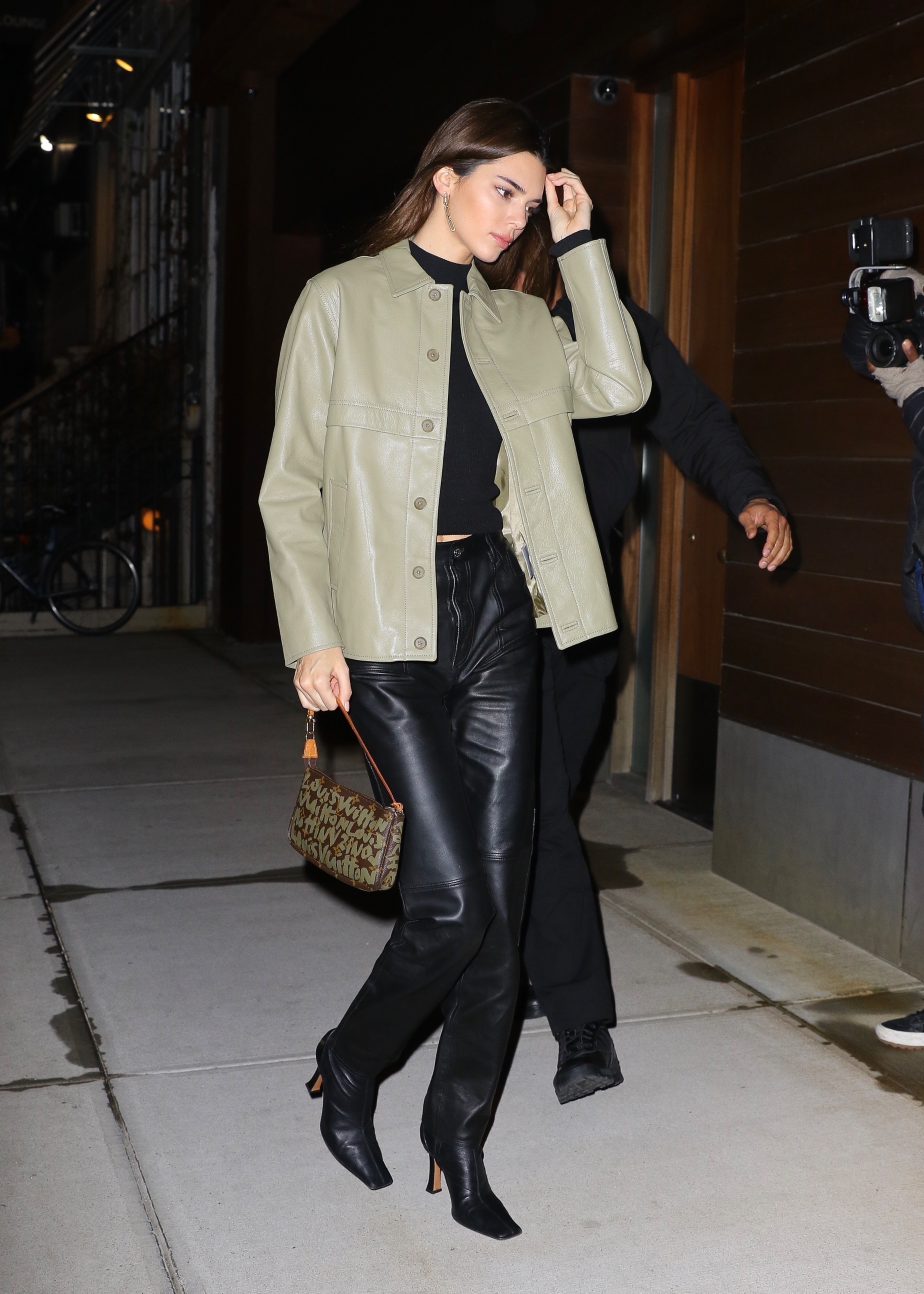 HOW TO WEAR LOUIS VUITTON

YOU don’t want to be a fashion disaster when you’re sporting your favourite designer gear so here are our Fabulous tips on carrying off the look . . .

But, just like with Burberry, the many copies knocking about have diluted the brand’s appeal. TikTok has videos showing designer dupes on  websites. And AliExpress.com, nicknamed “China’s eBay" has many low-priced fakes.

In June, a storage container packed with counterfeit goods worth £10,000, including Louis Vuitton products, was destroyed by trading standards officers in Birmingham.

The problem is, you can have too much of a good thing. But sticking to the rules of Parisian chic, Mr Louis Vuitton would probably recommend understated style.  So splashing out on a purse isn’t going to ruin your style-cred — and nor will it ruin the brand’s.