IT seems that raunchy couples are heading to the cinemas to get their jiggy on with each other.

And one cinema worker is exposing them. 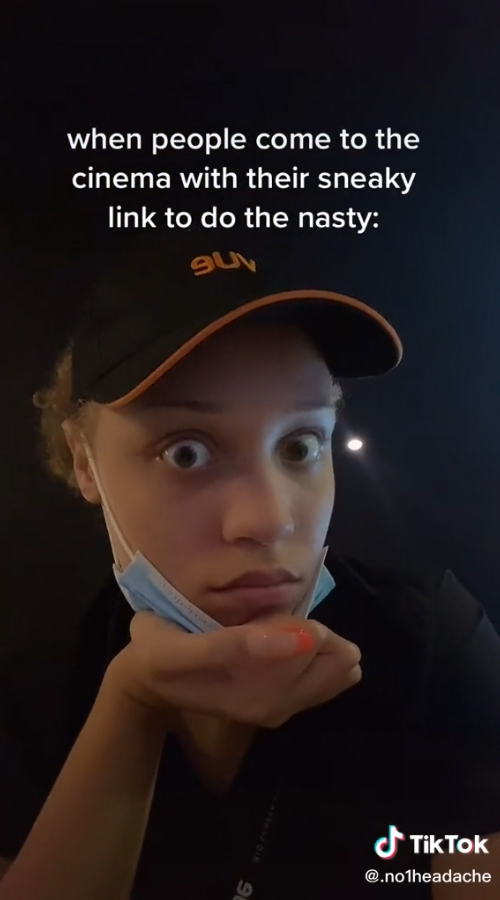 The woman, who goes by the name of @.no1headache, has revealed that she is constantly having to look away from the CCTV screen because of some randy couples.

Filming herself in shock, she wrote on the video: “When people come to the cinema with their sneaky link to do the nasty.”

The video, which has been watched over two million times, is captioned: “We see everything.”

She then comments on the video, writing: “We also have night vision goggles so we’ve seen it all.”

And people were stunned to believe just how much they could see.

It even shocked some people who risk taking their food into the cinema.

One wrote: “So y’all see me take my whole fridge outta (SIC) my bag.”

Another added: “I’m more scared about them knowing I take my own food there.”

“Wait you have camera bruv,” a third wrote.

A fourth wrote: “How do people not know this.” 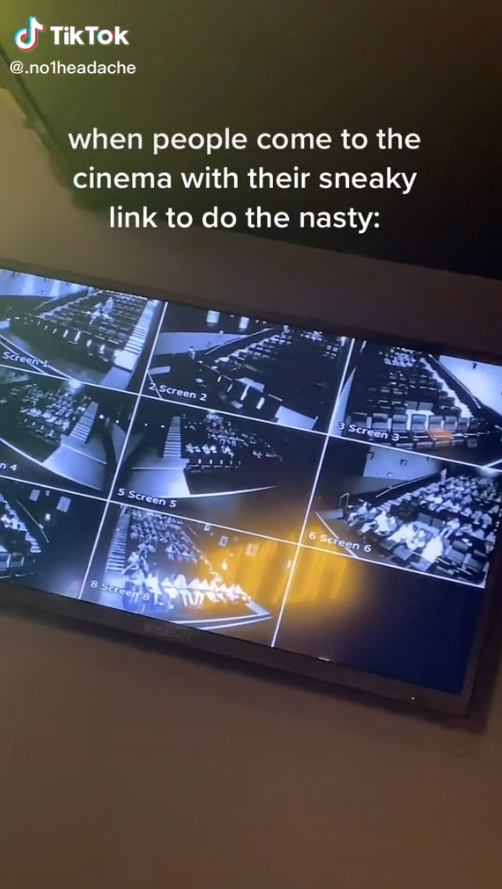 Or check this woman who filmed herself having sex, her "belly was wobbling" but she has five kids and "looks hot as hell."