A WOMAN has revealed how she was told she couldn't have kids – but is now a proud mum-of-five.

Posting on TikTok as @deangirlzmomoffive, Mrs Dean shows off her adorable brood. 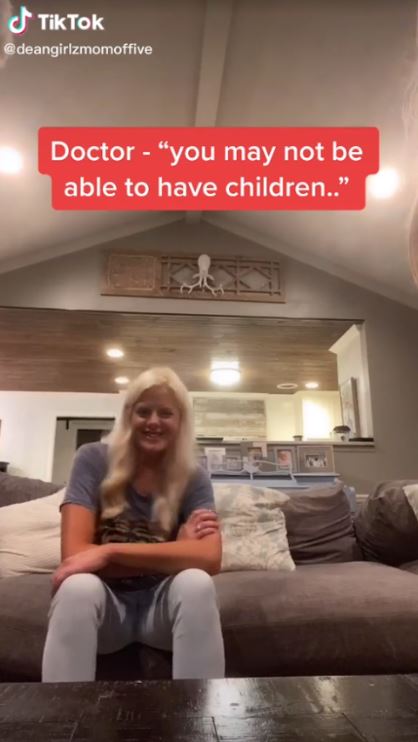 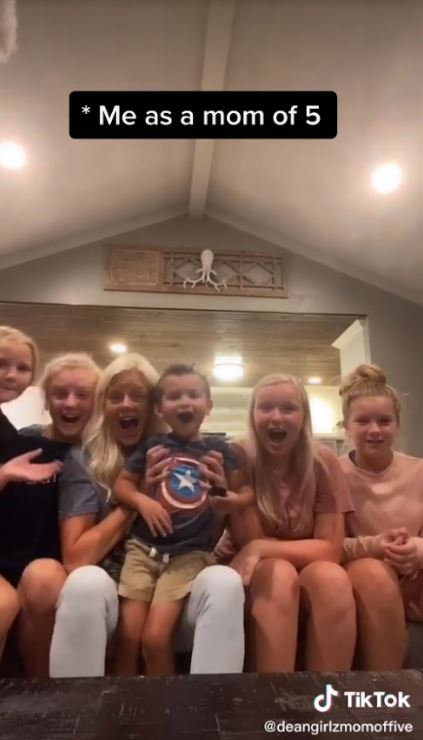 In one video, she reveals how a doctor told her "you may not be able to have children".

But then she reveals her large family one by one, saying: "Me as a mom of 5".

She has four girls – including eldest daughters Macy and Emmy – and just one lad, her youngest.

In another clip, the mum shares "what having five kids is like…"

Sipping a hot chocolate with marshmallows, she lip syncs to Alanis Morissette's song Hands In My Pocket. 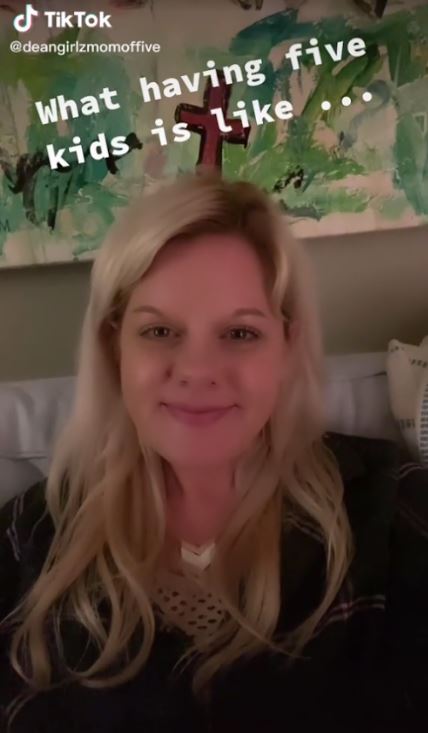 We previously spoke to a woman who fell pregnant at 14 – now 36, she's a mum-of-11 who wants six more… and doesn't use contraception.

Meanwhile, this nanny raised a Brit couple’s surrogate baby for 10 months after they couldn’t fly to the US to get him.