Helen Pritchard, 41, a marketing entrepreneur, lives in Cheshire with partner Stu, 42, and her daughters Katie, 16, and Megan, 14.

“At the supermarket checkout, my cheeks burned with humiliation as I realised I was short of money. 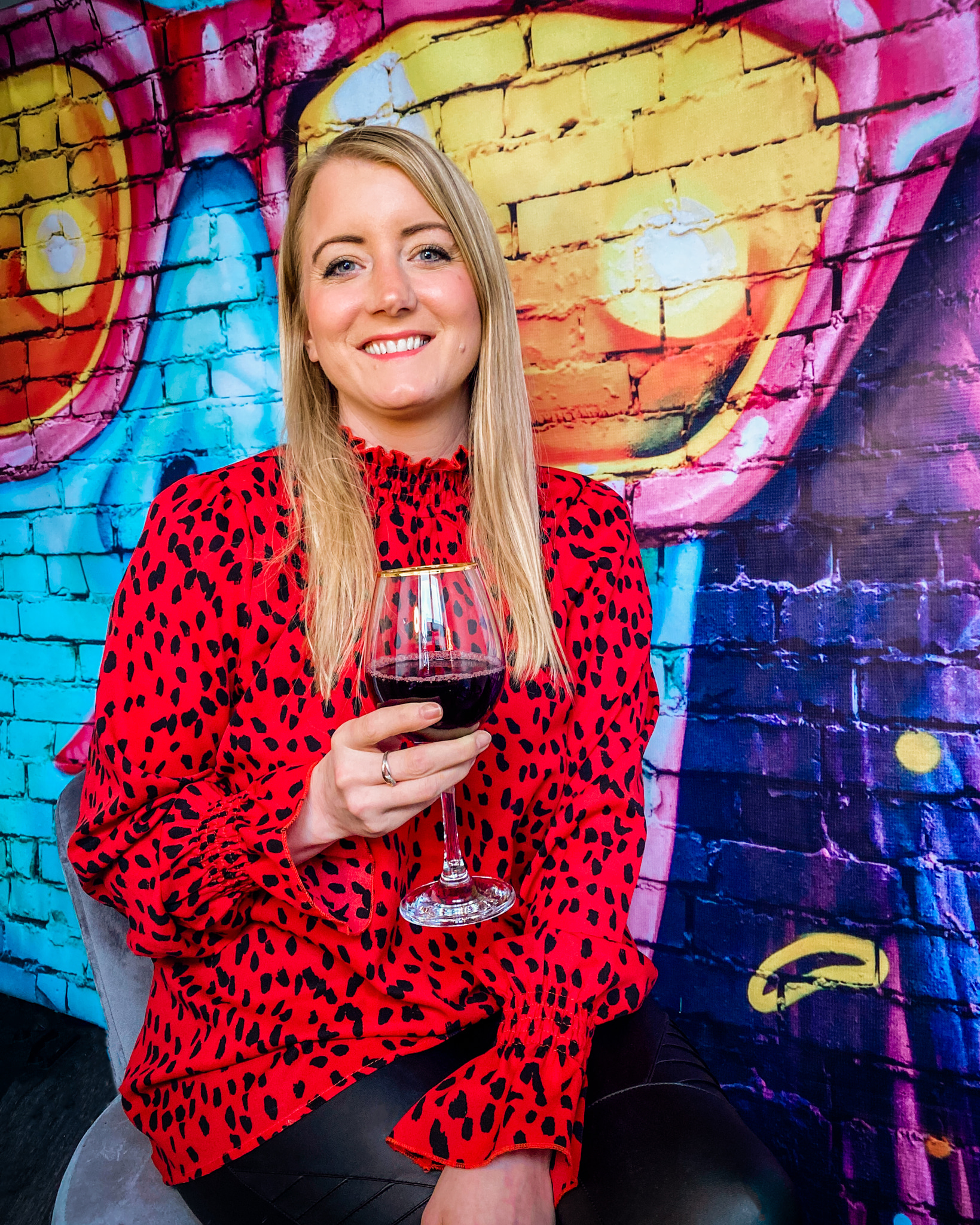 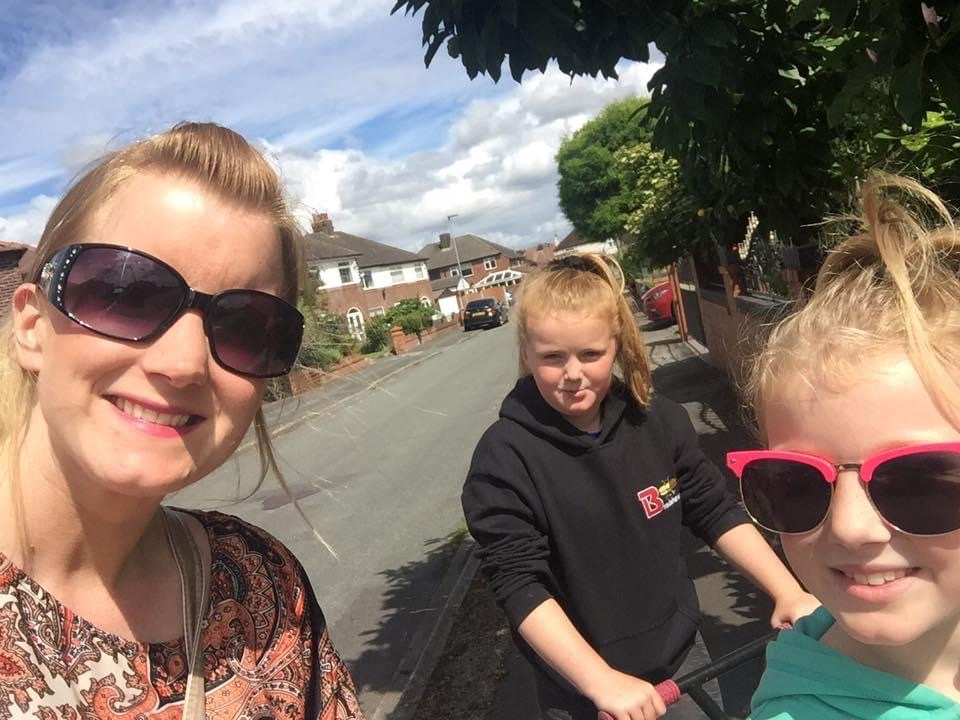 I hurriedly removed some items before paying, then ran out in tears. A single mum drowning in £90,000 of debt, I just didn’t know how to get out of such a mess.

Growing up in Lymm, Cheshire, my family didn’t have much money. But I was ambitious and at 19 I got a job in recruitment.

Two years later, in summer 2001, I met Adam, a builder, on a night out. We married in September 2003 and had our daughters Katie in February 2005, followed by Megan two years later.

I did baby-massage classes with both of the girls, which led me to set up a small holistic-therapy company offering reflexology at home.

I loved promoting my business on social media and soon realised I had a talent for it, so when Megan was almost a year old I launched a digital marketing firm.

It was ticking over nicely, but then the financial crash hit in 2008 and most clients pulled the plug, meaning my income vanished.

Things got even worse when Adam’s building firm, which we’d invested tens of thousands of pounds in over the years, then went under.

I became wracked by anxiety.

We’d taken out several loans and credit cards to fund it and I personally was in £90,000 worth of debt. I became wracked by anxiety.

The pressure drove Adam and me to separate in November 2010. On my own with two kids, I was really struggling.

Dinner was often beans on toast, and I had to claim child tax credits and rely on help from my parents when they could.

By early 2011 the debt was spiralling because I couldn’t keep up with repayments and interest was accruing, and I faced having the house repossessed.

I was having regular panic attacks, terrified we’d end up homeless. We were saved when my uncle Andy, 60, offered to buy my house and rent it to me so it wouldn’t be repossessed. I was incredibly grateful.

However, I still faced bankruptcy, so in February 2011, he suggested he settle some of my debts and I enrol on a debt-management scheme with StepChange.

The repayment plan would span six years at £800 a month and any interest would be frozen.

It didn’t stop the threatening letters and daily calls from creditors, and while the girls never complained, I felt terrible for never buying them clothes or toys they wanted.

Holidays were a no-go, as I had to throw everything into getting back on track. 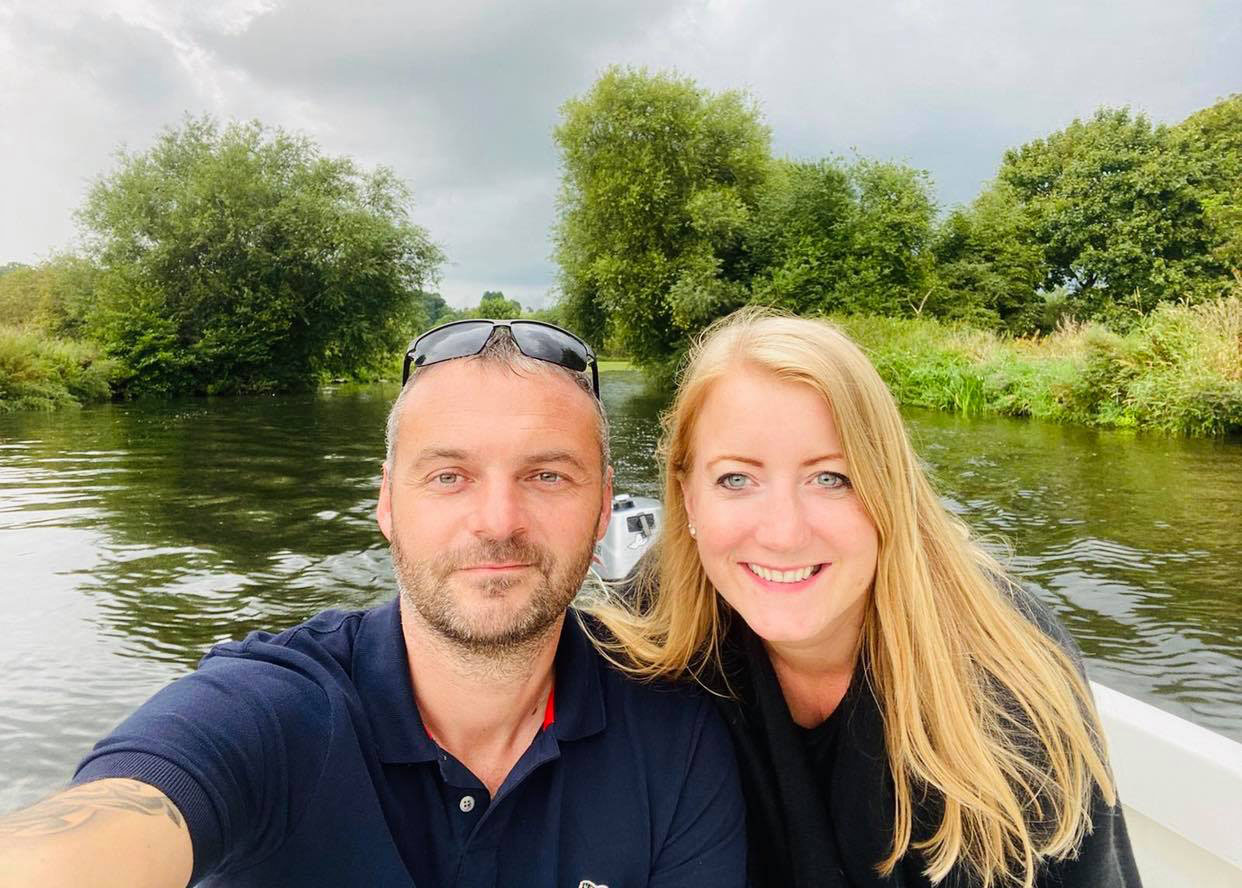 That March, I started working every hour at a sofa warehouse during the day, and at night I worked on getting my marketing business back up and running.

I earned £250 a time managing businesses’ social media, and by winter 2014 things were taking off, so I was able to quit my warehouse job. A year on, I was employing nine staff.

In July 2017 I stumbled upon a new venture –  charging companies £99 for LinkedIn training to help them boost their businesses.

It went crazy and suddenly I had clients in Australia and the US. That alone brought in £2,000 a month, so in January 2018 I decided to close my marketing business and do LinkedIn full-time.

My mental health massively improved and when I became debt-free in late 2018, it was so liberating.

I now have six staff plus freelancers, and I love that I help female entrepreneurs grow their businesses.

Sometimes I have to pinch myself – I can’t believe I’ve come this far.

In September I fulfilled another dream, launching a wine range, sold through my website.

I’ve treated myself to a £7,000 Rolex watch, I love Laurent-Perrier champagne and have had some amazing holidays.

I try not to spoil the girls, but after constantly telling them ‘no’ growing up, I like to treat them. I’m keen that they understand the value of money, though.

It’s taken blood, sweat and tears, but determination can get you anywhere.” 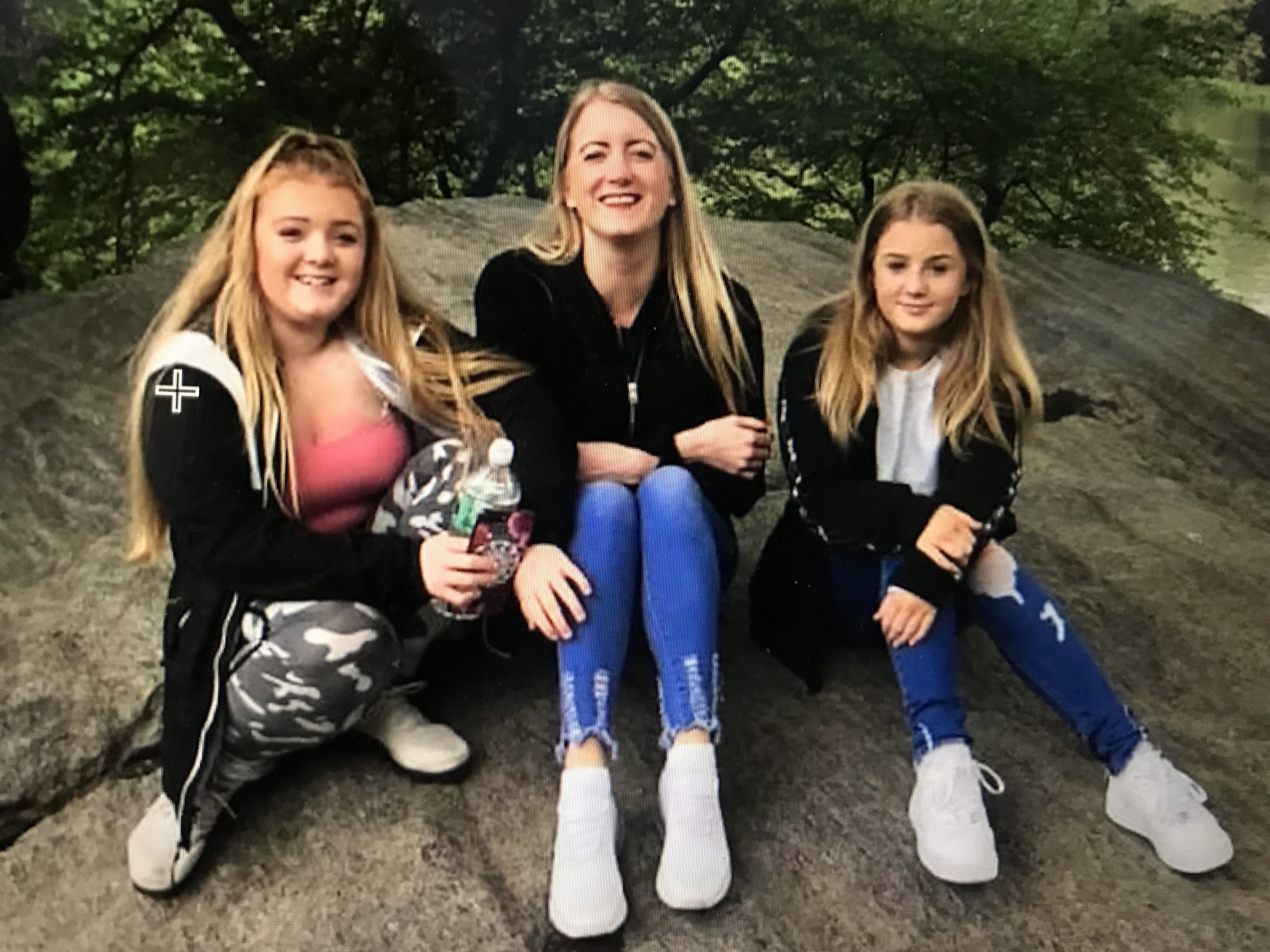 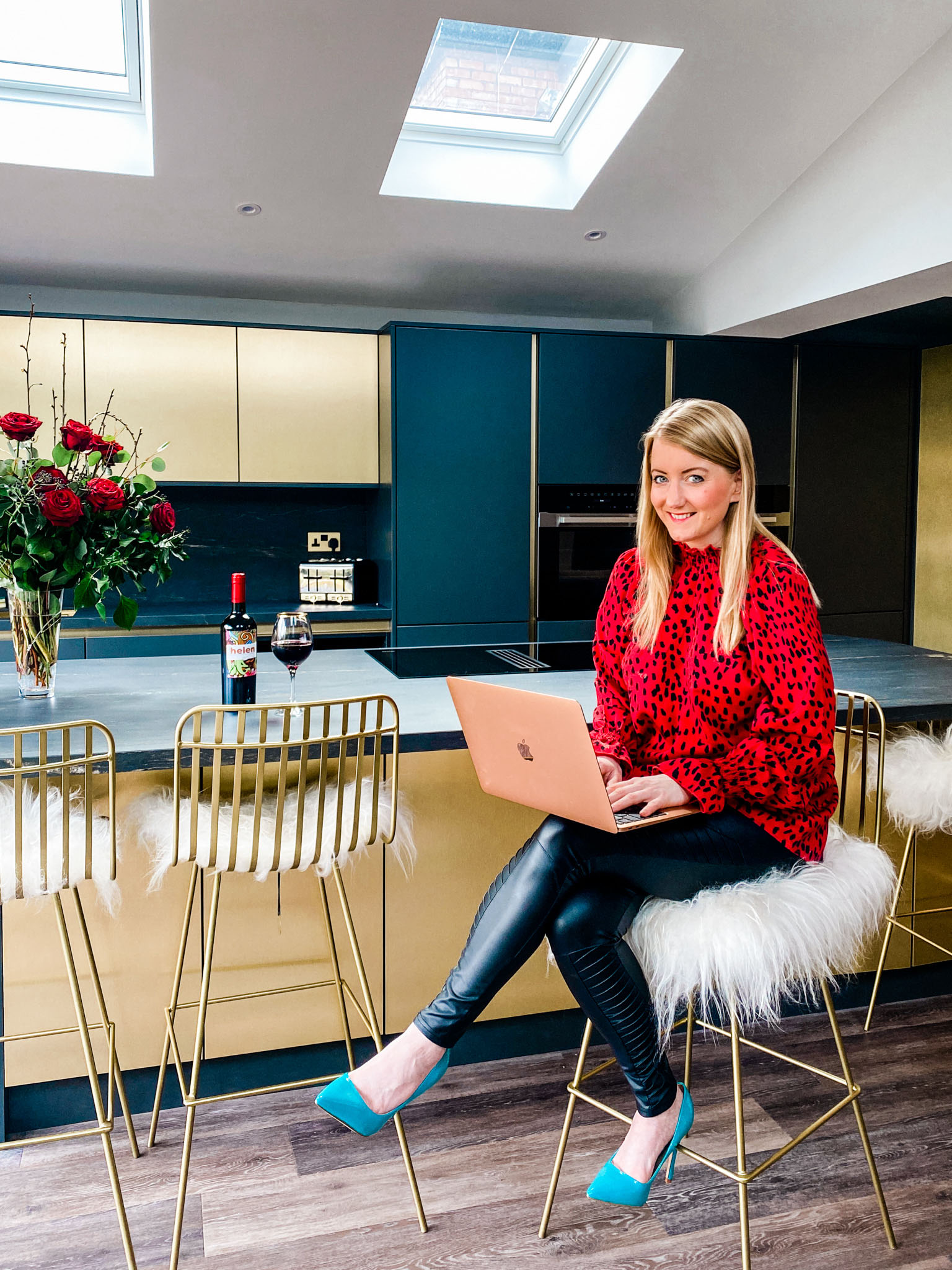